Recently, things have been a bit busy on the home front so here is a long overdue activation report from 21st Dec 2021. After my early Dec trip to Rome and four first time activations, I was eager to go and visit some summits here in the UK before the big Christmas period eating fest. I decided I would re-visit Dunkery Beacon, grab some winter bonus points, and also try two other uniques: Selworthy Beacon & Periton Hill. 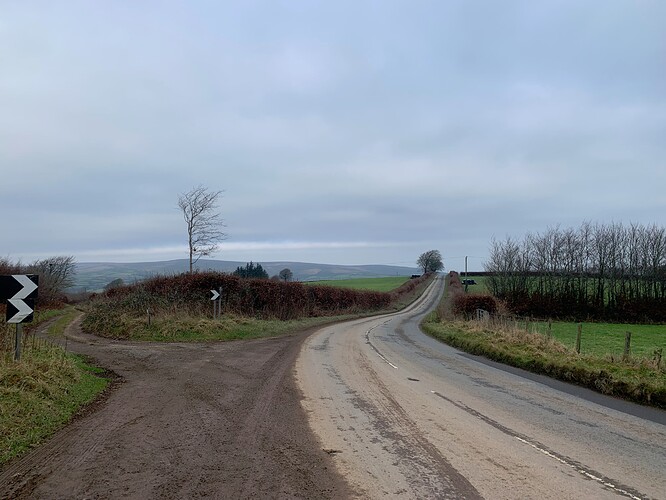 This would be my first winter activation so I was looking forward to getting the bonus points and my first attempt at 20m in the UK. This time I parked at the bend in the road and on arrival at the summit, I emptied out my bag only to find I had left the EFHW antenna at home! Panicking, I rummaged deeper and was relieved to find I had left the older dipole stuffed at the very bottom of the bag. It was windy up here today and getting the 10m pole up and guyed initially proved a bit difficult as the pole toppled over when only 4m up when one of the guys gave way. After a quick MacGyver moment, the pole was up and the dipole was now flapping around in the wind. Six minutes in, I was having my seventh QSO, a s2s with HB9EVF at HB/BL-015. A further four QSOs were logged in three minutes and I quickly realised the difference that working 20m and spotting yourself made - this was a marked difference to my first visit to Dunkery Beacon where I had only worked 2m FM. The wind was still quite strong so the dipole was lowered and I was back off to the car where the sheep were tucking into a fresh bag of salt & grit. 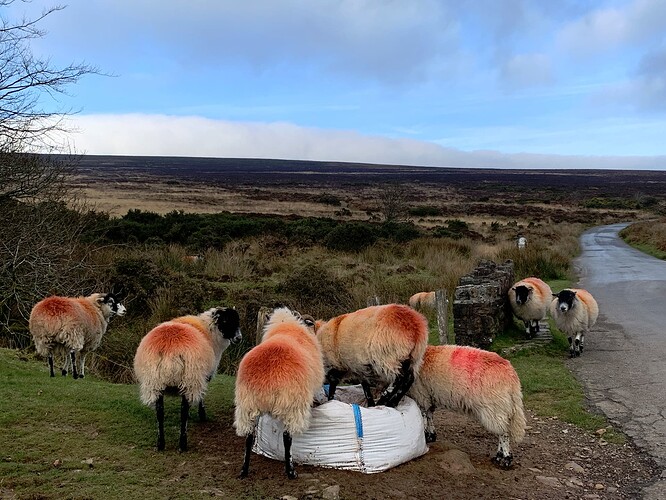 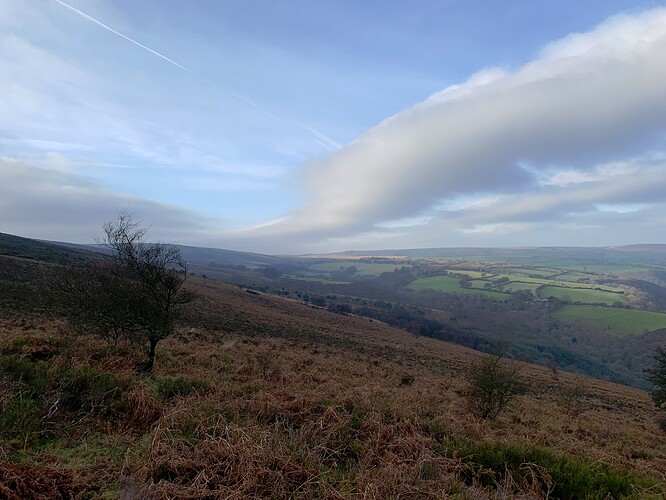 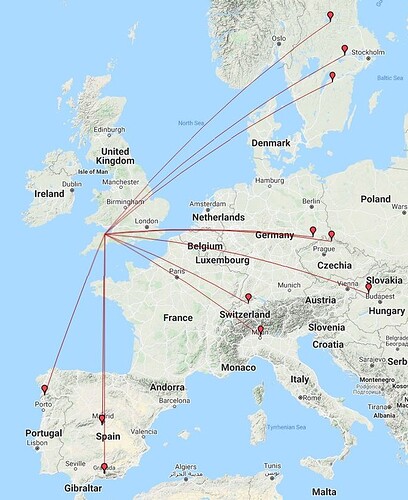 After a 40min drive I was approaching Selworthy Beacon, which was a new summit for me. 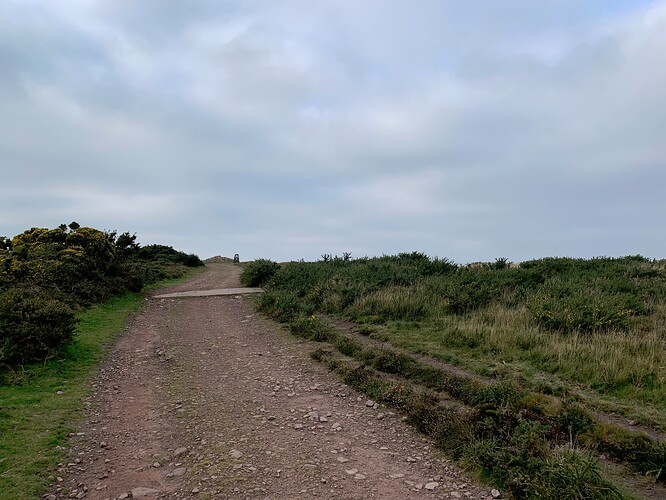 I was very surprised to see how close you could get to it by car and I made a quick mental note as this could make a great location for taking part in a 144 UKAC contest. 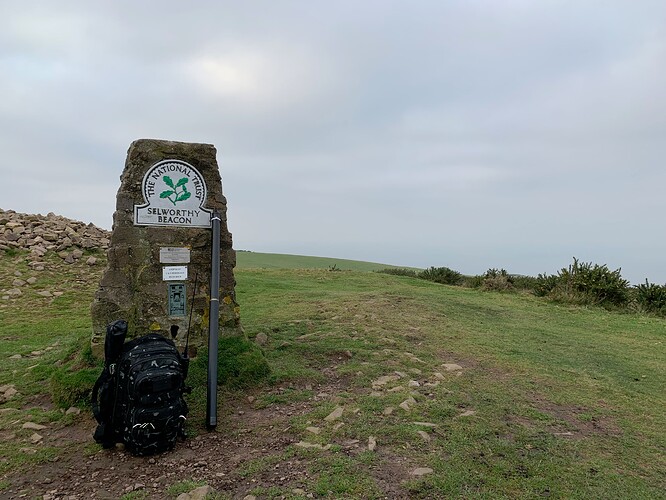 This time I strapped the pole to the trig point, eased up the dipole and perched the FT817 on the trig. 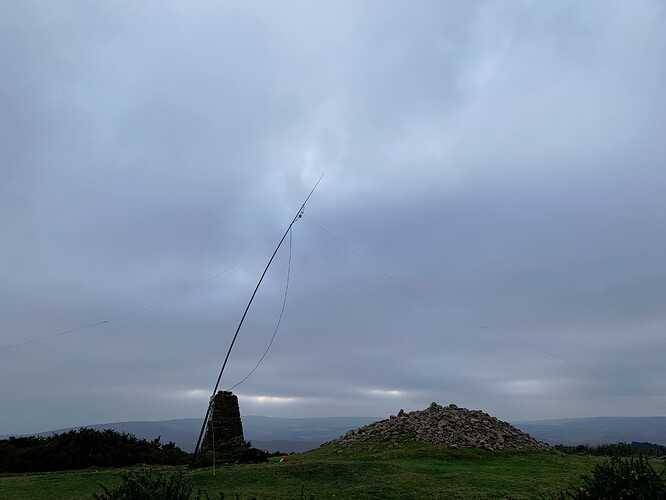 Once again, the alert and self-spot paid off as I logged thirteen QSOs in nine minutes and experienced my first ever mini-pileup!. Although the sky had been very grey on arrival, the sun was beginning to squeeze through some gaps in the clouds so I soaked up the scenery a bit as I had some hot tea from the flask. By now it was 2.15pm and realising I had about two hours of light left I packed up as I still wanted to activate #3. Luckily, it was a very short walk back to the car and I was soon off to my next new unique summit. 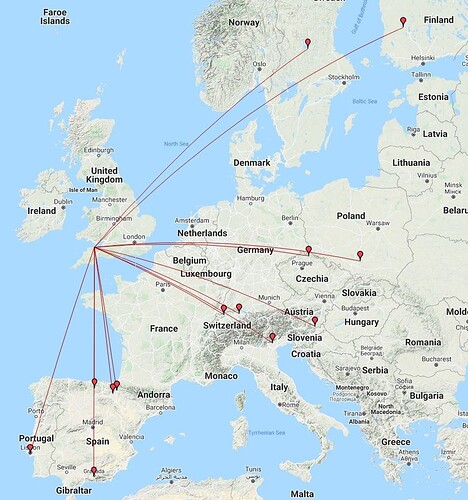 This time it was only about a 15min drive to Periton Hill but I was aware that the trig point was about a further 25min uphill walk away from the car. 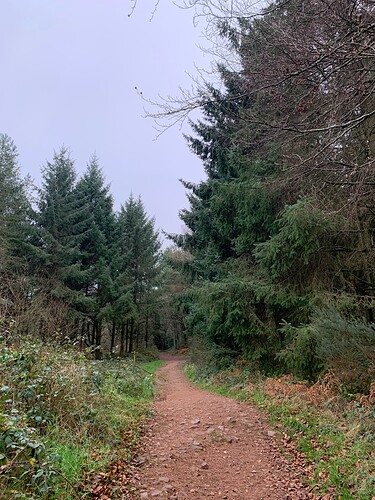 The night before, I had plotted the walk on my iPhone along with waypoints at the various junctions along the footpath. 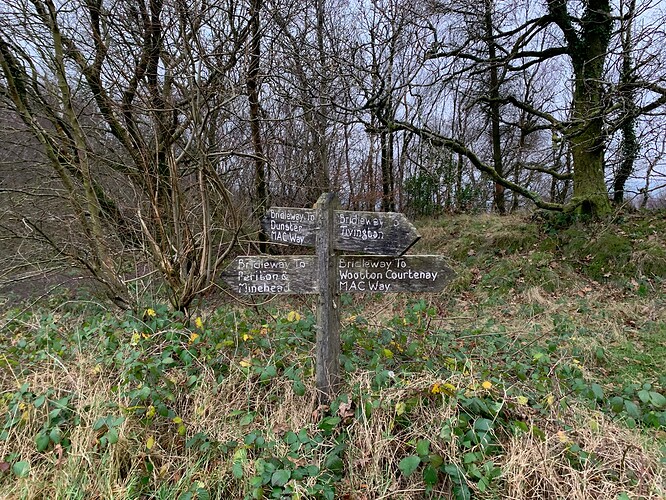 As I did the walk, I was monitoring the 2m/70cms calling freqs and managed a 70cm QSO enroute. Unbeknown to me, this QSO and plotting the route on my phone would both prove to be godsends later on. 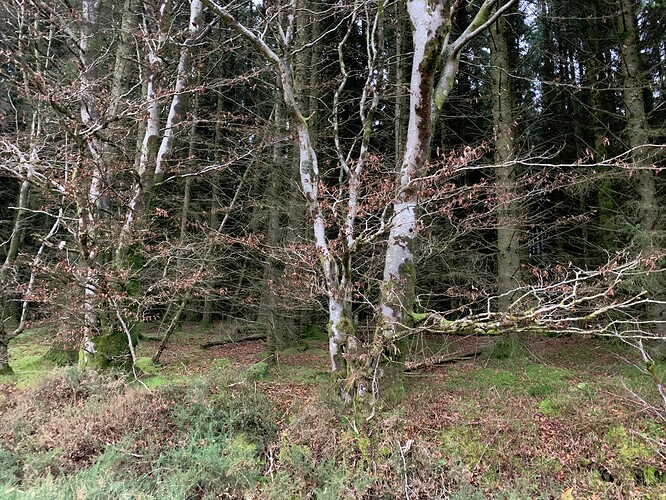 The activation zone was dense woodland (…… I’ve already grown to dislike this type) and the light was fading so I wasted no time in trying to find the trig itself and quickly set up the dipole at a clearing within the zone. By now, band conditions had changed drastically. My alert and spot quickly got me an initial response from Jose EA7GV and then it went completely dead! I dialled around the band and tried to answer the few CQs I could hear but with my 5w they couldn’t hear me. I soldiered on as the light faded further and I began doubting whether I would remember the way back to the car. Then……. Greece opened up and I managed two QSOs some ten mins apart. Three QSOs in 15mins seemed at odds with how things had gone earlier in the day. 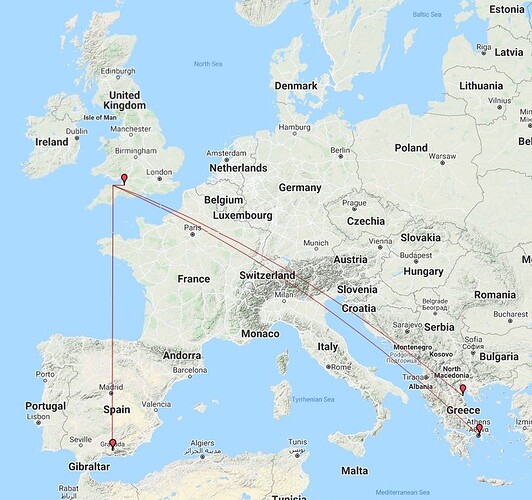 By now it was 4.20pm and dark! On went the head torch and I packed away the gear. Now the fun started. Although I was following the edge of the wood, I couldn’t make out the junctions in the footpaths and missed the first turning. The moon was out but was masked by the dense woodland and the headtorch, whilst okay for operating a radio, wasn’t strong enough to illuminate the footpath. Out came the iPhone which I quickly put into Low Battery mode and then checked my position. I returned to a waypoint and then made the correct turning. Thirty minutes later I was glad to be back at the car and decided not to visit any new unique summits if too late in the day (in terms of daylight).

Thanks for the lovely report and photos. I had one of my favourite days of SOTA so far when I did these three last summer. I was lucky enough to be out on a beautiful sunny day which helped of course. Thanks for reminding me of it and good luck on your next adventure.

Am glad the report brought back some good memories. I’ve visited Dunkery Beacon twice so far and it’s been very windy on both occasions so am looking forward to returning to it in the summer. I certainly wouldn’t want to be there today !!!

I certainly wouldn’t want to be there today !!!