I activated Rombald’s Moor G/NP-028 on New Year’s Eve but only managed one QSO after 0000utc, so I failed to qualify for the 2018 activator point

Rombalds Moor is usually the first summit that I qualify in the year, so I managed to negotiate some SOTA time for this morning.

I checked out the sunrise time and decided to aim to be on air by around then. I had to scrape the frost off my car windscreen before setting off. The road to the mast was frost covered and icy in places. 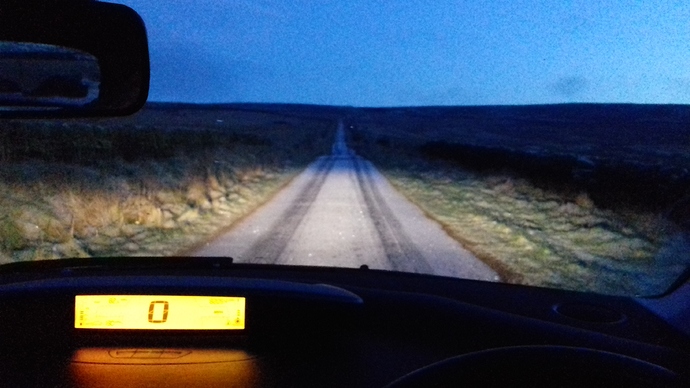 I made it to the parking spot with only a couple of tricky moments. I’d had to play ‘hunt the headtorch’ before I left home, but actually it was not needed. 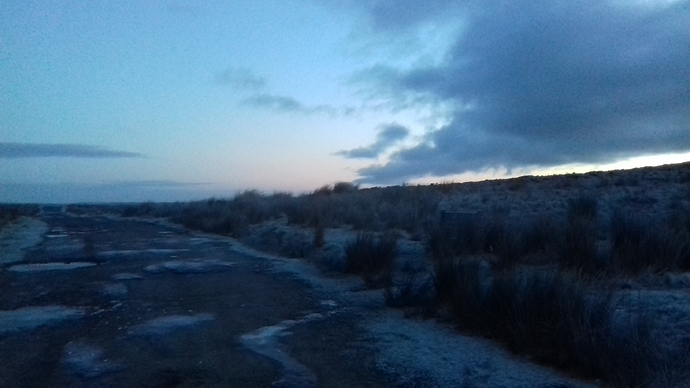 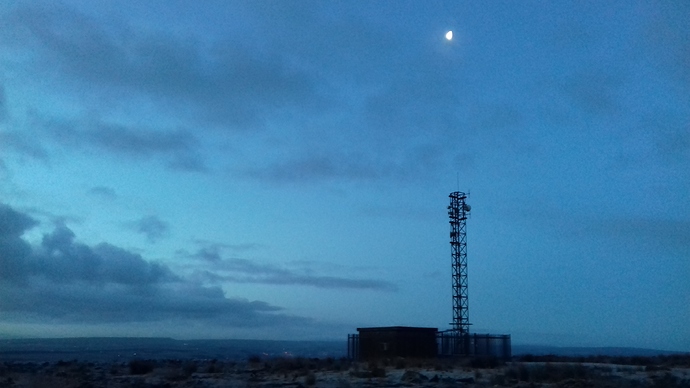 The moor was a riot of sound as the red grouse were doing their own rendition of a dawn chorus. 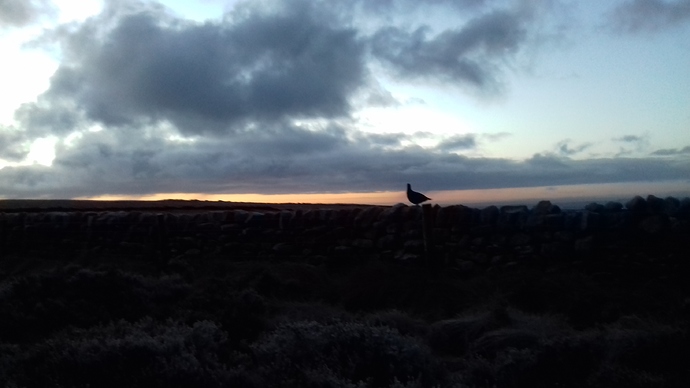 Gone are the days of a boggy wade to the trig point, now there’s a posh flagstone path all the way. 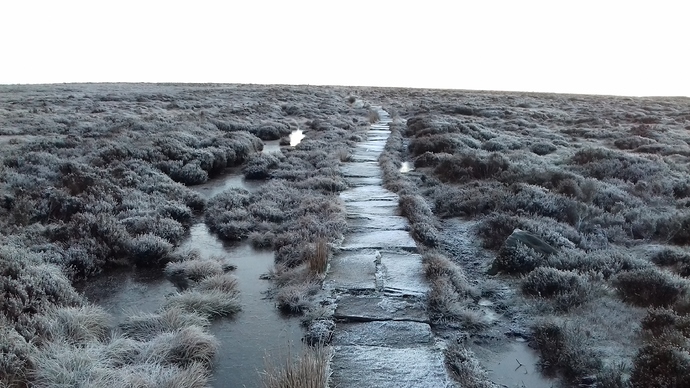 I’d got my antenna set up in time for my alert but I was too busy drinking in the sky and taking photos as the sun came up! 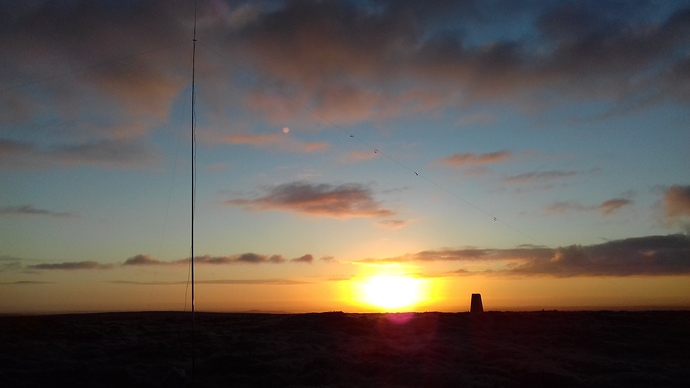 The activation itself was a fairly standard affair, I’d taken along my favourite rig, an MTR-5B which I built a couple of years ago. I started on 40m CW and then went to 30m and 20m. My time on 30m was cut short by QRM which suddenly appeared, no point trying to fight QRO stations with my 4 watts! I tried 17m, putting my rig into auto CQ for about ten minutes but I didn’t even get picked up by the RBN. By far the best contact of the day was with Sergei RV9DC on 40m, 2,200 miles! Its a long time since I’ve worked so far on 40m. I also got picked up by the RBN in North America, amazing to realise that my peanut power is making it across the pond. 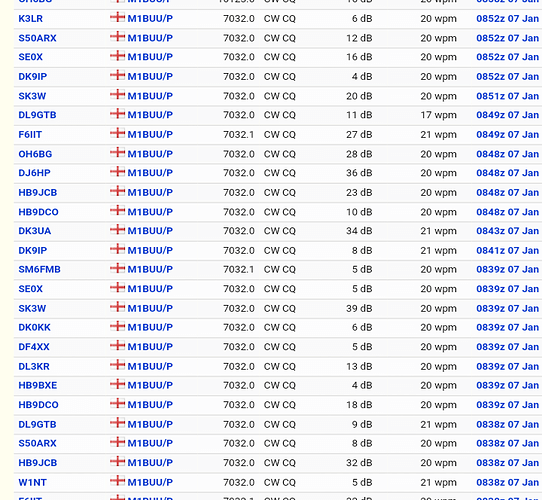 I have a feeling that my 3S lipo is getting tired, I’ve noticed that the charger has several attempts to fully top off the battery. The voltage displayed on the MTR LCD seems to drop off faster than it used to. There’s no sign of swelling or anything else on the battery pack though. Maybe it’s time to retire my favourite battery. 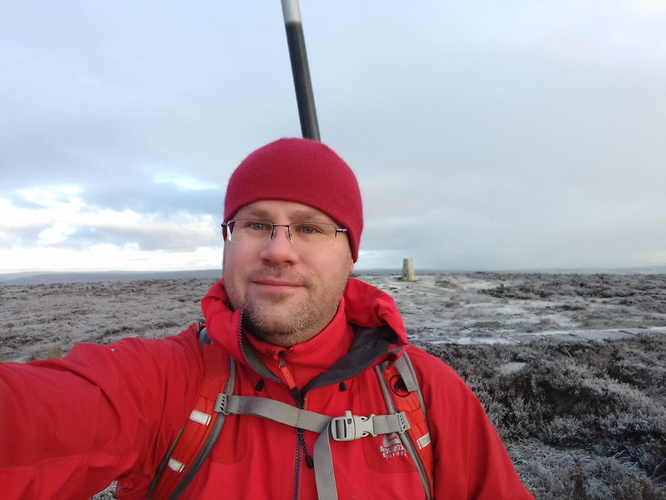 Perhaps you are suffering the same temperature induced voltage and capacity drop I experienced (see my post). Or it could be the internal resistance is rising through age. I was on G/SB-001 yesterday and also worked RV9DC, abet with 80 Watts.

I managed to work Sergei RV9DC using ~5W on 30m. My vertical antenna for 30m is only 4.5m long, so I don’t expect it to be a serious DX magnet, but it works. George N1GB in Vermont was my ODX for 20m. Same antenna radiator but a smaller offset loading coil.

My LiPO (7-8 years old) was showing it didn’t like the cold… the voltage was right down quickly but it stayed quite constant rather than a steady decline. It was cold enough my camera was showing almost discharged for its battery when it’s actually nearly 7/8 charged.

I’m coming to the conclusion that conditions yesterday were quite good and had it not been so damn cold and I had stayed longer, I may have worked a lot further.

I’ve noticed the drop in voltage over a few activations, I don’t think it’s temperature related in this case. I think it’s an increase in internal resistance as you suggest. I think I’ve had my £6.50 worth after over 3 years of service. My basic charger has a fixed rate of charge so I’ve been charging this pack at 1.75C, the battery manufacturer states 5C max charge rate, but normal practice is to charge at 1C.

I’ve found a replacement for £8.99, so it looks as though I need to reach down into my pocket again.

My vertical antenna for 30m is only 4.5m long, so I don’t expect it to be a serious DX magnet, but it works.

That’s how I feel about my linked dipole, but that gets me across the pond on 30m on occasion.

ISTR that mine are the same ones (WinForce 4AH, 15C, purchased 2009) and I never have any issues as they are kept close to the rig inside the backpack. Indeed the one feeding the rig actually sits against my back when I am carrying the pack. The one feeding the 2m linear is housed in the same box as the linear. I always stow the kit inside the car rather than in the boot so it starts off reasonably warm.

… normal practice is to charge at 1C.

I used to charge both my 2.2AH and 4AH 3S batteries at 0.8A. When Paul kindly gave me an Imax B6AC just over a year ago, I increased the rate to 1.5A with no ill effect. As has been said before, the majority of LiPOs used for SOTA have a lazy life. I have certainly had my moneys worth out of mine. That wasn’t true for the 12AH and 3.3AH SLABs that preceded them.

RV9DC was busy yesterday, I also worked him on 40m from GM/ES-028 Monamenach. Cold one up here also, but little wind so not unpleasant. Stunningly clear, see view north to Glas Maol. I was expecting to run into battery issues, but KX2 on internal li-ion was fine. I suspect the internal battery is kept warm as long as you are transmitting. Camera however died after a couple of pictures… 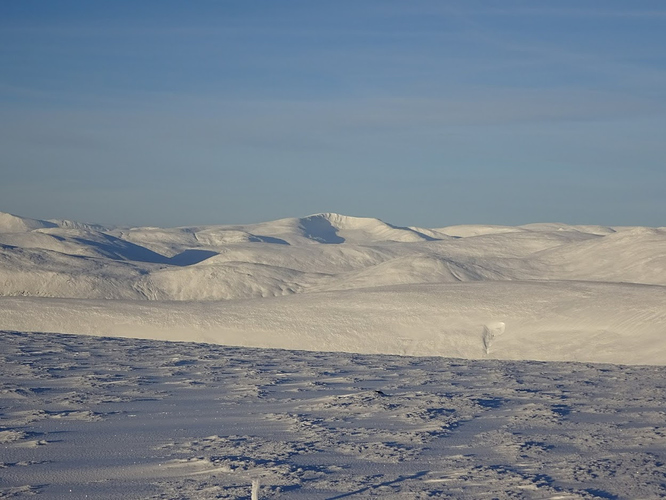 Yes Gavin and Colin and Andy and Gerald, Sergei is very active at present on 40m. I was on SSB on 40m on G/TW-002 Cringle Moor last Friday and he called me on CW at 1230z. In voice I said I would change mode to CW, but when I did I had the usual problem - my FT-857 (running 50 watts) to link inverted vee dipole at 5m was on the wrong sideband. Tuning round I heard Sergei calling me a good 3 KHz up and so we made the QSO with 559/449 reports.

Great stuff to get Sergei in the log again when on a summit.

There’s nowhere to shelter on Monamenach! I did it with Meallna Letter in June 2011. 'twas a grey overcast day threatening rain right until I was 500m from the car when the sun came out!

You do get good phone reception from the Mount Blair cell sites! 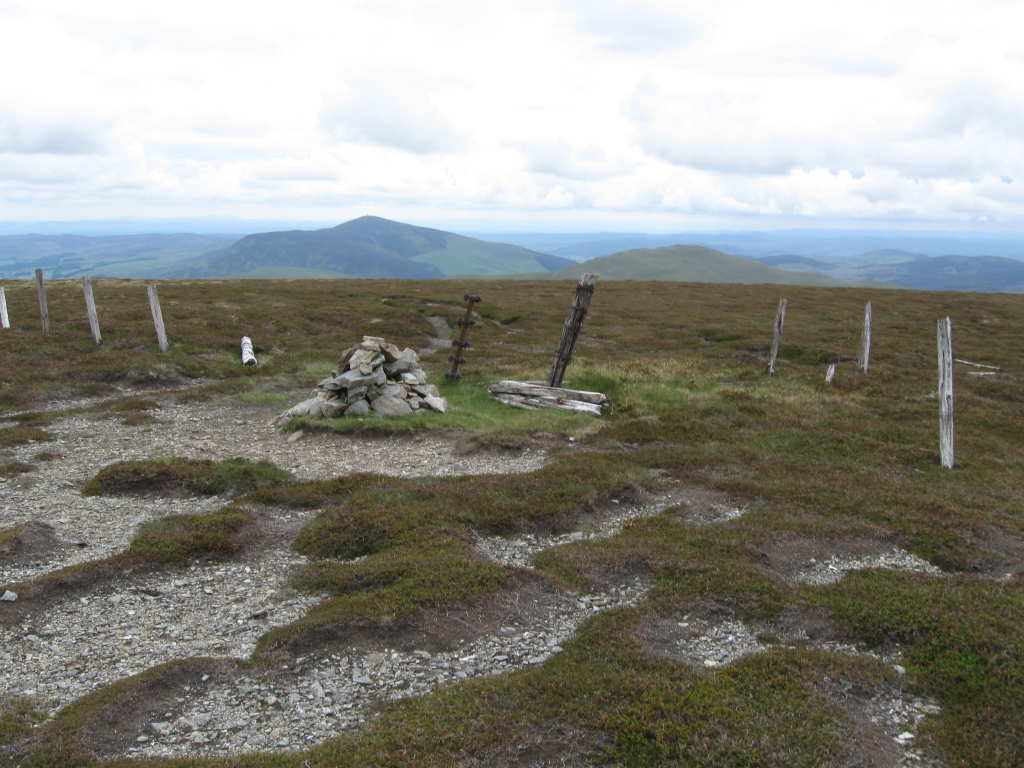 The software Oompa-Loompas have been at work on Discourse and now it’s all different when typing messages. It’s had all the colour and 3d style removed and looks pants now! Grrrr!

Yes Andy, Monamenach is not a very interesting summit at all. A flat junction of old fences and a poor attempt at a cairn… But views made up for it!

Well, just to add my SOTA Chaser love, I got Sergei from Gummer’s How on Sunday on 40m SSB - I was pushing around 45 watts. Didn’t even look at the battery readout all the time I was there, too busy working DX then moving bands. I did 80m, 40m & 20m all in around 30 minutes. Great stuff when you have a family with you although without them I would have stayed for twice as long and got twice as cold!

You do get good phone reception from the Mount Blair cell sites!

Unless you activate Mount Blair - the only time I had a “crossed-line” on my mobile, the guy I spoke to sounded like a pal of mine, but I was phoning the xyl while he was phoning his doctor!