Not my greatest SOTA activation!

Left home just before 2300utc to drive across town to the parking spot at the top of the road near to the mast.

The rain had stopped but it was still a bit breezy. I’d taken my beach shelter, so the first job, after walking the few hundred metres on to the moor, was to erect it with its back to the wind.

I used my SOTAbeams BH4 80/40/30/20 dipole with G4YSS loading coils to tune it for 160m. I haven’t used the loading coils for quite some time. Not shown in the photo is that I painted the slugs white and used a sharpie to mark graduations on each at equal values of inductance. 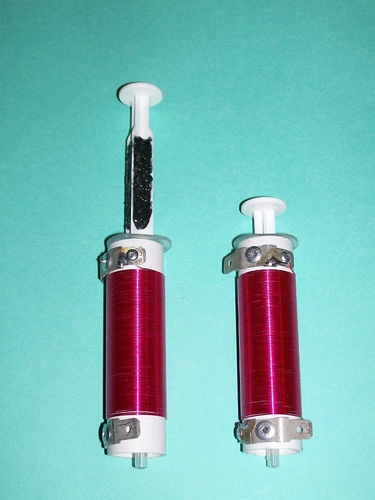 I started with the loading coils at mid inductance and with just one tweak on each coil (less inductance), I had good VSWR on 1.832MHz. The system is quite narrowband, so significant frequency excursions require a re-tweak.

I was on the air with my FT817 set at 5 watts at around 2340utc. First in the log on 1.832 CW at 2344 was ON5OO, Jack. Not long after I worked LA5WNA. After a few minutes, I heard Guru, EA2IF calling me. Guru was down in the noise and I tweaked every setting I could to peak his signal. Despite QSB (probably due to my antenna blowing about), we managed a solid two way QSO and exchanged New Year’s greetings. I was thrilled to work Guru on 160m!

Further calls, including on SSB produced no more contacts, then the clock rolled over to 0000utc, I’d failed to qualify! I swapped on to 80m CW and managed just one QSO, it was EA2IF again but this time, Guru’s signal was a genuine 599, a very good signal indeed. Despite my further efforts, I didn’t manage anymore QSOs.

The weather wasn’t too bad but I did get a bit of a soaking whilst packing up.

Band conditions seemed reasonable, I can only assume that most chasers were at the pub! 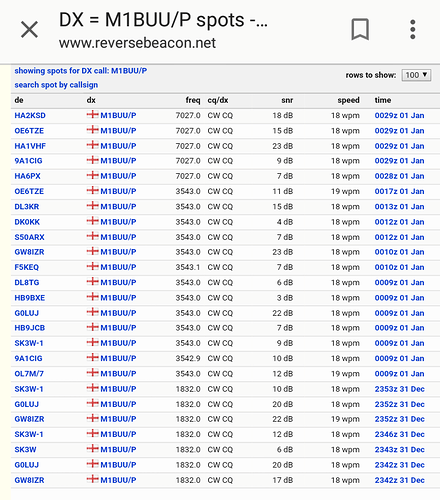 HNY Colin and thank you very much for what it was not only my very last chase in 2017 but also my very first chase on 160m.
I had the feel that you were coming back to me after my very first call, but my dog was with me and barking loudly scared and stressed by the New Year celebration rockets being fired all the time, so I had to ask for a repeat because I copied perfectly the signal report and everything on that forst transmission but I couldn’t hear my callsign sent by you, so I was unsure you were coming back to me.
On your repeat, I could confirm you were talking to me, despite more dog barking QRM.

When I first saw the spot on SOTAwatch, I went to the frequency and surprisingly noticed that I was copying you pretty well with my Barker & Williamson BWD-90 multiband folded dipole, despite being a very poor performer on the lower bands.

I gave you a call on this same antenna but you kept CQing, so it was clear that you didn’t copy anything of my call.

Then I passed to plan B: I selected and tuned my home made bazooka dipole.for 80m band and given that the reception with the bazooka was much more noisy and your copy far more difficult, I used a combination of 2 different antennas to complete the QSO, the BWD-90 for RX and the 80m band bazooka for TX.

I swapped on to 80m CW and managed just one QSO, it was EA2IF again but this time, Guru’s signal was a genuine 599, a very good signal indeed.

On our second QSO on 80m, I used for both, RX and TX, the monoband inverted vee home made bazooka dipole. An armchair QSO with your very good signal.
I very rarely chase on 80m and I think ours must have been my 2nd SOTA chase ever on such band.