Activation G/NP-018 29/04/2018
The last few SOTA activations I planned didn’t happen – snow, wind etc so today seemed a good day to try a local summit – Nine Standards Rigg. On the way to the hill the Polo made the 4 degrees C “Bong” which was a sign of things to come. Accompanied by my youngest – Emily (9 but very nearly 10) we set off from the car – which was parked at 809042 into a strong cold wind.

The path was as I remembered it, except on this occasion, and for the first time in 4 ascents the hill was out of the cloud. We reached the summit in about an hour, Emily finding one “deep bit” in the bog! By now the wind was even stronger and some snowflakes were blowing in the wind. We hid behind one of the “Standards” which are huge cairns, 4-5 m tall and 2-3m diameter. 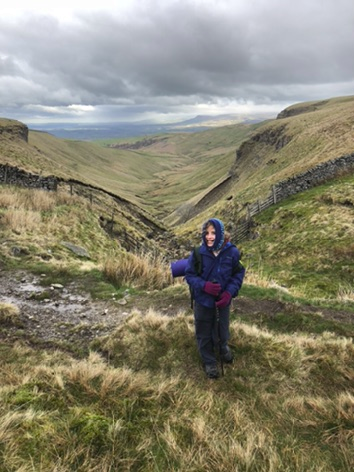 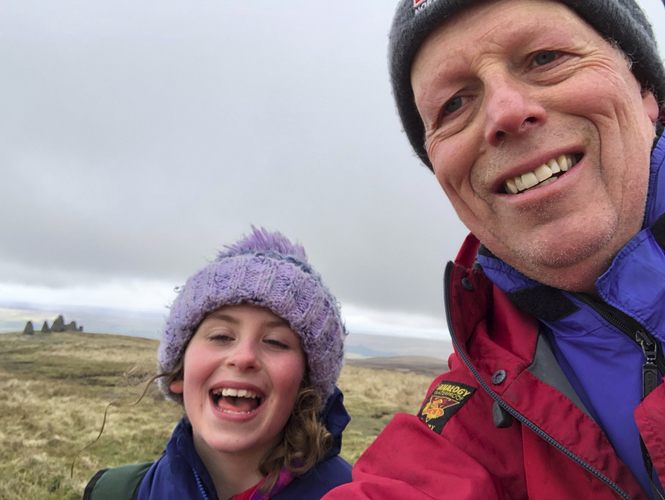 3.jpg1133×851 270 KB
On a previous activation I was somewhat frustrated to discover that I had carried a mains powered battery charger to the top on the hill along with the LIPO, today I surpassed this feat by bringing only the charger cunningly leaving the specially charged battery at home. Following this revelation the centre of the dipole was blown to the ground in the strong wind. After some time, supressing challenging language I managed to get the dipole some way up the mast, and tried with the internal battery of the FT817, which worryingly was showing the low power warning! Managed 4 QSO’s which given the battery voltage were probably at about 2w with a dipole at about 5m in a gale. 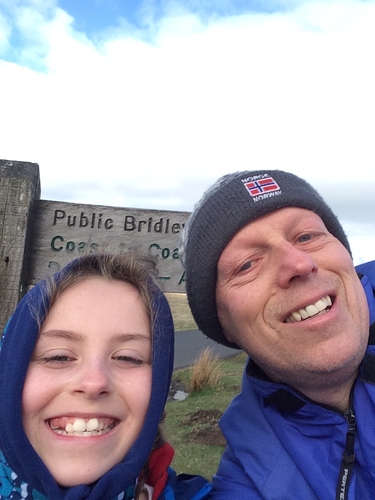 IMG_0002.JPG960×1280 218 KB
As the FT817 died, switched to my FT270 with the roll up J-Pole, getting another couple of QSO’s across the Pennines back to the NE, at which point the mast collapsed. As more snow started to appear I thought that this was probably a subtle hint that enough was enough and we started back down. Emily soon warmed up, and we were back at the car by noon, and back home just after 1PM. Apologies to any chasers I missed with antennas collapsing and flat batteries.

Well done Paul (and Emily). I’ve only done NP-018 once… and remember it being a bit of a bog fest near the top. I thought I might have lost the route, but maybe not reading your account.

Hi Paul,
You said you were threatening the hills with some attention and you were as good as your word.

I see you went the same way I normally go. Boggy near where you took the photo at Rawlinson Gill and in many other places.

Well done Paul but especially Emily who looks completely un-phased by the challenging WX. An amusing write up of an undoubtedly memorable day which wouldn’t have been too amusing at the time. It seems many bad things befell you but you carried on and got the job done. Hope to work you S2S some day,

) - sorry QSB got the better of us on 80m and I didn’t get my report. Looks like you had a real adventure! Hope to work you another time.