The weather forecast was again for a generally fine day with some sunshine and clouds and possible occasional showers. Our target for the day was the Howgills pairing of The Calf and Yarlside. As we headed to the Howgills we noted the road from Sedburgh to Cross Keys was closed overnight from 19:30: should be heading back before that. The parking at Cross Keys was somewhat restricted by tarmac dumped in the layby (perhaps for the later roadworks), but we squeezed in behind a mini-bus. It was a nice day with some blue skies and sunshine as we headed up towards Cautley Spout waterfall. The views started good and got better as we went on. We passed a couple of parties of youngsters (presumably from the minibus). There followed a very steep ascent by waterfalls but stepped stones made it easier, and the varying views as we ascended gave us the excuse of needing to take photos as well as getting our breath back. It was getting quite windy with the wind sometimes blowing waterfall spray back up with hints of rainbow. Above the top of the main waterfall the gradient eased but walking was still awkward ascending by the stream with some rocky sections. We headed up from the stream towards the summit with trig point. The bright white trig point stood out against the blue sky, but it was extremely windy at the summit and there was no shelter on the flattish top. 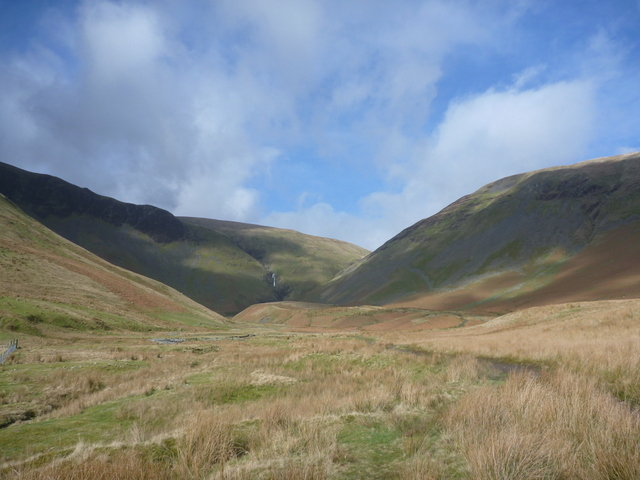 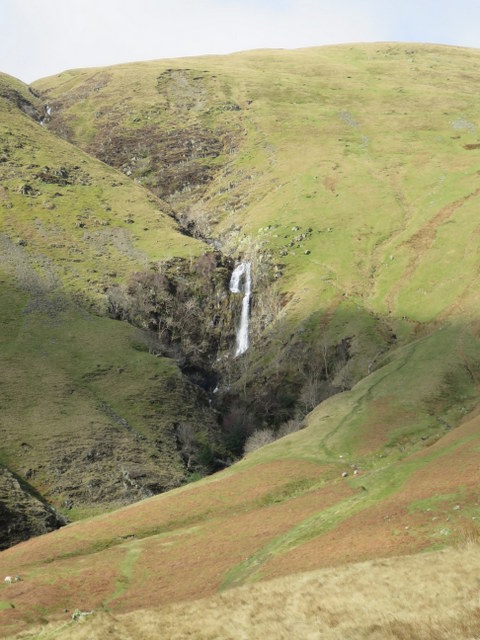 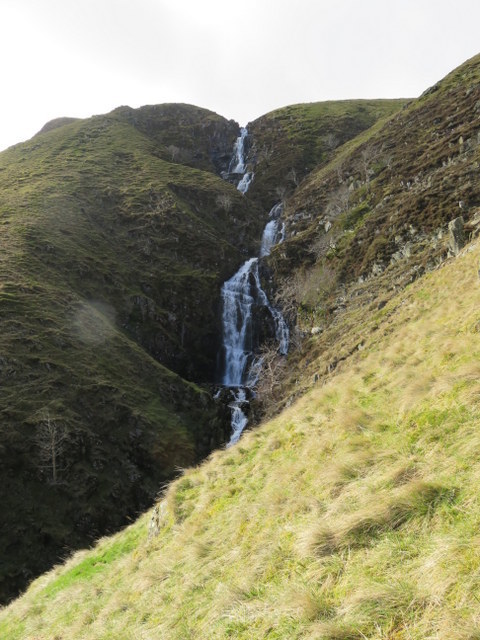 Caroline decided to set up using the trig point to support the VHF antenna, trying to get the dipole itself above the top of the trig point. This turned out to be a mistake, as as soon as she had erected it the wind immediately broke it just above the trig point. With the broken section removed she tried again: it might be sub-optimal but it was in the air and would have to do. Meanwhile Martyn set up HF away from the trig point, trying to use a dip in the ground for shelter. One she had got the VHF antenna up we were able to make a S2S with 2E0OTM/p on G/TW-002 Cringle Moor which Caroline followed with another 7 2m FM QSOs, while Martyn had a good run of 21 contacts on5MHz. While we were at the summit the party of youngsters passed by and we had a brief chat. Others passed by on this relatively busy summit. With lunch eaten we packed up to make our way to Yarlside: we were both cold from the wind despite the sun, and were running behind our tentative schedule, so didn’t bother with other bands. 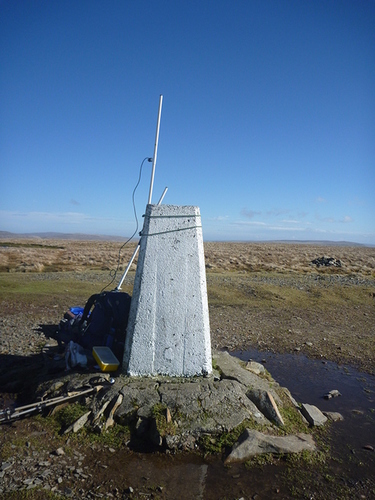 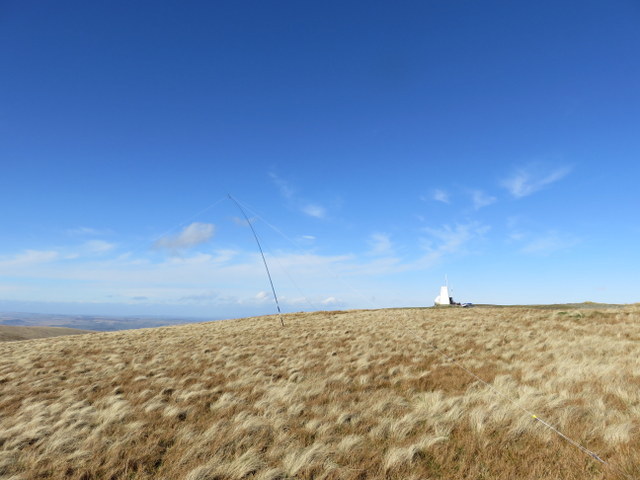 We headed in the track NE from the summit, leaving it to drop down steeply towards Bowderdale Head where we found a faint path ascending steeply on the other side. It had been nice to have some respite from the wind at lower level, but it hit us again as we emerged onto the ridge of Yarlside. We headed north to the small cairn that marks the summit. There was again no shelter, but the wind wasn’t quite as bad as on The Calf. It was generally cloudier now with some breaks. Having broken on section of the dipole support on the previous hill Caroline decided not to risk it here where there wasn’t even a trip point to give support, so she just used the rucksack antenna on an extension pole which seemed reasonably successful getting 7 QSOs. After Martyn had made 14 QSOs on 5MHz, we just had enough time for Caroline to try 7MHz which netted 11 QSOs. A final call on 2m FM before packing up yielded a final contact. 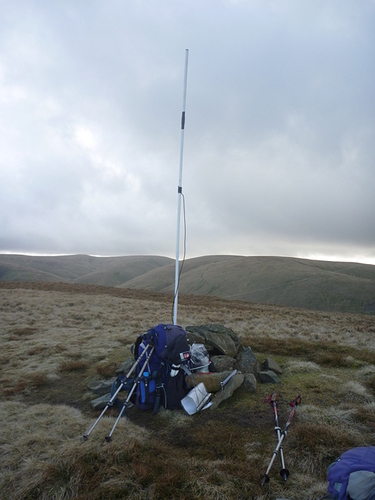 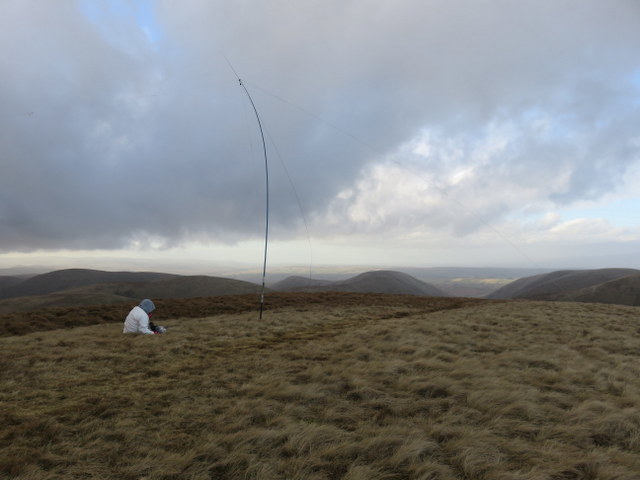 Yarlside
We were later than intended packing up, but the descent from Yarlside back to the Cross Keys is relatively straightforward, though steep as we headed down the ridge of the spur, getting back to the car around 6pm. We could see rain in the distance but managed to stay dry all day: an excellent if windy day on the hills.

Thank you both for the reports and the pictures that you have posted over the last few days…really enjoyed them as Barry M0IML and I activated many of those summits a few years ago. Thanks for all the contacts and s2s over the last few months. Take care.

Spent a while tramping over that ground forty-mumble years ago, learning the basics of geological mapping. Looks like you had a fine day out.