Having been decorating till midnight after work during the week I had to really get motivated to get up at 5AM local time. I was setup on summit around 6:20AM local time. G/LD-050 Gummer’s How is a 30 minute ascent with 360 degree views at the South end of Lake Windermere in the Lake District. Snow still just about clings to the highest summits in the Lakes. 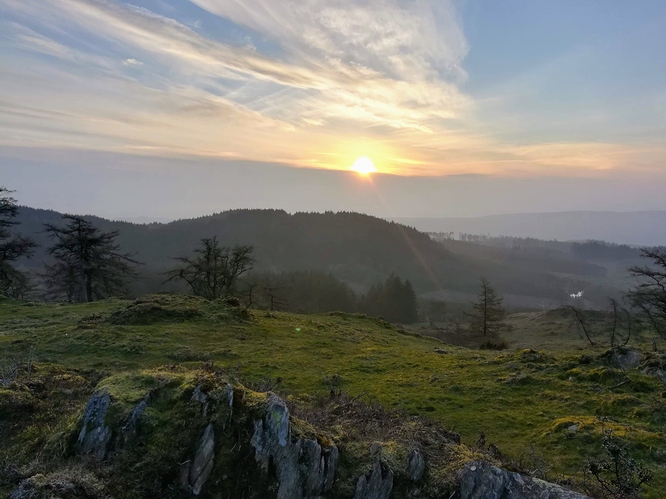 Conditions were pretty good at just above freezing initially on summit but once I’d found a natural wind break to hide behind the slightly biting Easterly wind was tamed and I wasn’t ever in danger of getting too cold.

Checking SOTA Spotter I could see that @VK1MIC was already on 40m but at that time there was no propagation. I managed a S2S with Mike @2E0YYY on 40m and by jumping back to his frequency I was able to keep up-to-date with the state of the band based on who he was able to work! 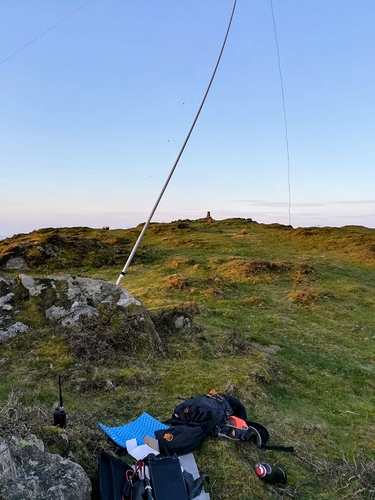 Equipment was an FT-857 50-100w and a Sotabeam QuadBand dipole at 7m on a 10m compact travel mast. Two 4.2AH LifePos provided power, with 2m contacts using FT1XD and the excellent Diamond RH-7700. 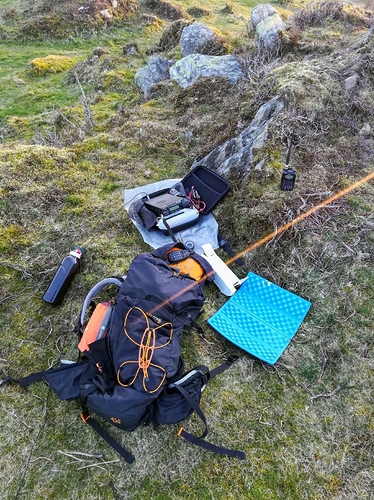 Without fail recently I’ve managed to leave something behind - this time it was the logbook! I’m not confident logging on my phone so I had to utilize one of the 4200 maH LifePo4 battery boxes, hopefully I’ve copied everything into the computer log correctly! 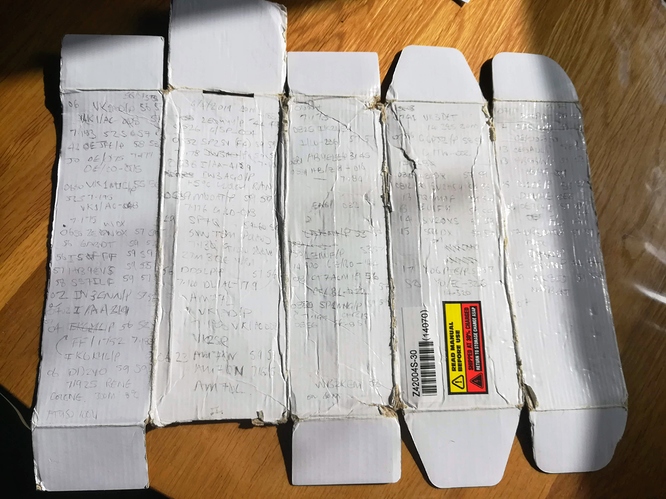 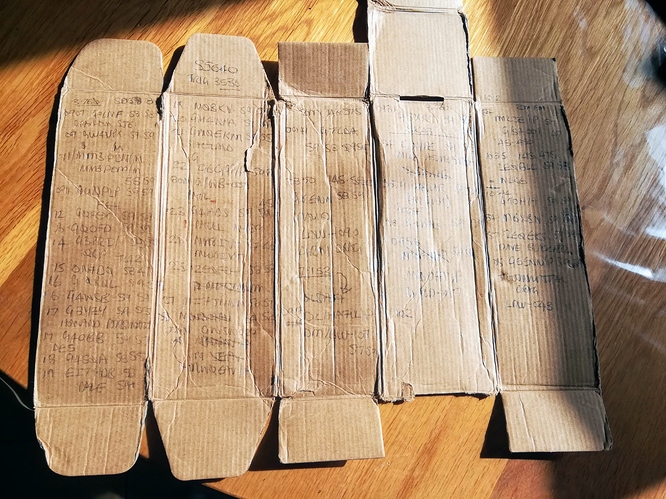 I clipped for 20m but it was totally flat, no stations heard end-to-end. It was so flat I started questioning whether I’d clipped the antenna right and connected it. Moving to 40m proved more fruitful - initially I was pulling in a high-percentage of Russian stations but slowly over the next 45 minutes the band came much more alive with European stations and then DX.

The pace of S2S’s into Europe was fairly steady with a mix of me hunting activators and also being chased on my spot frequencies. Conditions improved after about an hour and VK1’s could now be heard and with not too much difficulty I managed my two VK1 S2S’s with @VK1AD and @VK1MIC. Unfortunately I missed the Russian activators which was a shame! S2S’s continued for the best part of 3 hours, with me also occasionally also being contacted by Chasers or talking to fixed stations.

After 40m was finally exhausted I clipped in 80m’s and worked quite a pile-up of Inter-G stations who were also interested in my Worked All Britain Square and the occasional request for a Trig Point number.

@M0OAT Graeme had slept overnight on Stony Cove Pike - he called me groundwave on 40m for our first of two S2S contacts - the second after he walked to Red Screes on 2m FM. There was also David G6ENN/P out with his wife doing a few Wainwright’s on the Air activations. 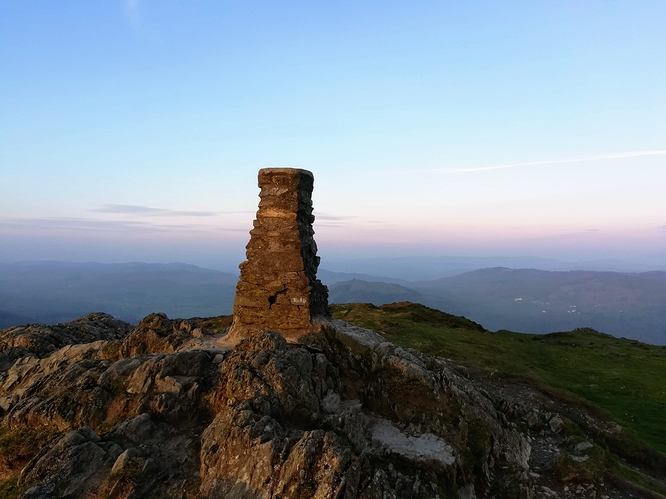 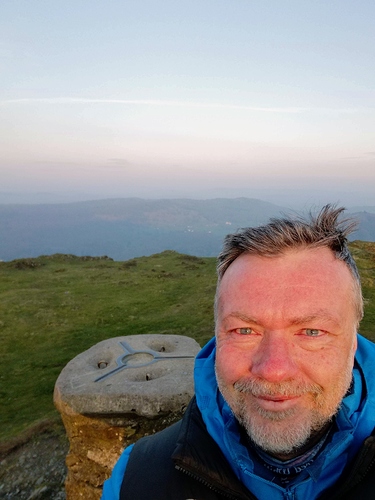 WX was much nicer this S2S event and after a chilly start it turned out to be a lovely day, with only a light chilly Easterly wind.

Obviously great to get the VK S2S contacts, made up about that, but I get a real thrill with EU S2S as well and it was nice to talk to everyone in our ‘club’. Makes me feel part of a very special group of people. 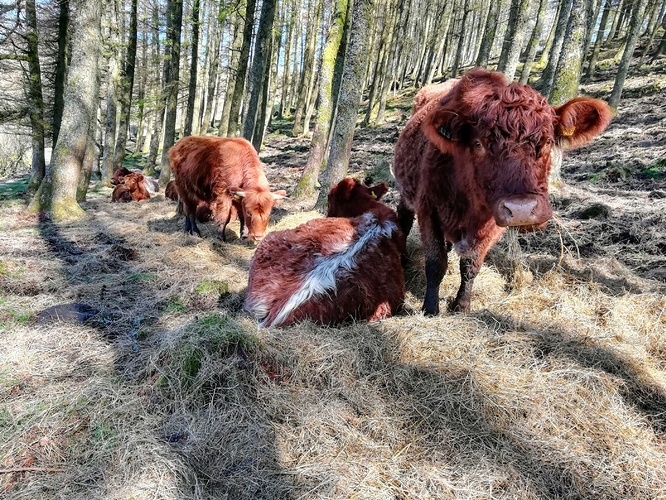 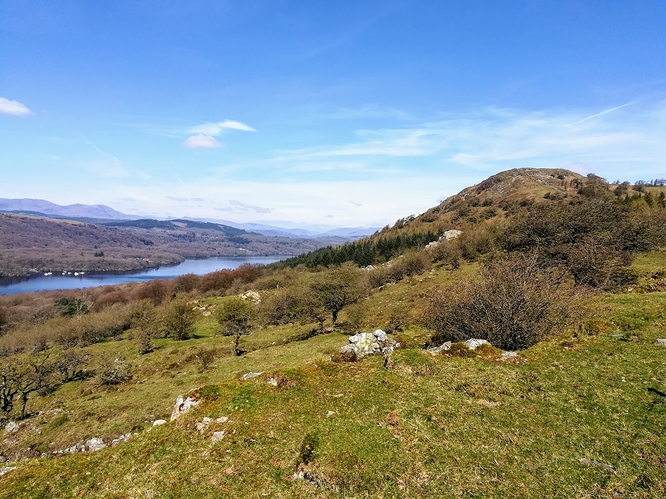 Please let me know if you spot any logging inconsistencies - given the state of the log book errors are almost inevitable!

Thanks to the organizers , I had a very enjoyable morning!

And yes Sylvia @OE5YYN I was quite jealous when you told me you were slipping into a sleeping bag!