Dave, Pete & I set off from North Yorkshire to tackle our first ten pointer of the year! We left Pickering at around 0630 in quite wintery conditions. The A66 had some snow on it in places but one lane had been well gritted. G/NP-001 Cross Fell had quite a bit of snow on it. After passing Penrith we could see many of the Lakeland summits looking quite spectacular with their wintry coats of snow. In particular G/LD-008 Blencathra seemed to be well covered in deep snow so we did discuss possible alternatives if Skiddaw turned out to be too challenging. 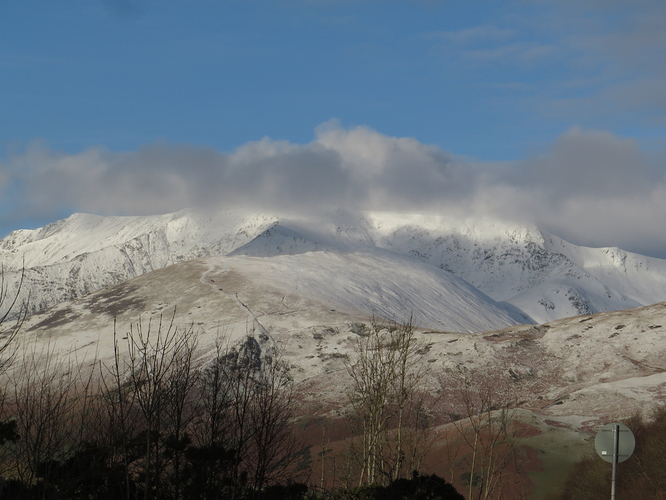 We set off at 0940 along the footpath, visibility was very good and we had superb views of Keswick and Derwent Water with a magnificent back drop of Lakeland summits. 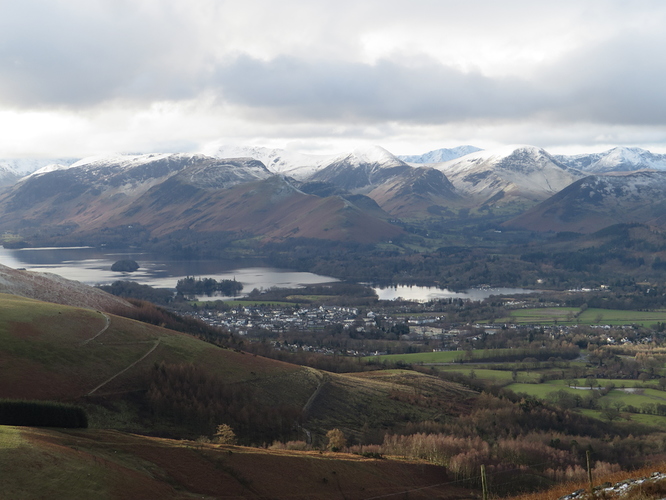 The track was pretty much clear of snow until we reached the gate by the first path junction to Skiddaw Little Man. We continued on towards Skiddaw in about two inches of snow although there were some parts with more significant snow drifts. By the time we reached the second junction path to Skiddaw Little Man the wind was much stronger and the snow was much deeper. We followed the gps track to the summit plateau in the mist and it was quite hard going. It was quite a relief to eventually see the summit trig point and we set up our activation on the outside of the snow clad shelter and we were on the air at 1218. This was a 2m-fm activation with Pete’s Kenwood handheld and his home brew dipole antenna. In about 30 minutes we worked John G0TDM in Penrith, Geoff GM4WHA in Annan, Liz M6EPW and Colin M0XSD in Frizington, Derek 2E0MIX in Whitehaven, Sue G1OHH in Lancaster, Richard s2s on G/SP-005 Pendle Hill, John GW4ZPL/P in Bangor, Declan MI0YCK near Armagh and Lee 2E0DNW in Workington. It was bitterly cold and I had icicles on my eye brows. 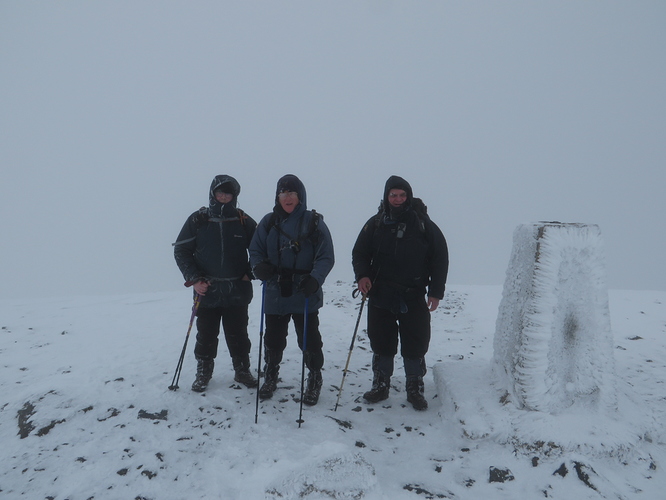 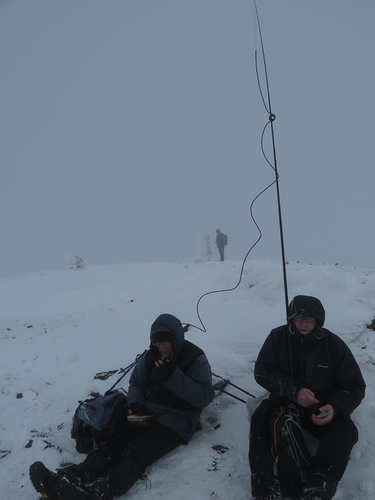 We were disappointed in not seeing the summit view due to the mist but we were well chuffed with our 13 activator points earned and we celebrated with a well earned KFC (as they say other eating establishments are available - hi hi!) on the way home. 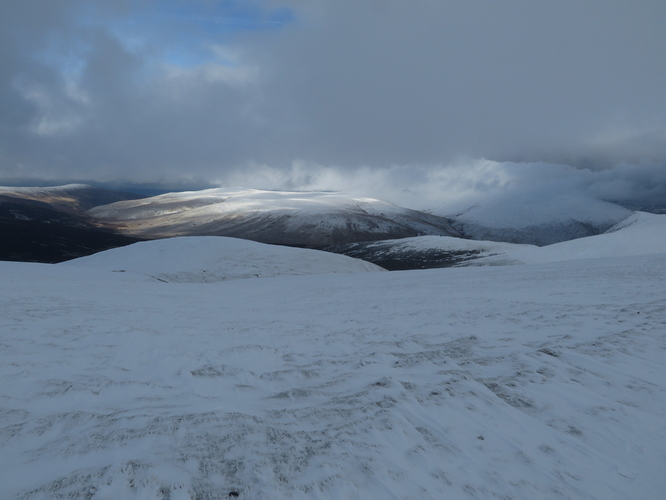 Many thanks to the chasers and we hope to go back to the Lake District soon.

Beautiful picture!
Congrats and thank you for sharing.
73 de Guru

I heard you (or one of you) yesterday but it was come and go as I was mobile heading north through the Galloway Forest and I heard you were getting cold and by the time I got to the highest point in the road the channel was quiet.

Hope you have all thawed out.

I’m jealous! I did have a good day myself though so can’t really complain.

I hope to attack some LD summits in March to grab some last minute winter bonus. I’m targeting St Sunday Crag, Fairfield and Seat Sandal as I want to bag as many points as I can. I’m usually pretty tired after them three summits!

Thanks for the pictures, the mountains look beautiful! My parents live near to Carlisle and Blencathra can be seen from the dining room window

Thanks very much for the comments. The Lake District is an incredible area, so many summits in such a relatively small area.

Sorry we missed you on the summit.

Good luck with your Helvellyn round, I am sure that you will enjoy that especially picking up all those winter bonus points! I can only claim to almost seeing the summit of Seamer Beacon (G/HTW-007) from my QTH!

Hi Nick, Another brilliant one! Discussed it last night at SARS with Dave & Pete. Marvellous photos, Keep up the good work.
73, John.

Thanks. I hope to be able to join you all at the next SARS meeting.

That would be brilliant. The chairman asked us about you on Monday. I said we kept dropping hints. You look very much like ‘SOTA talk’ material to me! No pressure HI. As far as I know, the next meeting will be in 2-weeks time; 29th of Feb-16.