Claiming a Winter bonus for a summit in South West England is probably a bit of a cheat - no snow, blue sky and above zero temperatures - but we don’t have many summits so we have to exploit the ones we have. And we only have ONE summit down here with a winter bonus - G/DC-001 High Willhays which stands a towering 621m above sea level!

It’s a 75 minute drive from my home to Rowtor car park which is shown on Google Maps a little south of the Okehampton camp. 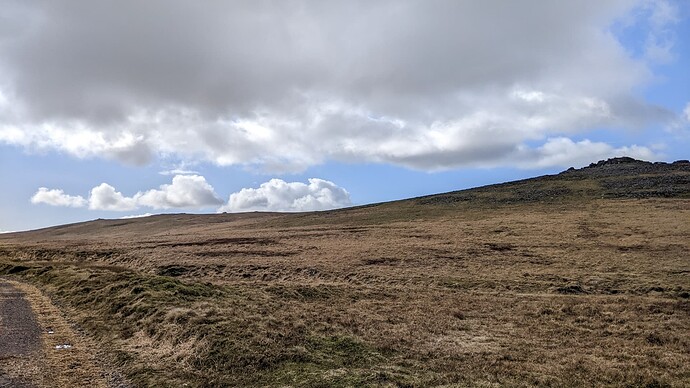 There were people on the summit when I arrived! 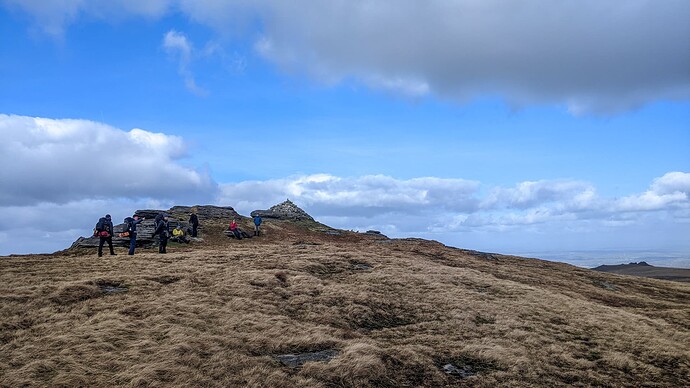 I switched on my Yaesu 2m HT when I arrived and while setting up it burst into life with a CQ call from Len, M0XWE who was in Plymouth trying out a new Diamond antenna he had just fitted to the roof. He had only moved to Plymouth from Scotland a few days ago and was getting used to being M0XWE instead of MM0XWE. I must applaud his priorities getting the antenna up so quickly.

Sadly after that 2m reverted to its normal black hole status and there were no more QSOs on FM but my location on the summit, out of the chill breeze on the east side wasn’t the best place for local contacts. I also couldn’t get a mobile signal so couldn’t spot myself which didn’t help and could only call into the void on 145.500. 2m does work here as I’ve shown recently but it needs more preparation.

So after the radio equivalent of the “amuse bouche” it was on to the main courses. First off 17m with my newly constructed QCX Mini. This proved frustrating. RBN Hole spotted me although I couldn’t confirm this with no mobile signal but I could hear replies, but only just. I really really struggled to make out any callsigns but I eventually completed a QSO with OM3TDD. The snag is OM3TDD isn’t on QRZ but a bit of Googling suggested they do exist so I’m going to count it.

There were other partial callsigns heard, one ending in CJC(?) a BK2(?) an N5AT (?) and I’m fairly sure AC1Z. So it seems I was hearing a few NA operators but the signals were so faint I couldn’t complete.

A switch to 20m and deploying my QCX+ with integral PA livened things up significantly. The QRP Labs 50W PA only produces 35W on 20m but this appeared to be sufficient.

The ensuing pile-ups tested my limited skills to their utmost. F4WBN Christian came through clearly at 14:04 UTC. YO2URS Ioan in Romania followed. Then the flow switched into Scandinavia with Lars SA4BLM, Andrea I2IAC tried flying the flag for Italy before Sweden grabbed the ball with a QSO from Hans SM4CJM.

Then the QCX+ jumped off the ground with a deafening signal from Jack, OH3GZ followed by a similar strength signal from Pasi OH1MM. Both signals were screeching in my ear phones. My QCX sets don’t have the AGC module (yet!) but why the signals from Finland were so loud is beyond me. It was as if they had been using air horns next to my head!

DJ5AV Michael from Germany was next followed by Gerard OE6GND before Jan SM5LNE scored for Sweden in extra time. I blew the whistle with the message “M0WIV/P QRT TOO COLD 73”. After 2 hours in about 6°C I felt any longer and I would be shivering. I only escaped from Covid last week and I’m not sure I’m 100% yet. That’s the excuse I’m using to explain my poor CW skills displayed today. 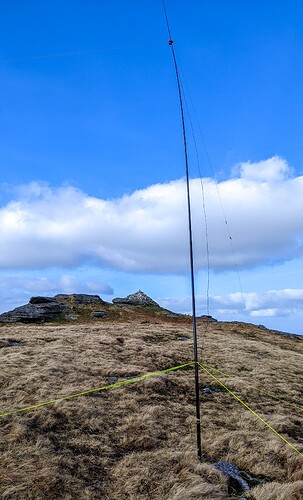 My untidy work station with QCX+ with integral 35W PA. 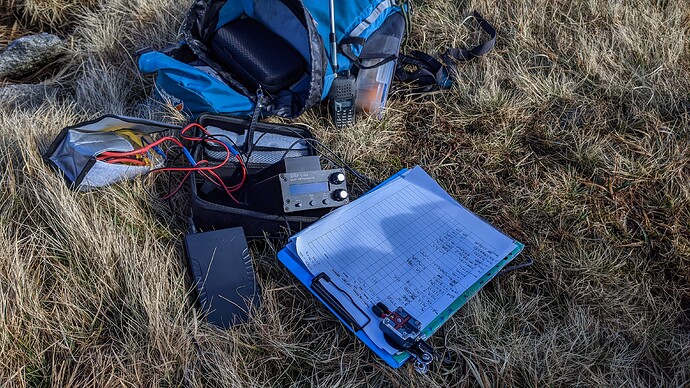 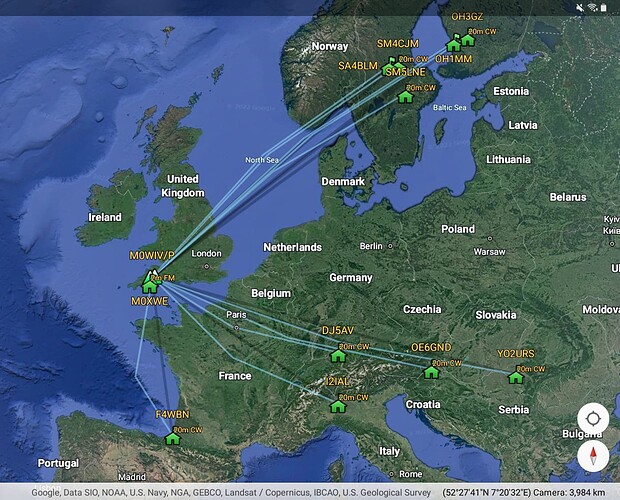 With the later than usual start I’d hoped for the chance of a QSO with NA but it wasn’t to be today. Those pesky sunspots started hiding this week!

Only afterwards I wondered if with 35W I should have used the QRP frequency of 14.0625. I only selected it from habit. Somewhere around 14.057 might have been better. I’m not sure I would have been heard in the QRO region lower down the band or had a chance of a S2S there.

A bit of a contrast to when I was there on Tuesday!

Well done on your contacts John.

I’m half wondering if the QCX isnt very good on 17m. I built a QCXmini 17m last year and I was very underwhelmed by it, the receiver seemed a bit flat. I put it down to band conditions but maybe there’s more to it?

I have thought about putting in an order for 5 AGC modules as the QCX seems to be pretty bad regarding differing signal strengths. Maybe I ought to go and put my order in…

Regarding the QRP section of the band, 14.060 is the QRP COA, but I guess it’s good manners to move a little away from that frequency if running QRO. 20m has lots of space, and the RBN will pick you up anywhere in the CW portion, so don’t worry about being near 14.061 / 14.062. My habit is to use 14.061 if I’m running QRP, but I move down the band a bit if I’m running the amplifier (which isn’t very often).

73, Colin
(Back in sunny North Yorkshire

Colin, thank you. The weak signals on 17m were disappointing. I guess the only thing is to try it again and compare with my IC-705 on the same activation.

It’s like a jinx. Unfortunately, I haven’t heard from you. But I always feel that way with G/DC or G/SC.
I had a wonderful holiday there in August 2019 and also activated a couple of Summits. I am curious when I will ever get them completed. So far I haven’t caught a single one. 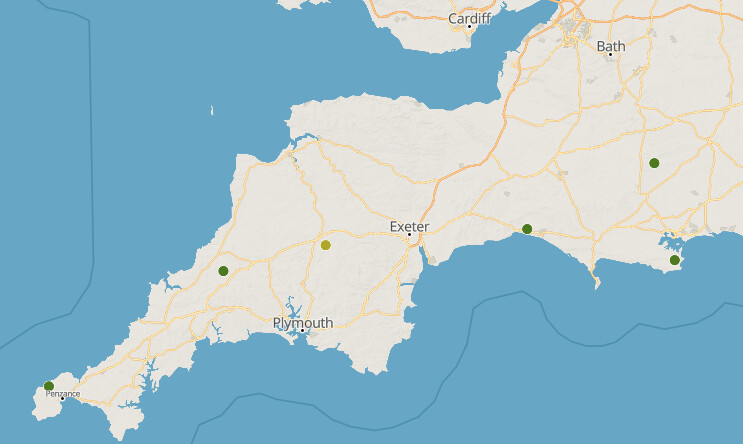 I need to learn the important callsigns! I’ve just realised @AC1Z who I thought I heard on 17m is a prolific SOTA activator and chaser. A possible trans-Atlantic QSO opportunity missed. Drat!