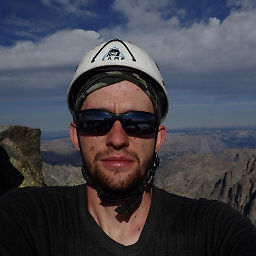 How do you correct Google Earth's incorrect slope percentage?

This led me down a bit of a rabbit hole, because I remember there being a change-over here from giving gradients on road signs as something like “1 in 5” to a percentage. I was somewhat tickled by a series of exchanges kicked off by a letter in a paper complaining that “20%” was more confusing than “1 in 5”. The inevitable first response complained that “1 in 5” was more confusing than “20%”. Then someone complained “20% of what?”, which led to a few variously snarky comments. The one that particularly tickled my fancy was this:

It’s clear in the answers that there is considerable confusion over whether the forward travel is horizontal distance as measured on a map, or forward distance over the ground as used, apparently, by Google, and that confusion applies equally to both representations.

For the record, I was taught (fifty-something years ago) that the distance on the ground was the one that mattered, so “1 in 1” was vertical.

The percentage on British road signs is the tangent of the angle so vertical is actually infinity. 100% (or 1 in 1) is 45 degrees. The steepest UK road is only about 22 degrees.

That was to align with EU signage. Given that some British rabid tabloids have returned to give temps in Fahrenheit that nobody under 50 understands anymore, the mandatory requirement to have to give weights and measures in metric is being removed and the return of blue passports I am very surprised that we are not returning to the old way of expressing road slopes. Though it’s probably a bit of a complex and maths rich topic that our eminent and technically illiterate politicians (they only have PPE degrees) don’t understand.

There, it’s not even midday on Monday and I have had a Brexit moan… the week is looking good

the tangent of the angle

One of the other comments remarked that it didn’t really matter exactly on most roads (there’s less than 3% between the sine and tangent of 22 degrees, after all). What mattered was that 20% was quite steep, 25% steeper, 30% seriously steep, and anything more than that was “Do you really want to take this route?”. 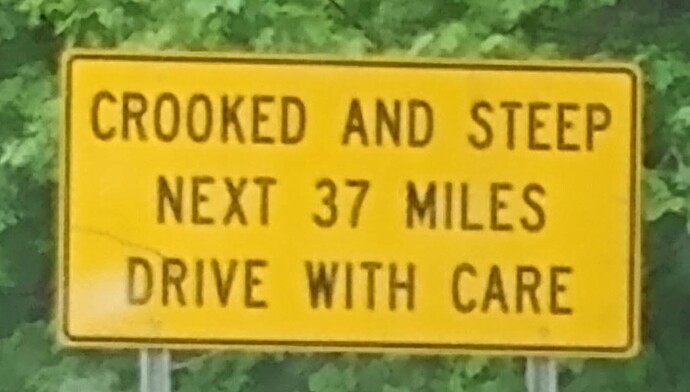 Hi,
I doubt you could drive up a 30 degree slope in any normal vehicle, even a suv… All terrain vehicles need higher than normal friction to do any better. A sustained slope of 30 degrees is a challenge.
Edit. The coefficient of tyres with the road averages 0.5 so at 30 degrees holding your position is a triumph. Driving up steeper slopes requires a galaxy of stars to align
73
Ron
VK3AFW
PS
Mercedes have posted an image of one of their vehicles on a 45 degree slope. It looks like it would flip backwards if it ran over a sheet of paper.

Hardknott Pass is one of the steepest roads in England - it is quoted as 1 in 3 but that is only on the hairpin bends.

Getting back to the subject I’ve noticed with the ADIF Processor that if I draw QSOs to the height of a SOTA summit’s reference altitude they appear above the summit. That may be something I’m doing wrong or that the elevations as displayed in Google Earth are a bit ‘suppressed’.

Probably my dodgy coding however!

Google Earth almost always shows a depressed height for summits, especially if they are a sharp peak. I do not rely on it for much other than the view.

I’ve gone up a 45° slope in a Land Rover…
…and down a 80° one too! The down was definitely quicker. It kind of went, “Slither, Thump”, as it landed on the front bumper.

Was that when the front crumple zone was invented

Done 90% on a quad bike under controlled circumstances with an instructor. Drop was about twice length of the quad bijke. You had to ride over the edge and the quad started to tip over the edge. Then hold it on the back brakes and gently let it edge forward. Just as it started to go and the brakes couldn’t hold it you gave it 50% throttle and as the front wheels hit the bottom of the drop, give the full beans.

It was horrific as you went over the edge and saw the drop but as long as you didn’t touch the front brakes once you started and gave it throttle it was super exhilarating. People were reluctant despite the instructor showing how. Then a mate did it and the smile as he came out the other side wouldn’t fit in his helmet

So we all did it. Some did it more than once.

Glad you survived to tell the tale.

as it landed on the front bumper

Ha! Yes. Except it was in Kent, not Kenya. Although I did almost do something similar with a Suzuki 4x4 rental in Kenya a few years back!