Perhaps some will find this interesting:

We are back from our annual backpacking trip – it (amazingly) came off very similar to the plan. One of the high-points for me was to finally meet Vick-K7VK and Lance-W7GJ for a quick dinner with our son Hugh before our trip. Another high-point was working Vick on several S2S’s. Vick completed an Idaho multi-day SOTA expedition that he coordinated to complete S2S’s with me. Also it was great fun (and no small comfort) to work Lance on his amazing 2m EME array that he pointed towards my various summits. The array is 16x17 elements and is horizontally polarized, so I had to hold my HT sideways to work him. A full quieting signal in the horizontal position would barely (or “not even”) break squelch in the vertical direction. There was one particularly interesting QSO with Lance. He could not copy my voice, but I could hear him clearly. We completed the QSO by me clicking the PTT in CW (very hard for me without a sidetone!), and Lance talking as usual. These QSO’s with Lance and Vick were the only 2m qso’s that I was able to make on the entire trip.

The only people that we saw on the entire trip were the staff, two USFS forest tree data collectors (FIA survey), and two outfitters (all at the Moose Creek guard station), and also lookout-Evelyen at the Shissler Lookout. Each campsite seemed prettier than the last, and we were able to snack on late-season huckleberries over most of the route. The terrain is challenging in spots – it was a 5,000 foot drop from Bailey Mountain to Moose Creek, and 5,100 feet to climb back up from the Selway River to Freeman Peak!

We were hoping by some small chance to see our son Clint – who is a crew-leader for an MCC trail maintenance crew and is on month 4 of a 5-month backcountry assignment. It is only possible to communicate with him by letter – which is delivered periodically by pack-train. We learned at the Shissler lookout that he was “super close” (actually 9-miles!) – but it was not in the direction that we were headed, so instead we left a candy bar for him at Moose Creek and admired all of the excellent trail clearing and rebuilding work that his crew has accomplished.

We had several interesting wildlife encounters. The first was on Day-1. I was munching on some jerky and Barb said “I heard something behind us”. I turned around and a chubby black bear went tearing off. I don’t know if he was interested in my jerky, or just ambling down the trail – but he certainly wasn’t interested in seeing more of us. We also saw a rather large rattlesnake (4-feet?) on the lower part of the Shissler trail. Fortunately, this encounter wasn’t as close as one Clint relayed to us in a letter. He apparently stepped on a big one in his sandals at Moose Creek. Fortunately, it was a cool morning and the snake was fat and lethargic, so he did not get bitten. The final interesting wildlife encounter was with a big bull moose. We were camped at a lake when it came running across a meadow (100 yds), jumped into the lake, swam across the lake (300+ yds), and spent over an hour feeding on underwater vegetation and occasionally bellowing. We enjoyed watching him through the binoculars – it was a very impressive spectacle – but eventually we climbed into the tent. About 10-minutes after getting into the tent, the moose swam back, then began running directly towards our tent. He stopped suddenly at about 20+ feet, and stood still for a minute or so, before walking off into the forest. They are large animals that are impressive at a distance - both intimidating and dangerous up close. I was quite happy that he did not take issue with our tent (and subsequently us)!

Most of the trails had been cleared (much of it by Clint’s crew), but some hadn’t been cleared for years. These sections were slower due to occasional route finding challenges and sometimes heavy vegetation and deadfall. It was all fun. In the end, it took us 12-days to complete a loop of 70+ miles. We hiked another 30+ miles to activate 9-summits. I like this method – we were able to spend 2-nights in some camps and it also allowed us to eat some pack-weight to make the next relocation easier. The activations all went well – I managed to get around 20 qso’s on the average during each activation and was able to self-spot with either APRS2SOTA or RBNHole – all on the KX1 with about 3-4 watts into an inverted-V dipole. 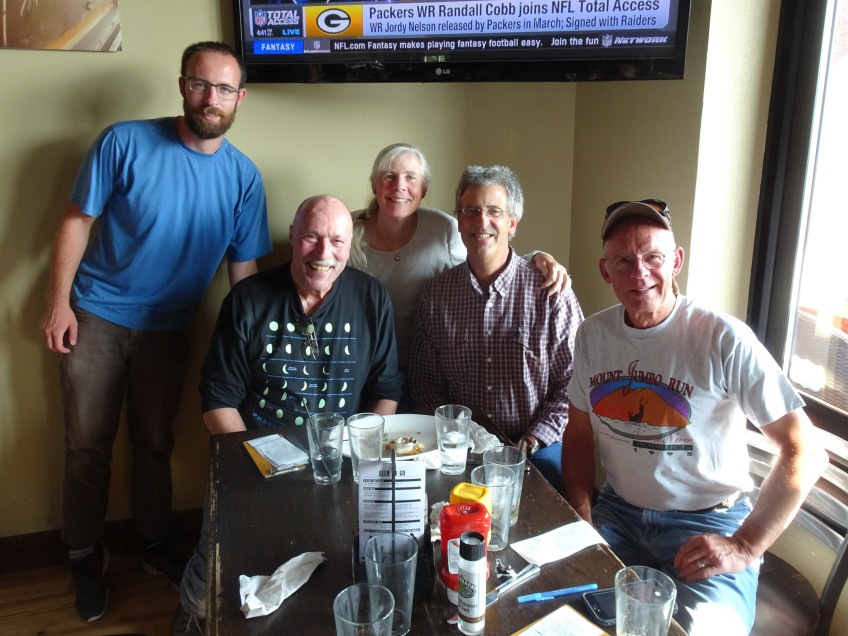 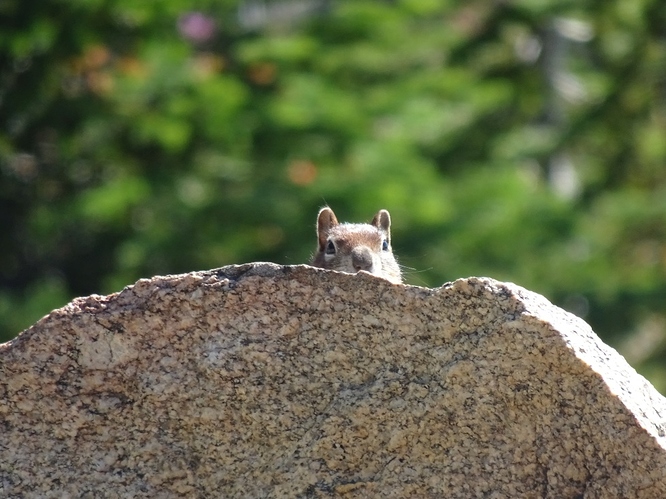 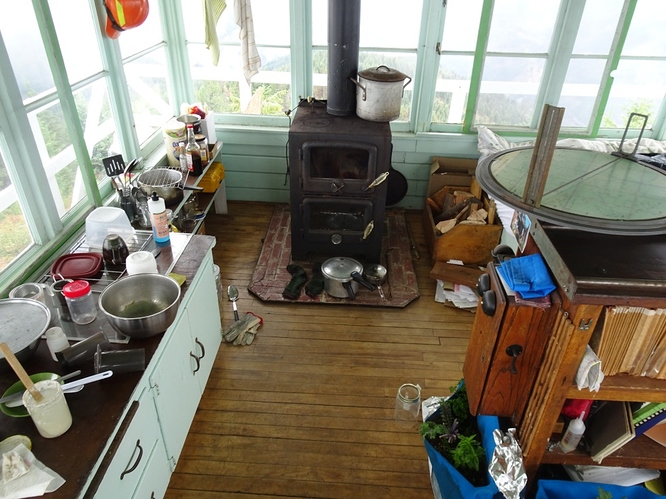 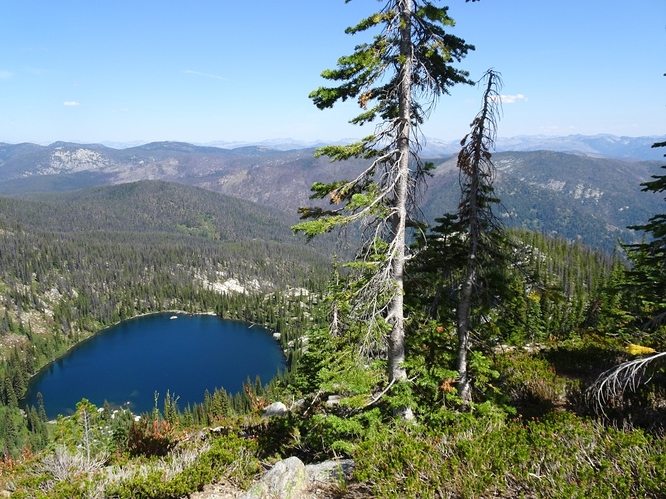 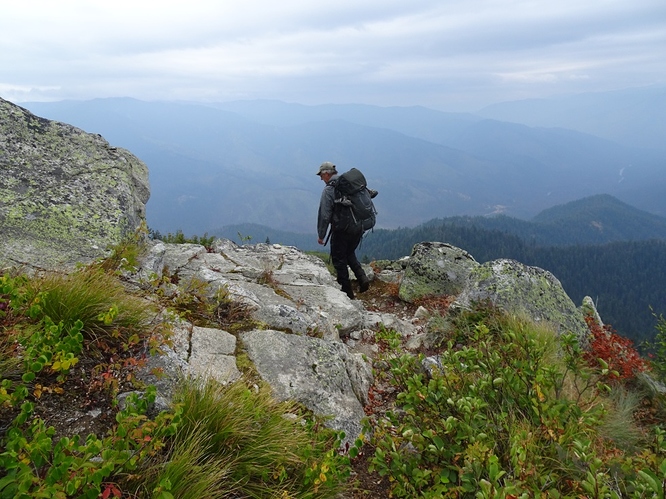 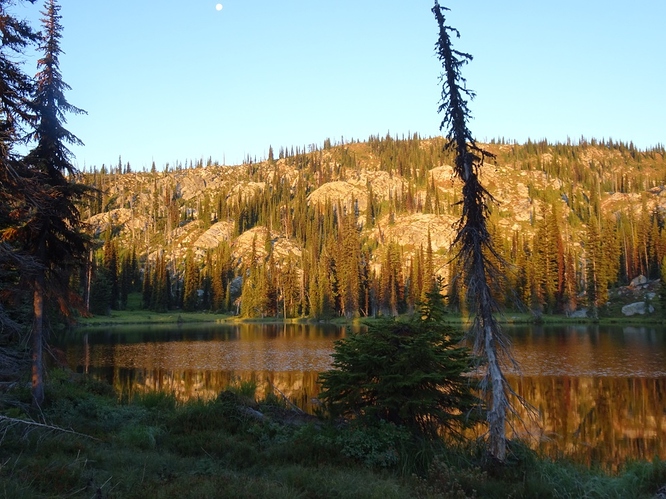 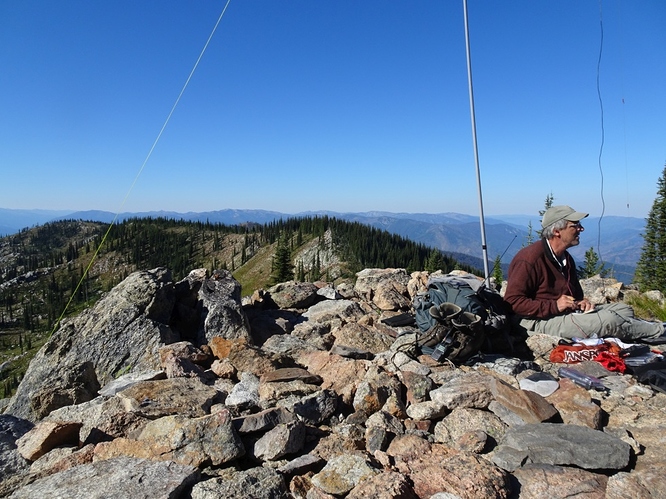 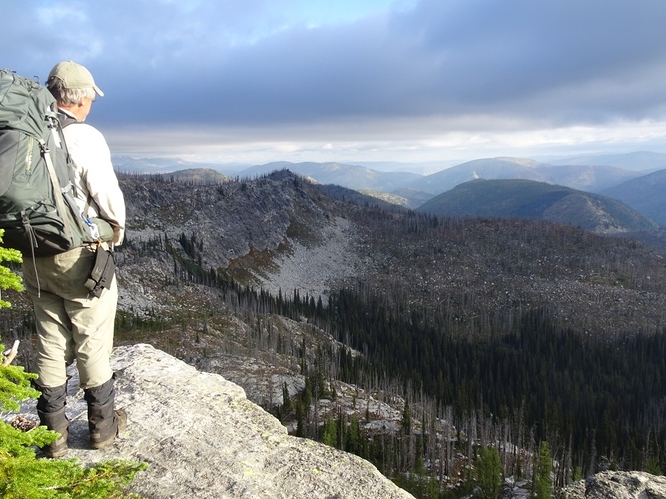 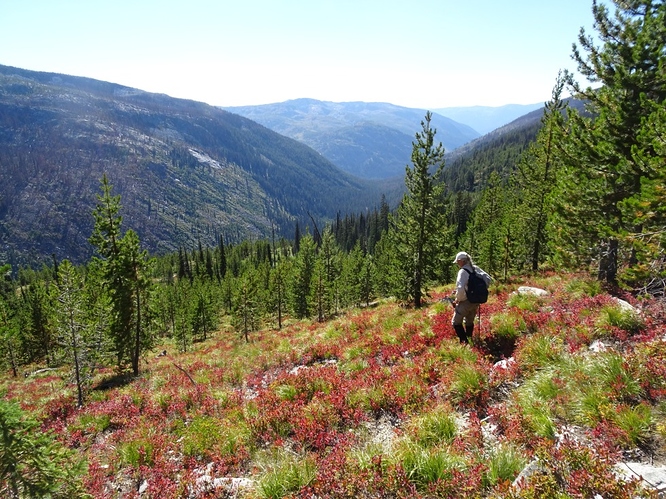 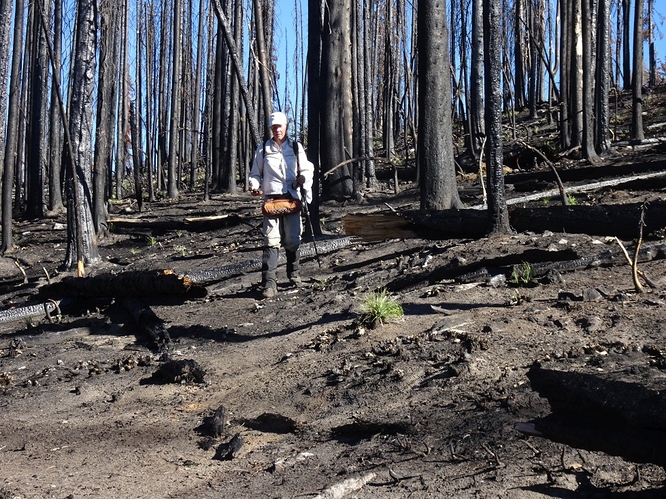 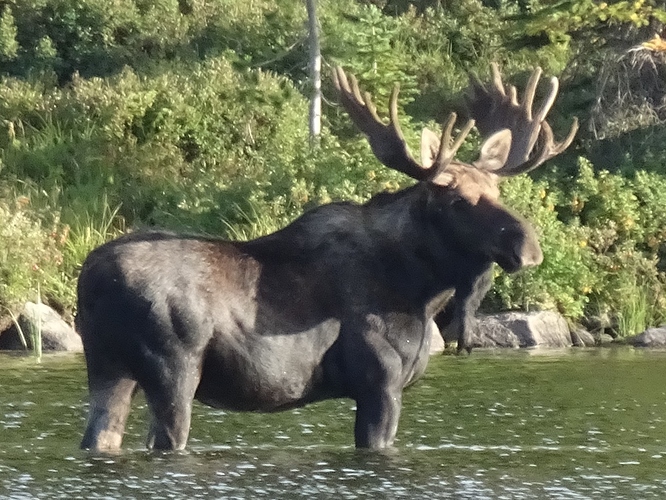 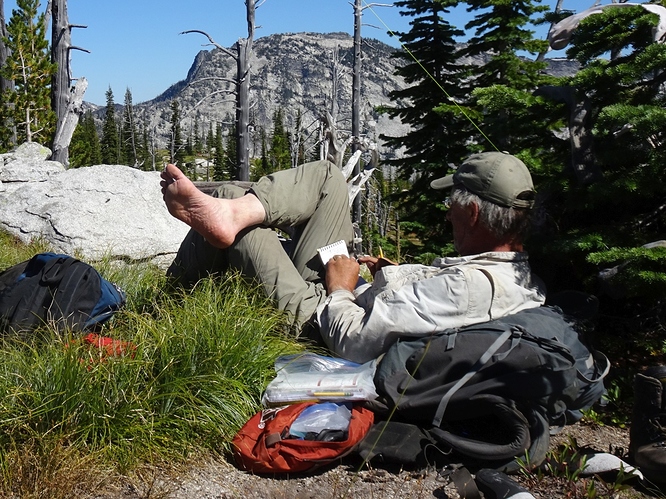 Ken VE6AGR and I VE6IXD had the pleasure of meeting Rob and Barb in Helena this summer. We were in town for a cave-explorer’s convention, and took the opportunity to activate several local peaks, and meet the local SOTA folks. What a great area, and what a great bunch of people! We enjoyed ourselves a lot.
Nice to read about your multi-day back-pack trip.
Ian
VE6IXD

Congrats you guys! Looks and sounds like an incredible trip without any major hitches. Thanks so much for sharing the experience.
73
Mark / K6MTS

I cant get a certain B52s tune out of my head now.

Steve-G1INK:
I know little about the B52’s, but I see that they have a song called “Private Idaho” - now (thanks to Google, Youtube & you) - It is stuck in my head also! Fun stuff.

There’s a good bit of vintage video of that song on a well known streaming video website based in San Bruno!