As I was unable to find a store where I could have my hiking boot repaired after it broke during my previous activation of LA/SF-229, I tried to fix it myself using rubber glue which looked good after drying, so I was all set for another activation. I chose to activate Ornkampen LA/OL-305 since we were camping at Randsverk, which happened to be situated in between the summit and Trollhoi LA/OL-299. I opted for Ornkampen as it was closer. It was an easy path to the summit, but quite steep at several points and not marked! Weather was fine except for a lot of wind.
I used 446 MHz PMR to stay in touch with the family down at the campsite. I once again found out that UHF really requires line of sight so it did not work well everywhere. VHF is much better in mountainous terrain hi.
At the summit, there is a very nice hut and a telecom tower. Seems the latter had been outfitted with new antennas as there was a big rubbish bag full of used Kathrein antennas awaiting helicopter pickup. Temperature on the summit was 6 degrees but the hut was nice and warm and provided shelter from the very strong wind. The hut had recently been rebuilt with the aid of a helicopter. The old hut used to serve as a “brannvakthytta” (fire watch hut).

I setup the antenna using a couple of rocks to provide support to the pole, and set up the KX3 near the hut door as the coax was too short to reach the table. I briefly tried 2m FM but no one responded. 14 MHz yielded 26 QSO’s, including 2 S2S contacts and many familiar callsigns. Had to QRX a few times since the wind blew the antenna pole over.

So far, my shoe had held up fine! I briefly tried 30m but stopped as we had planned a trip on the Gjende lake for the afternoon. I wrote a note in the hut book and then went down along the same path and then had a doubt about which path to take at a junction. Turned out I had taken the wrong path which I only convinced myself of after several 100m of descent… Had to go all the way up again and inform the family that I would be late, this time the PMR link worked ok.

Got back just in time for us to leave for the Gjende ferry, just no time for a shower hi.

Thanks to all chasers!

Edit: forgot to mention that on the way back, 5 mins from the camp site, the sole of my boot failed again… 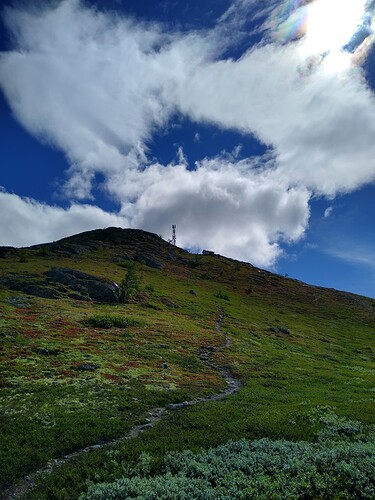 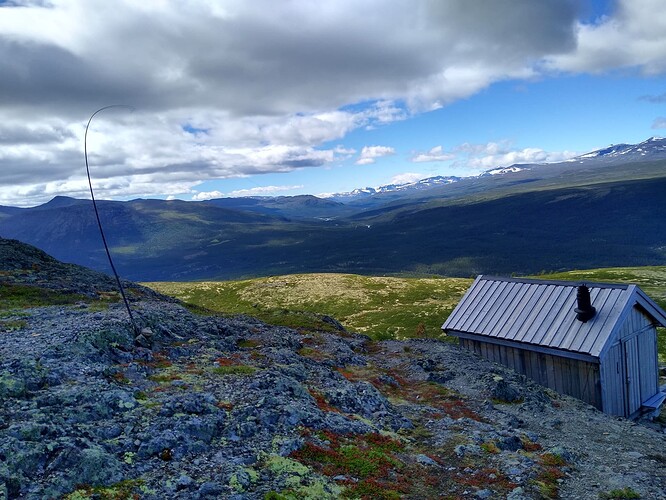 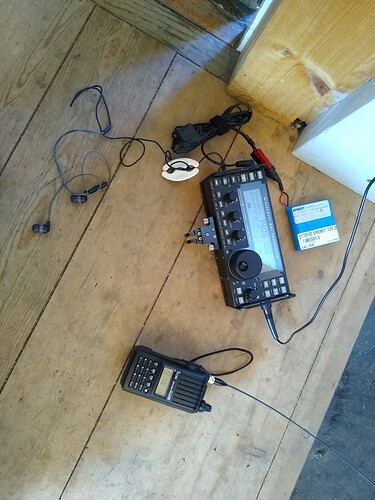 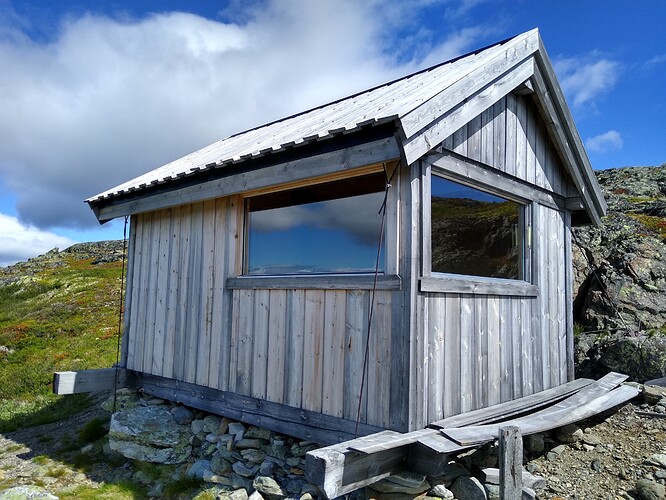 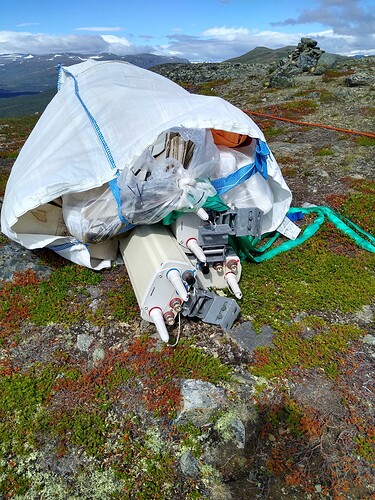