Torre Wundt is a beautiful tower in the Cadini mountain group in in Northern Italy with some relevance to the history of alpine climbing. The summit was first reached by Theodor von Wundt and his guides Masurto Barbaria and Giovanni Siorpaes in 1893 1, and all routes to the summit require some climbing in at least UIAA III.

In June, I chose to climb this beautiful summit together with Mauro Bernardi, famous for his guidebooks of the region, using the “Via Valleferro” route, which is a bit more difficult (UIAA IV with a few sections maybe IV+ / V-) than the more travelled “Mazzorana” route. The first ascent of the route was in 1978 by Diego Valleferro and companions, so this is a rather really historic place with a special spirit.

Attached, please find a few pictures of the first activation. 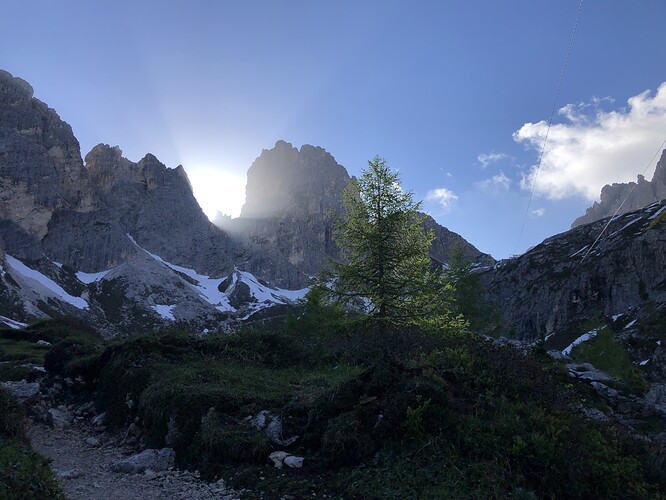 Operating position with the Tre Cime to the left 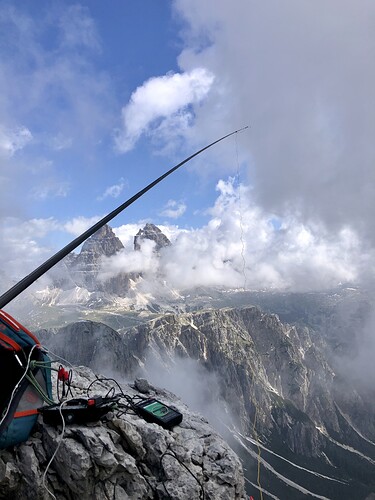 Multi-pitch Abseiling on our way back home 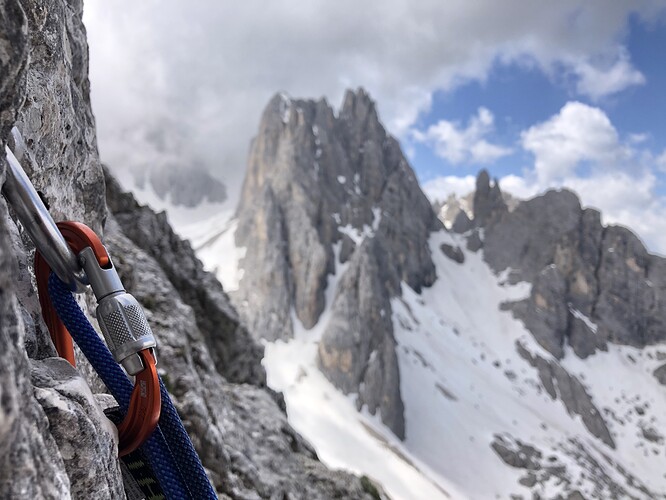 Hello Martin,thanks for your activation report and fine photos. Congratulations on your achievement, well done