Already last Christmas, spending the holidays at my parents’ house in Kajaani, I was plannig to activate Leihuvaara, OH/KU-053. But that time I had to postpone the trip as the temperature was below -25°C at the time. This year the winter has been milder so far, and it was only a few degrees below zero this morning, so I decided to give it a try. This was to be my first truly open-sky winter activation.

The summit lies at the border of the city of Kajaani (OHC 808) and the municipality of Sotkamo (OHC 842), with the highest peak just on the Sotkamo side. The old main road from Kajaani to Sotkamo goes almost straight over the Leihuvaara hill, passing the highest point by less than a kilometer.

I took my parents’ car and drove about 12 kilometers to the intersection of the mentioned road and the Sammakkolammen metsätie (“Frog pond forest road”). That is the point where Leihuvaara starts to rise from the surroundings. I left the car there and started the walk up. It was lightly snowing at that time.

In the city of Kajaani, there’s about 15 cm of snow at the moment. As I climbed up the hill on the side of the road, I could see how the amount of snow increased as I got higher. As I reached the highest point of the bigger road, there was already more than 20 cm of snow and the smaller road to the summit was not plowed. Snowshoes would have been helpful. I actually bought a pair of snowshoes a few weeks ago, but I left them at home in Jyväskylä. Well, maybe next time… Anyway, last year this time there was already something like half a meter of snow at least.

But the snow didn’t slow me down too much anyway. I passed an old farm called Katajavaara, which seemed to be abandoned at least during the winter. Shortly after, the road started raising again and I found that the highest peak was actually a lot more of a sight than I had expected. There has been some forest cuts in the area during the recent years, so the trees don’t cover everything. On a brighter day, there might’ve been quite a nice view.

But as I got closer to the top at about 1145 UTC, it was snowing quite heavily with quite a strong wind also. I didn’t go up to the exact trig point. Instead, I found a terriffic spot for a station at the edge of a clear-cut area, just on the Kajaani side of the summit. The foresters had left two pines standing there, likely for seeding new trees. The pines were at a perfect distance for a dipole for 10 MHz or higher. This is about the exact spot where I set up the station:
http://kansalaisen.karttapaikka.fi/kartanhaku/osoitehaku.html?x=546546&y=7124541&srs=EPSG:3067&text=OH6FQI%2FP+25.12.2011&scale=2000&action=link&mode=orto&lang=en

I had recently added the measurements for the highest bands to my portable dipole. I wanted to try how it operates on ten meters, but I wasn’t quite sure about the conditions on that band. I decided to take the risk and put up the dipole for 28 MHz. After a few missed throws I got it up and the station was ready.

Already at home I had prepared an SMS message for self-spotting from the top, but I ran to some problems with the network. At such altitude the phone probably picked a 3G cell from further away, but could not quite work with it. I was not able to send the message and deleted it by accident. With some tinkering of the phone settings I could force it to use a GSM cell and that seemed to do the trick. But as I quickly typed a new message, I wasn’t paying enough attention on what my cold fingers were hitting and the spot ended up being for OH/KI-057, which is a 10-point summit in the northernmost Lapland. Actually a lot further north than I have ever been…

I’m very sorry for my mistake, as the ten-pointer you expected turned out to be just worth a single point… I believe I did give the correct reference on air, but I guess it’s quite easy to miss that when you have the spot on screen.

Anyway, the 28 MHz band seemed to be quite nicely open around Europe. I got 7 QSOs altogether, to Spain, Switzerland and Germany. It would have been nice to try longer contacts and pick up less loud stations, but I was starting to feel a bit cold, so I decided to call it QRT.

The walk back went quite fine as the wind started to calm down. Back down the car was covered with about 3 cm of new snow. I brushed it clean and headed back to my childhood home.

Some pictures can be seen here: 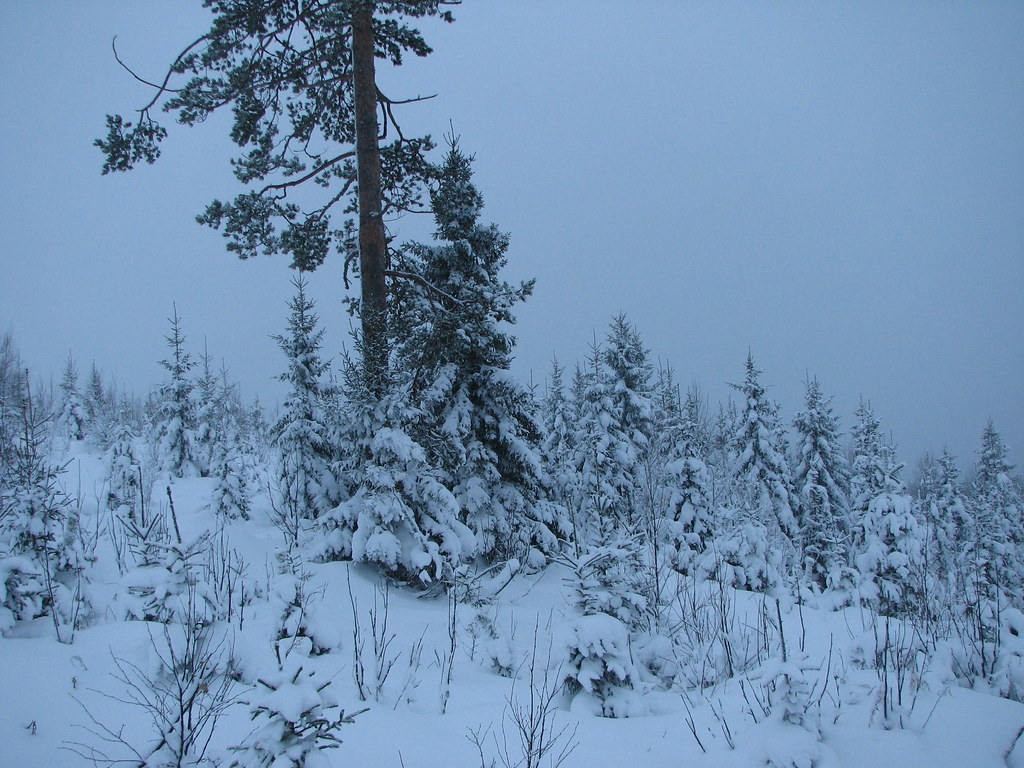 Thanks to all chasers and once again sorry for the mixup with the refs.