Today was my first chance to get SOTA points for the new year. I wasn’t sure from the weather forecast what would be good to do as snow was forecast for early morning. I decided on Cracoe Fell G/NP-032 as it’s a short drive away and I know it well. It’s only a two-pointer but with a 3 point winter bonus it’s a good start to the year. When I looked out of the window this morning it was only a small amount of snow so I knew it would be safe to get out - I was more worried about the roads than underfoot. My biggest worry was actually the wind as it was quite blustery even in the valley. 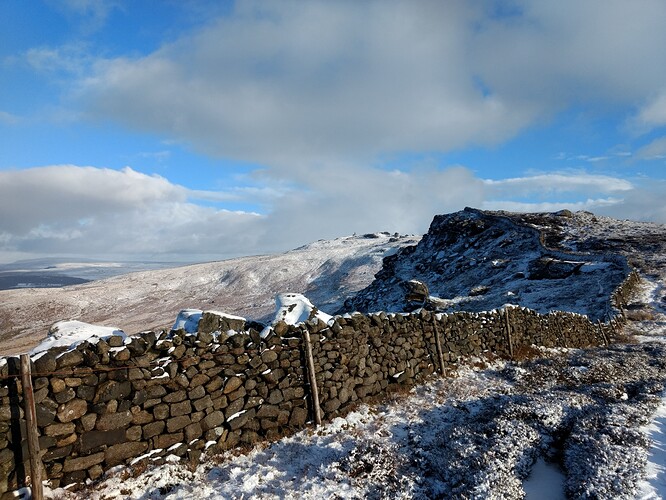 The wind was very strong especially as I took the short cut past the cross. Once over the ladder stile the wall gave a reasonable amount of shelter and it was only when I got to the summit that I had to endure the full force of the wind. I went to my normal activation spot near the obelisk but the wind was far too strong. I went back over the stile and found a well sheltered spot by one of the huge boulders. I think this might be a new regular location as it avoids the crowds! 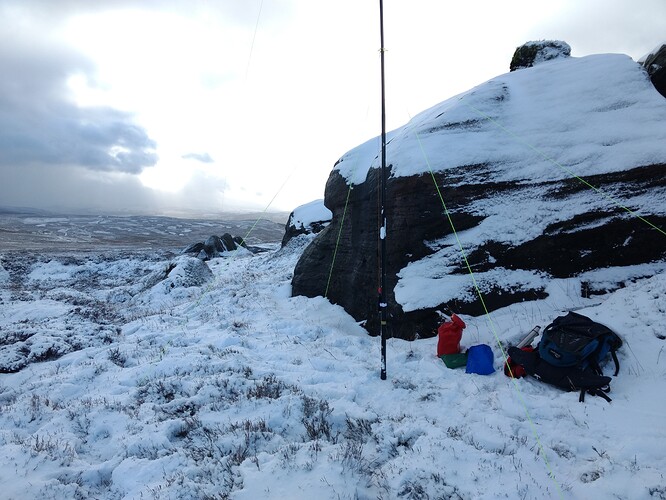 I set up for HF as usual with my homebrew CW rig and EFHW. 10 QSOs on 40m and 8 on 20m. On 40m there were two S2S including Colin M1BUU/P who was on Sharp Haw G/NP-029. If I wasn’t hiding behind a rock I could probably have seen him! The highlight on 20m was 4L6QL - at the time I didn’t realise that it was Georgia. I’m just hoping that I wrote down the right callsign as I don’t think I’ve ever worked Georgia before. 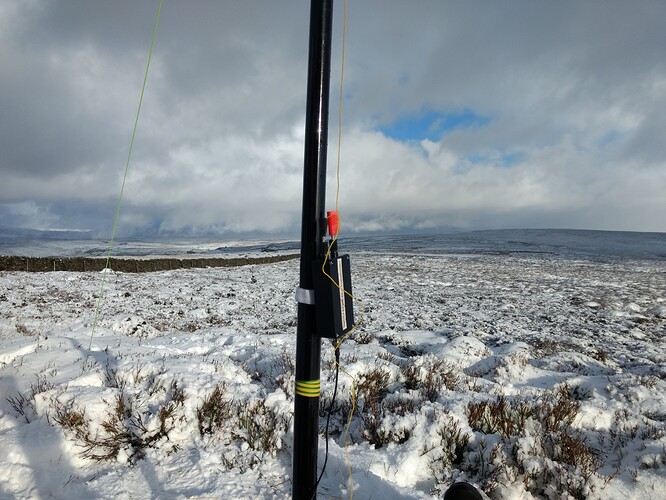 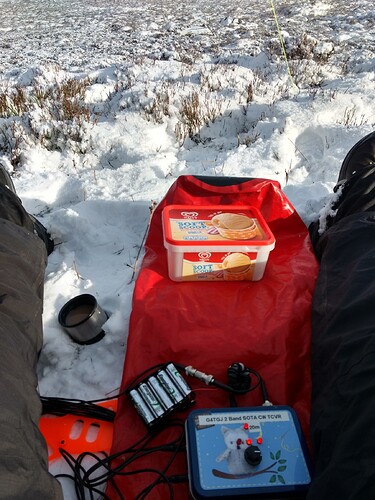 I then switched to the slim jim for 2m FM. Another 10 contacts with some regular chasers plus a few I haven’t spoken to before.

I ended up having a fantastic outing. If it wasn’t for SOTA I don’t think I would have bothered going out. There were a few snow showers during the day but the worst seemed to pass by in the valleys. Walking down at the end the snow did get a bit heavier and more prolonged but by then it didn’t matter!

Thanks again to the chasers, especially those on CW who asked me to repeat something. I get thrown when sent something I’m not expecting so assume they want the reference when it’s actually the RST they want, or vice versa.

Did your pole freeze up? Mine did the other day.

I’d been out in the dreich on Culter Fell and like and idiot, put the pole away wet. I knew I’d have fun when I set up in the ice a few days later and saw all the water droplets on the pole. It was a struggle to undo a few of the joints at going home time

Easily fixed, if they ask a question just send both the RST and REF. Then a quick 73 and ? and it’s too late for them to ask more questions

a quick 73 and ? and it’s too late for them to ask more questions

My pole didn’t freeze but I did struggle to untwist the two thinnest sections. I used the reinforced parts of my Decathlon merino gloves to get extra grip and managed to undo them. I might put a pair of Marigolds in the rucksack for the next time this happens.

I suspect it’s not quite as cold here as in Scotland. On the way down I could see that some of the snow had melted. But that meant that the footprints over the icy puddles could no longer be relied on to indicate safe passage. Fortunately I didn’t fall into any thing Vicar of Dibley style.

Here is a recording of our QSO, it begins with the end of G4YBU’s last over. I use a Philips VoiceTracer recorder plugged into my MTR. The recorder expects a microphone to be plugged in, so I use a capacitor to block the DC bias and also use a potentiometer to knock the audio level down a bit. Unfortunately I wound the pot down too much and the audio is consequently noisy. (I’ll set the level higher next time!). Your rig sounded nice to me, and also interesting is the funny sounding distortion on the audio, I think this is probably an effect of the huge signal I was getting from you and the basic AGC / audio limiting circuit hitting the roof.