End of an era: no CRT devices anymore chez FMF

I have just disposed of the last CRT device in the house, a 2005 era Sony 28in WEGA Trinitron TV. It soldiered on with a set-top box for digital TV reception after analogue TV was switched off. When new its picture was the best on the market. For a long time its picture was better than many LCD / Plasma displays and it’s only relatively recently that LCDs have bettered it. Its sound quality remained better than most flat panel televisions, it didn’t need a soundbar to make the sound acceptable. Sadly for the last 18months its picture was slowing fading out as the tube went ‘soft’ with failing contrast and pink tinges to the screen. I had to admit defeat and buy a replacement.

I’ve just taken it to the recycling tip. Me and my memsahib were able with a struggle to get it and its stand into the pickup, too awkward to fit in my estate car easily. At the tip one of the workers helped me unload it, he was keen to help till he lifted it and said “Oh no it’s a Sony, they weigh twice as much as other tellys”. The worker said it was quiet day, at 3pm they only had 7 LCD tellys for recycling and mine was the only CRT. He said they normally get about 20x LCDs a day, this in a site serving a town with a population of 70000!

I’ve had a rummage about the far recesses of the loft and there are no CRT PC monitors lurking anywhere. The house is devoid of CRTs. This is the first time in nearly 60 years where I’ve not been living in a building with at least one CRT in it. What’s funny is 2x Sony Trinitron TVs lasted from 1996 to 2019. Both where still working but both tubes showing sign of going ‘soft’. Compared with PC monitors where since 1993-2013 I’ve had 13in, 15in, 17in & 2x 19in monitors, all of which failed by going pfffft and releasing the magic white smoke that makes them work. The 2x 19in were high-end monitors salvaged from the server room at work after we replaced CRTs with LCDs. Never had a Sony PC monitor so I wonder if it would have gone on and on and on like the consumer TVs did.

So that’s no CRTs at home and the last few contests my group has been active have had no valved (tubed) PAs in use. The times they are a’changing (albeit slowly chez FMF).

No CRT at the rental appartment in the city where we live now, just LCD TV and laptops.
Back in the house I have in the village near Pamplona, there’s still a CRT (I believe it’s a PHILLIPS, but not sure) telly which hasn’t been switched on for nearly 3 years now, so I’d better take it to a recycling tip before it’s too late.
73,

The CRT remains a popular haunt for the SOTA activators of Macclesfield. 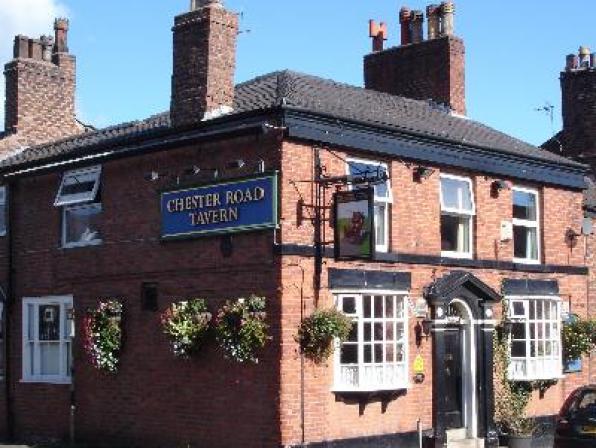 Still use a CRT as the MARS radar VDU on my dads small craft boat. 1980s era still works fine

I still have an OS3000 'scope with a CRT, though I note that LCD digital scopes are becoming affordable

Oh, and a small monochrome CCTV monitor which I use with a tiny camera for looking inside things (most recently the chimney, and before that the transport mechanism of a large reel-to-reel tape recorder… :o)

I got rid of the CRT tellies 15 years ago but still got, and use, 2 CRT oscilloscopes. The CRT pub sounds interesting.

Still a couple of CRTs chez G4MD… a 3BP1 (together with a clutch of EF50’s ) in a scope built by the original G4MD just after the last war, kept for sentimental reasons rather than utility these days and a double-beam 40MHz scope which is more useful.

I suspect I may succumb shortly to one of the new breed of multi channel digital beasts with TFT LCD screen - their versatility is truly awesome.

I am still using a CRT colour monitor for one of the two Windows 7 PCs in my shack. It is an Iiyama Vision Master Pro400 with a 4:3 aspect ratio. It has been in almost daily use for more than 20 years and shows no signs of deterioration. In those years, three or four desktop PCs have come and gone, but the Iiyama monitor has survived! (I think I bought it new in 1998).

Its built-in power unit makes a hefty CLUNK when I switch it on!

We passed our last Panasonic CRT TV off for ‘recycling’ earlier this year. It was a brute of a box, measuring about 24 inch and weighing about 30 kg and needing 2 people to lift it. It was stereo and tried its best to be a flat screen.

It was the main TV from 1998 until 2013 when it was retired to the spare room and used only by the children playing video games and the occasional TV program.

Are we now CRT free? I’ve got a suspicion that there is a 16" CRT VGA monitor hiding in the shed next to my original 286 IBM clone PC, and somewhere in the local hamdon is my 4" CRO that I loaned out about 25 years ago that is yet to be returned.

The 2x 19in monitors were Iiyamas. Stunning pictures, huge boxes, billions of input options. Really pricey when new. I got them both when they were 5+ years old and free, which is always a good price.

The 17in was a Mitsubishi DiamondPro. Another brilliant monitor. But sadly all of them went pfft and let the white smoke out.

Our last CRT TV went about ten years ago. Here is another end of an era for you: the last incandescent panel light here is in my TS-520S, when it finally dies I am putting LEDs in, as changing the bulbs is a right royal pain in the derriere, the front panel has to come off!

Our old Sony CRT TV was given away in 2007. I got rid of all the Iiyama CRT monitors a couple of years previous to that when I upgraded the work and home systems. I had to take a 19" CRT monitor to the tip last year when a relative asked me to dispose of it… my back remembers it well.

Yes, the Trinitron set the standard for its day! Gave one away less than a year ago; it’s still going strong at its new home. Still have a 50’s B&W TV, monochrome RS-232 monitor, and a capacity bridge with a 6E5 MAGIC EYE readout! The neatest CRT, somewhere in my stuff, is a 5-gun, single screen tube for viewing a single-shot event with 5 different time bases. (ECM)
Best, Ken

I took a SONY Trinitron CRT monitor to be recycled 3 days ago - it weighed 41 pounds and cost me $26 to recycle - these and most other electronic devices are classed as hazardous waste here now, because of lead and other toxic components, not legal to go to the landfill. The Trinitron worked well last time I had it on, but it was in my way, and too heavy for me to fool with any more.

I have a couple of Tektronix scopes and a HP 141T spectrum analyzer with working CRT displays. They all glow for a few seconds when I turn out the lights!

The end of an era…but good memories remain.

Bush 14inch CRT telly in the loft. Worked fine when it went up 4 years ago. Maybe I’ll test it again when we move house soon.

I think it would be rather challenging to use these old CRT television sets in the UK nowadays, because analogue terrestrial televison in the UK was phased out between 2007 and 2012. The last analogue TV transmitter went QRT on 24 October 2012.

If the CRT set only has an analogue tuner, you would have to use a so-called “set top box” to tune in digital TV signals. Then there is the question of interfacing the set top box to the television set. Almost all modern set top boxes use an HDMI output, but very few CRT television sets have an HDMI input to connect external devices. You end up fiddling around with HDMI-to-SCART adapters or other crazy work-rounds.

Walt said: “I am still using a CRT colour monitor for one of the two Windows 7 PCs in my shack. It is an Iiyama Vision Master Pro400 with a 4:3 aspect ratio.”

The newer liyama flat screen 19" 4:3 monitors are also excellent Walt. I got three over 5 years ago, sold one with a PC last year. The other two connected to my main shack PC are left on day and night, still going well. No CRTs in the G4OBK household for around the same 5 year period.

It’s the same problem with new displays and SCART inputs. My new 55in mini-monster (it’s big but not as big as some TVs) has 3 HDMI, Belling Lee for UHF DVB-T, fibre optic for audio out, heaven knows how many USB sockets for disk drives/memory sticks and a wired Ethernet socket but no SCART. I need to check because I don’t think it has CVBS or any analog input at all. My other LCD TV has a PAL and DVB-T tuners and SCART as well as 4 HDMI sockets. This means the DVD player which is SCART / UHF PAL has to be wired to the old set. Not an issue as the new one is only used to watch streamed services and my prediction is streaming will have replaced broadcast UHF TV by 2030.