In the past there was no restriction…… is there a special reason for this? Would it be possible to extend this distance?

I had this discussion with Rob or Andrew and the problem was/is not enough RAM memory on the server that runs SMP. Not sure if this has changed.

In the meanwhile you can use the hamnet map to plot a profile:
https://hamnetdb.net/map.cgi

Switch to Opentopomap and then
Right-click on the map: place profile from
and the second point: place profile to
then click on the line between points to show profile.
You can change the antenna height to 2m and the QRG to 145 and click recalculate.

What is the summit of interest? Just for me to know when and where to get the Yagi out

Thanks Joe, for the workaround! I’ll try it out immediately….
We are planning to do Berliner Höhenweg - but only in August!! - and are thinking of climbing Olperer OE/TI-012. There is a direct line of sight towards the Munich area but I wanted to check OE5 as well

is there a special reason for this? Would it be possible to extend this distance?

Basically when Google went silly with their pricing update to Google Maps API, we were forced to look at other options for elevation mapping. We run our own OpenElevation server now. The downside of that is it loads a wide map area into memory when it does a query, and the cost of increasing memory to accommodate very long paths was high, so the restriction went in place. There are many elevation services out there that you can use for the longer paths.

The temptation is to remove the OpenElevation service as it kills performance on the server when someone runs a query, but they don’t happen often.

Hi Sylvia @OE5YYN
I don’t know if you find this web site https://www.ve2dbe.com/english1.html 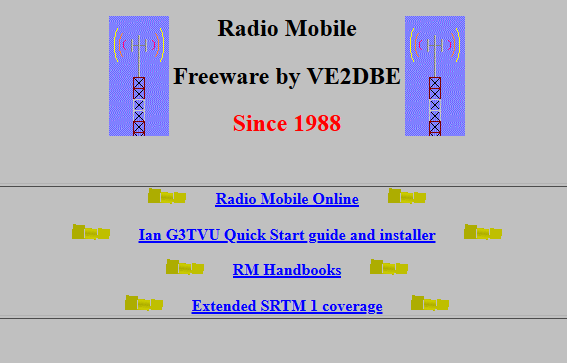 Plenty of nice tools you can use on the site or using his free software !
Not only point to point, you can define a range, frequency and power with antenna hight ! Here a copy of a 50km circle arround my QRA on 433 Mhz with 5W (green and yellow show the possibility). 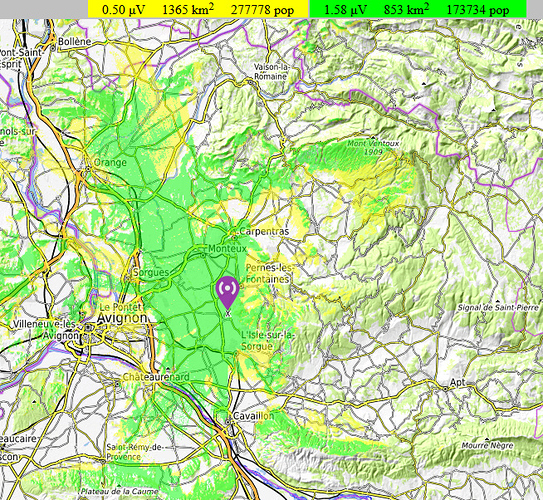 Thanks a lot for the useful links and tools!

You can also use Google Earth to see an elevation profile between 2 points:
https://support.google.com/earth/answer/148134?hl=en

Your welcome Sylvia. Glad to help.