After last week’s trip to FL/VO, which was great fun, it was back to something a little bit more strenuous on Sunday with EI/IW-010 Binn Idir an Da Log, high point of the Maamturks in Connemara, 702m (10 points). Despite its relatively modest elevation, this is fairly rugged country. Typical of the Maamturks it is steep sided with a rocky summit, requiring a bit of scrambling.

The route started from Mamean car park, followed the Western Way trail as far as the grotto and then turn left up the steep slope to Binn Chaonaigh (633m). From there, it’s down to the col and up the slope to Binn Idir and Da Log SE Top. From there transverse across a series of outcrops before reaching the summit. 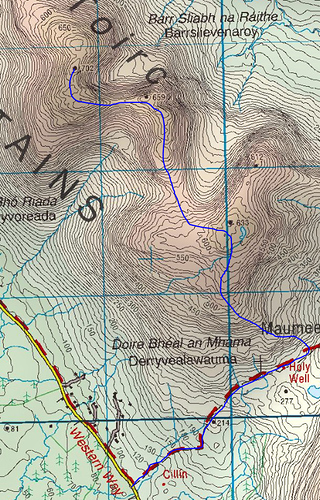 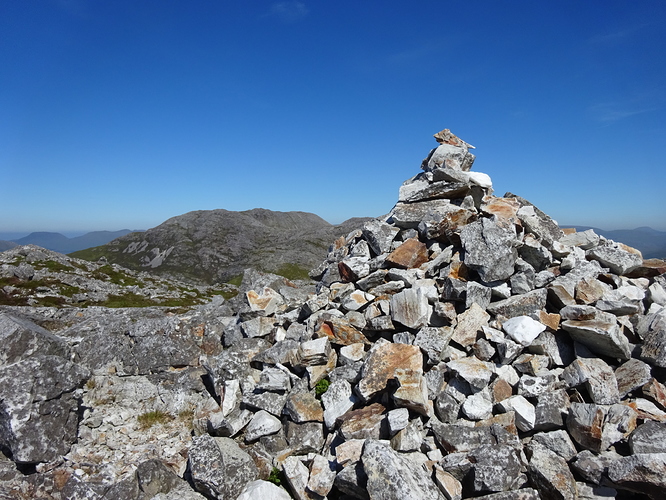 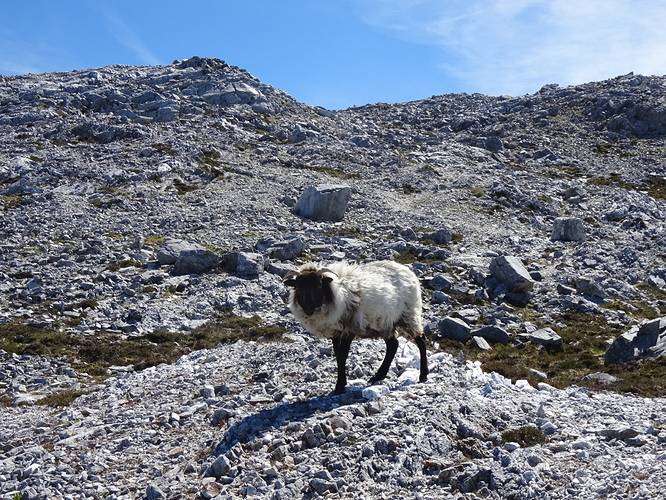 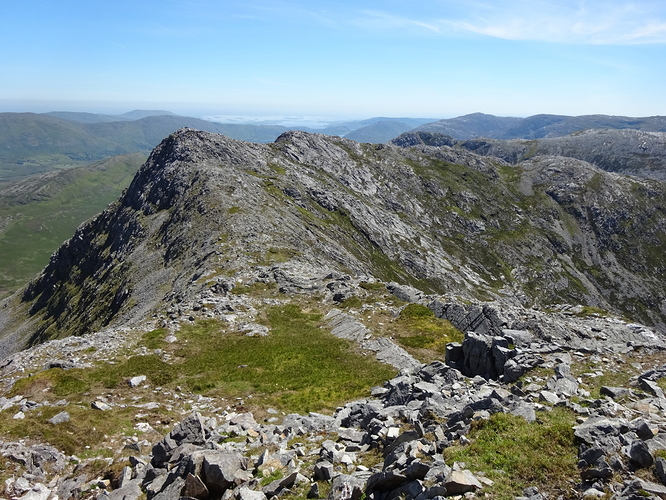 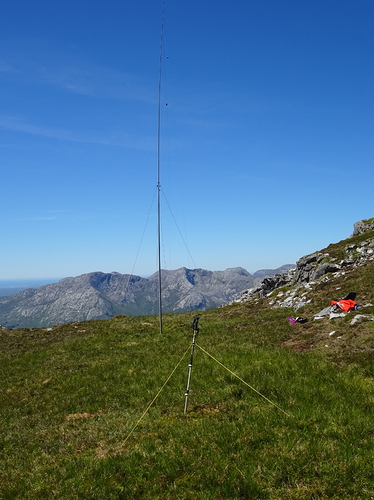 There is a little grassy area just below the summit where I set up. Equipment used was a KX2, 40-30-20m trapped EFHW. Power was from a Zippy 4200mAh Lifepo4 (which I managed to keep out of the clutches of Security at Basel-Mulhouse last week, when they suggested it was a scooter battery. I showed them the KX2 and said ‘Radio Ham’ - that look of slight pity came upon them and battery was returned).

Total time up and down including activation was just over 6 hours. Conditions were very warm throughout. Apart from the slow Sunday afternoon traffic on the way back to Galway city, it was a great day out - highly recommended.

HI Ed. Thanks for the contact on Sunday. Yes, you were pretty strong with me, too. I think perhaps there is just a finite number of chasers out there at a given time. If they’ve already worked them on cw, there’s no need to work me on phone.
I’ve found that’s true the other way round also, i.e when I work ssb first.