Well, that was a glorious week in EI. It was not intended as a SOTA trip, but as well as visiting family and attending a friend’s wedding in the West of Ireland, I managed to fit in a couple of summits.

Arderin EI/IE019 was first up. This is the highest point of the Slieve Bloom mountains, a little south of the centre of the island of Ireland. Fairly easy to access, there is a scenic road which wends its way over the mountains, passing close to Arderin, called the Glendine Drive. There is just a 20 minute walk up hill to the summit. Plenty of room at the top for aerials, but no shelter.
I was lucky with the weather, bright sunshine and a light breeze.
In two hours I managed 22 contacts on 30m CW, and 16 on 40m SSB. All 5W from an FT817.
Although I had a phone signal, the self spot text refused to send. I hadn’t alerted, so RBN was not going to help. Into the breach rode Roy G4SSH who quickly found and spotted me on 30m. Many thanks, Roy.

My phone battery decided to sulk, not having been charged for a few days, so I just took one photo, and then switched it off to conserve the battery for emergency use. Although an easy drive, it is a very little used road, and a long walk to the nearest habitation. 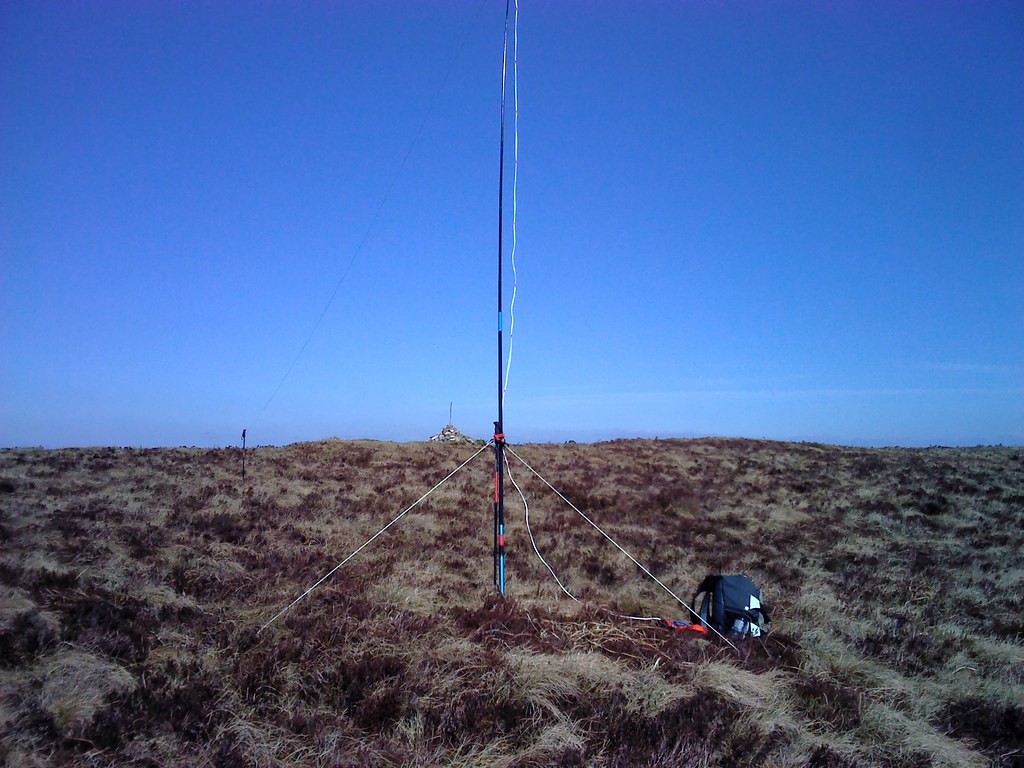 Next up was Ben of Howth. This is just north of Dublin, and would be easy to activate using public transport, but I had the luxury of staying in a hotel at Sutton, just on the isthmus of Howth.
It was a novelty for me to set off walking from a hotel, and enjoy a circular walk of about 6 miles including a SOTA summit.

A very pleasant way marked route, including the crossing of a golf course.
Last time I activated this one in 2013, I parked closer, and walked up through the quarry. In fact, it would be possible to drive right to the top if you were so inclined - I wasn’t!

In a rather chilly breeze I managed three contacts on 2m FM, and then six more on 40m. There were plenty of big signals on 40m, but conditions were not favourable to me with my 5W.

A view from the path. Furze bushes (or gorse, as I would call it) are plentiful, and although there is plenty of room at the top, aerial rigging is complicated by avoiding the prickles, and avoiding the many small paths used by mountain bikers. 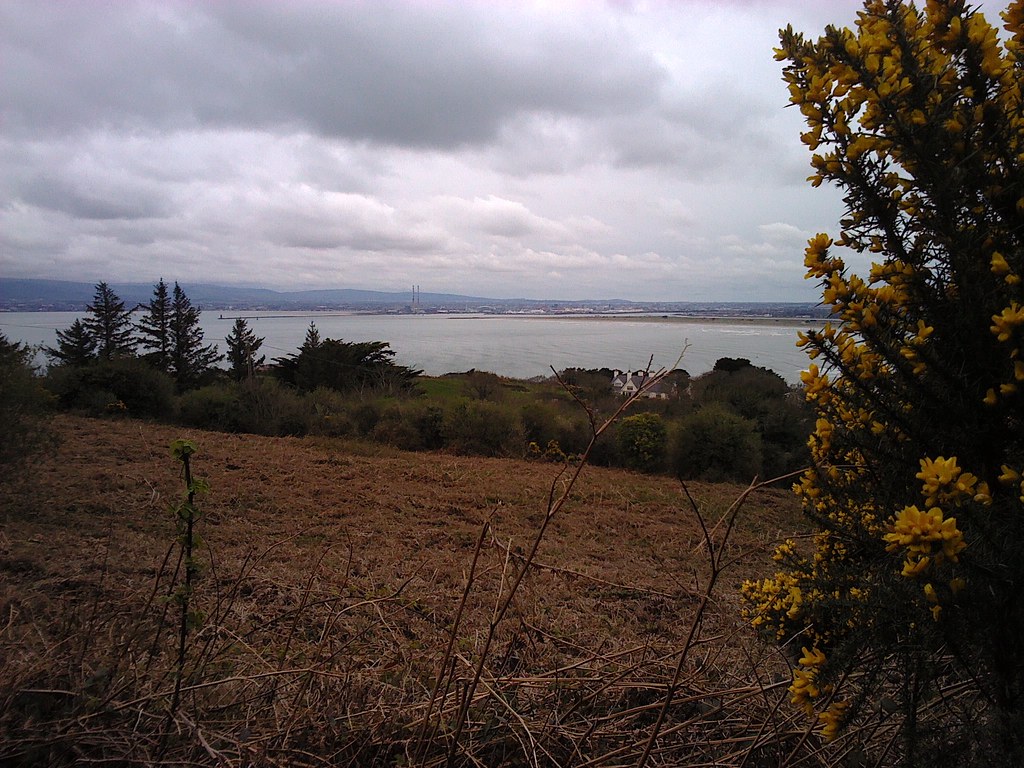 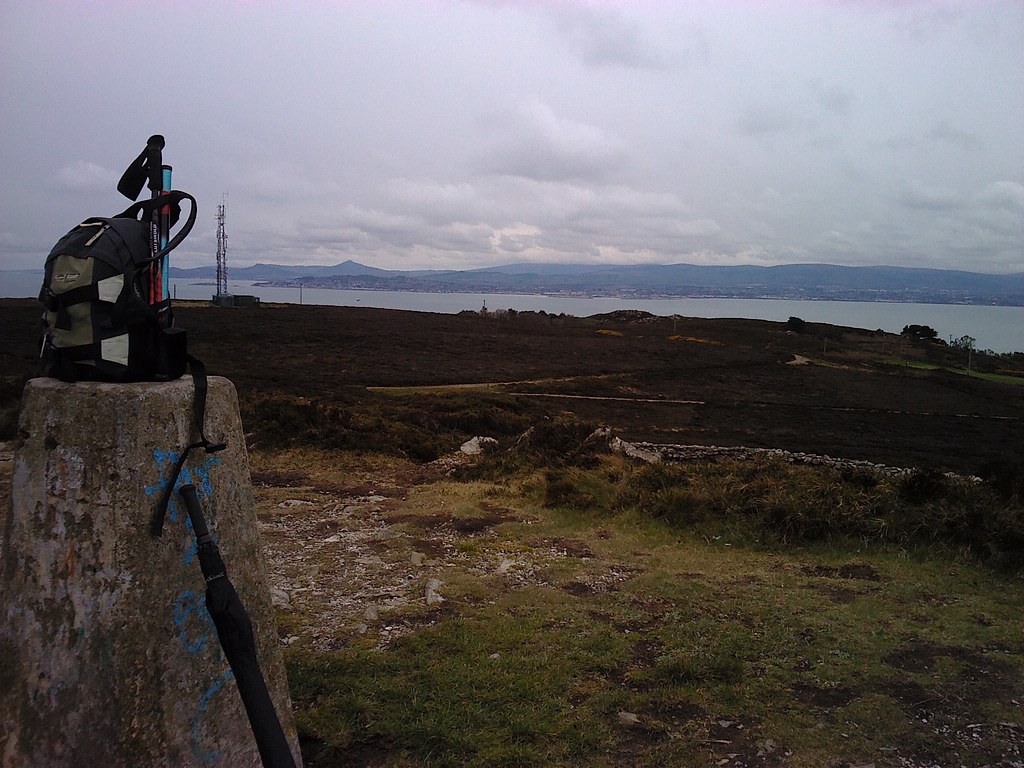 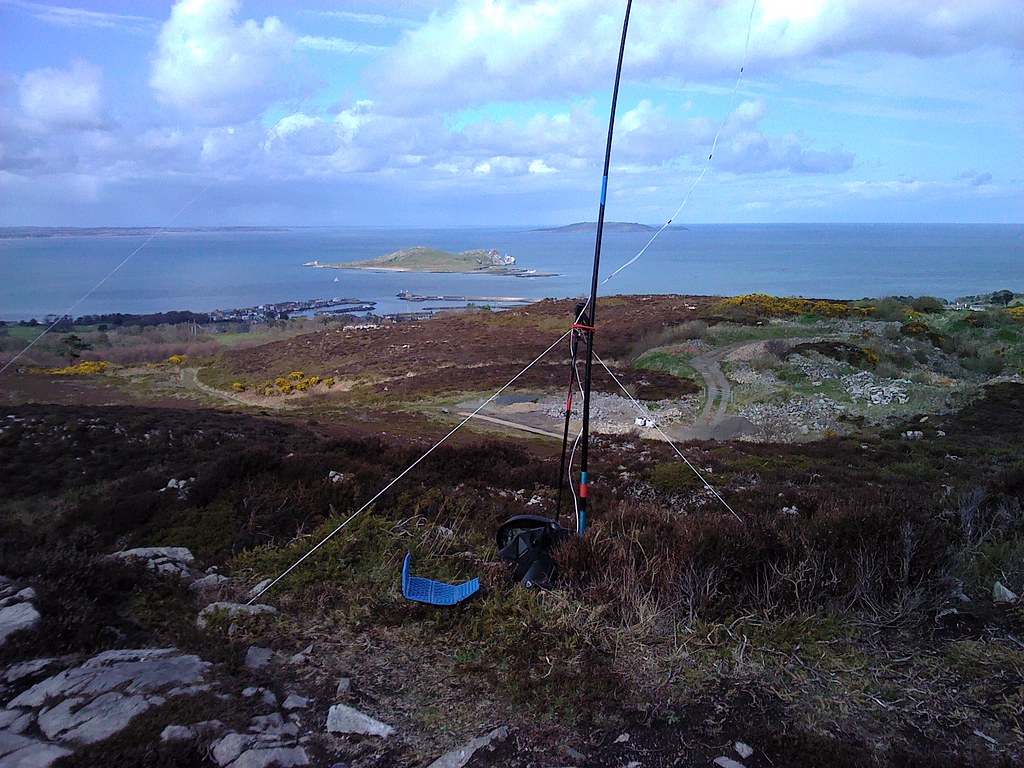 OK, and here is a aerial photo I took of the summit flying home last year, when I was unable to get to it on the ground :o) 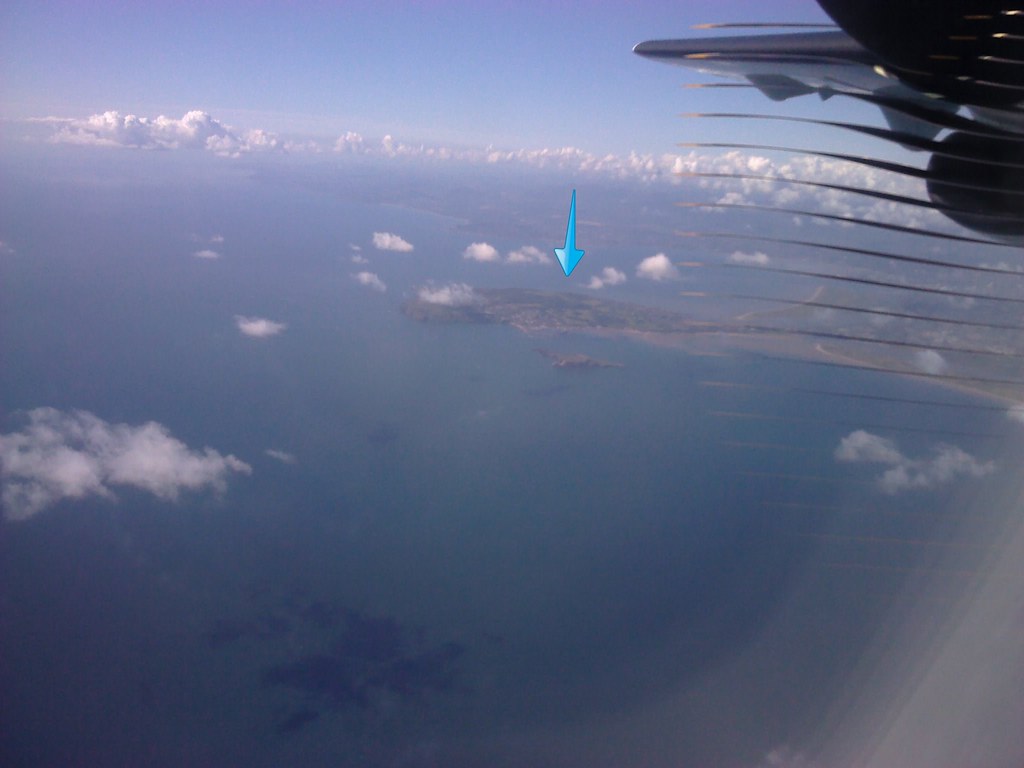 Many thanks to all who called me, and who took the trouble to listen but couldn’t hear me, much appreciated.

Thanks for the report Adrian. You certainly had excellent weather on Arderin EI/IE-019. Many thanks for the H2S (or from your viewpoint S2H) from Dod Law G/HSB-004. Apologies for the getting the name wrong - hopefully I will engage brain before speaking next time!