I had the morning of Saturday 5th May to myself and mused where I should go activate in the Lake District. I headed off for Red Screes around 6.15am but I drove straight over Kirkstone Pass as it was shrouded in mist. There are a few Lake District Summits that seem to suffer from cloud cover more than others. I had a notion to do St Sunday Crag, one of my favourites, from the Patterdale side this time rather than traversing up from Grisedale Tarn below Seat Sandal.

In the end I double backed towards Hartsop with my mind made up - I’d grin and bear the slog up to High Street. 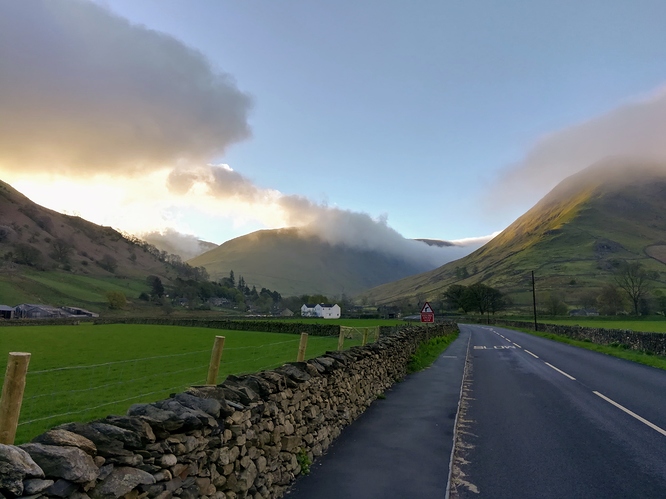 I’d done this route last year (more or less, I ascended on the Westerly side to Gray Crag to include the Wainwrights in a horseshoe) but time was pressing, so I ascended on the Easterly side, via the Hayeswater Water Treatment building up to The Knott.

The slog up from The Knott to High Street is further than it seems but does afford excellent views towards Haweswater Reservoir - it’s an hour’s drive from Windermere via Shap and yet here it is in the next valley along! 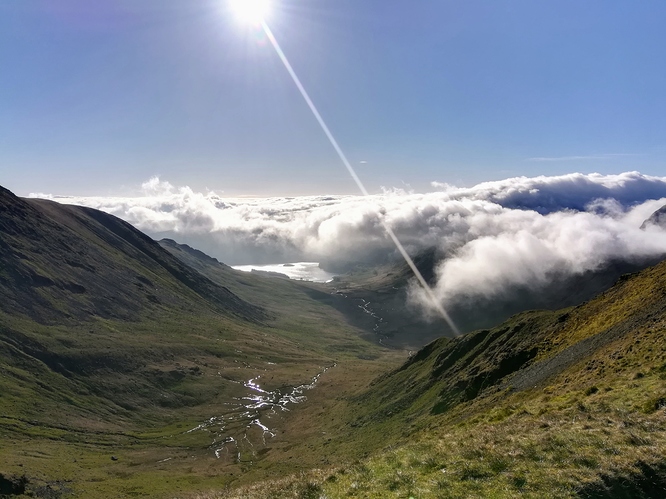 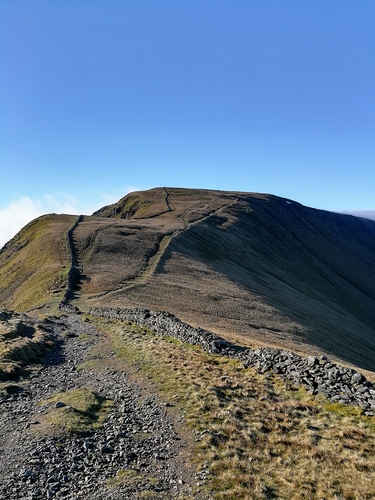 I finally got to the Benchmark stone with the mist rolling over the top from the West and the majority of the activation was done in murky conditions with blue skies overhead. Occasionally this would clear with views towards Helvellyn. 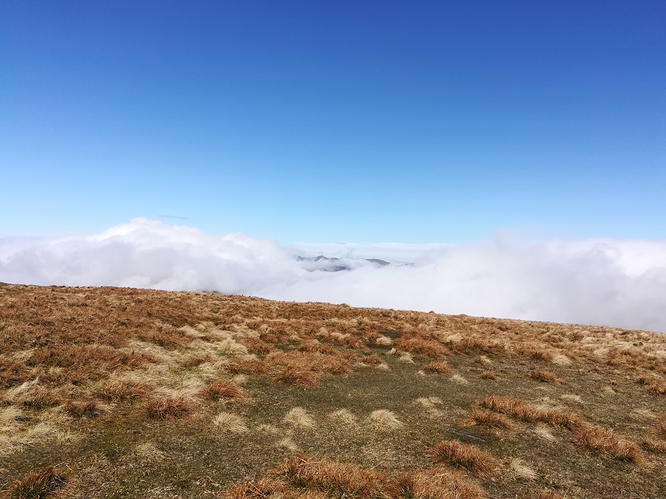 Setup was straightforward with the SOTABeams Travel mast and Quadbander antenna soon up and running strapped to the trig point. 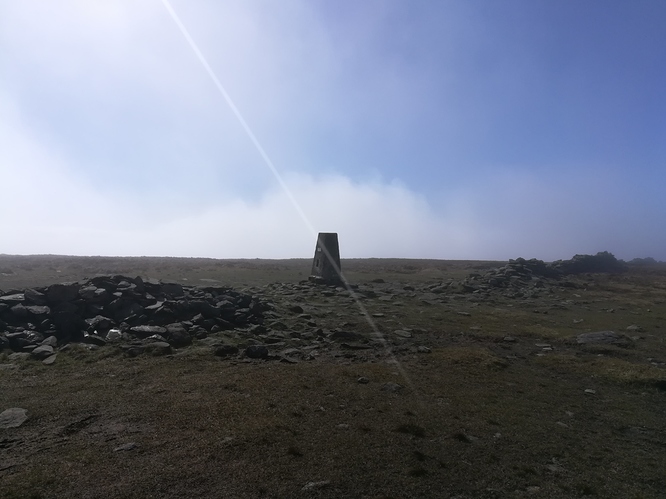 I only saw one couple whilst on the summit - a couple walked past on the Kentmere Horseshoe before I got started.

I thought I’d start on HF to give the local chasers time to rise given that I was starting around 8.30 BST. First band was 20m which provided a good run of contacts into Europe, band conditions no where near as bad as I had thought they may be.

Next up was 40m with European and UK contacts - skip distance (due to Sporadic-E?) proving usefully short. 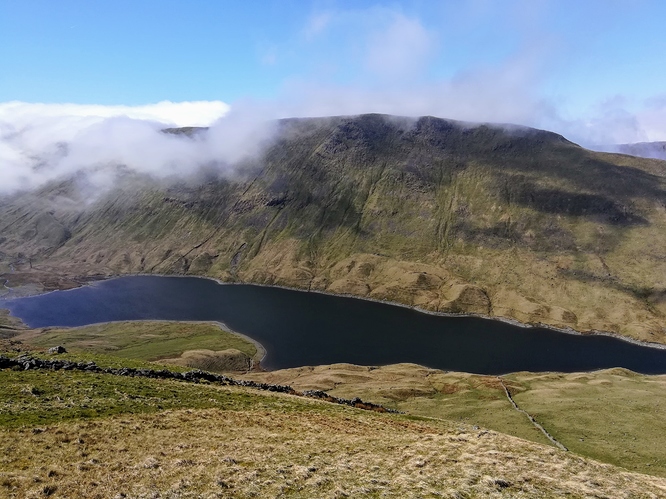 Surprisingly 80m was fairly quiet from this location, a far cry from recent experiences. I had noticed there was an expedition into Czechia from the alerts and was keen to try a S2S and with a helpful nod from an 80m chaser that he was on 40m I dropped down and after the pileup had run down managed to complete the QSO just before he was going QRT on 40m SSB.

The other S2S was much more local with M0BKQ/P in the Pennines, knocking the doors off with what was probably a line-of-sight contact. 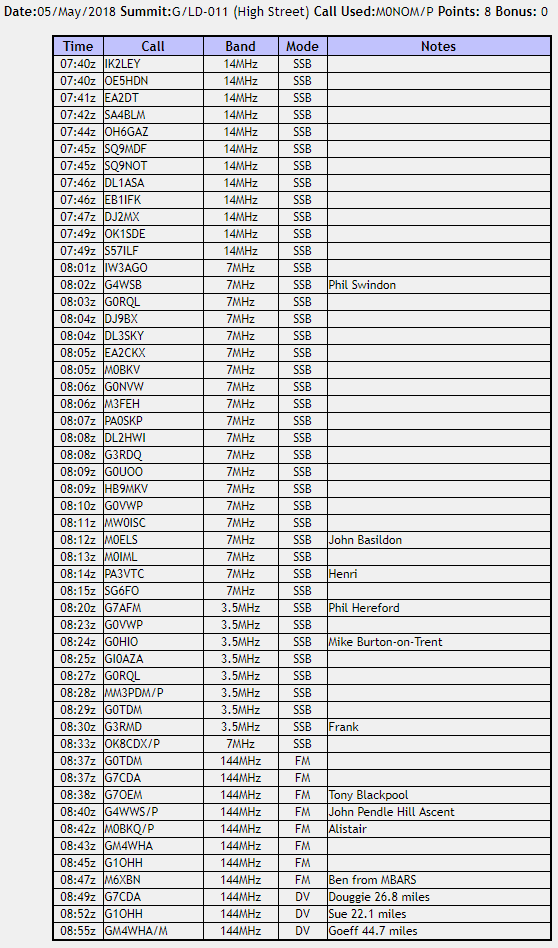 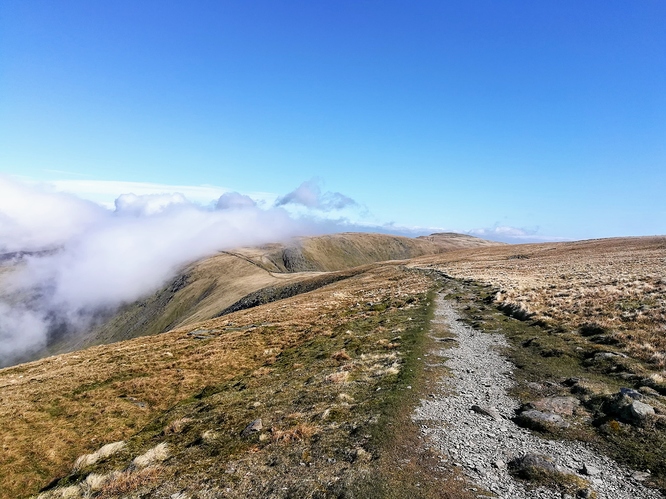 Total ascent time was just over an hour and a half, with about the same on the way back down - however I did stop to have a coffee at the reservoir as I needed to justify hauling that JetBoil all the way up to High Street! 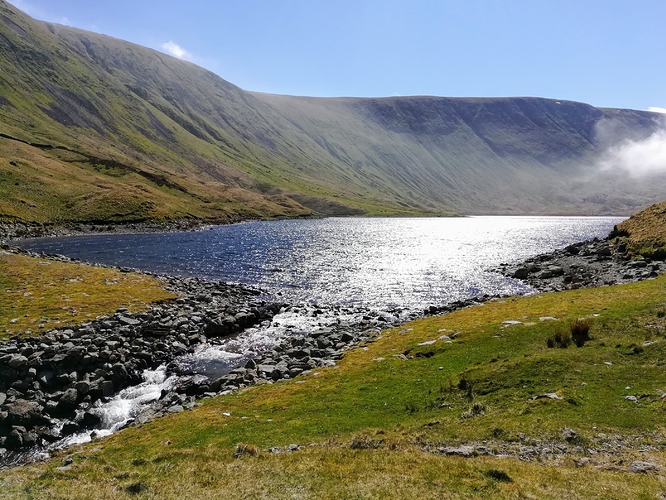 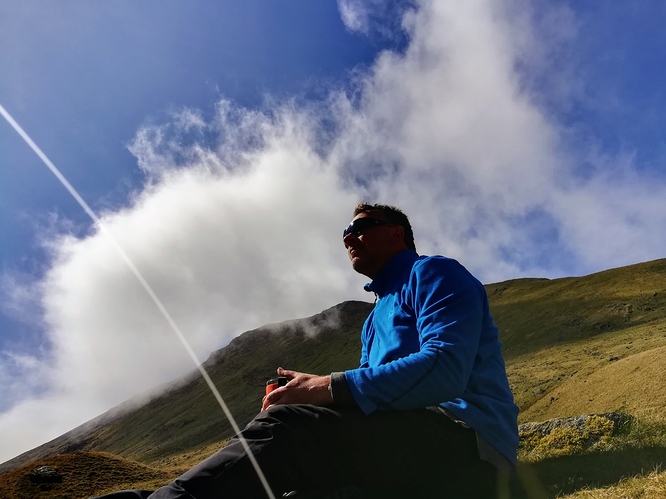 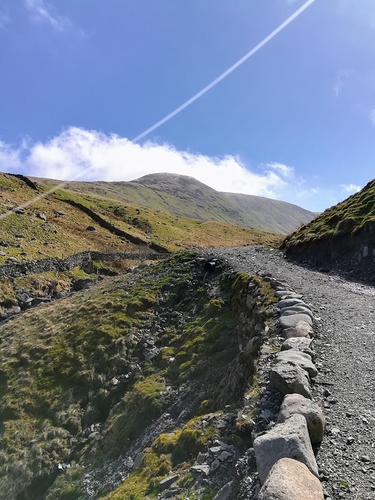 Thanks as always to the chasers, with 52 contacts including three on 2m C4FM which is a mode that continues to gain popularity in the North West, in part due to the excellent promotion by the North West Fusion Group (look them up on Facebook).

Logging now is via the excellent Fast Log Entry which genuinely is the exact logging program I have been searching for. I still prefer paper logs on summits, I’m just not that well coordinated with the tech to attempt direct entry. Excellent application! 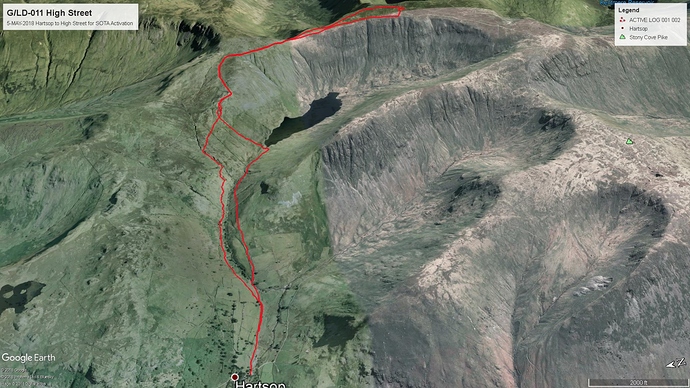 p.s. spotted a couple of patches of snow on the side of High Street and there is still a little left on Helvellyn, may be gone by the end of the Bank Holiday weekend however! 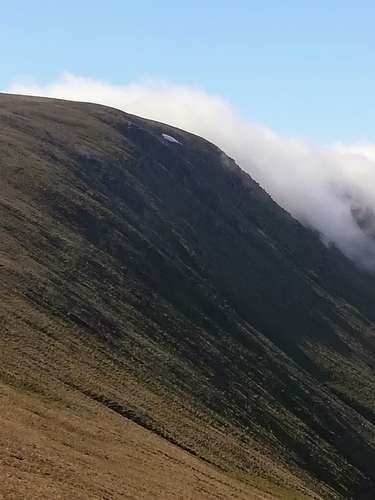 WOW cracking photos thanks for sharing.

I agree with Karl…excellent photos and its on my list of peaks to do sooner than later when back in the UK. Thanks for sharing.

Thank you for a nice report and an S2S QSO on 40m SSB. Good too see such lovely weather back home for the Bank Holiday weekend - it is the same here in Czechia.