“Eagles Peak South” W3/PD-018 is located on South Mountain near Newmanstown, Pennsylvania. Look for it in the pointed eastern most part of Lebanon County, with the tip of that point less than three miles distant from this SOTA summit. The bordering Counties forming this point are Berks and Lancaster. This was a private property activation for us, but the publicly accessible parking lot and much of the CLOSED TO MOTORIZED VEHICLES direct access driveway is on Pennsylvania State Game Land 225. Take note that there are two Game Land 225 Parking Lots on Cocalico Road, about half a mile apart. The northern most lot provides MUCH easier direct access.

There are several nearby major access routes. U.S. Route 422 to the north and east, PA Route 897 to the south and PA Route 501 to the west. PA Route 419 is the closest access route, running from U.S. Route 322 to PA Route 183. Much of the area served by Route 419 is rural. Beginning at Route 322, it heads east passing through Ouentin and intersecting PA Route 72. Just before reaching Schaefferstown, it merges with Route 897. Then running in concurrency, those now combined routes cross Route 501. Route 419 then splits from Route 897 to make its way to Newmanstown. Soon after reaching Womelsdorf, Route 419 comes to a junction with Route 422. After crossing Old Route 22 and the I-78 / U.S. 22 interchange, it reaches its northern terminus with Route 183. Lots of easy access to Newmanstown.

Access to Eagles Peak South is by way of Cocalico Road, and a roadside State Game Land 225 Parking area at coordinates of 40.3210°, -76.1947°. At that point, vehicle access to an unpaved rough condition summit driveway is blocked by a closed / chained gate (at the upper end of the SGL Parking Lot) and a CLOSED TO ALL MOTORIZED VEHICLES sign. There is a well worn walking path that circles around the closed gate.

Beyond the gate, the driveway follows one edge of Pennsylvania State Game Land 225. But at about the “S” curve section of the driveway, the Game Land ends. The driveway then passes on to private property. This is also roughly the lower limit of the activation zone. I cannot determine if there is a small overlap of the Activation Zone and State Game Land. A very close call, but it would be the ONLY chance for Eagles Peak South to be a public access summit. Check a good Topo Map and this Pennsylvania Game Commission Map viewer to see it for yourself: Pennsylvania Game Commission Mapping Center Or, seek a land owner’s permission like we did.

There is more than one private property owner along the summit ridge. The SOTA database summit coordinates of 40.3248°, -76.1952°, and the vastly superior benchmark location nearby are NOT on the property of the site owner we contacted. Our activation was done on his property at coordinates of 40.3228°, -76.1976°, nearly on top of his Private Property - No Trespassing sign.

An appointment had been made with the site owner for an advance tour of the property corner marker locations. We then knew our best permissible area to operate from. I wish the rocky higher ground benchmark area was public access, but since I don’t see that happening, we are grateful that at least this site owner is generally Ham Radio / SOTA friendly.

I have not listed the Transmission Site owners contact information. As local ham radio operators, we managed to find him easy enough. He gave us general permission for an upcoming activation, but wanted to be informed when to expect us. Then he did happen to stop by on the day of the activation. The photos that day of our operating equipment were taken by him. At some point later we did notice some local hikers drift by on the way to a woodland trail. Briefly passing through on a hike seems to attract a bit less attention than a lingering visit.

I have no idea how much future interest there might be for new operators to do activations of this summit. We were the first (and only to this point) Eagles Peak South activators. If there are any questions, AB3TQ might have a few of the answers for you. Email is good on QRZ. 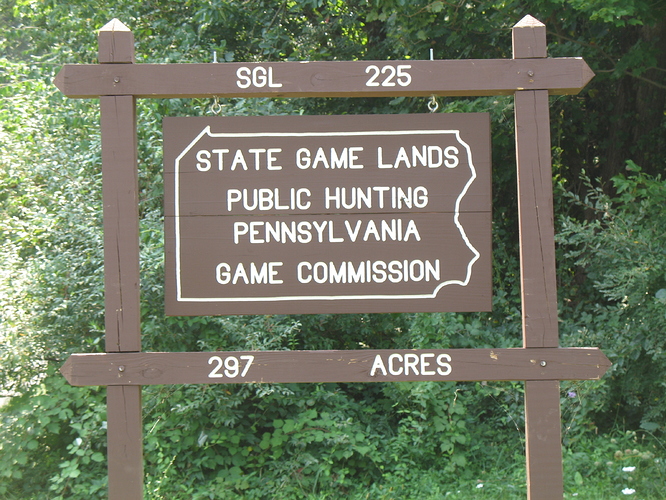 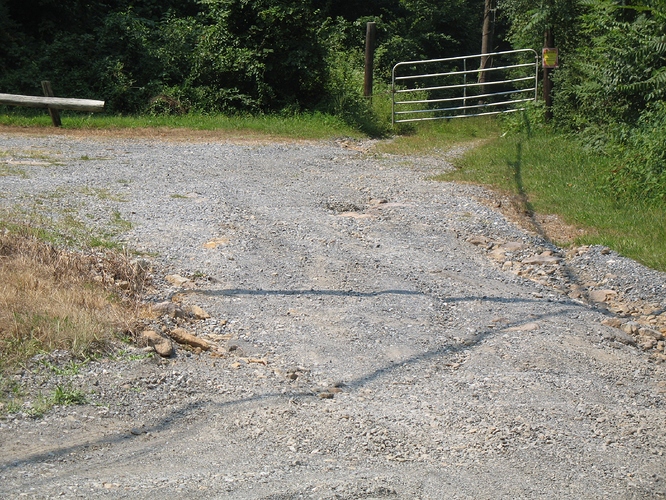 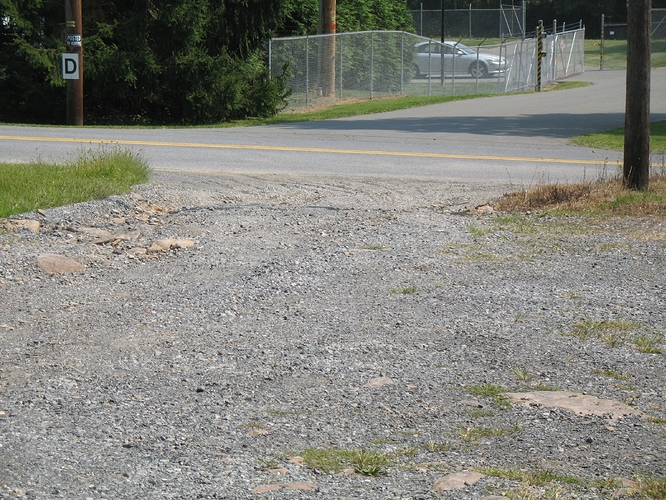 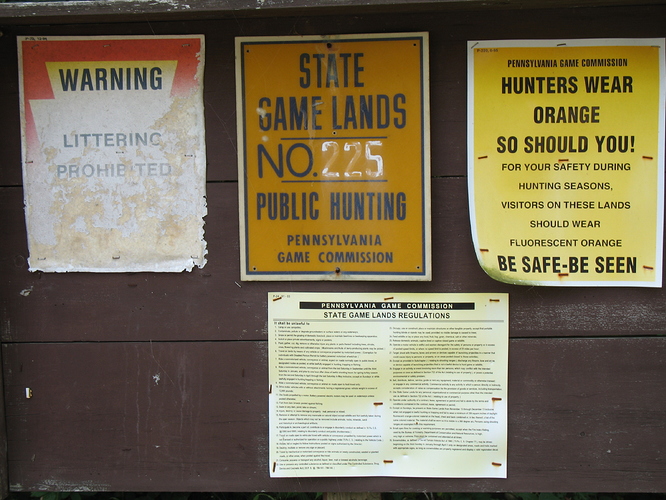 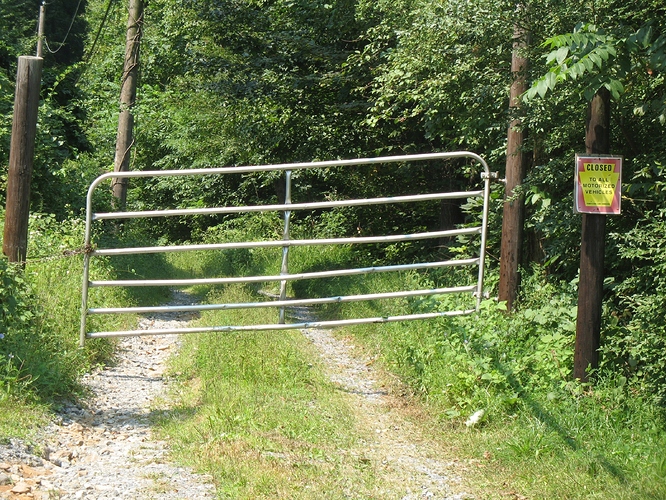 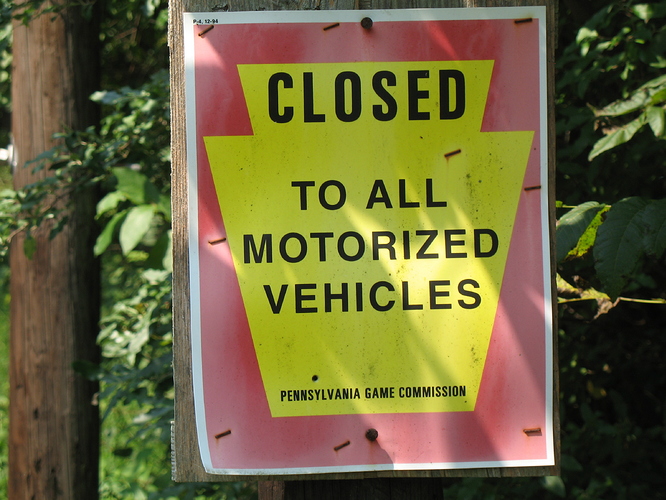 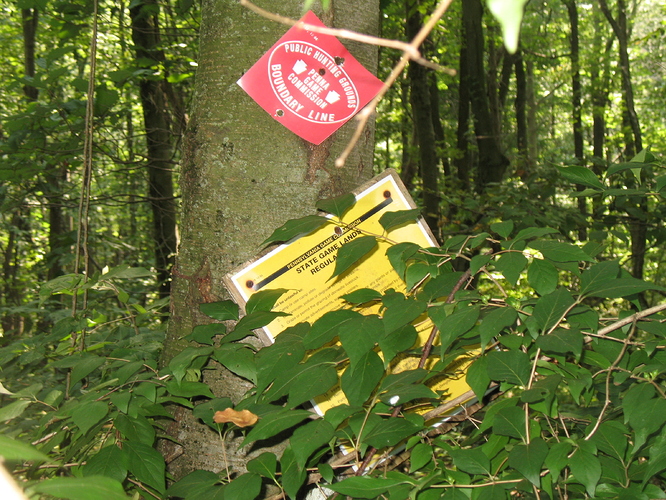 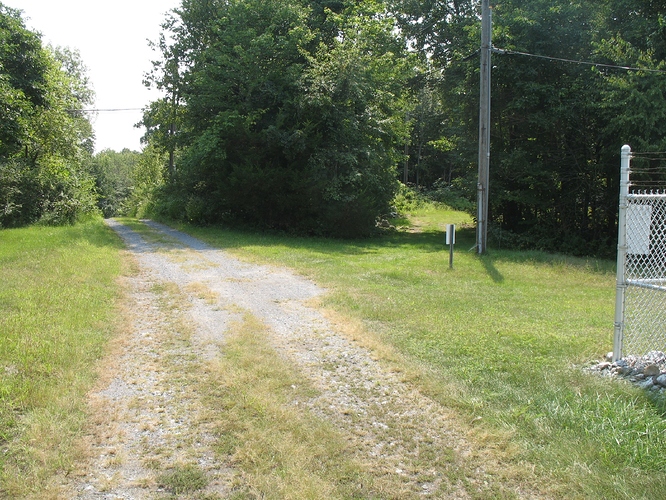 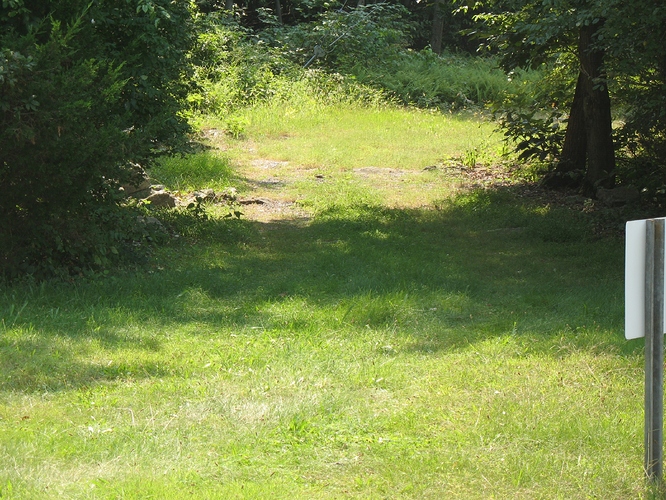 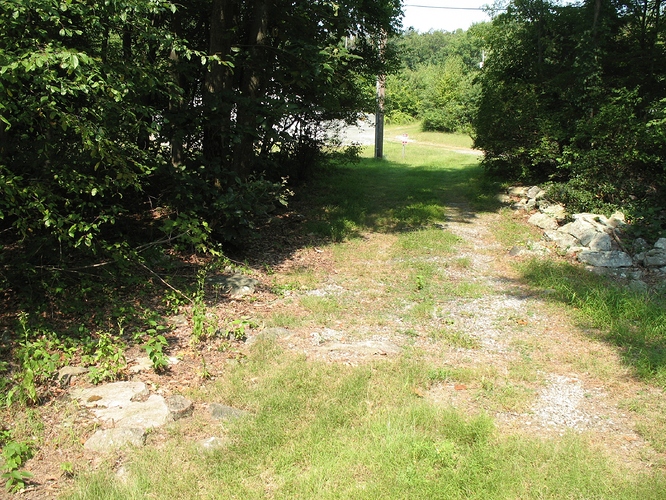 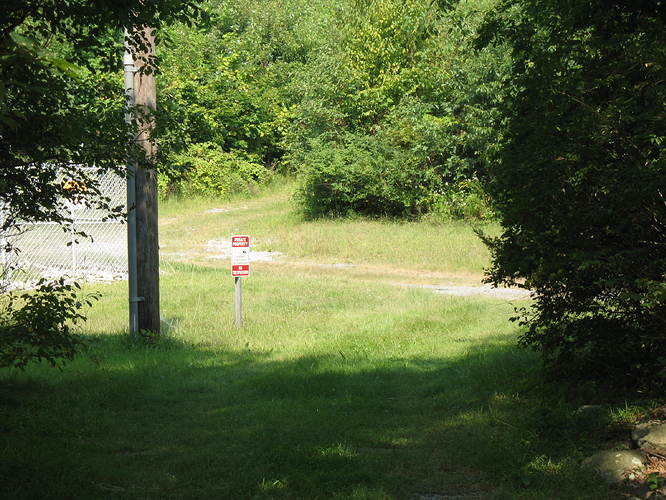 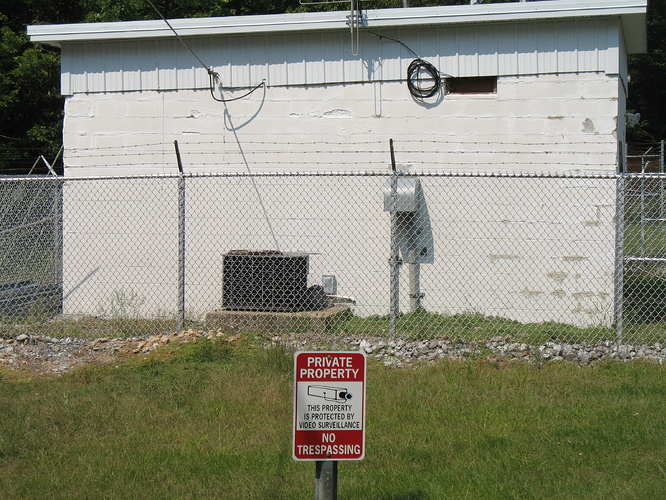 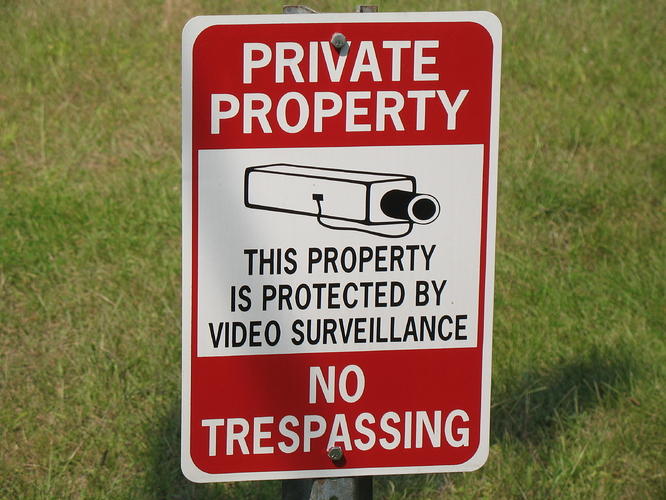 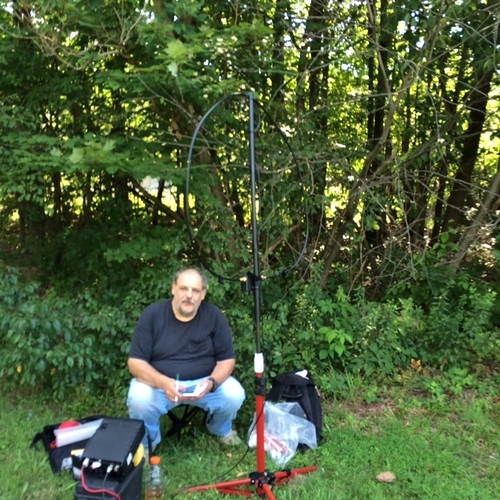 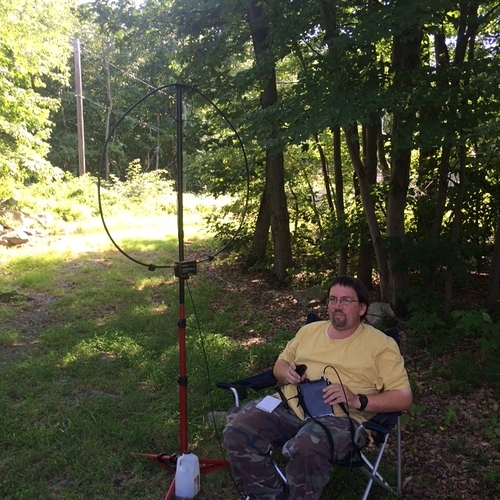 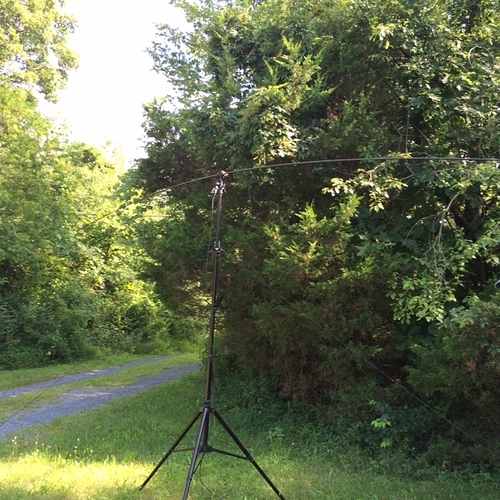 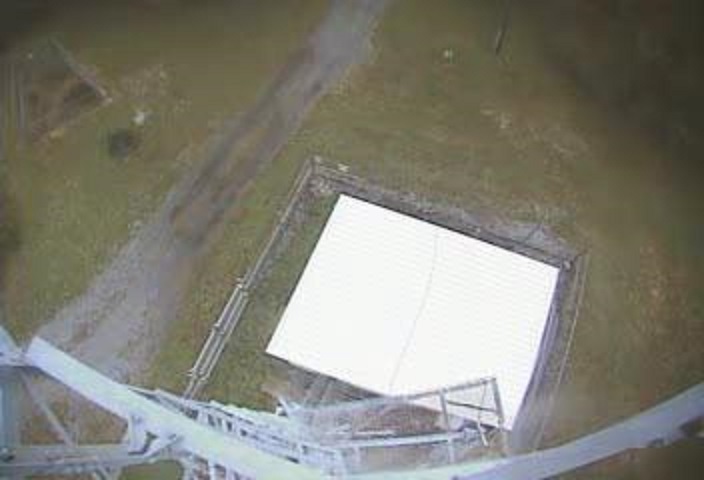