So I’ve let my fitness slide even more than normal and with a lot of life going on I haven’t been out to a hill for a while. I wanted to at least try to get another bonus point and came across Dun Coillich just to the north of Aberfeldy. Looking on the OS Maps my plan was to go up to White bridge at the car park and take the marked track then strike off cross country sure in the knowledge it would be tick infested knee deep heather. As I drove up the B846 north I passed one car park marked as ‘Community land’ then arriving up at White Bridge found the same signs. In the gated car park I picked up one of the tourist leaflets noting the signs to stay on the path due to ground nesting birds. The leaflet had a great map and it showed marked paths in the area including one to the summit. Not wishing to appear rude nor disturb any birds I got back in the car and went to the lower car park NN 76883 52860. There was a hut there with compost toilet, locked, so this is obviously the base for the workers/volunteers to work from.
The path was well marked with stakes so no real navigation is needed but the path on the ground varied from grass, mud, bog, wet, burn. They were not that well defined so I don’t know how long they’ve been in place. 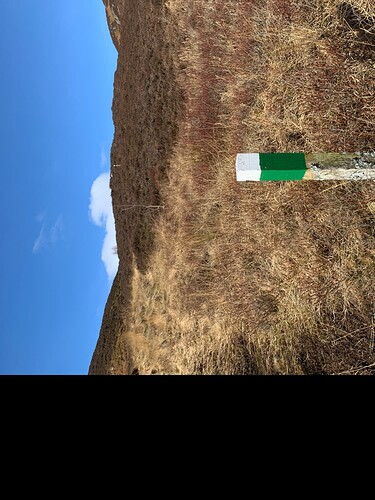 It was easier than going rough through heather although I did think I’d need to be careful on the way down in case of slipping. The stakes above were quite easy to see and the next 3 - 4 always visible. Not a lot of bird activity apart from a few mewing buzzards. The ascent was gentle enough and the views were spectacular with the hills covered in snow from about 650m and upwards. There was a north westerly which I thought may give issues when on top. At the junction noted on the leaflet the summit path diverts from the green/white pat and the stakes change to green with a white circle. 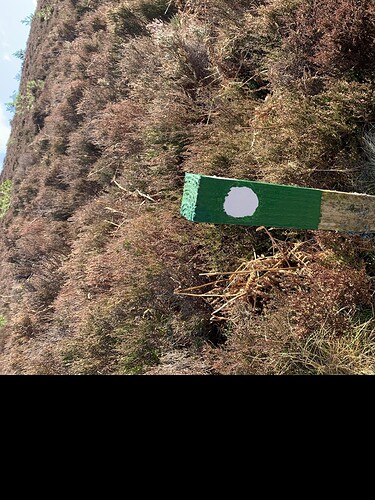 This is where the climb started getting immediately steep and wet/muddy. The route, I chose not to use the word path, takes you up to a saddle between the 571m and 572m summit. It gets gentler at the top but not having been out a while I had to dig in to get up. 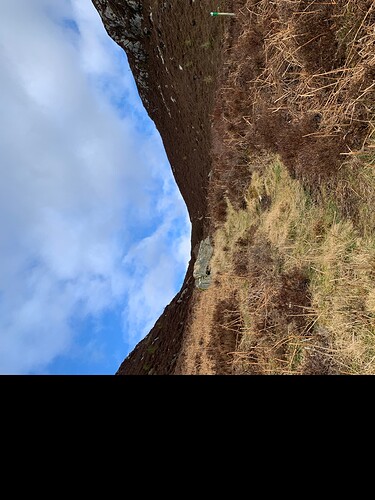 The only snow was patchy at 500m+ and only where the sun hadn’t got hold of it. 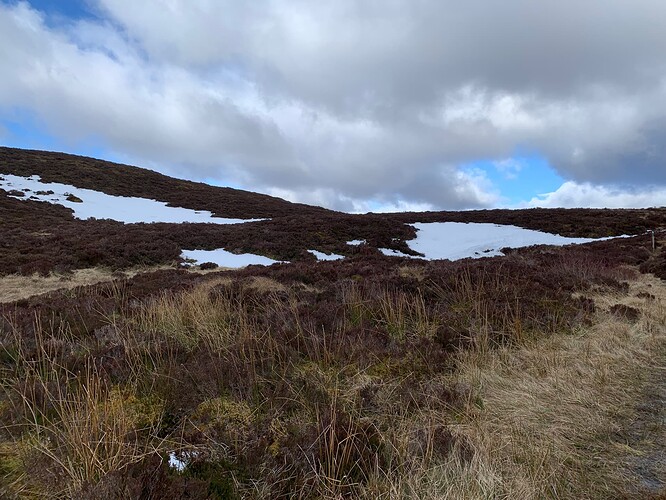 Getting to the top following the stakes they stopped short of the summit. At the time of writing the summit cairn was on a bearing of 132magnetic from the last stake. 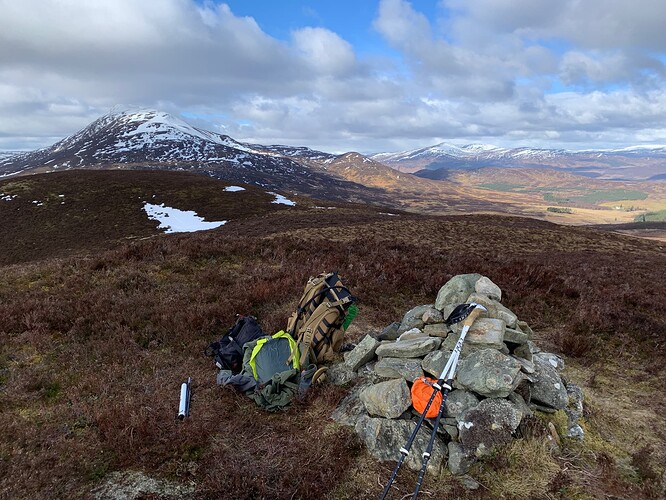 There was a fair blow of wind so I erected my Sotabeams carbon pole and rigged a bandspringer. I lay on the ground to get what shelter I could from the cairn and my bergen. 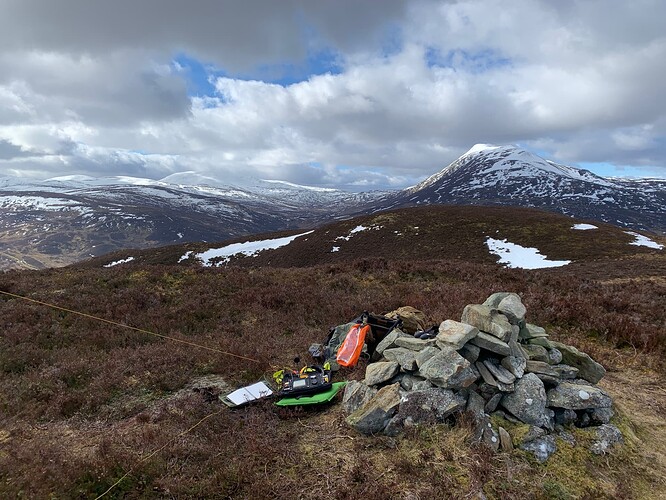 Switching on I was on 40m so I found a frequency relatively easily and posted an alert. Vodafone gave me 4G. Response from Chasers was great some standards getting in early 2E0FEH & F4WBN and later G0FEX and G0RQL. Thank you one and all.
I don’t know what it is I listened to callsigns on the radio for much of my working life I just don’t seem to be able to pick them up on amateur radio first time. 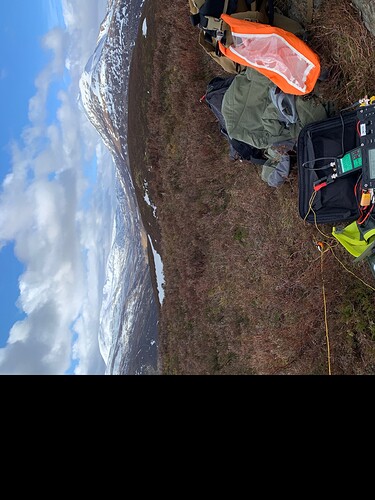 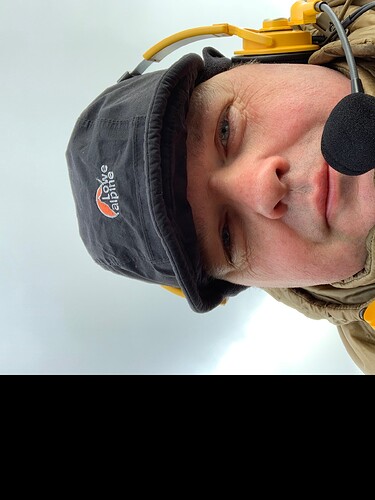 I tried 20m but the contest activity was incredible I genuinely couldn’t find a space. After doing a bit of a chase looking for S2S I only managed to get in touch with G3TQQ who’d called me earlier, doh. I moved up to 17m never having been there for an acitivation and got some great calls in from far and wide.
Packing up after an hour I headed back down the path. The path down was more treacherous to the joining of the path, my knees took a real workout. I’d set foot on the green/white path and found myself on my ass in muddy water. Cold muddy water. I got back to the car meeting a few people en route and filling them in on SOTA and made a brew before heading home.

The route is well marked out but is muddy, slippy and wet. Still probably easier than going cross country through the heather though. Two worthy points and a couple of bonus points to boot.

Why it is so important to restore native woodland? Read this report by Andy Walker. Background

Things to see and do in Aberfeldy, Loch Tay and Glen Lyon, Perthshire. 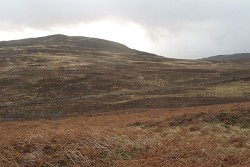 Dun Coillich is a minor hill to the east of Schiehallion. It rises above the Glengoulandie deer park. It was the subject of a community buy-out and is now being regenerated as a natural forest.

Ah can’t seem to find how to turn the pictures the right way up. Poo.

If you paste your pictures on a Power Point, then you can turn them there and once you had turned them to the right orientation, you can cut and paste them here on the Reflector.
Good luck!
73,

Many thanks for the interesting report Paul. I’ll add the information to my growing “to be activated” list. Now all I need is T I M E to get back up to Scotland… a very precious commodity. You’d think I was still working!