It had been a long time that I had in mind the idea of ​​doing a small Sota tour which would be a journey where the main mission is to activate as many peaks as possible, a sort of dx expedition where there is not only a destination to reach but you have to stay around and reach as many mountains to climb and do radio activity from the top. In May 2022 the idea begins to become something concrete and with Luca Iz0fly and Maurizio Iu0ktt we decide together to combine our Sota traveling tour with a visit to the legendary Friedrichshafen fair which this year reopens its doors to radio amateurs from all over. Europe after two years of closure due to Covid. The organization was mainly this: travel by car from Rome and sota activations in the countries crossed by finding peaks not too far from the motorway and close to our final destination of Friedrichshafen in Germany. Thanks to the Sota Reflector forum I got in touch with several German and Austrian OMs who advised me of the peaks that had these conditions and I was able to start planning the trip with the idea of ​​being able to activate at least 4/5 Sota entities during the four days around Europe. We then equipped my antenna with a “fixed” bracket to be able to install a mobile HF antenna in order to spend the many hours of travel (950 km from Rome to the fair) in the company of Hf traffic. Once we had planned the five peaks to be activated, we finally left Rome on the night of 23 June, the idea was to leave at midnight and drive in turns until we reached the first peak to be activated in Austria. Although the idea was quite crazy, the plan worked, around 9 am on the 24th we arrived in Austria, after many hours of driving where we listened to a fantastic night-time qso on 30 meters from two American colleagues who would never have imagined to have three swl listening cw at that time and moving too. 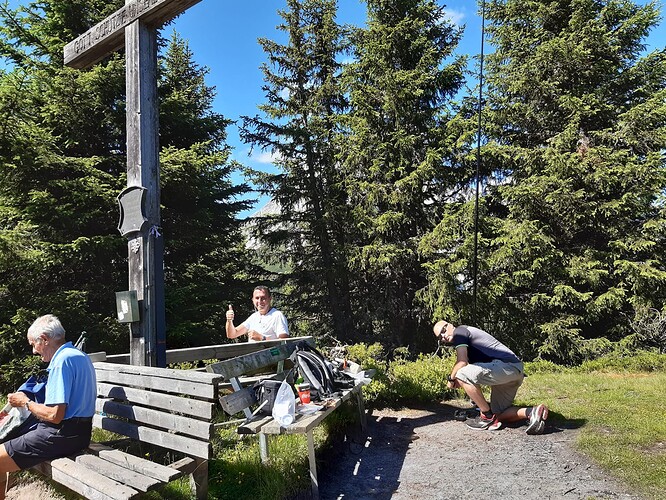 Our first summit was the reference OE/TI-505 Waldraster Jöchl a beautiful mountain of 1878 meters. that we climbed a 40 minute walk and where on the top we found a large wooden cross and three comfortable benches. At the summit we activated our three portable HF stations and started doing cw and ssb activities. After activation, we went down to the parking lot not before stopping at a splendid restaurant to have our first meal in Austria. 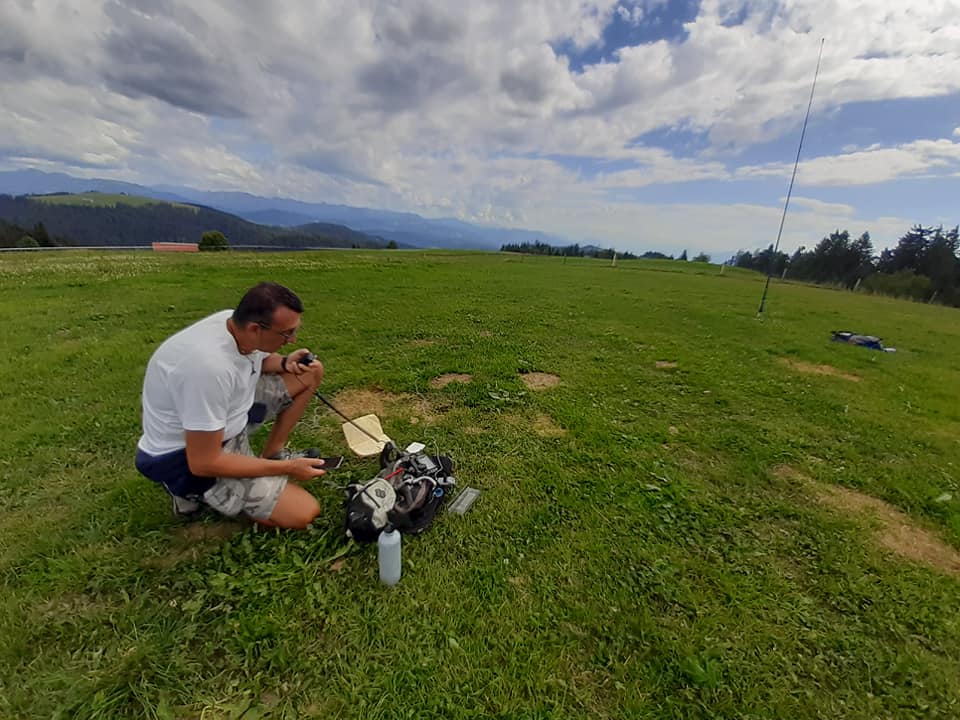 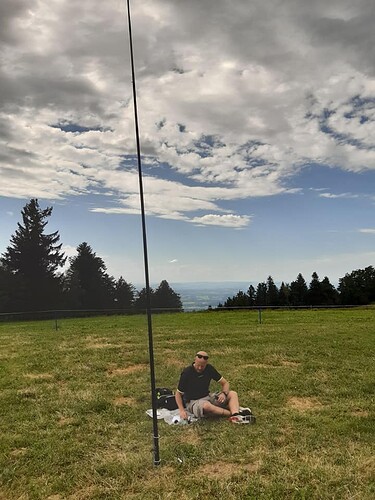 After leaving by car, our next destination was the summit OE/VB-511 Eichenberger Hochberg practically a high hill that opens towards Lake Constance. We walked for about half an hour to reach the top, a huge meadow where we placed our three stations, each with a fishing rod antenna, well spaced. At the top we met Mihai YO6SM who together with his daughter had just activated the top in HF Ssb. After a long time we took everything apart and moved to our hotel, a sort of farm which is located in Tettnang, 17 km from the fair. The next day, Friday 24th, after waking up, we headed to the Friedrichshafen fair to visit the Hamradio 2022 fair which was once again reopening to the public. The participation was good, the German organization speaks of 10 thousand radio amateurs present, we visited the two pavilions dedicated to second-hand as our main activity. At around 2:00 pm we got into the car to go for the first activation on German soil. 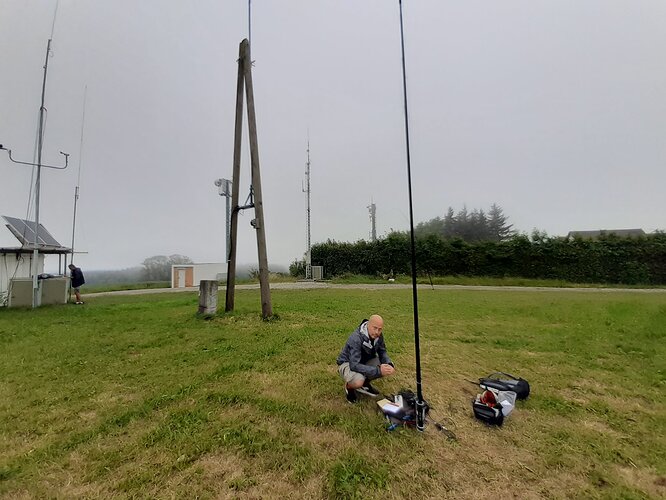 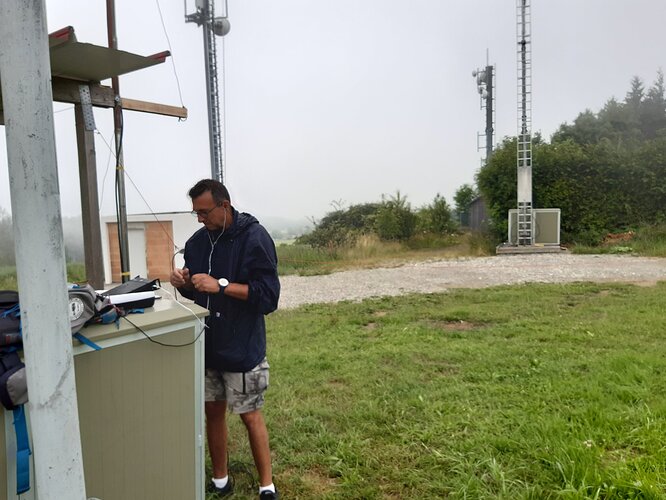 The destination was the top DM/BW-854 Höchsten, a large hill that hosts several radio / TV transmission systems and some amateur radio bridges with a beautiful view over the whole region. The day had been rainy but luckily for an hour we were able to activate the summit without problems with excellent QSOs and S2s. Once the activation was over, we went back to the fair to continue our rounds and chat with the friends we met. 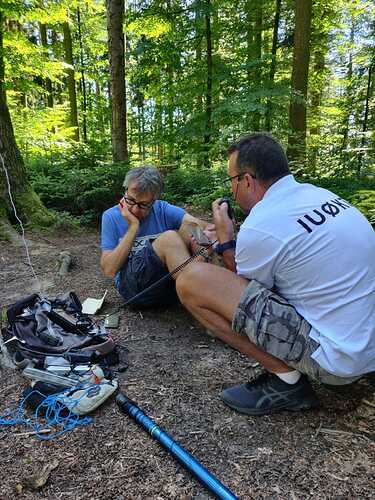 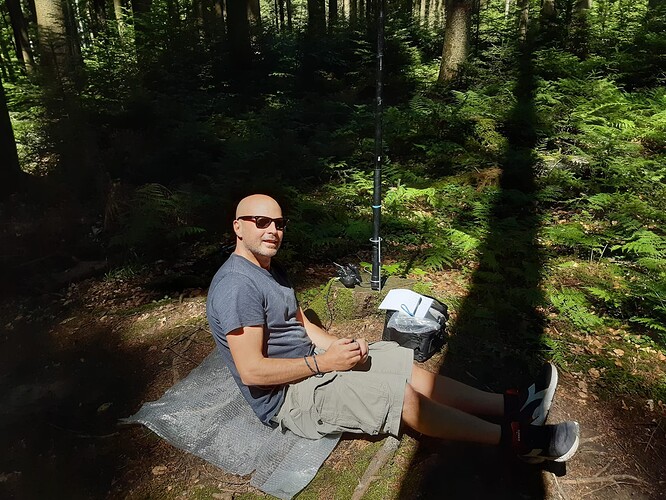 Same pattern the following day, fair in the morning and then activation of DM/BW-348 Gehrenberg, a summit located in a large forest and where we found ourselves mounting the hf antennas practically under the trees. Here we met Michael HB9EIV who also activated the top but in VHF FM mode and therefore everyone was able to continue the activation without bothering us. The propagation was not the best and the antennas under the trees did not yield much but we still managed all three to do the necessary QSOs (at least four) to correctly activate the top according to the Sota regulation. Dismantled the stations we returned to the Friedrichshafen fair for the last laps and final greetings. 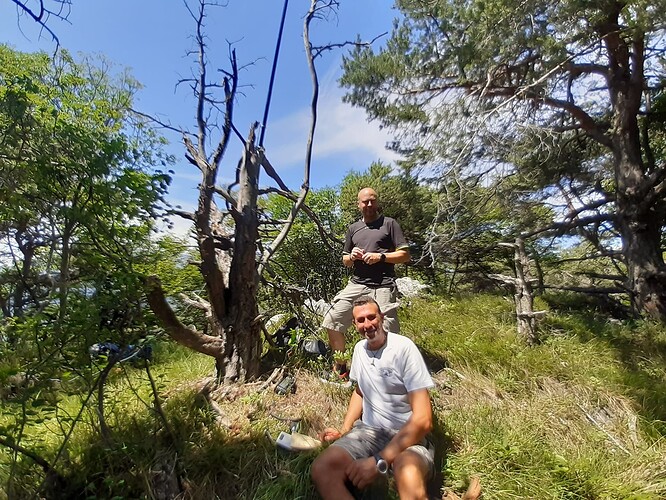 The last day, Sunday, was dedicated to the return to Rome but we wanted to add one last activation in Trentino to conclude our tour in the best possible way. The top chosen was the I/TN-198 Monte Soprasasso a low peak overlooking the city of Trento. From the parking lot, the signs gave one hour to climb to the top … but we practically started running and in half an hour we reached the summit. Here too little space to operate and many trees, in the end we mounted a single vertical antenna on a mast connected to my Elecraft Kx3 and in turn we did the QSOs in CW necessary for activation.

Despite the great heat it was a beautiful activation, perfect to end our sota tour, made the qso we dismounted the station and went down the path towards our car. The journey was long, on the whole we covered almost 2000 km between Italy, Austria and Germany but always with great fun and with the joy of being able to radio from new mountains very, very far from home. We used as rtx: Elecraft Kx1 and Kx3, Xiegu G90 all connected to vertical antennas supported by fishing rods. Now we have to rest from all these kilometers but we are ready to plan a new Sota Tour with new peaks to be activated around Europe! 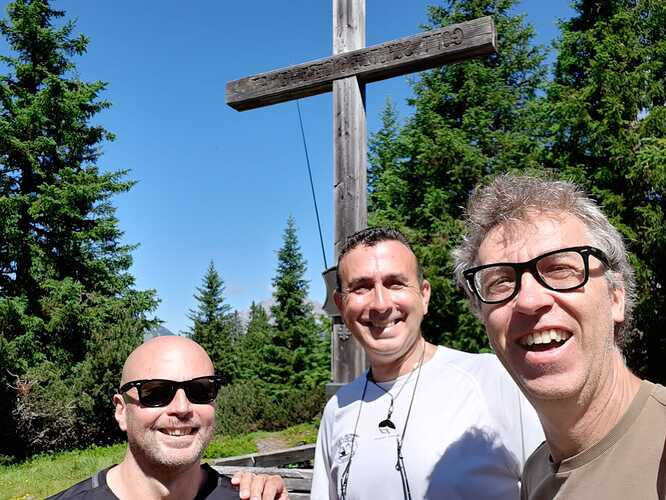