Hoho. Well the timing on this was a disaster. I was later leaving Geoff G6MZX’s QTH near Skipton. Then it took forever to get some diesel then the traffic up the A65 was monumental, then I missed the turning for Ardwall and had to turn around. So I arrived when I should have been on the summit. As I was booting up I realised I had forgotten some cables which meant the “big antennas” for 13cms and 23cms couldn’t be used. Booger!

So onwards and up. There is an easy gravel/rock path part of the way replacing some horrible boggy ground. But it doesn’t reach the summit leaving a 250m ascent over boggy and soft, steep ground. Unpleasant but it was a gorgeous day so I just ground up the hill.

Chapelcross Power Station near Annan. Built late '50s shutdown in 2003. Most of the facility buildings have gone. These four were each reactor hall. Natural Uranium fuel, graphite moderator and CO2 cooled. This was sold to the UK public as “electricty will be too cheap to meter”. Why 4 small reactors? Well it was built primarily to provide weapons grade Plutonium, the electricity was a bonus

You can run short burnups to maximise Pu239 production and you can have 3 reactors online and one being refuelled. The two central reactors also produced Tritium for the a bigger bang! 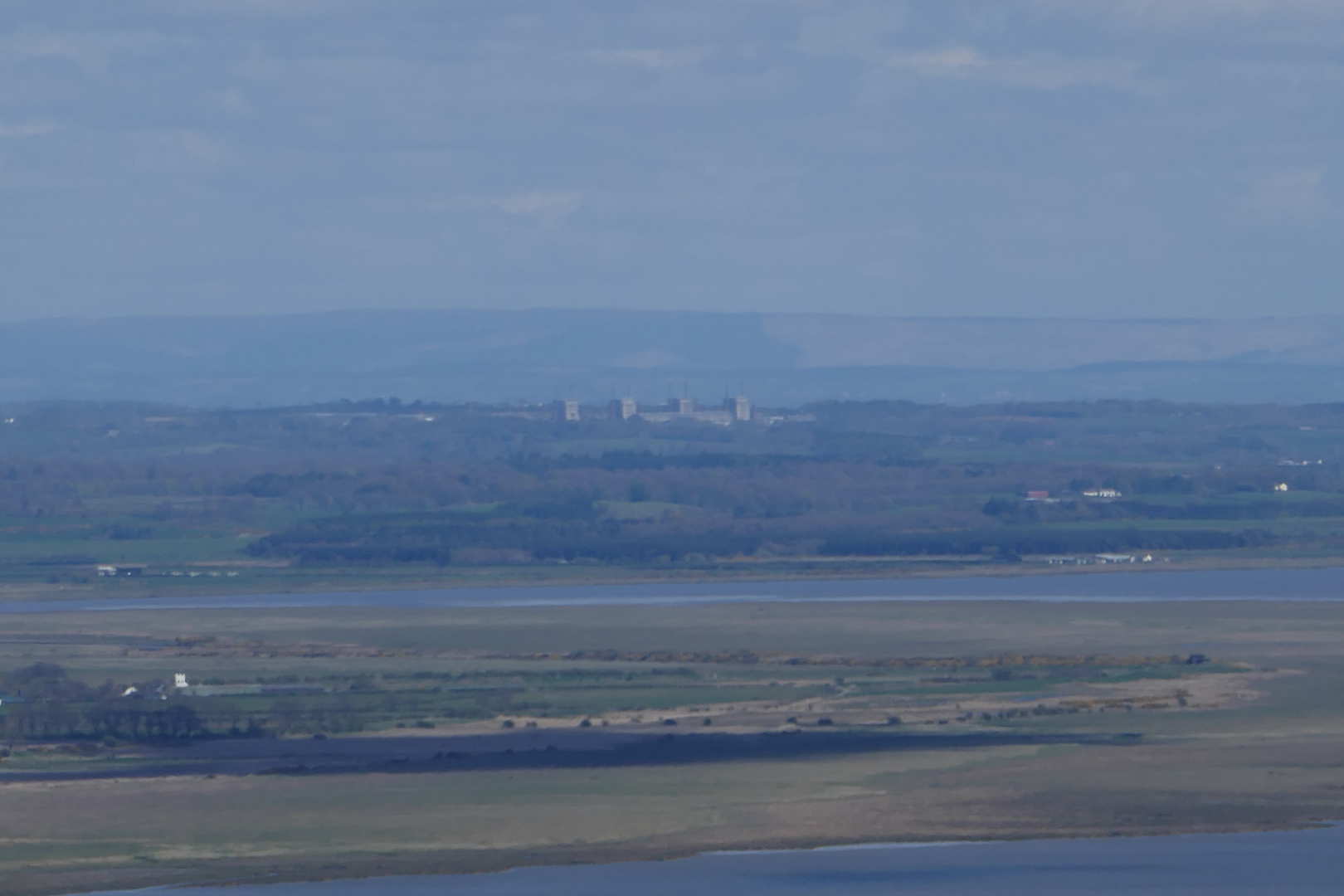 The “new” path that replaces some of the worst boggy parts. Only goes about 1/3rd of the way. It was a joy to walk on. The burn at the side was magical. So magical I didn’t take any photos of it! 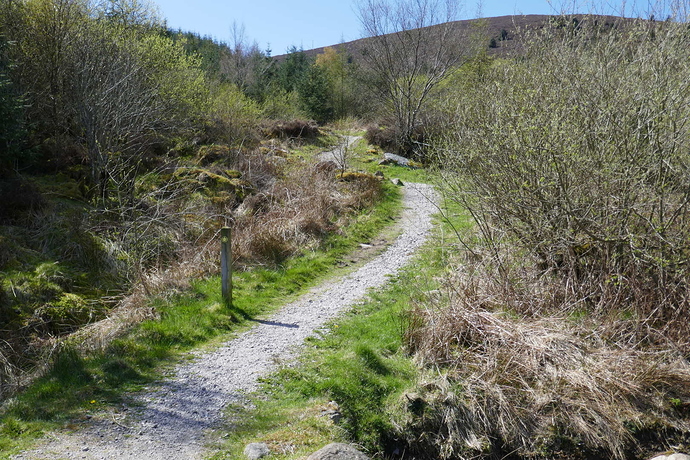 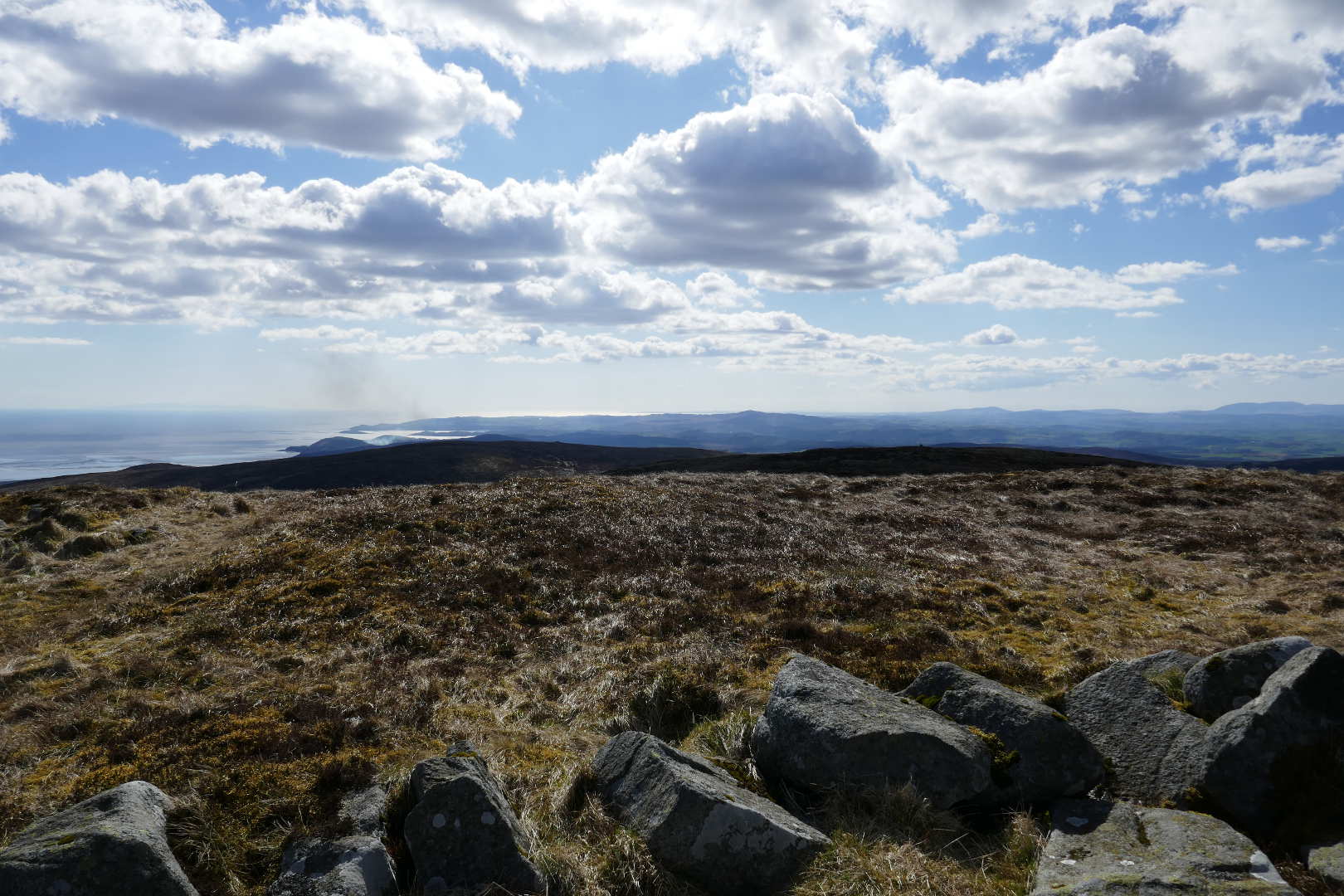 It was glorious on the summit. The WX was excellent. The same time as this sunny day, London and the SE of England was getting torrential rain and gales. Shame. 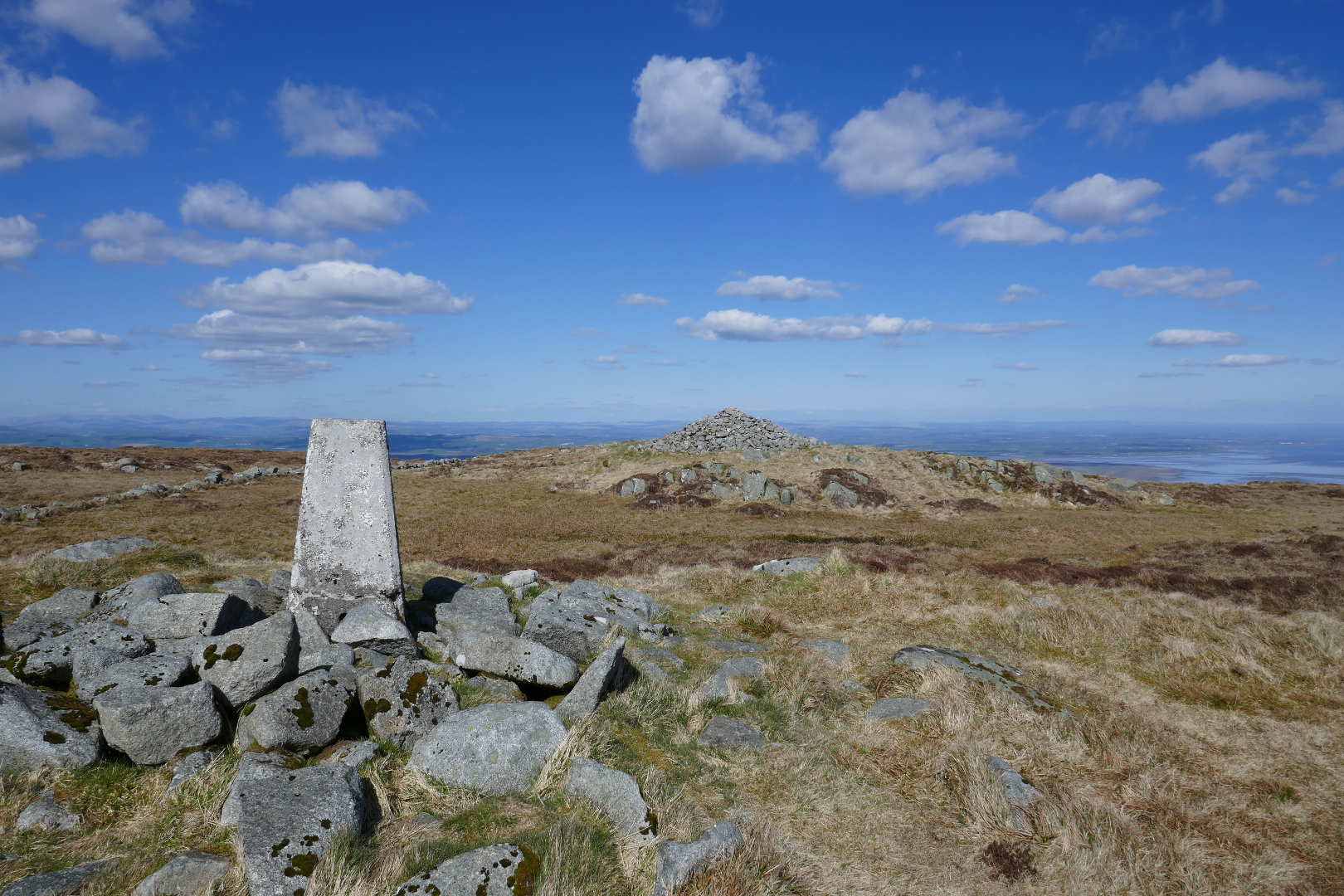 Looking South to the Lake District in England. The expanse of water is the Solway Firth. 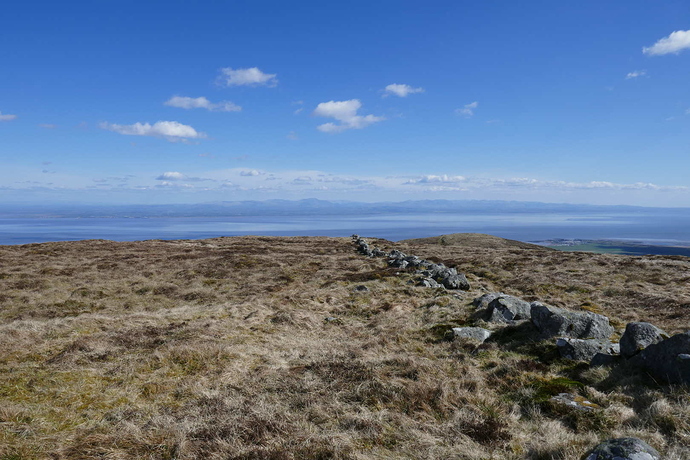 The Isle of Man, GD. Snaefell summit can be seen some 93km distant. 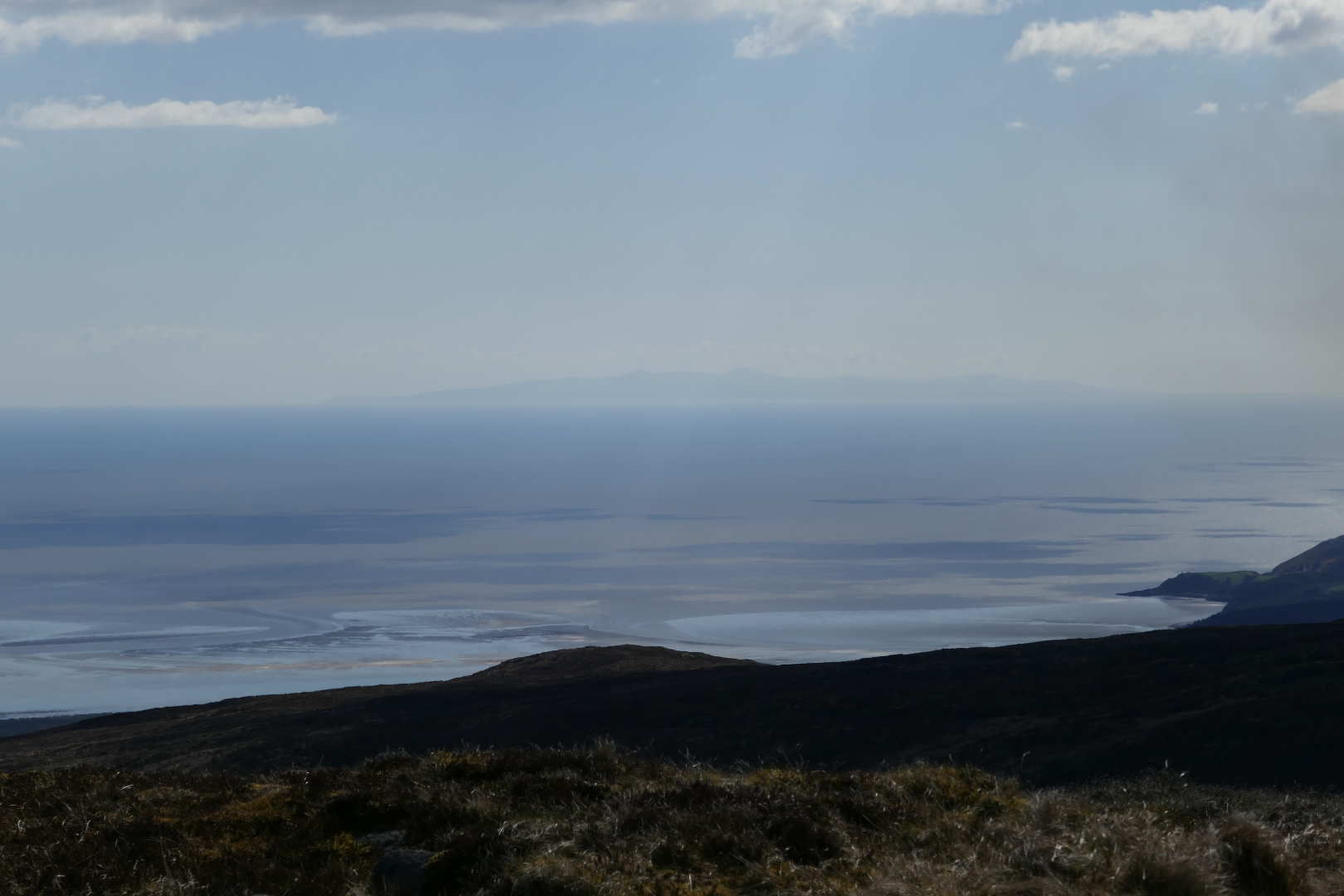 The 2m station: 300Ohm ribbon J-pole, 5m mast driven by VX-170 @5W. I bought the radio 10 years ago at the Blackpool Rally which was why I had been to England the day before. 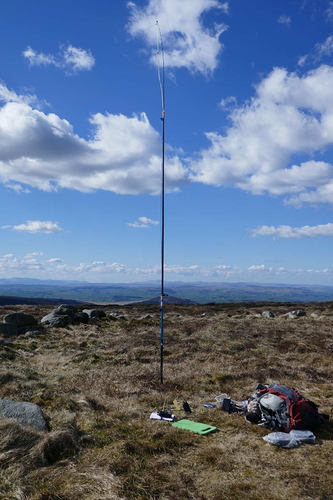 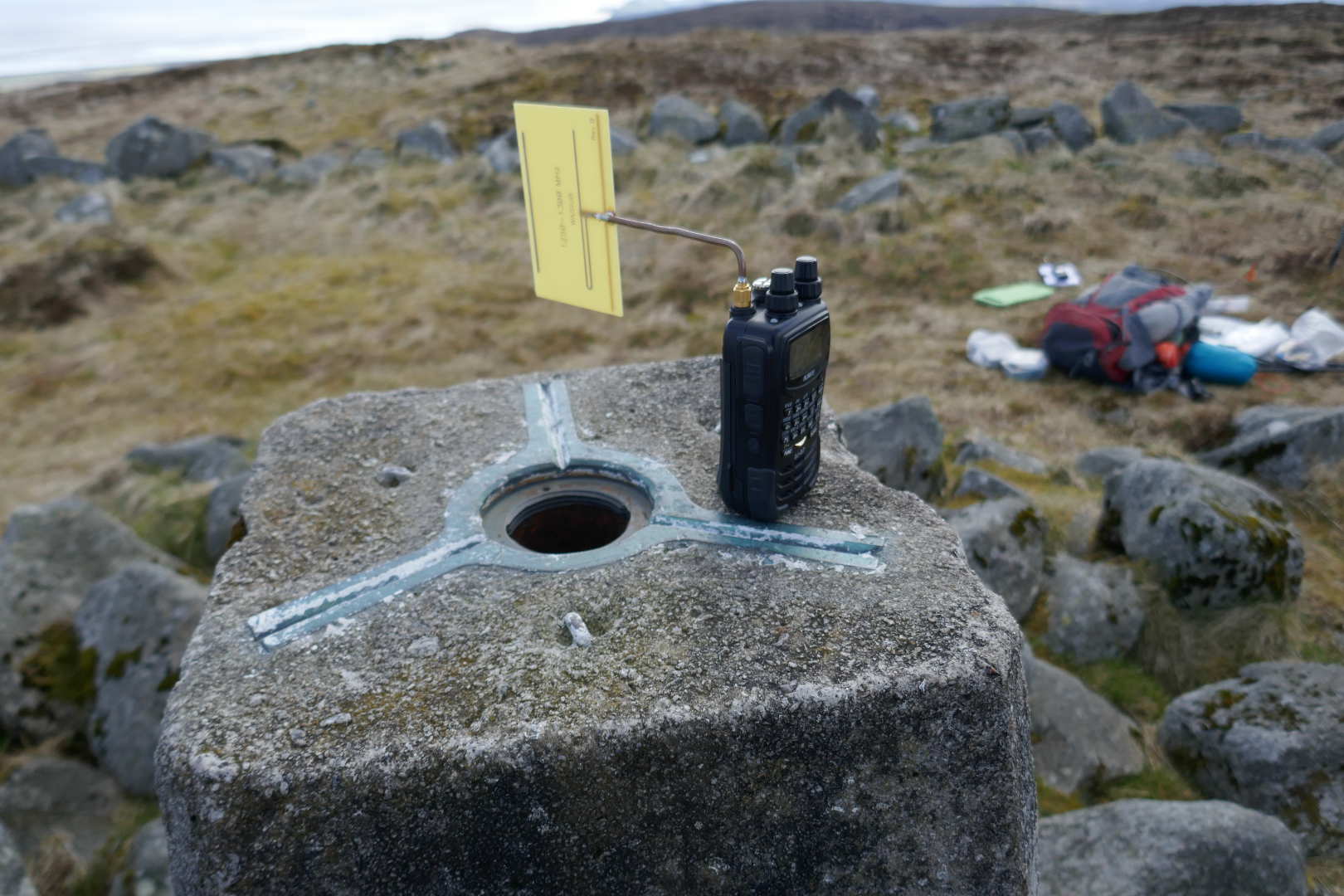 I was late so I thought I’d try just 2m FM. I had a 23cms sked with Brian G4ZRP for earlier in the day but I was so late, Brian had had to go out. 8 stations worked in 2 DXCC (G, GI) on 2m and 1 station (G4WHA/M) worked on 23cms. Not great DX but every microwave QSO is a bonus. Geof GM4WHA had taken a chance he could nip out of work to grab a QSO and I was on the air just at the right time for him. Not sure who was best pleased at the QSO.

On the way back I saw one of Scotland’s Pandas. This one was eating the Bamboo shoots that were sprouting in the scorching hot weather! 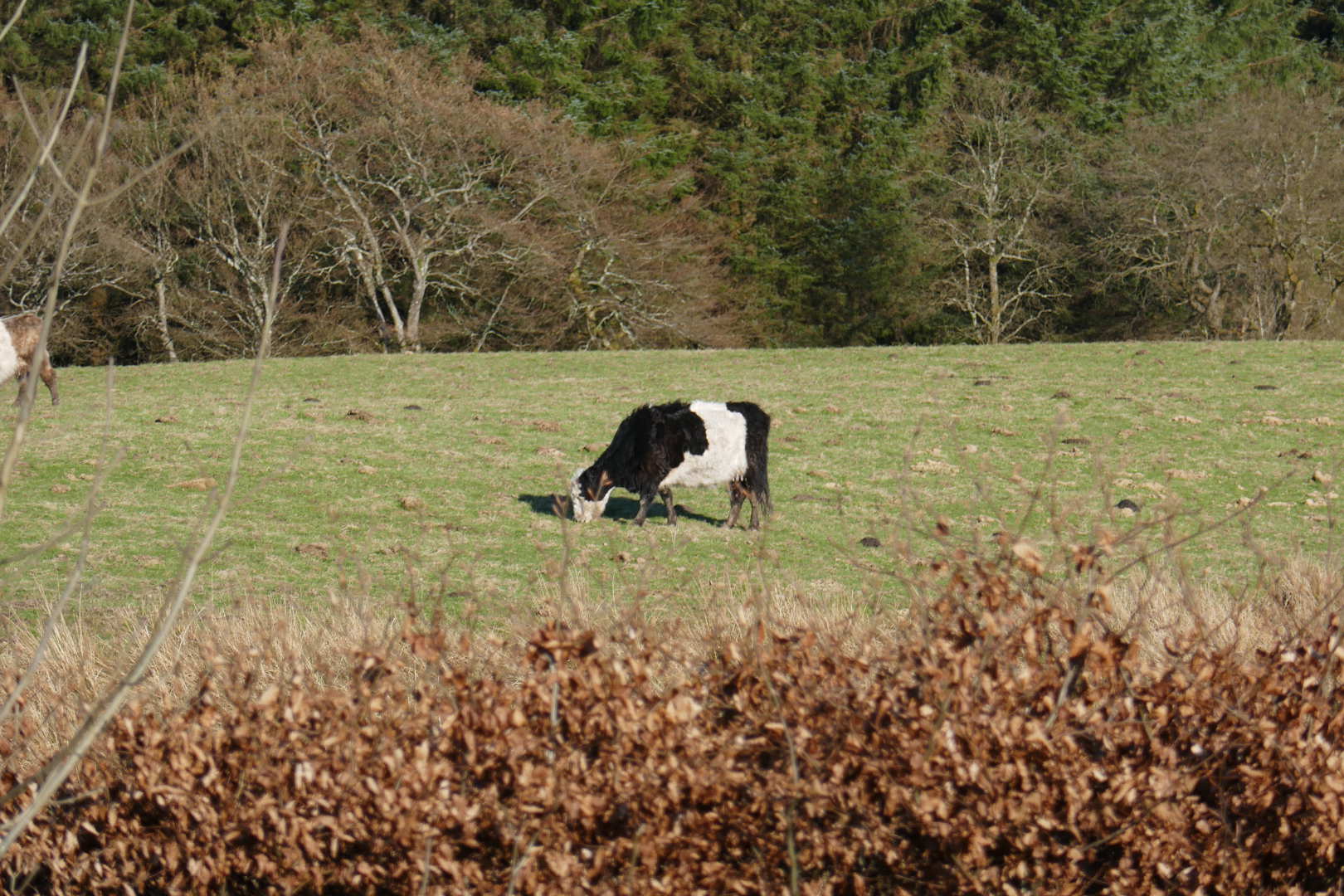 Lots of fun with simple gear. Sorry if you expected me on HF which I had alerted for… just not enough time due to my poor planning. Thanks for all the QSOs.

Sunshine and views of the Isle of Man are excellent in of themselves.

Traffic, re-fueling and missed off ramps, it’s far from a “bust”.

What an adorable little antenna. And big Panda, too.

Sorry if you expected me on HF

And here I was sat waiting and thinking it was down to conditions… With the excellent weather, I would certainly have been tempted to stay a while longer, but then that’s me. Paul often experiences my extended activations!

Well what should have taken 2h45mins to drive had already taken 4hr to get to the start. Then it took me longer than expected to drag my lardy bulk up the hill and I still had 2hrs driving from there to get home. Also it was starting to cloud up at the summit and go cold. T-shirt weather when the sun was out but Baltic when it went behind a cloud! And it was time to shoot up some drugs. It all led to leaving the summit.

It’s a steep climb, 530m in 3.5km which is 15%. My thighs are a little tight this morning, mainly after the rapid descent.

What an adorable little antenna

It’s a WA5JVB design. I picked it up at the Scottish Microwave Roundtable a few years back. It’s a significant improvement over the rubber duck for the Alinco. I have a double quad for 23cms, which is better still, but I was on Criffel and the feeder was 80miles North in the shack

Likewise for the 13cms antennas. Luckily the PCB Yagi saved the day on 23cms and I had a 4ele PCB Yagi for 13cms too.

Is it a “half folded dipole“ (to use the EI9GQ-suggested terminology) used as the radiator?

Here is a link to the data sheet:

And here is the top surface image, the reflector is on the underside of the PCB which is FR4:

I have the same PC board yagi. I wrote it up on my blog with some bigger photos.

Well, the radiator is shaped like a half folded dipole, but the feeder is connected quite differently, to the center of the reflector. It’s likely that mapping the logic of VHF yagis to their microwave counterparts requires something more than simple scaling. But that’d be subject of a different thread…