North Wales Police are reporting an incident on Yr Aran. Emergency services have been attending from Rhyd Ddu. They look pretty relaxed now and apparently the 6 crew of the military helicopter are Ok.

There was plenty of smoke visible, but that’s died down.

Yr Aran is a narrow enough ridge that setting up a big antenna can be an issue, so I imagine this must have been a set-down point of last resort. 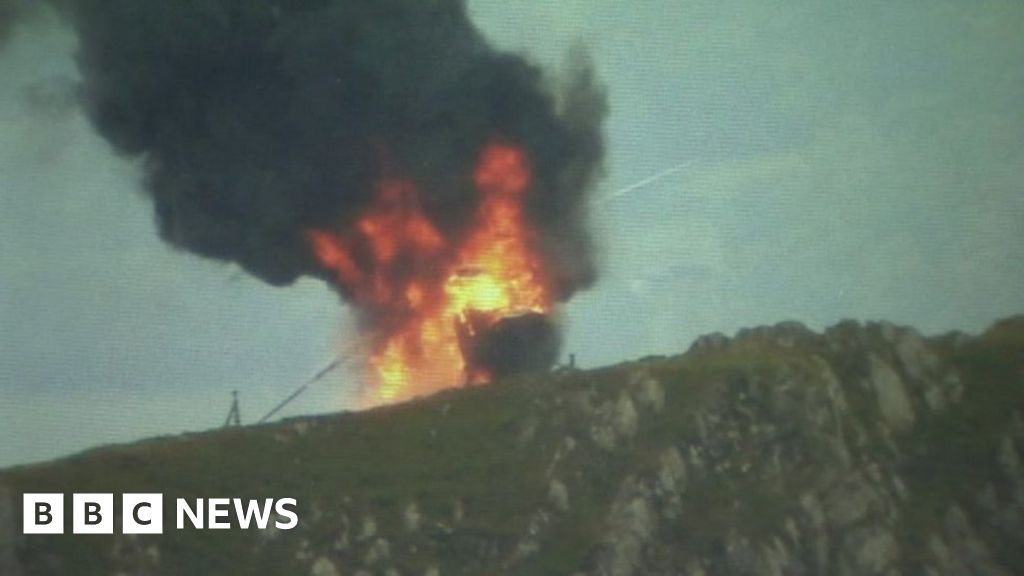 An RAF helicopter bursts into flames on a Snowdonia peak after being forced to land due to a technical issue.

Gosh, that must have been a last resort indeed, I would have suspected the col between Yr Aran and Snowdon to be easier !

Its ridiculously narrow on Yr Arran, especially to try and land one of those. Its definitely on the summit as the old fence tensions can be seen in the image.

That is a shame, the Watkin three won’t be possible until they remove it, probably stopping walkers going near the site I suspect.

Seeing the pictures from Llanberis Mountain Rescue for sure it’s going to be a while bagging up that wreckage to fly it off the summit.

Sounds like they were actually there to pick somebody up. What a place to have it conk out!

I was driving back from Carnedd Llewelyn at the same time when an aircraft flew unusually loud and low overhead making the cars ahead brake quickly. Don’t know if it was the helicopter that crashed but it was unusual. At least there was no fatalities. Haven’t done Aran, Snowdon and Lithwedd this year so hope access to Aran opens soon.

I am 99% certain this was training. The Griffons are operated by SARTU - Search and Rescue Training Unit - from RAF Valley. They are winch capable and from experience they often use Yr Aran for some reason. From public information I’ve seen (I’m not publishing private MR info) they had an RAF crew member on the ground and 4 RAF, plus a civilian in the Heli. I suspect they were doing winch training when an “uh oh, better land it now” moment arrived and the pilot stuck it down immediately.

Saw a picture of what’s left… not much!

Modern aircraft contain all sorts of nasty stuff. So best to stay away from it. Which is why Crash Guard will be up there.

The whole thing around Snowdon was even more confused because there were some “bread and butter” injured person callouts going on elsewhere on Snowdon. So other helicopter activity was involved with that. Busy busy!

Llanberis Mountain Rescue had 10 (yes 10!) callouts on Saturday and Sunday on Snowdon…

I bumped into RAF Crash Guard on Ben MacDui in May 2001. They had been stuck up there since two USAF F-15’s crashed at the end of March! Sadly that caused fatalities. They had to wait for all the snow to melt to find everything. But in the meantime they were removing tons and tons of snow contaminated by jet fuel, to protect the delicate “tundra” environment on the top of MacDui. This was helicoptered off to Braemar where it was processed. What a job!

I just spoke with RAF MRT, who are set up in the car park at Rhyd Ddu Station. They haven’t been able to do much assessment today, because of the weather (there was a helicopter sat in the field this morning but now the summits are well into cloud). The best guess regarding availability of the summit is “more than a week but less than a month”.

They do indeed have some poor souls guarding the site! 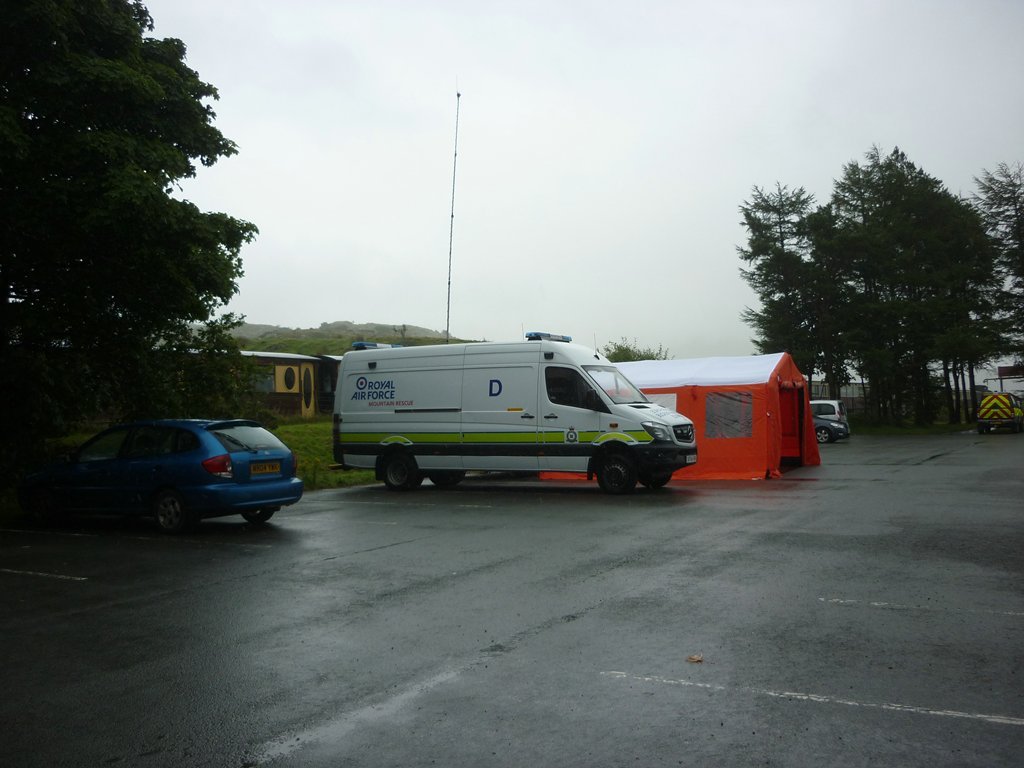