Noteworthy only because it was my first activation of 2018. Although I do this for fun, I find it strangely stressful getting out there after a few weeks of SOTA inactivity. So, I decided on a quick and simple walk up Corndon, without any overthinking.

Temperature was around -2C. The summit was wreathed in thin cloud and swept by a stiff breeze. This meant that the pole, antenna and me were coated in frosty rime by the end of the 30min activation.

I just used 145MHz FM, and spent the first few minutes struggling to hear scratchy signals. This turned out to be a problem with my Wouxun KG-UV9D, and after six contacts I swapped over to the FT817, and made three more with armchair copy. M6NSV went from unreadable to 59 plus - and thank you for the spot, Neil.
I’ve not had trouble with this radio before, so something to investigate.

Interestingly, another QSO popped up weakly under me on 145.300, and as they could not hear me, I advertised that I would QSY in case other chasers were at hand. No further calls came in, so I decided to call CQ on the calling channel. Looking for a free one first, I found there was a QSO every 25KHz from 145.300 to 145.525. It’s a long time since I have experienced that! Perhaps Santa has been busy

Here is the seat in winter, taken soon after I arrived and before I forgot… 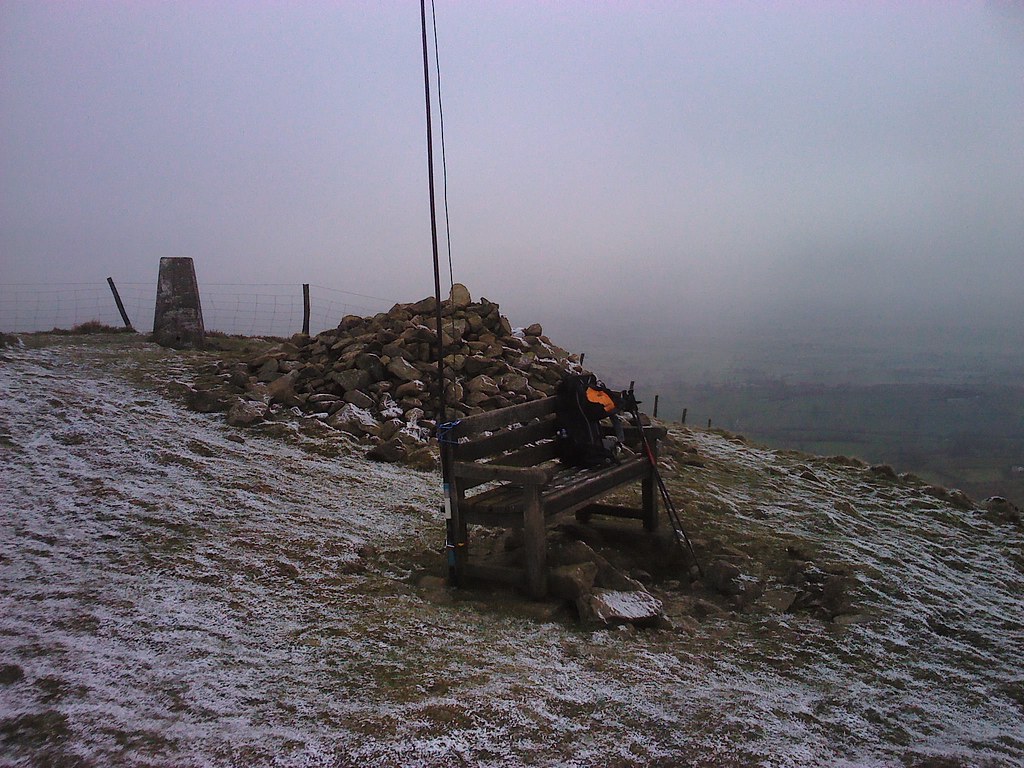 73, and thanks for the contacts, especially those who laboured through my receive problem!

I did Corndon just before Christmas. You had a better view than me. All I saw was the inside of the cloud!

I suspected you might have a problem, I worked MW0XRT on the same summit yesterday with relative ease on 25 watts. Even when I swapped from the TS-711 to the FT-857D and 50 watts, it made very little difference. MW0ISC.