Last Sunday, I activated two summits in Connemara, County Galway in what turned out to be a very enjoyable trip. I had originally planned to spend October weekends activating summits in neighbouring County Mayo, but current Covid restrictions in EI mean that we are restricted to our home counties.

Sunday’s weather looked good so I decided to attempt two summits in the Glencoaghan Horseshoe, located in the heart of the Connemara in the west of the County. Ben Gower EI/IW-019 and Ben Breen EI/IW-014 had not been activated for a number of years and having driven past them several times, in the past few years, it was time to get them in the log. My planned route was to hike from the neighbouring Owenglin valley over Benglenisky 516m and on, first to Ben Gower 664m, then to Ben Breen 691m. Return route was to descend to the Owenglin valley from the col with Ben Gower and pick my way across the bog. 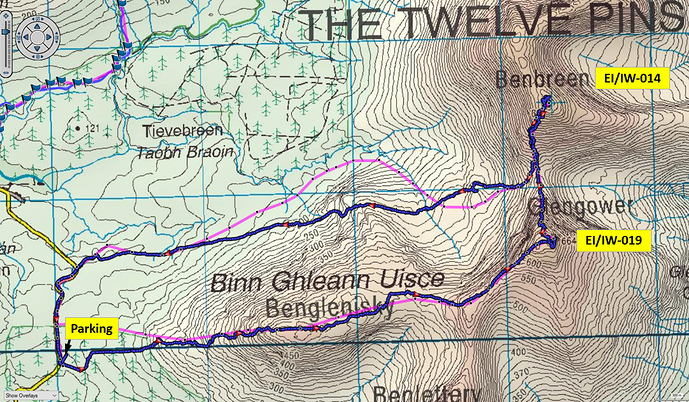 image1195×697 636 KB
There is parking for four or five cars available on the minor road to the west of the mountains, where some former forest clearfell is being restored to blanket bog. Once the clearfell was negotiated, the hike up Benglenisky was straightforward. There were some very boggy sections to be crossed before the rocky ascent to the summit Ben Gower was reached. The views from the summit were pretty special. To the south, the flat landscape is a patchwork of small lakes. I was reminded of the song, Les Lacs du Connemara by Michel Sardou. French work colleagues introduced me to this some years ago – apparently a very well-known song in France, but not known at all in Ireland! The song describes black clouds coming from the north, but on Sunday, there were just puffy white ones from the south!

image1446×680 499 KB
The summits here are shattered quartzite, so not much to get the pegs anchored to. Conditions on the bands were reasonably good. I made 26 qso’s on Ben Gower (20m and 30m cw) before it was time to move on.

Ben Breen is barely 1km summit to summit from Ben Gower so as you might expect, there is a serious slope on the descent to the col. Indeed, a bit of scrambling is needed in a couple of places. One particular gully was at about the limit I’m comfortable with, particularly with a back pack on. In hindsight, I would rather do this hike in reverse and ascend this slope.

image1449×665 421 KB
The climb up the other side to Ben Breen is marginally less steep but is a scree slope and just requires a bit of grunt. Again, the views from the summit were fantastic. Two young chaps passed as I was setting up the antenna, trying to anchor the pole in the scree. One of them sarcastically asked me if I was going paragliding… I’m afraid that I may have given him a withering look which doesn’t quite convey the right impression. Again, band conditions were okay. I made 25 qsos on 20m/30m cw.

image1249×573 312 KB
The return leg was pretty straightforward. Once, I had descended from the col to the Owenglin valley, the hike across the bog wasn’t quite as wet as I had expected. Sure, you needed your gaiters on, but I arrived back at the car with dry feet. Only about 9km round trip but a great hike - highly recommended. For once the radio was incidental. 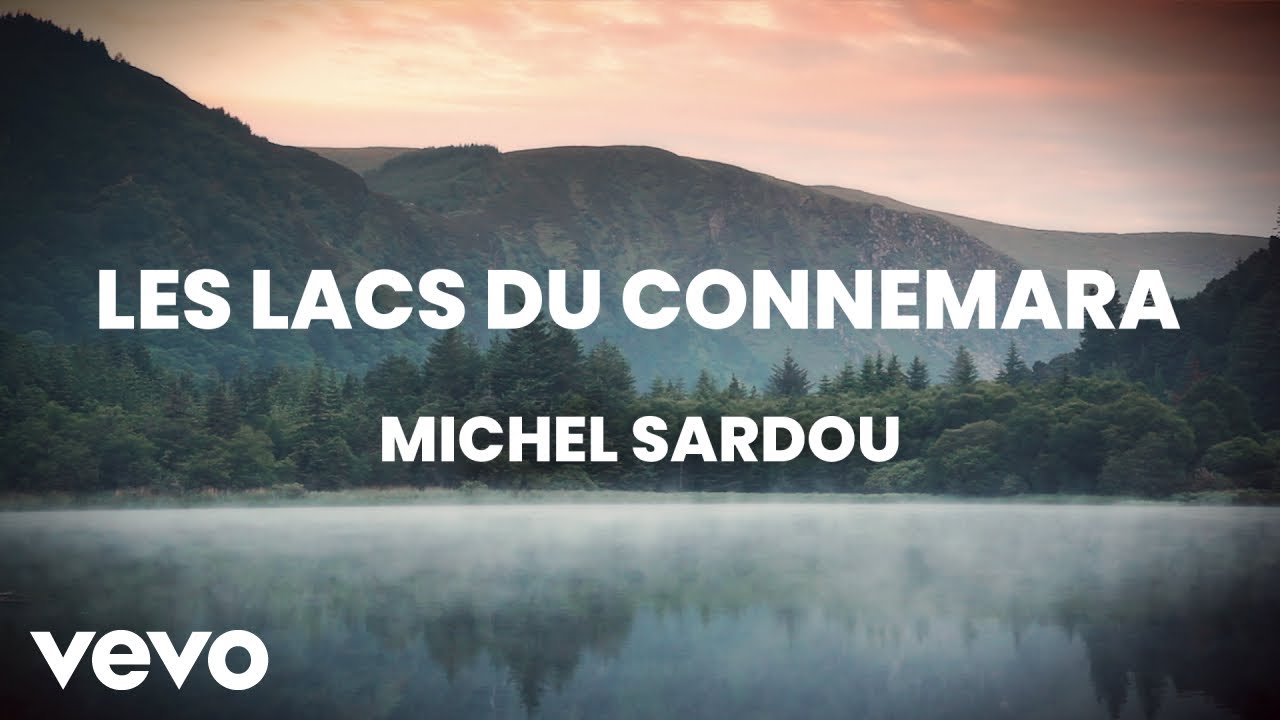