Competition was the best explanation

I activated DM/RP-150 Kinheimer Berg today, my third and final activation while in Germany. By New Mexico standards it was wet, extremely wet. 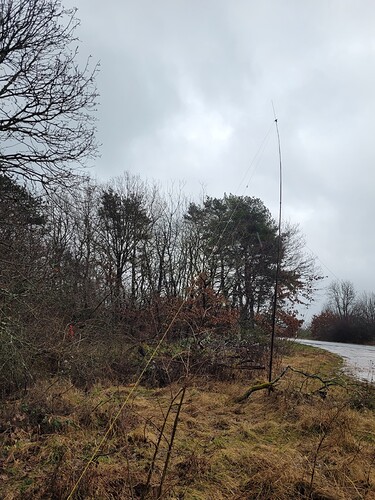 I got soaked setting up my antenna and remained wet the next 3 hours. Fortunately it is a drive-up activation zone. Still the wind, rain and near freezing temperatures made it a unique challenge. The luxury was sitting in my car while activating even though my feet were soaked. 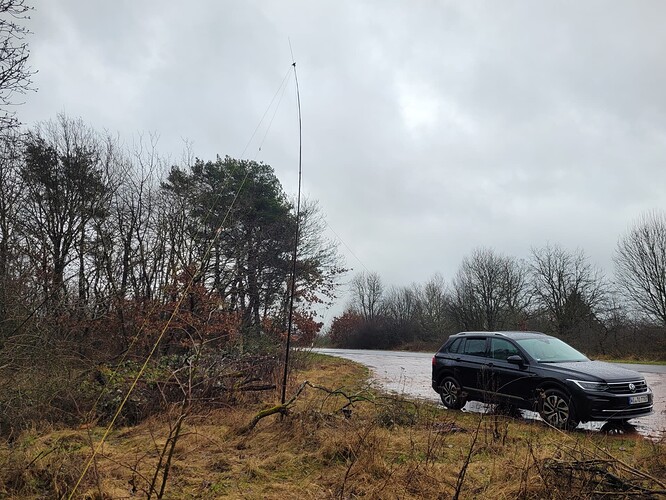 Toward the end of my contacts I looked up to see a Polizei car rolling toward me and both officers got out to approach my car. I was activating from the passenger seat and didn’t have the ability to roll down the window so I reached across and opened the driver side door. I called out, “Amateurfunk” followed by, “Ich bin aus Amerika und mein Deutsch ist nicht sehr gut. Sprechen Sie veleicht Englisch?” The answer was no, and I could tell they were still puzzled about the legality of my activity. I said “Morse Code” followed by several dits and dahs which caused more concern that it solved. Then I said ‘Radio Competition”, and their heads nodded and all was well. I can’t tell that Competition actually translates to anything in German, but that did the trick.

Sorry to hear your wx missery… but

The luxury was sitting in my car while activating

is unfortunatly against the general SOTA rules.

3.7.1
3. Operations must not be in, or in the close vicinity of, a motor vehicle. No part of the
station may be connected in any way with the motor vehicle.

So only QSO made from outside the vehicle would count.

Sorry I missed that detail. That puts a damper on it so to speak. Activation Log deleted to make it right.

Hi Brian,
Sorry to read of your cold wet activation that kinda failed for SOTA. But if you were in a WWFF or POTA park I believe activating from your car would be ok, and you can submit your log into those programs.
Cold would not be a problem for a NM resident, I was in ABQ around the end of December about 17 years ago and there was plenty of cold to go around… But wet would have been uncomfortable.

it was wet, extremely wet

All the same, a useful reminder to all new and prospective SOTA activators to read the rules.

Even if not reaching the minimum QSO number for WWFF (I think it is 44) please upload the QSOs to DLFF.
Double activations (SOTA and WWF or COTA) can increase the number of chasers!
You can send in your log to logs@wff-dl.de (Manfred, DF6EX, or. Ric, DL2VFR)

Enjoy your stay in DL!

I believe you can get the 44 for WWFF over multiple activations so you can upload any number.

Perhaps you can consider to log your file in the Database as a chaser log for all the S2S you worked yesterday. This way you can still get the chaser points for these summits you chased.
No trouble to use a car when you chase, hi…

Hi Brian,
I have also deleted from the SOTAdatabase my 2 QSOs (40 and 30m) with you during that invalid activation. However, I’ll keep those 2 QSOs in my main log but as regular QSOs, not SOTA QSOs.
I hope we will have some future chances to QSO during your stay in DL and also once you’ve got back to the U.S.
Remember, the vehicle is something you can’t use in anyway during the course of your activation.