I had originally planned to activate Mona Gowan, GM/ES-034, but changed plans due to high winds. Coiliochbhar has the advantage of being lower and also has some trees to provide shelter. With an SFI of 170 I was hoping for some decent propagation and a few DX contacts. They didn’t materialise though.

Route up1430×602 286 KB
I activated this for the first time in 2020 and took the same route. There is easy parking in a small layby just past the farm of Newton and the track up starts a short distance from there. This goes up past a fir plantation, the end of which is marked by a ruined barn/cottage: 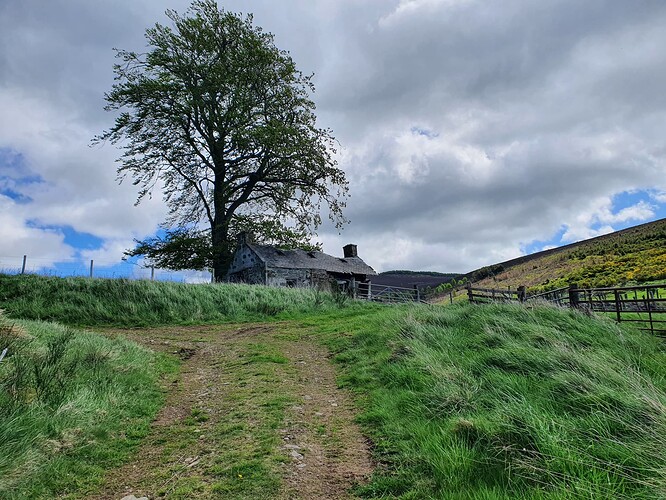 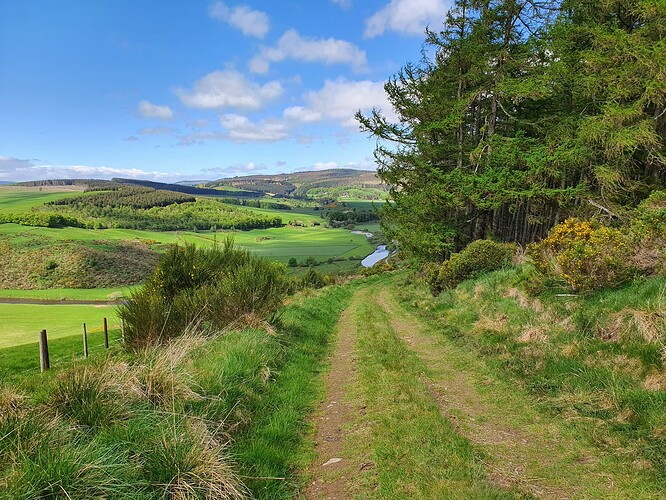 20220518_1042581920×1440 624 KB
Continuing along the track past the ruin you come to a junction and take the left path, which eventually starts to head up steeply. The route is then blocked by a locked gate which has a diversion signed: 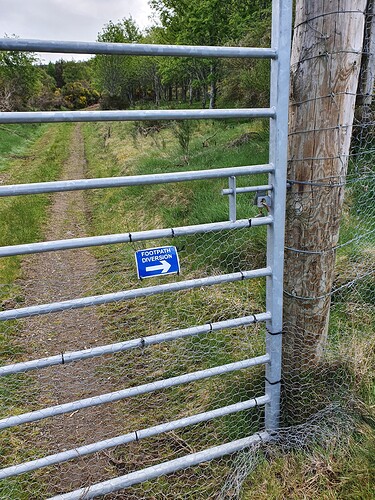 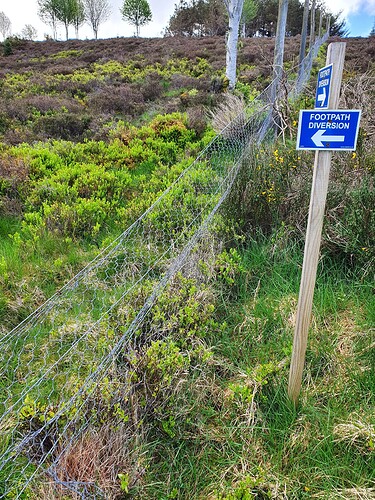 20220518_1053291920×2560 1.37 MB
After crossing the low wire fence, you just head back down along the deer fence until you reach the other side of the locked gate. Annoying.
The path then continues uphill until another junction point, where the path up to Coiliochbhar is obvious.
Looking towards Coiliochbhar - path up is the one to the left. 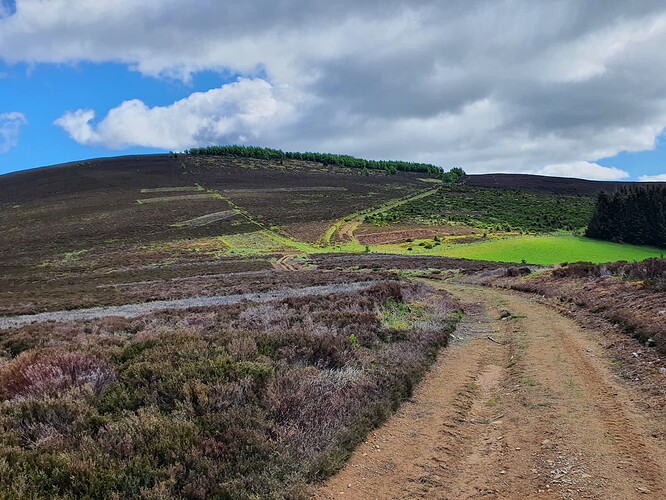 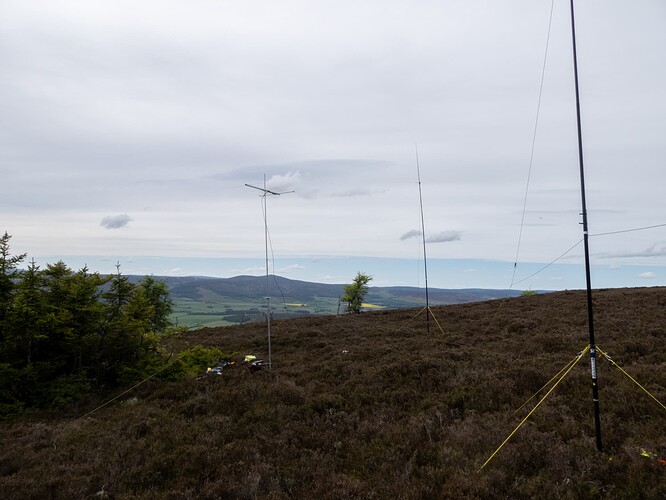 I started on 40m a little later than advertised, with Don G0RQL first in the log. The band was in better shape than on my last hill (Ben Gulabin with MM0EFI) but still not that good. 15 in the log including 3 S2S and a few EU.
17m produced a short run of 6, all EU with good strong signals. No DX heard.
15m was open (JA heard) and Mike MM7MWL was first in the log. The husband and wife team of HB9EBF and HB3XXX gave me another S2S, with 7 EU contacts logged but no DX.
I couldn’t hear anything on 12 or 10m.
I briefly went back to 40m for a S2S with GW0PZO/P and then tried 2m SSB. After a long series of CQs, I finally managed a QSO with Steve MM0XPZ in Glasgow, but it was a struggle.
20m produced a run of 16, all EU and 1 S2S with S57MS/P.
After chasing another 4 S2S on 20 and 40m, I had a text from Fraser MM0EFI who was up on Ben Newe - a quick 40m 59+ both ways of course.
After 3 more S2S on 20m I tried 17m again and nearly had a QSO with ZA/IK8LOV who came back to my call but then didn’t follow through with a QSO

A spot brought another run of 13 EU including 3 S2S with stations I had worked on 20m.
The final run of the day was on 40m where I picked up another S2S, this with M1EYP/P on Shining Tor.
A final check on 2m SSB - GB3NGI beacon was quite loud but 10 minutes of CQ brought no response. 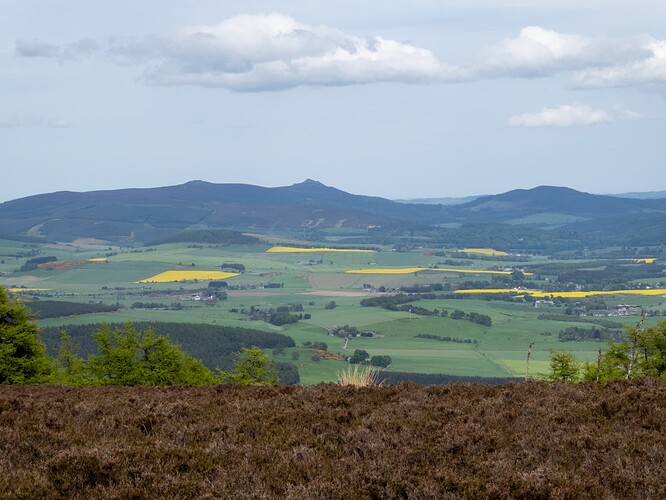 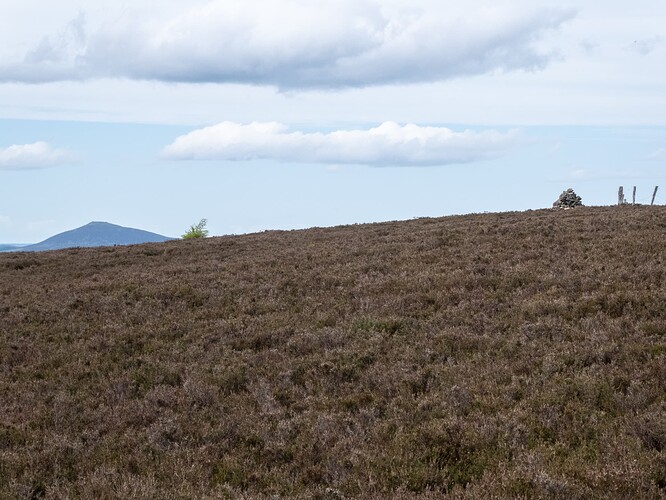 A great report and a successful day.

40m didn’t work for me today in France.

I activated this for the first time in 2020 and took the same route.

Great report Simon. A different route up the hill from the one I usually take so interesting to see it. Good to catch you on 15m. 73.

That looks an interesting ascent route Simon. I usually climb from the south, so I will try that next time for a bit of variety.

Thanks for the S2S.

Hello Simon, thanks for a great report and photos. A successful day for you.