Looks like there could be quite a few by the time the day is out and all 48 hours of Christmas Day have passed.

I got up at 5am, had a coffee and a bowl of cereal, and drove down to The Cloud G/SP-015. Of course, I was expecting darkness for the first couple of hours and had my headtorch, but the fog was extremely thick, and at one point I had no idea where I was in relation to the summit! That’s quite something on a hill as familiar as this! Of course, it is a very short ascent anyway, so I just followed the path until the trig point appeared. The ground immediately beneath my feet was about all I could see anyway!

I took up my 30m dipole, though had in the back of my mind the thought it might not be working. Alas, it wasn’t, and I had to take it down and replace with the 20m dipole. I’ve got an idea for a different design for my 30m portable aerial anyway, so I’ll not bother trying to find the fault on this one and crack on with building a new one. 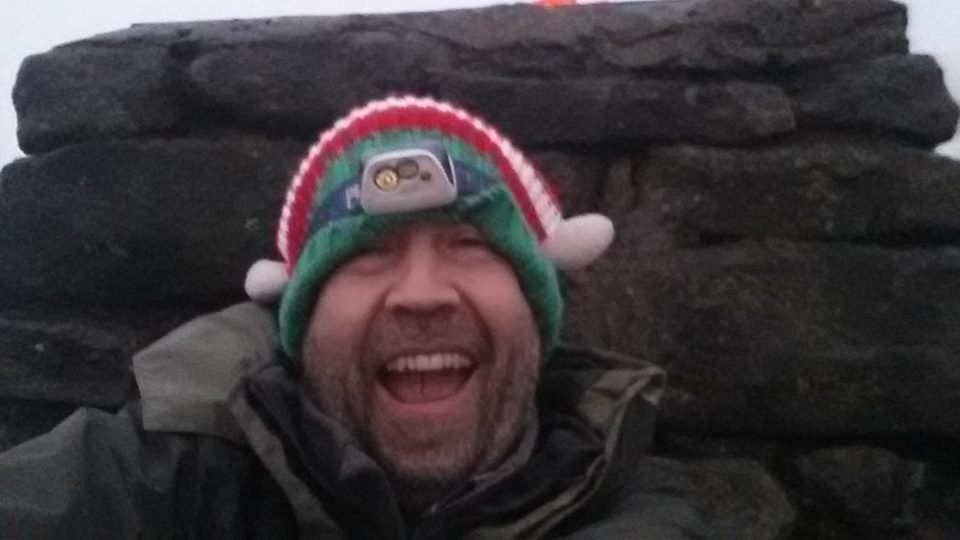 The next thing to fail was the OTG adaptor cable, which started to come apart below the moulded connector, making it badly intermittent. So that was FT8 out of the window, frustrating, because BX2AFU was QRV on 20m FT8 from BV/TP-003 at the time.

On 20m CW, I made 5 contacts, with another couple on 20m SSB. Before descending, I called on 2m FM and worked three more stations, making it 10 for the Christmas Day activation. Simon GW7WKX/P was strong from GW/NW-001, but I couldn’t attract his attention for the S2S.

Compliments of the season.