Carry a few rocks to the summit?

Would that solve the problem? 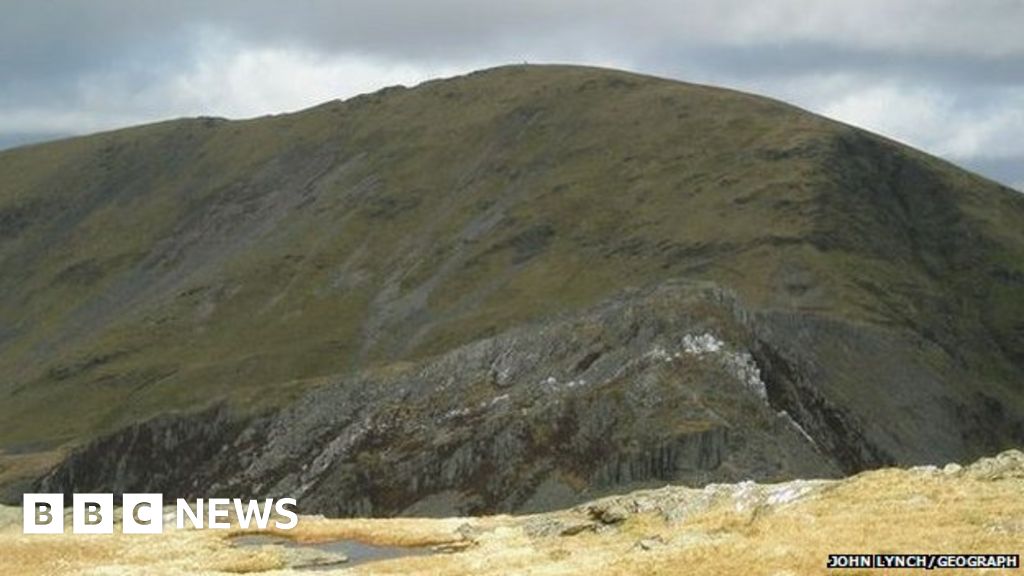 Ridge changed from mountain to hill

A peak in Snowdonia is downgraded from a mountain to a hill after surveyors measure it.

Its a pretty prominent “hill” You can see stick well above the clouds from the other mountains. Its a long walk, but interesting walk through an abandoned* slate mine.

interesting walk through a abounded slate mine.

There is always a smart comment from someone, well there is “lots” of it

It is less bounded than most mines, as there is an underground link from the Rhosydd to the Croesor mine. I’ve heard it said that sometimes Croesor tramway wagons were found on the Festiniog,Railway having passed through the mountain.

Anyway, you can all relax. The idiot reporter for the Daily Mail has the wrong mountain. At least the BBC article states correctly that the subsidiary summit with insufficient prominence for classification as a Nuttall is Moelwyn Mawr North Ridge Top. This is not Moelwyn Mawr proper, G/NW-016, which as a Marilyn has plenty of P. The BBC picture is of the main summit - I tink from Moelwyn Bach. North Ridge Top might be the little rise down to left. I’m not sure. It’s of very little significance and only a devout Nuttall-hunter would have gone out of his way for it.

Its a pretty prominent “hill” You can see stick well above the clouds from the other mountains. Its a long walk, but interesting walk through an abandoned* slate mine.

It is easier from the west side, you can get quite high on a minor road!

The idiot reporter for the Daily Mail has the wrong mountain

Oh there is a surprise

It is easier from the west side, you can get quite high on a minor road!

That is how I did it, which was once (I believe) the way into Croesor quarry\mine many years ago. Its a strange place with the mine entrance still open, interesting to explore. If only I had a torch with me at the time. Its still over 4K though.

Idiot reporter on the DM –
Is there any other sort??
Les

There was a a film once.

Thinks its call up a hill down a mountain, hang on

There you go found it

Stephen Endelman The Englishman who Went up a Hill but Came down a Mountain is a 1995 British film with a story by Ifor David Monger and Ivor Monger, written and directed by Christopher Monger. It was entered into the 19th Moscow International Film Festival and was screened in the Un Certain Regard section at the 1995 Cannes Film Festival. The film is based on a story heard by Christopher Monger from his grandfather about the real village of Taff's Well, in the old county of Glamorgan, and its ne...

They actually did not film the building of the mound on the summit but on a lower plateau below. Its a huge steep bump, excellent for MTB’ing. Many happy memories getting down there in less then 2 minutes 40 from the very top to the bottom field. The mound still exists from the film, most of the village shots where from Llansilin down the road from the hill, ofcourse they all had South Wales accents in the film which is totally incorrect for that area

Similar story Karl, but I can not see the people of Blaenau getting too upset. They will probably just make fun of the English journalists