I’d not done a campover activation for a while, so I took an opportunity to do so last night. Having already done a couple of activations during the day, and then added a long circular route with Marianne, Jimmy M0HGY and Liam, the good thing was that I wouldn’t have difficulty sleeping!

By the time I’d ascended Shining Tor G/SP-004 and pitched my backpacking tent, it was already gone midnight BST. I called on 2m FM on the handheld and worked Jimmy M0HGY and Dave 2E0IXM.

I returned to the tent, set out my roll mat and sleeping bag, then assembled the main station and commenced the new UTC day activation at 0005z.

In the following hour I made QSOs on 20m CW and SSB, ncluding 7 into North America. I then made use of the auto-sequencing mode on WSJT-Z and set the station off working on 20m FT4 and allowed myself to relax a little more.

After a little sleep, I got going on SSB again, working 30 more stations. Switching to CW, 42 QSOs were logged.

I attempted to run on a clear-ish frequency, but just one QSO resulted. I managed a S2S with OK/SP9AMH/P on OK/MO-057, but then took down the HF station. 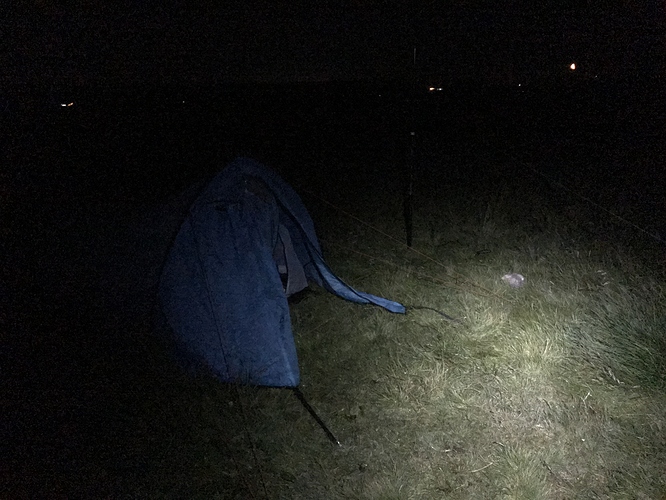 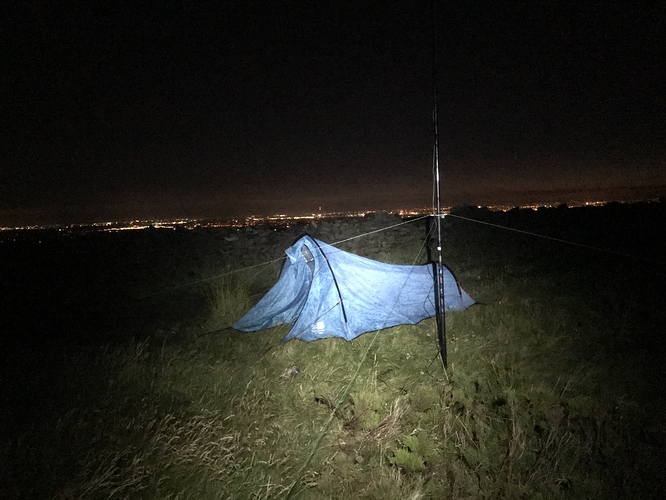 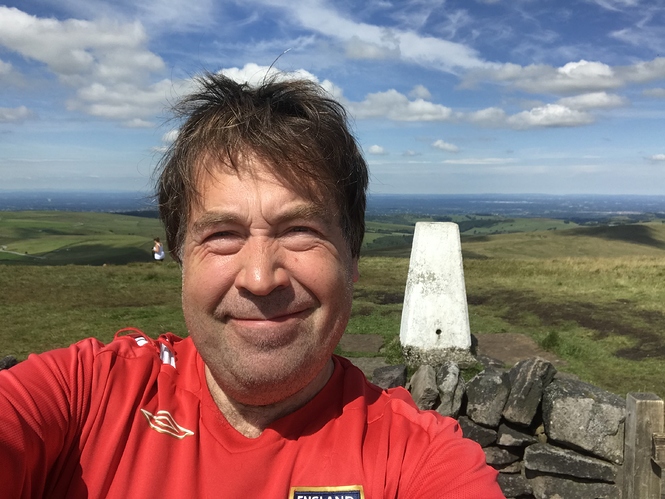 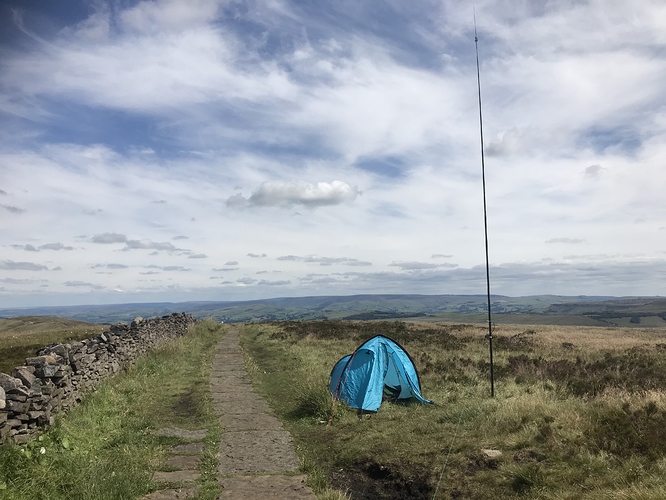