Already the eight SOTA activation for me.

Wait! What happened to number 7?

That was done on Saturday night. BX2AI was going to activate BV/TA-013 Da Dong mountain for the Trans-Atlantic S2S party and I decided to join him, just for fun. I had already activated this one (it was my first ever activation), so no points for me, but I promised a local ham that I would do a VHF activation so he could score his first SOTA chaser point. We drove up and enjoyed a view of Taipei at night, then I called CQ on 2 meters and had some fun QSOs.

On Sunday (April 24) I had already planned to activate BV/TA-010 a.k.a. Pillow Mountain, named because of its steep sides and shape that looks like a pillow. This mountain has quite some history to it, because it was the site of fierce battles between the Japanese occupational army and Taiwanese aboriginals some 113 years ago. Hence, the sign says “Ancient Battery Trail.” 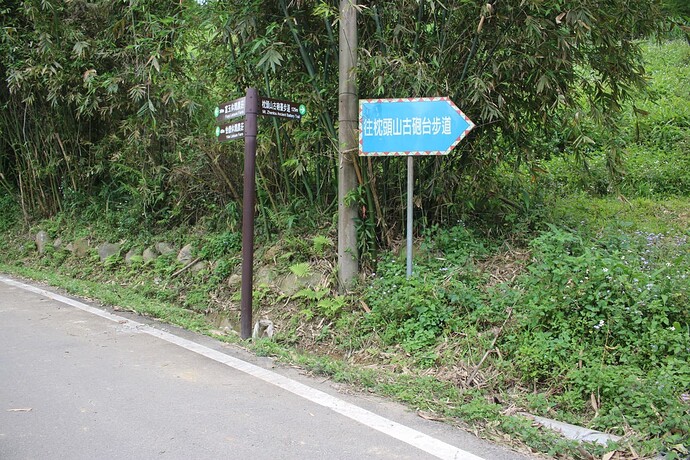 A half hour trip by motor took me to the entrance and it became clear very soon that this summit wasn’t a popular one and it wasn’t a going to be an easy hike, either. There wasn’t anything at the entrance, apart from a lonely house, no signs along the track, only some newly built but already overgrown stairs. 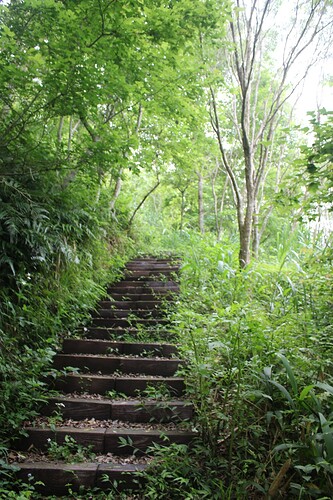 These were the nicest views I got. The second photo is the summit I needed to go to. 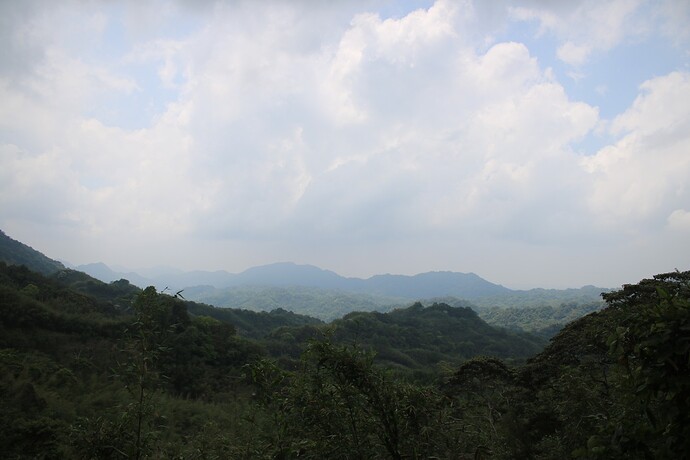 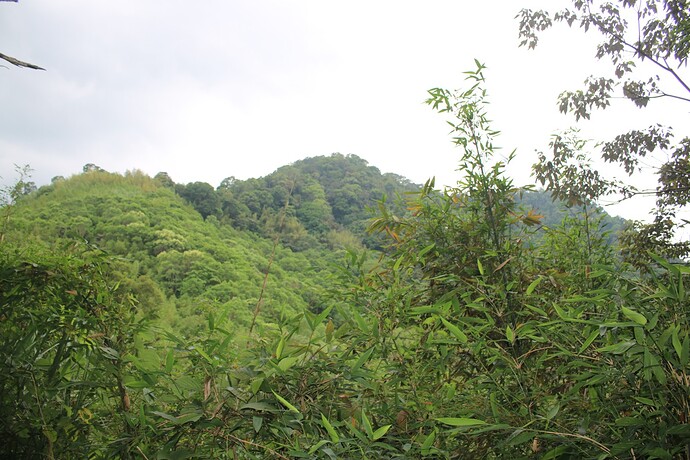 Then I saw the first rope, which usually means a treacherous section or a very steep one. It was the latter and there were many ropes to follow the initial one, because you needed them badly: inclines were steep, the ground was dirt with small rocks, with very few dents to put your feet in, so slippery. It took me over half an hour of pulling and struggling, and by then I wasn’t even half way through. The second half was a little easier and 20 minutes later I was there, at the top. 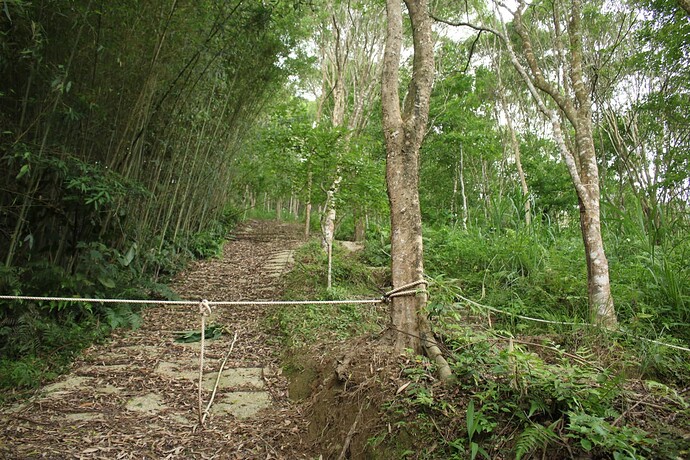 I was greeted by a observation platform without any view, some solar panels and a buzzing cabinet attached to one with a mast and antenna sticking into the sky. That installation was for a satellite positioning system and there was a sign nearby explaining it. 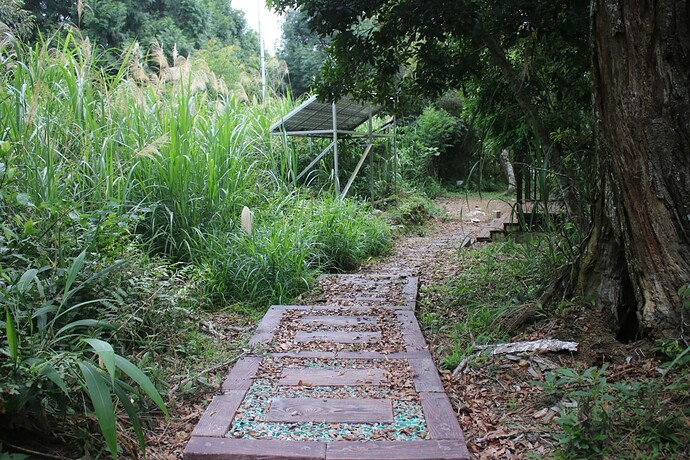 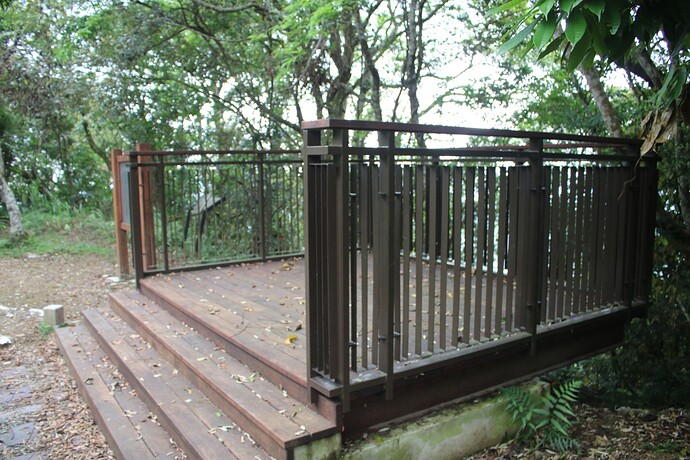 This was the view from the observation platform… 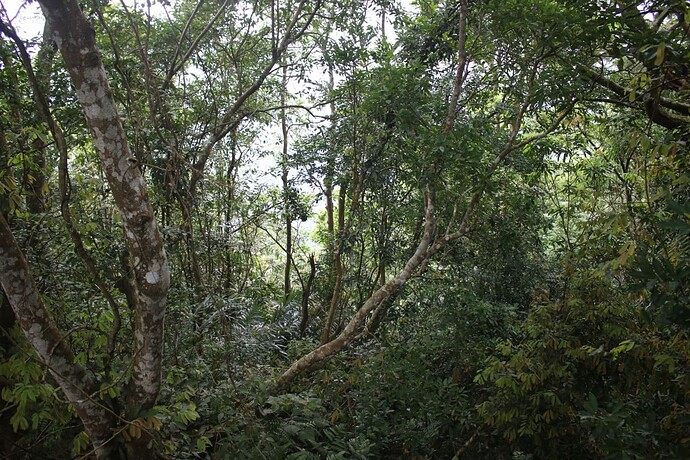 But all-in-all a rather dreary looking summit and I decided to make it a quick activation. My mood was not improving when I noticed that the weather was turning for the worse and half an hour later I already heard the first thunder in the distance and soon after saw the first raindrops on my KX3. 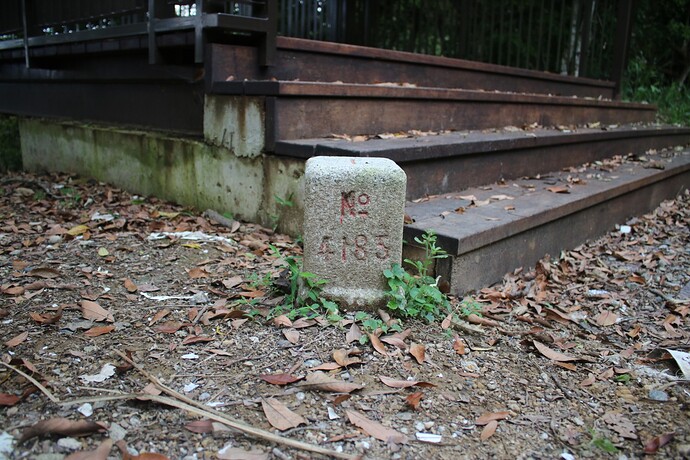 I called CQ, put a spot on SOTAwatch and worked mostly Japanese stations (Thank you, chasers!), all on 17 meters. I also tried 20 meters, but some noise was found there and all the VK and ZL stations that were active on the SSB portions were not heard. There was also a JA contest going on, so not much chance to get through anyway. I tried 12 meters, but only found one station there (VK9NT) and worked him in a lull.

Then I looked up from the rig and my eyes were drawn to the left of me. There, at a distance of about 3 meters, was a huge snake lying on the stairs, curled up without a care in the world, looking at me with its mouth wide open. Apparently a SOTA snake, interested in joining my activation! It didn’t hiss, but nevertheless I was scared as hell, not being used to snakes. I quickly got up, hid behind the fence of the observation platform and grabbed my glasses and camera. With me gone the snake decided to leave as well and for me it was luckily in the opposite direction. This was the only photo I could snap of it. 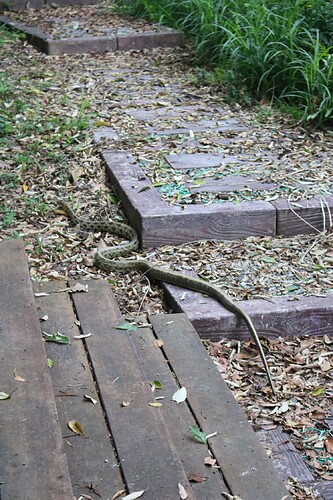 With the help of BV3US it was identified as a Taiwan Beauty Snake (黑眉錦蛇), a Taiwanese native snake with the Latin name Elaphe taeniurus friesei, the largest snake that can be found in Taiwan. It can become 280 cm long, but the one I saw was more like 150 cm or so. It’s non-venomous and its tail looks like a train track and that is what sets it aside from the more common King Rat snake.

After the encounter with SOTA snake I got another scare from a huge, sudden thunderclap nearby, so I decided to pack up and head down. Better be safe than sorry. It only took me 27 minutes to cover the 1.14 km distance and 200 meter elevation difference and luckily I had gloves to protect my hands from burns caused by the rope.

So not a very fun activation and Pillow Mountain is not one I will easily visit again. But it gained me 2 SOTA points and another good story to tell my students tomorrow. On to activation number 9.

Forgot to mention two other important facts: the place was infested with mosquitoes (DEET was my saviour) and I brought a leech home in my trousers who started to feast on the blood from my lower right leg.

So much fun: SOTA in Taiwan.

You should get a job with the Taiwanese tourist authority Hans

Maybe after retirement. For now I’ll stick with teaching.

Hi Hans, nice report!
Regarding mosquitoes, small pesky flies and horseflies, in addition to DEET I recommend using mosquito coils. Since I carry the mosquito coil case I have reduced my use of DEET (I still use it!) and for leeches you can spray a good amount of DEET on your socks and shoes. If you want to avoid DEET, take a spray bottle with water saturated with salt.
And another story are the WASPS

Thank you Takeo-san for the tips. We use mosquito coils at home, but they aren’t very convenient to carry up a mountain. Since I only do short activations I guess I’ll stick to DEET. I didn’t know they were also good against leeches, so I learned something new from you today.
Now I wonder: does DEET also work against ticks?

So much fun: SOTA in Taiwan

It’s not doing it for me…. Brilliant report though!

When is a windy day the mosquito coils is good for nothing. But in those heavy and humid days without a little breeze, this really works for annoying little flies, mosquitos and horseflies: 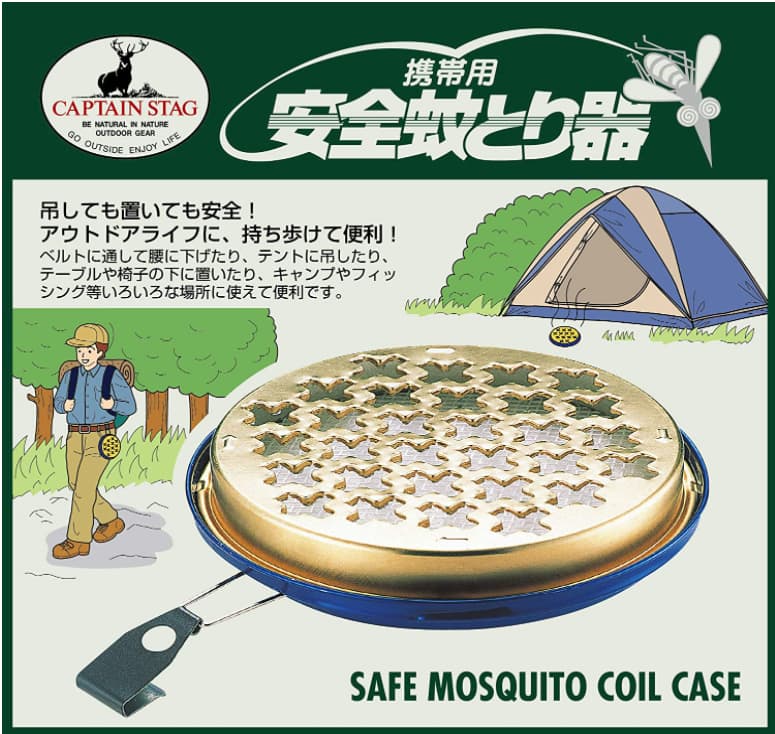