If you’re expecting this: 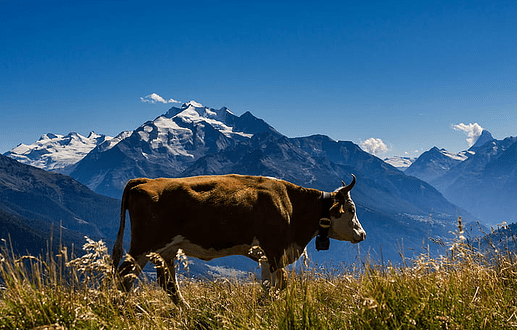 Then don’t read any further. 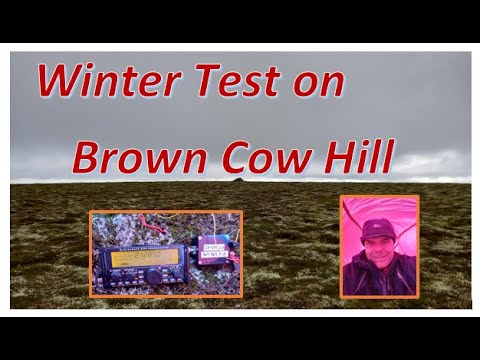 Background
The start of a weeks holiday (with Mo) and I was looking forward to tackling something large by myself on the first Saturday, as Mo was doing other things. Unfortunately storm force winds, rain/sleet/snow was forecast for much of Scotlands mountain areas. As we got closer to Saturday, I could see there was an early morning window of good (well, less-bad) weather quite close to home in the Eastern Highlands.

Saturday 2nd October 2021 Brown Cow Hill
The route isself is fairly straight forward, departing from the Corgarff Castle car park, which is situated at Cock Bridge. After rounding the castle and wiggling around a field, some single track leads through short gorse to pick up the Land Rover track that comes up from the farm. 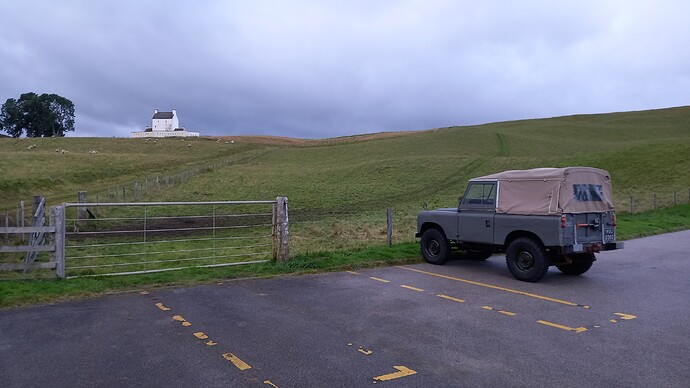 After passing some woods the track heads up onto the open hill and eventually a boggy path leads off to climb grassy moist slopes to the summit. 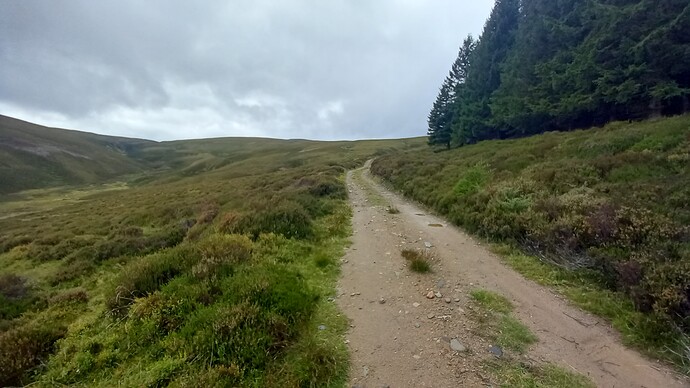 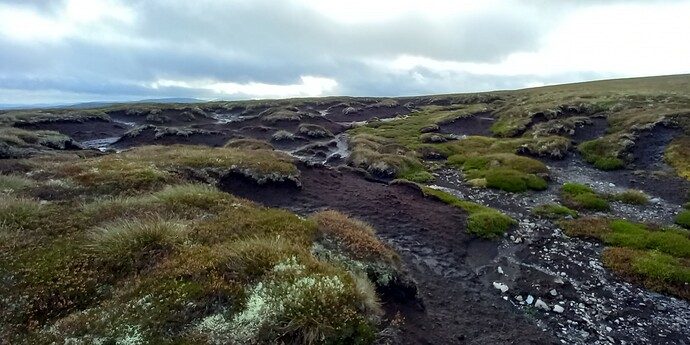 It’s a bit of a non-hill really. Just a massive expanse of high level moor. The AZ must be huge! 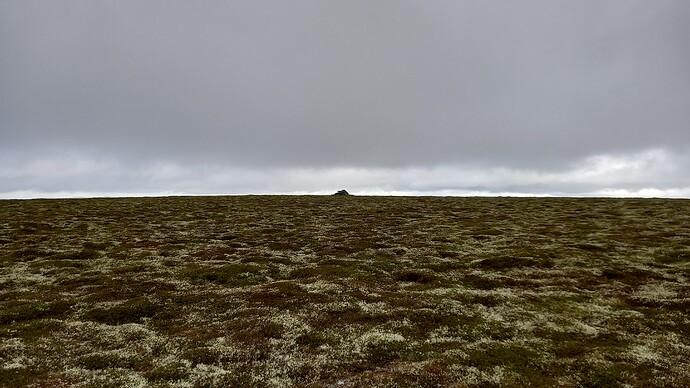 My ascent was pretty straightforward. The only tricky section was finding the way through a section of peat hags.

Activating Brown Cow Hill GM/ES-23
I was expecting it to be windy and it was. I got the 7m mast up no problem, giving the poles an extra twist just to make sure! The W3EDP was strung across, inverted V style and this was connected directly to the KX2 via a 9:1. 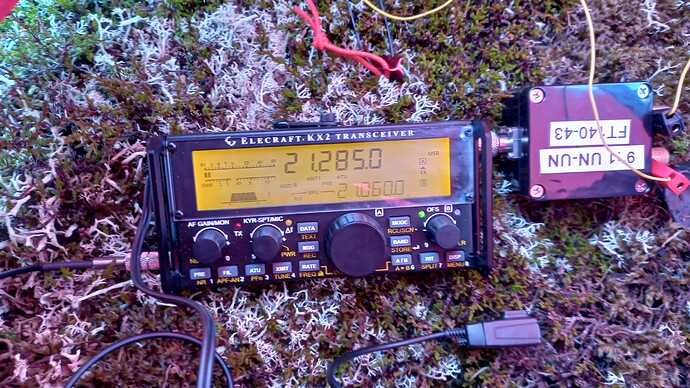 When traffic died I scanned up and down the bands, as high as 15m and as low as 60m, the KX2’s internal tuner finding a 1.0:1 match across the range. It looked like I was going to have to try 40m, which seemed very busy. I much prefer 40m mid-week and in the mornings, when it’s much quieter.

7.135MHz was much much quieter and this allowed me to have great contacts with a further 14 stations, including a very weak CT2GSN/P who was on CT/TM-004

By now, I’d been in the bothy bag for 45 minutes and was getting a bit stiff. With forecasted storms looming I needed to get off the summit sharpish anyway. As I was packing up, my phone starting pinging MET updates - the weather warnings had been reduced. It was gales instead of storms, so still 50mph/80kph forecast for the higher hills.

It started raining on the upper part of the descent and this caused my to lose my bearings slightly. I ended up descending east rather than north, however it worked out OK as there were less peat hags on the way back!

I’d left home at 0640z and was back home for 1215z. A productive half-day making the best of the conditions, and some fine QSO’s with the Chasers along the way, so what’s not to like about Brown Cow Hill?

As a footnote. Brown Cow hill loses its blandness in a decent winter. Mo and I climbed it in January and were faced with powder and 1m of snow. It was so deep in places, it was at the top of the fence posts. 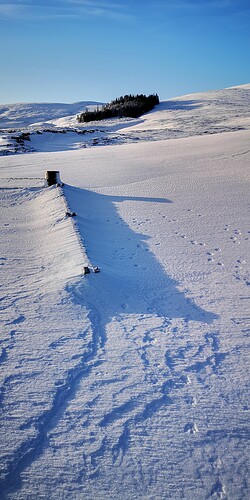 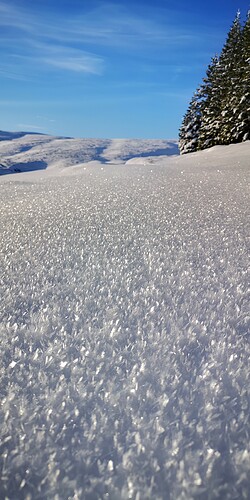 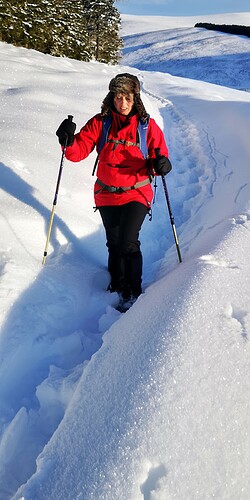 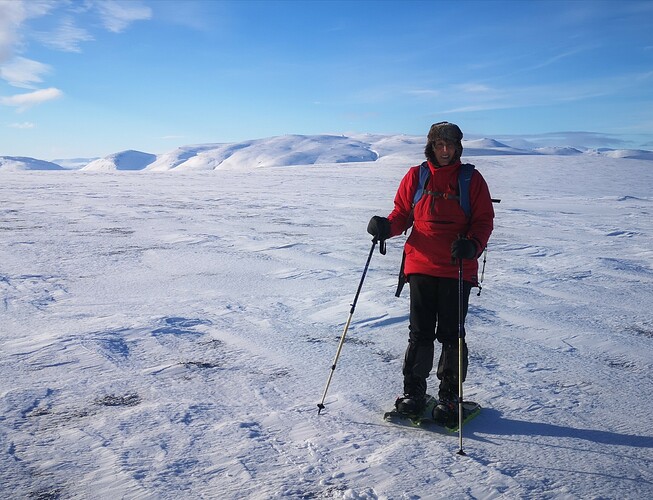 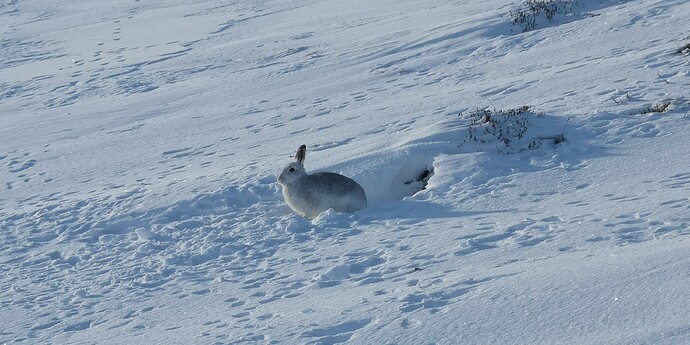 so what’s not to like about Brown Cow Hill?

It lives up to its name - it is claggy, horrid, with deep boggy peat hags. In winter a different matter.
I absolutely hated the walk when I activated it in “summer”

Nice one Fraser. Thanks for points. That bothy bag looks like a godsend else you’d have froze to death.

Ah, so not a term of abuse. Some people think moorlands look grand but they’re the environmental wreckage caused by our ancestors who cleared the wild woods that once covered most of Britain.

It’s a bit of a non-hill really. Just a massive expanse of high level moor

Not me but it’s why some G/LD walkers don’t like some of the well-rounded G/NP hills in this area.

The W3EDP was strung across, inverted V style and this was connected directly to the KX2 via a 9:1.

Does the KX2 ATU not load up the W3EDP without the UnUn? [Mine loads up wet string!]. BTW: I would like to fit side handles to my KX2 but I no longer trust my eyesight to do delicate soldering.

I pulled the bothy bag over my head, sorted my “office”

Always an attractive sight to other walkers [“By heck, wot’s he doing?” “Dunno Gladys, but keep yer distance”.]

I did some chasing from Berwick Upon Tweed that morning but missed you as I didn’t start until later in the morning.

But I need to get a bothy bag first if I’m to do any SOTA this winter. Devon and Cornwall may not be the Highlands but it knows how to rain there.

Many thanks for the report. Your W3EDP antenna, having looked it up, sounds very like my SotaBeams Bandspringer which I run directly off an ATU as my 705 doesn’t have one built in.

Does the KX2 ATU not load up the W3EDP without the UnUn?

You know, I’ve never tried. When using the W3EDP with my ft-857d and an external tuner, I sometimes wouldn’t get a match depending on ground conditions, orientation etc. That’s why I built the 9:1 and I’ve been using it ever since. Next time, I’ll try it without.

I would like to fit side handles to my KX2 but I no longer trust my eyesight to do delicate soldering.

I didn’t have to solder anything. The antenna socket wires simply unplug from the pcb and the power transistors unscrew from the existing side plate. I love the extra protection the side plates and perspex cover afford.

I did some chasing from Berwick Upon Tweed

I worked a station in Whitehaven, Cumbria, which surprised me as it’s usually Yorkshire that the skip takes my 40m signal to. Would have been interesting to see if Berwick Upon Tweed was in range.

If you’re expecting this: 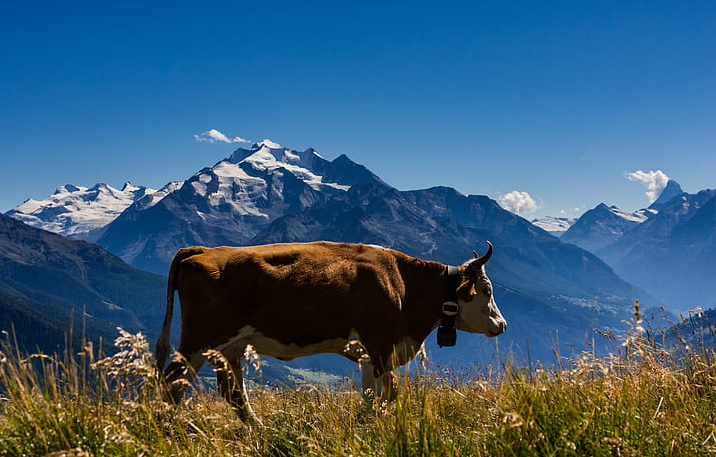 Tks for a new unique QSO

Greetings Fraser and Mo, thanks again for an interesting video and great photos. Great achievement for you.

Great scenery at the summit too, not.

Thanks Geoff. Yes, it is an easy but very uninteresting lump of moss. I’d been putting off activating it for ages. It’s just a 25 minute drive from home, so no excuse really!