More of a photo essay than an activation report. A circuit of the two highest peaks in Central Otago, with a few lakes thrown in. Amazing country, and one of those trips I will never forgot.

Thanks SOTA for all the motivation you provide.

Amazing. What wonderful mountainscapes. “Ben Nevis” made me chuckle. I would say it’s more like the Cullins of the Isle of Skye, if anything. I see you have a Ben Cruachan and also a Ben Lomond. Do they have indigenous names too?

There doesn’t appear to be a recorded traditional name for the Otago/ZL3 Ben Nevis. But the entry in the NZ Geographical Place Names database is interesting:

“Nevis is possibly a transliteration of the Gaelic ‘Nibheis’ meaning ‘terrible’.”

The Ben Nevis peaks outside of Scotland were all named by homesick Scots I believe. The original is impressive when it has a snow cover and is a very decent hike. However I do really like the ranges around the NZ one.

Thanks for the pics Matt.

When in that area a few years ago we saw loads of young people competing in Scottish Pipe Bands! I was told there are more active pipe bands in NZ than in Scotland!

No wonder so many peaks ended up with Scottish names.

It looks like there are active pipe bands in many, many places…
The Celtic NorthWest of Spain has a long tradition:
In Asturias - Spain EA1/AT 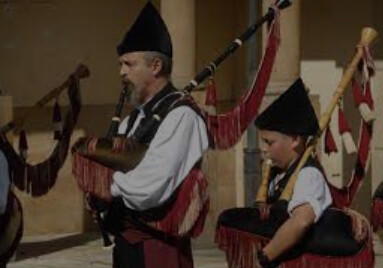 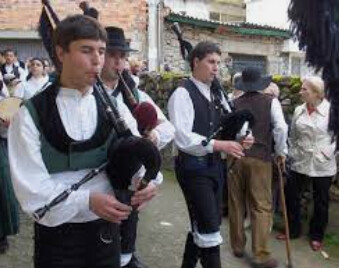 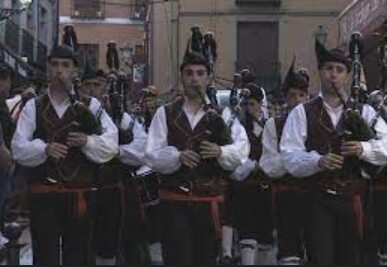 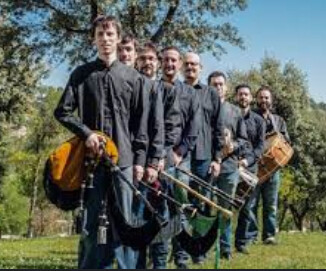 Those look like Breton / Galician pipes rather than scottish ones - different number of drones (pipes) and a very different sound. I understand that the function of the pipe is different too in Breton music (and presumably galecian) with the pipe being an softer melodic accompaniment in the Breton tradition rather than a brash lead instrument in the Scottish. Though I stand by for Breton / Highland pipers to correct me!

Not sure how far back the two traditions branched off, but I suspect it goes back to a common ancestor much longer ago than the current national boundaries and more widespread than the current Breton / Galician / Irish / Scottish fringes of Europe.

Even just looking around the British Isles you’ll find a number of different variations on the bagpipe theme. Spread your search net wider, and you’ll find them turning up in North Africa and in Asia at least as far east as India.

…and lots of countries claiming to have invented them. Which is probably true…

a number of different variations on the bagpipe theme

Yes, thanks to this thread, I’ve been reading about bagpipes and it’s amazing how many different types there are.

lots of countries claiming to have invented them

I’ve read on the web that some images of a type of bagpipe were found in the old Egipt of the pharaons.

It was very interesting to learn a bit about this very old musical instrument.

it’s amazing how many different types there are

And they all sound horrible

they all sound horrible

They don’t sound very horrible if you apply any or various or all of the D factors: Distance, Deaf, Drunk

And they all sound horrible

Darn heathen! It’s a wonder your visa hasn’t been revoked. You’ll be declaring that you don’t like haggis next!

I must admit that I prefer Northumbrian pipes and Uilleann pipes to the more usual Highland variety, but then I’m a pure sassenach. As an honorary Northumbrian, I’m a long time fan of Kathryn Tickell.

they all sound horrible

Don’t tell me that Scotty piping Spock’s casket off into outer space*, playing Amazing Grace on his bag pipes, is a terrible sound. Stirs the blood!

*it actually landed on the Genesis planet.

It’s a wonder your visa hasn’t been revoked

My forebears on my father’s side left Shetland in 1888 for England. So my most recent heritage is not Scottish but Shetlander. Haggis and the pipes don’t really feature in Shetland culture where it’s mutton and the fiddle.

My mother’s forebears left the Hawick area in 1648 for the New Word returning to the UK in 1918. So it’s grits , collared greens and the banjo from that side.

So it’s grits , collared greens and the banjo from that side.

Never figured out what the are but ‘Grits’ never sounded very appealing. Though I suppose if the alternative is haggis …

Grits are kind of porridge made from cornmeal instead of oatmeal. They should be smooth when cooked and so I don’t know why they are called grits. I’ve never tried grits so cannot comment but do eat plenty of porridge. Oatmeal is very slow release carbohydrate and therefore is good for everyone but brilliant for us diabetics as we can maintain better sugar control. As it’s slow release it’s good for breakfast as you don’t tend to feel hungry by mid-morning and so a less likely to snack, also good for diabetics. I normally make my porridge with 1/2 water 1/2 milk and place 3 or 4 chopped dried dates into the mix to jazz it up a little.

Porridge is the curse of the tramper (hiker) so far as I’m concerned. As you say it’s pretty much unbeatable for slow release energy through the day and for energy to weight ratio. I start each long trip thinking ‘this isn’t so bad’ … but by day 7 or 8 I’m having to force the stuff down because ‘you’ll hit the wall if you don’t eat’. Stumbling on jars of jam or honey left in huts on my longer trips I found that addition of jam or honey makes it bearable again … but when I repeat that process from the start (i.e. add jam every day) I still find I can’t stand the stuff by the end of the 1st week.

Though I suppose if the alternative is haggis …

I could take offence at that.

However, as a professional retailer for some 34 years, I can confirm that the “Chieftain o’ the Pudding Race” has gone from an old-fashioned line that sat on the shelf most of the year, save one day in January where the sales wouldd jump >1000%, to something that we now stock multiple varieties of, including Vegan. It also features as a pakora, a bon bon, in sausages, a stuffing for chicken (aka Balmoral chicken) and is often seen on the plate as part of a cooked Scottish breakfast.

So, haggis is having a renaissance.

As for grits, surely that’s just porridge for people who don’t have oats at hand?

That makes you as Scottish than me, probably.
25% Norwegian (where my surname originates)
25% either Scots or Welsh
The rest should be Scots.