Wasn’t quite sure in which category to post this, but it is information about a summit! 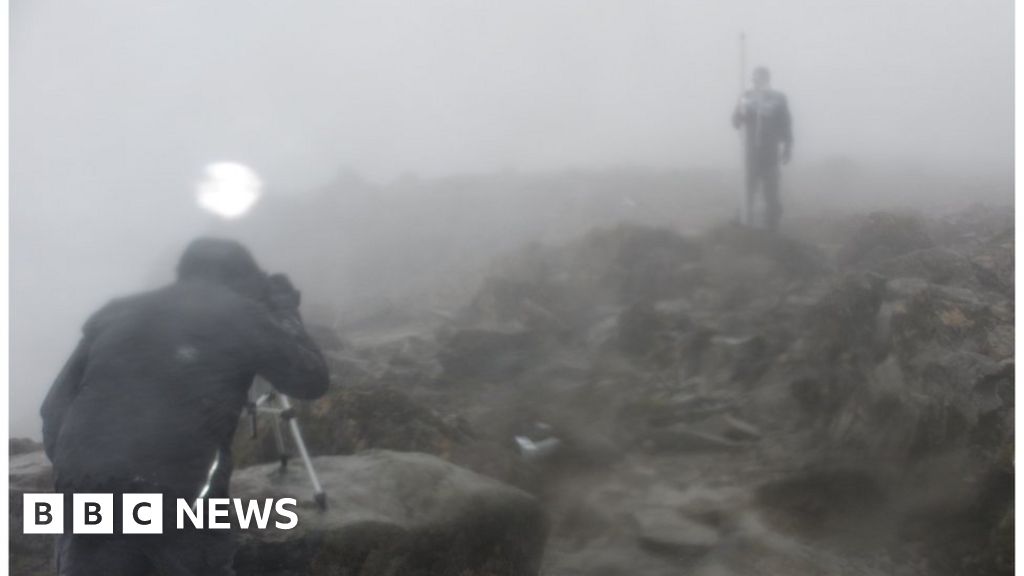 Ben Nevis gains a metre thanks to GPS

Ben Nevis, Britain's tallest mountain, is re-measured by Ordnance Survey and is now officially put at 1,345m high - a metre taller than before.

So we get inches, millimetres, miles per hour and a ratio all mixed together!

I don’t mind switching between imperial and metric in my head because either units are used but mixing them in the same spec. Arrgghh!

Don’t worry, before the end of the century it will be back to 1344 metres as the sea level rise gets into its stride! We will lose a lot of border-line summits.

You’ll need every one of those mph’s on the Scottish roads!

I can ask the man with the laptop at the garage to remove the limiter and I think it’ll do somewhere in the near of 165-170mph.

Hell of a big tyre

That means that when rounded the height is 1345m whereas it was 1344m before.

I would have expected it to have reduced in height with all the tramping feet that the summit has to endure. Not guilty m’Lord as I have yet to activate it.

At least feet and inches in the USA are the same as they are in the UK.

If you bought your pint of fine ale in the USA, you would only get 0.473 of a litre.

P.S. They still use “degrees Fahrenheit” in the USA, too.

There was a period in the mid-2000s (need to find ref.) when inches were different between US and the metric world.

The definition has been 1in = 0.0254 since 1960. Unfortunately, the definition of the metre changed with the US using a different definition than Europe but I think everyone agrees what a metre is now. It may have been something to do with relativistic effects.

This meant that an inch was still 0.0254m except the m was different depending on which side of the Atlantic you were!

The difference between the 2 measures was a few atoms so it was very, very important!

As you say a fascinating subject.
And we haven’t yet touched on the different definitions of fuel economy. No, not mpg v l/100km. I’m referring to the other definitions: VW v other manufacturers’

If you believe the stated figures then you are probably interested in this email I have from a guy in Nigeria with several million dollars ( MILLIONS US DOLLARS $$$) available.

Fuel consumption figures are nonsense, you don’t see them really. But you can compare figures from company A with company B to see which is likely to be the more economical.

If you mean cheating in exhaust emissions the VW Euro-5 diesels did. If you look at the independently performed tests on the new VW Euro-6 engines which need DEF (urea) then in real-world driving the VW diesel engines are economical and cleaner than most other diesels using DEF. That is what is so stupid about the cheating, sure the Euro-5 engines couldn’t achieve the mandated figures without a lot of expense that other manufacturers accepted, but the new engines are really good. This fact will, like non-existent EU bent banana laws, will not be reported!

s email I have from a guy in Nigeria with several million dollars ( MILLIONS US DOLLARS $$$) available.

Could you send me his address?

PS I’ll withdraw from this topic now before someone takes me seriously! My jet is waiting to whisk me away to my beloved Porsche

That size helps to cruise over our deep potholes.

The only thing that astounds me about this is that the remeasure is so close to the figure worked out 67 years ago. Those men and their theodolites were pretty good eh? Who needs fancy electronics. Good old fashioned optics and mechanical adjustment, combined with maths on pieces of paper.

However, that is knocked into a cocked hat by the brilliant work of the Survey of India in the early to mid 19th century. “Peak XV” was measured in 1856 as 29,002 feet by surveyors working more than 100 miles away. These days we know it as Mount Everest/Chomolungma with a recent survey of 29,035 feet, giving that 150 year old, 100 mile distant survey an accuracy of close to 0.1%…

Well its all a bit like the length of a bit of string.

It was the practice, pre GPS, to have a defined shape for your part of the globe. So the curvature and earth radius used for surveying were slightly different for say the UK vs Australia. Then came the agreement on WG84, or World Geoid 1984. That was the shape as mapped by satellites of the blob we call Earth. GPS technology enables positioning, XYZ, to be measured to mm precision wrt the current version of WG84. All maps made prior to the adoption of GPS surveying have WG84 definition related errors.

Here in Melbourne the city moved 200 m NE on the map when WG84 was adopted. Funnily enough heights above mean sea level have been less affected. Well maybe not so strange perhaps as it is a relative measurement. Determining the reference msl is quite tricky but that’s where you start. However that’s another story.

I’m surprised it’s taken so long for Ben Nevis to be remeasured. Now for the other British peaks?

The “real” metre, that is the defined length, used to be that of a metal bar kept in a lab in Paris with national standard laboratories around the world having copies. The copies had known differences to the metre with estimated inaccuracies (uncertainties) in these differences. That is the as maintained metre in different parts of the world differed from the reference by a known amount.

It was found in the first part of the 20th century that monochromatic light could be used as a length standard and so interfermetric length comparisons of these bars and other length standards reached new heights of precision. Uncertainties of a fraction of a wavelength of red light were achieved. You can do your own sums on how many atoms this represents, but bear in mind that the metal bars were an alloy so contained both Platinum and Iridium atoms.

In 1960 the definition of a metre was changed to 1,650,763.73 wavelengths of light from a specified transition in krypton-86. This meant that the metre was the same anywhere in the world. Any differences and uncertainties were in the local measurement process. In 1983 the definition was changed to the length of the path traveled by light in a vacuum in 1⁄299,792,458 of a second. The uncertainty is about 0.1 nanometre, although some labs can do better.

To put that in perspective, integrated circuits are now being built with 10 nanometre line widths.

Size matters, no matter what your friends say.

The Americans stick with their gallon because it is based on the size of the hat worn by a Texan oil mogul and no-one is going to suggest a change to that sort of guy.