This winter has been a pretty tough one so far, with lots of snow and arctic temps. So when we saw the break in the weather not too far south of Chicago, Allison and I decided to take a midweek vacay to play in the woods down in Missouri.

After lunch on Tuesday, we drove ~5hrs down to St. Louis. We stayed in a swank place downtown and had a nice dinner at Schlafly Brewing down the street. The next morning, we drove the remaining 70mi to the trailhead for Bell Mountain W0M/SF-005. It rained steadily on the drive and the temps were in the low 40s, creating a very dramatic foggy landscape which pretty much obscured the fact that we were in the mountains. The last couple of miles were on a decent dirt road: 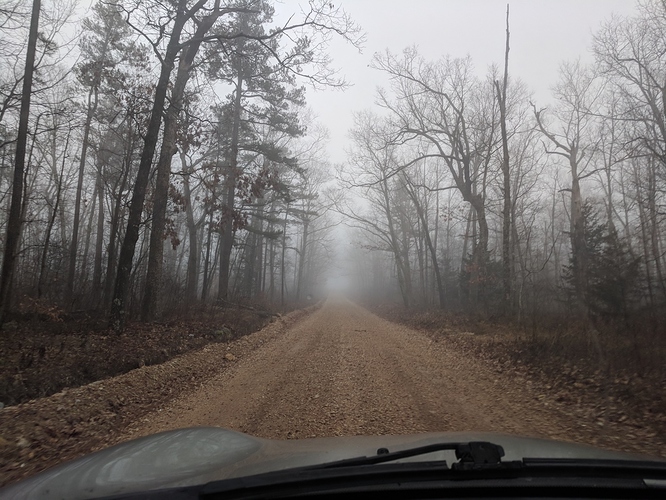 From the trailhead to the 1700ft summit is a relatively easy hike of about 3.5mi. The rain let up soon after we were underway, and we enjoyed the very pristine woods. This area is a designated wilderness area but unlike some others, it actually felt relatively untouched. 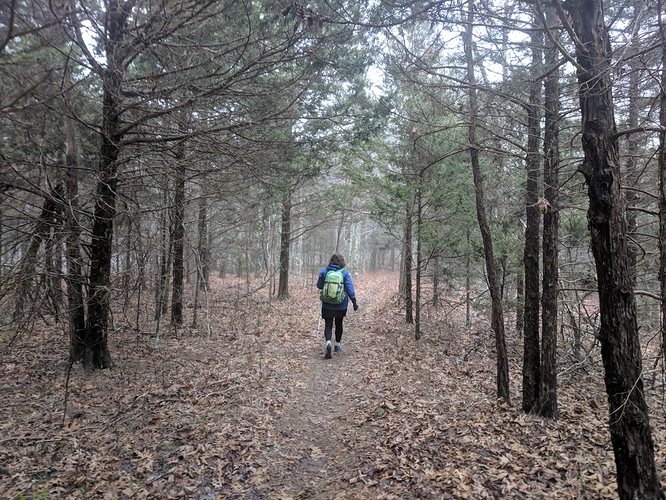 We knew we reached the top because rock outcroppings emerged from the woods right about when the altitude reading on my watch indicated 1700ft. We were on the edge of an expansive ridgeline, but the fog had us completely socked in, so no vistas for us.

We quickly set up and made 15 total contacts on 80, 40 and 20 meters. 80 netted me a chat with John, NØEVH, from Independence MO who had given me some excellent beta on selecting the hills for the trip. Very cool! It was a REALLY nice place to play radio (especially being above freezing and all). Verizon LTE was available on the summit but not on the hike. 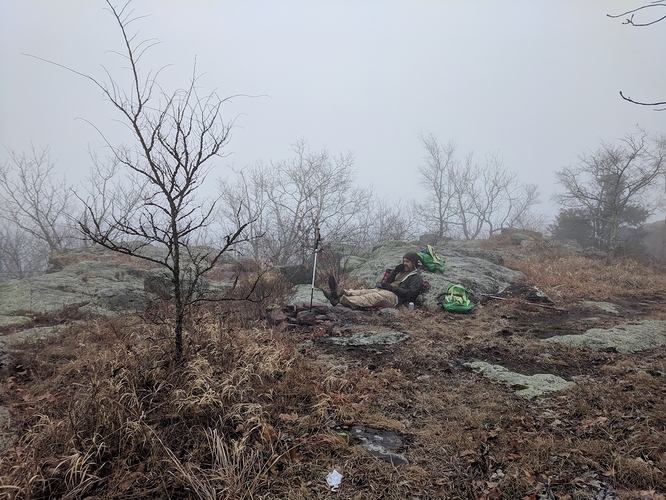 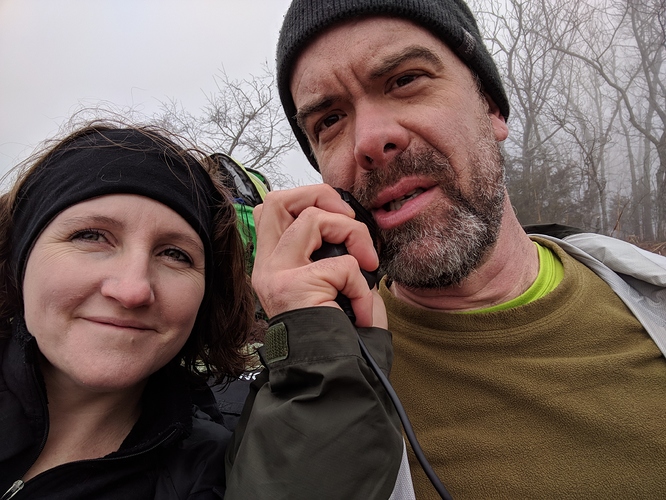 The way down went quickly and by the time we were back at the car we were in tshirts and the temp was 60f, or nearly 50f higher than we’d woken up to in Chicago the day before.

The next stop was Buford Mountain W0M/SF-002, the second highest point in Missouri at 1738ft. The drive to the trailhead took 30 minutes, so these make a very good pair to do in one day. The hike up from the second parking lot was just over a mile. Unlike the previous hike of the day, this one is pretty much straight up and the trail is composed of fist sized rocks.

Previous reports indicated the summit has no view, which is true. But during the winter there are very nice views on the way up if you remember to turn around to look (which you probably will while catching your breath). Pictures don’t do it justice, but it felt high: 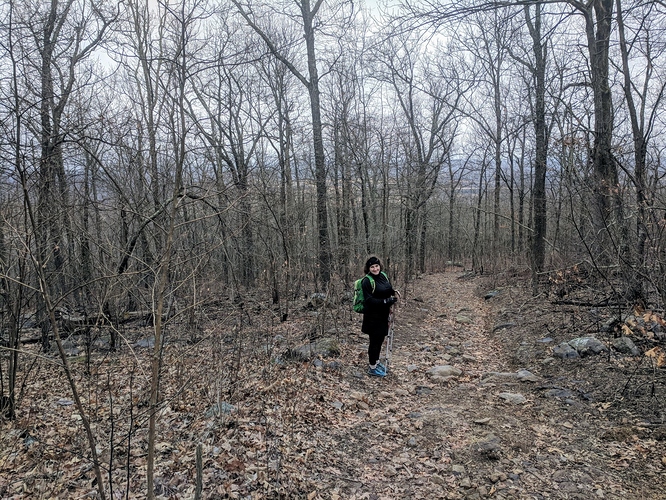 The fog was gone but rain was threatening, so we didn’t dally on top. Verizon service was usable for spotting. Again I worked 80-20, ending up with another 15 contacts. We packed up and bounded down the hill, narrowly avoiding the rain shower. Packed up, we headed back up to the deep freeze at home.

In the end, it was a fine day in the woods and well worth the drive. Many, many thanks to all who chased!

I had hoped to try for a S2S with you from sunny W9 Wisconsin in the afternoon, but only arrived at the summit as you were wrapping up on 20 meters. Glad that your activations went well!
Peter KD0YOB

Glad to catch you from both summits!

I was thinking the very same thing. We debated hanging around a little longer (it was so nice) but we wouldn’t have had time for Buford. Next time!

Ditto Larry! Thanks for helping get them activated.