Autumn in the Lakes from High Rigg

I was at G/LD-044 around this time last year - it was chosen today as a one pointer I haven’t done, whilst leaving the SOTA’s with winter bonus until we tick past 1st December!

I didn’t think it would be disappointing - the views can be amazing from High Rigg nestled in between Skiddaw, Blencathra and Hevellyn. Today I had the FT-857, SOTABeams Band Hopper IV (with an extra link at 60m) and the SOTABeams 10m compact pole.

I setup on the leeward side which this time round was to the South of the summit. Not before I took some panoramas:

The colours were amazing in the crisp autumn air! Absolutely stunning scenery. 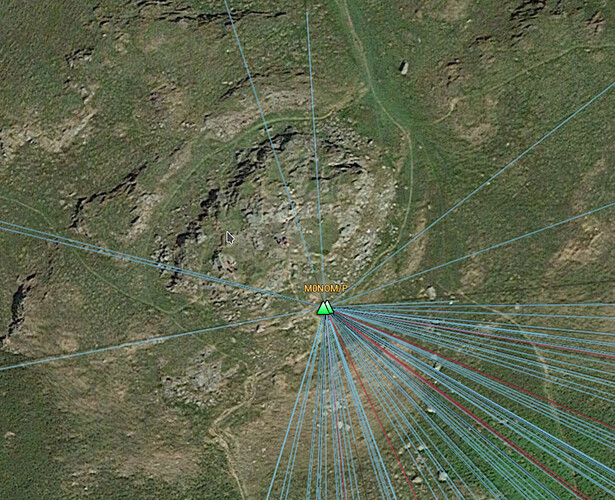 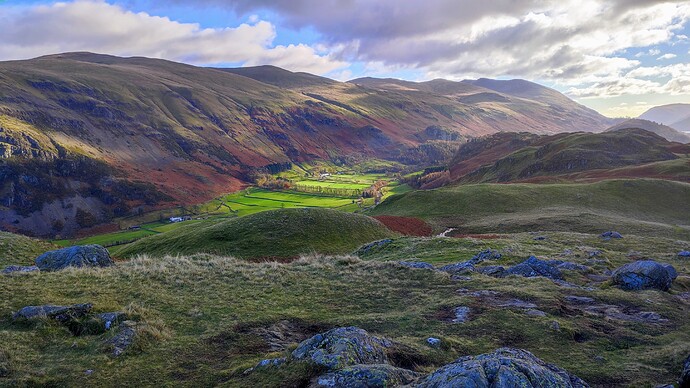 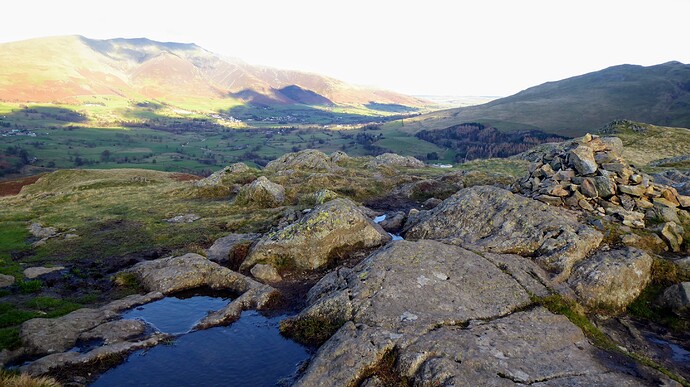 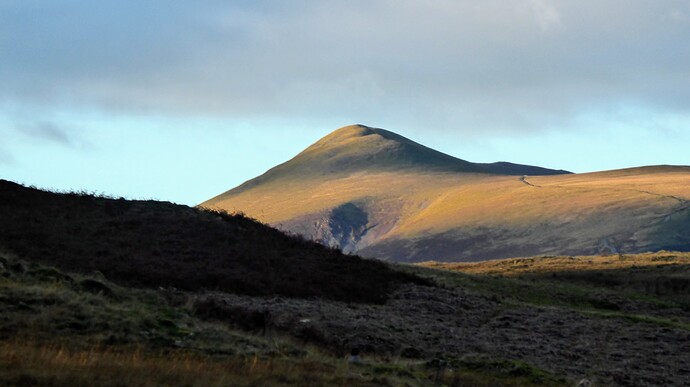 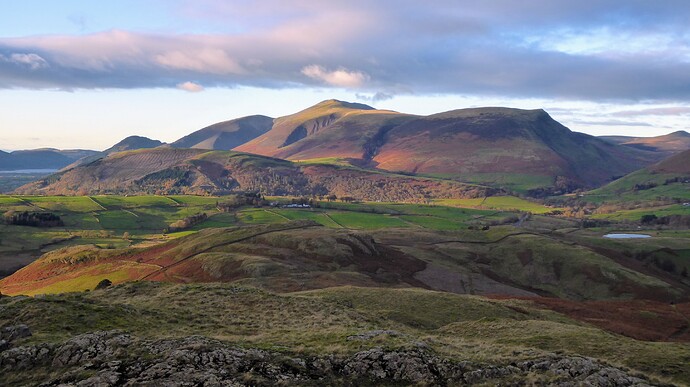 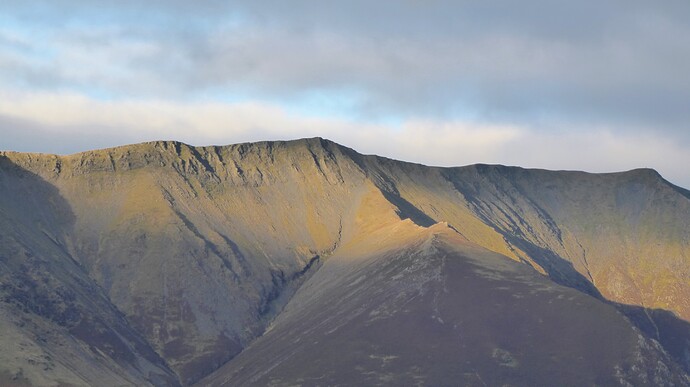 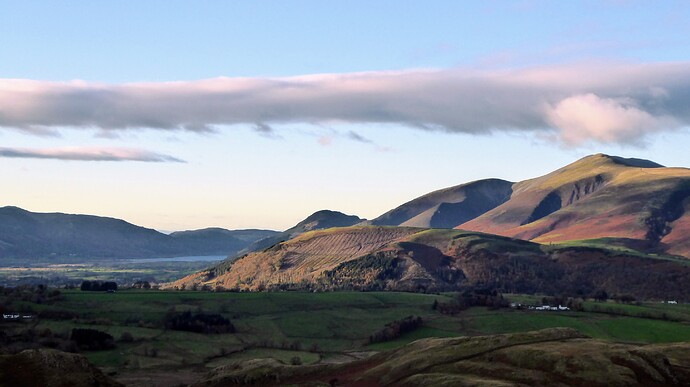 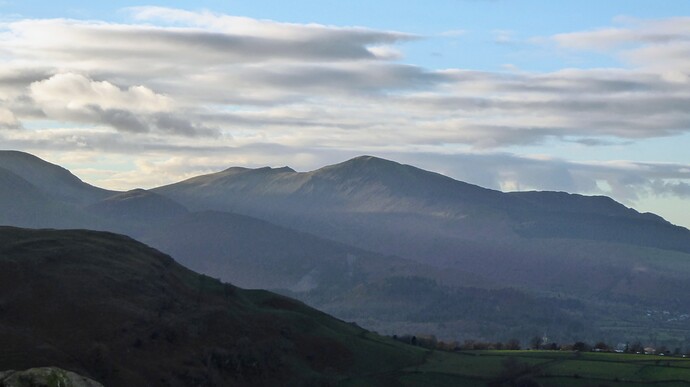 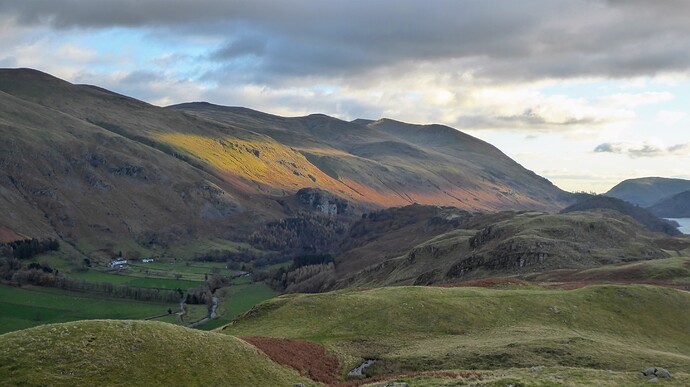 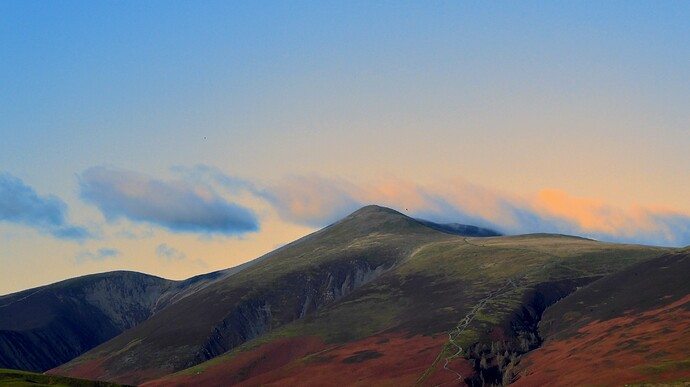 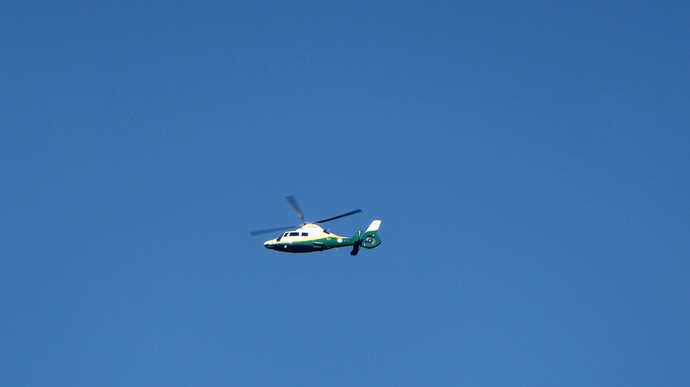 Bands were working really nicely except 40m which had gone mushy with all the stations (presumably a contest was on). I did find 7.199 free but after one QSO a digital signal came up 59 and that was the end of that. Just one CW QSO with @EA2IF Guru S2S. It was too cold to attempt CW as an activator, and my location meant I was having to do the summit mobile phone dance to get a signal.

Of the six S2S contacts all were booming in except one, @M7BIA Martin on Shining Tor who was very weak but with three frequencies tried we eventually got there - perseverance paying off handsomely!

By the end I was getting very cold and although I had spotted for POTA as well most contacts were SOTA, including @AC1Z Bob, 59 transatlantic very very nice!

Thanks to all the chasers. Mark. 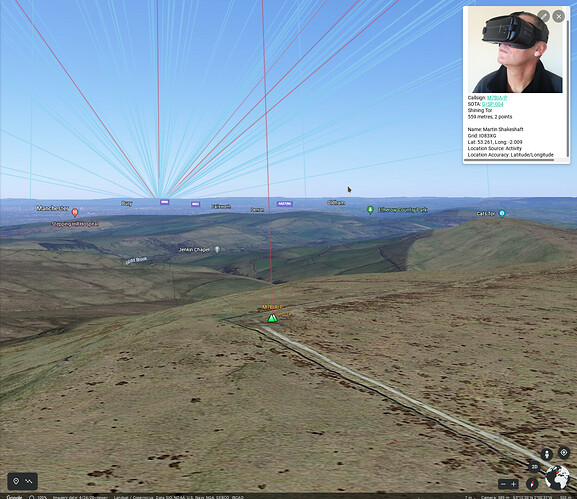 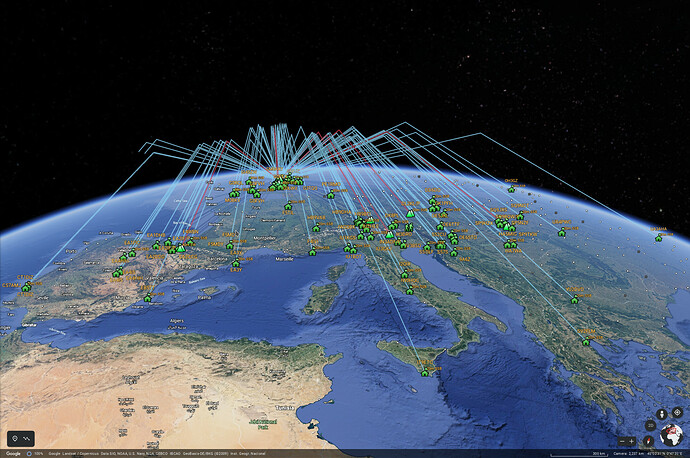 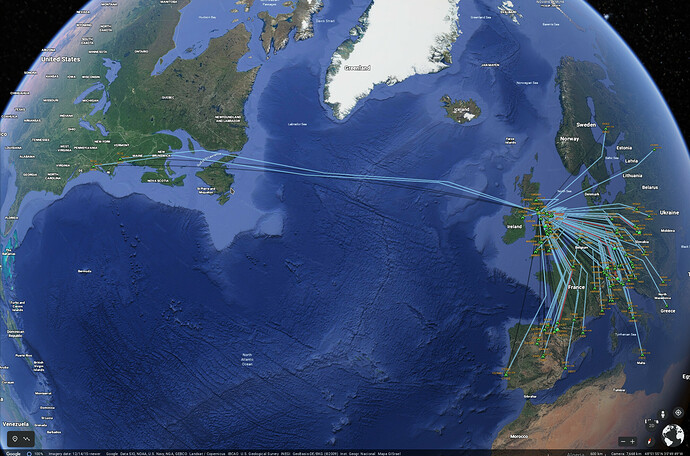 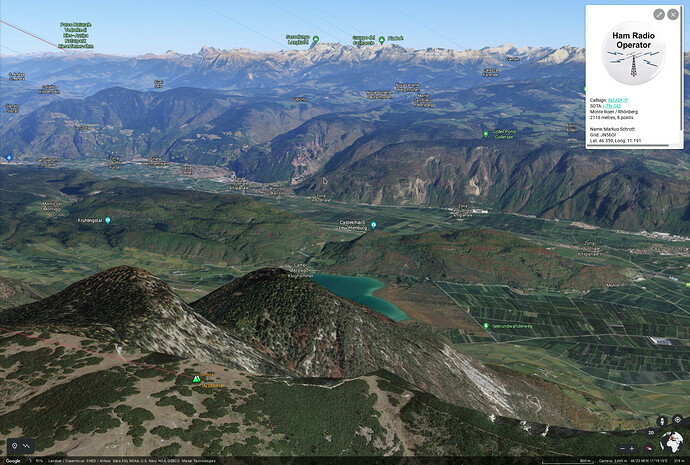 except 40m which had gone mushy with all the stations

It was great to work you. Thanks for the perseverance, in my attempt to get another S2S I even tried moving my dipole 90 degrees! From running North South to East West. Great views today but bitterly cold on G/SP-004. Love the images.

Thanks for the contact and the complete Mark - you had a stunning signal on 80m and the weather looks amazing!

Hi Mark,
it was great work you S2S today. Signals were really booming. I used a self made Bandspringer midi tossed in a tree abt. 13 m high for our QSO.
Looking on your very nice pictures I get jealous. I had no sun, foggy, misty weather, a bit of rain, 3 degree celsius, nearly no vision.

It was a cracker of a day in the Lake District. My wife, Fiona, went to meet her sister in Skipton for a rare opportunity to catch up one on one without any distraction from kids. I’d had my freedom day yesterday to do SOTA from Pendle Hill, so today I took the kids to Ambleside for lunch in the Apple Pie cafe and then to do some ‘Herdy’ spotting- 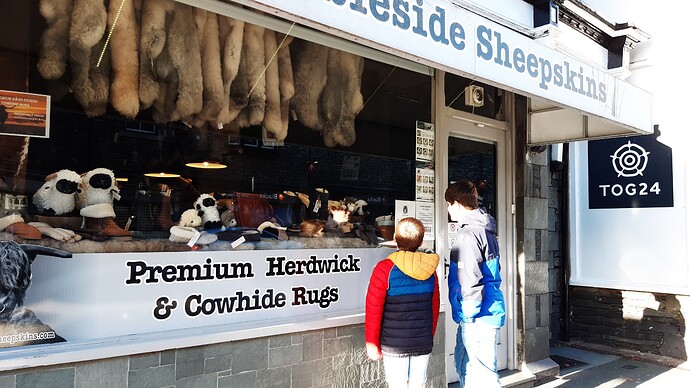 Beautiful views on the hills on my drive to and from Ambleside.

Great pictures Mark! The weather looks fabulous, and the landscape colour from the sunshine is amazing. Thanks for sharing.

Mark, thanks for such an interesting report! I have probably never seen such expressive photographs. And pictures with reflections of radio waves are very informative. This is a great job. I only regret that my callsign was not on the long QSO list.
73
Vlad

Wow… what stunning photos and colours! I’ve only recently started /SOTA and my locations havn’t been anywhere near as stunning as High Rigg. Btw, which software/website do you use to generate those 3d log reports?
73, Lea M0XPO

which software/website do you use to generate those 3d log reports?

Hi Lea. Google Earth images and the table of contacts are generated by my ADIF Processor.

what stunning photos and colours

Although I tend to use the ‘auto’ facility on Google Photos which enhances colours and adds a bit of ‘pop’ I can honestly say in this instance it looked like the photos in reality. Beautiful scenery!

Stunning photos Mark, methinks you know a bit about photography as the use of colours and shadow.
Exceptional signal and audio from you so thanks for the contact
Stay safe. Best 73 Allen

The SOTA monster is coming to get us…

The SOTA monster is coming to get us…

Reminds me of the contortionist I watched recently in the Circus of Horrors! A human spider.

Hi Mark,
Thanks for the qso and the report with wonderful landscape pics!
From G sota activators, I rarely receive nice signals like yours from High Rigg.
Cuagn
73

Spectacular photos, absolutely beautiful. I’ll be back home north for good once I get the chance of retirement!!

Sshh. Mark doesn’t like us to use the R word

very weird… for 1st time since march 16th 2020 had to go to office for face to face meeting with colleagues as vid conferencing not up to job. Nobody was very keen so we got a 3course lunch bought for us so we would go. Now we’ve been sat in darkened office trying not fall asleep whilst working.

We have a Christmas day out on Dec 3rd in Edinburgh… Whisky Tour then meal then drinks. Should only cost me train ticket there and back. Last time we did thus in 2019 I thought would need a new liver. Then a few days vacation to use and then Christmas break. Then I start a 4 day pre-retirement week in Jan. Then “so long and thanks for all the fish” in October 2022. And that’s the end of working full time.

Only mentioned retirement once.

Instead of the R word I will be using the P(art Time) word instead. I have noticed a strong correlation between rubbish weather and days “off”. This Friday 35MPH winds, a feel like temperature of -5 and snow showers. Andy - Don’t take Friday’s as your R day you will be stuck with one pointers and bad weather… Paul - partly R’d… ( Didn’t mention retirement once - oops )