Maybe a little off topic, but I know a few here have quite decent 70cms stations.

I read about this several days ago & hope to listen for them with my meagre 9 element Tonna. I doubt I could work them with 20 Watts TX power, but I know a few of you here have much more capable stations

The Arecibo radio telescope will be familar to many, as it appeared in a James Bond film.

My neighbours were quite impressed several months ago watching me wave a couple of Yagi’s around in the garden simply to listen to a couple of satellites. Imagine how impressive listening to the worlds largest single radio telescope bouncing signals off the Moon would be!

I can only dream of firing enough RF back to be heard in Puerto Rico on 70cms, but I know a few SOTA people have very decent UHF gear. For anyone who thinks EME looks easy, only 7% - 12% at best, of your RF signal that actually reaches the Moon will be reflected back towards Earth.

If you were not aware of the above activity then maybe you could take a listen, & if you do have a capable station, give them a call.

We heard it well through long time the KP4AO SSB signs.

I imagine with a pre amp and a proper antenna aiming device, the signals would be very strong. I wish I’d have rescued some parts from the scrap bin at work and knocked up a suitable preamp!

Good luck to any guys having a go this evening, I believe the mode of choice tonight is going to be JT65. I imagine it will be very easy to work KP4AO on this mode.

For those interested the moonbounce starts at 1840 UTC this evening on around 432.045MHz.

There is live video stream at http://www.ustream.tv/channel/kp4ao-eme

In reply to M0CGH:
We heard KP4AO from W2/GC-055 on Sunday using a homebrew yagi by KC2UHB. Unfortunately we could not get the netbook to decode the signal correctly…but we heard it quite loudly on 432.044.77 with an IC-7000

We also heard some earth based stations answering (higher in frequency), but we could not decode those either.

We had a couple of curious onlookers. When the gawkers asked what were doing I think a few did not know whether to believe us or think we were insane…

You can see the beam here: 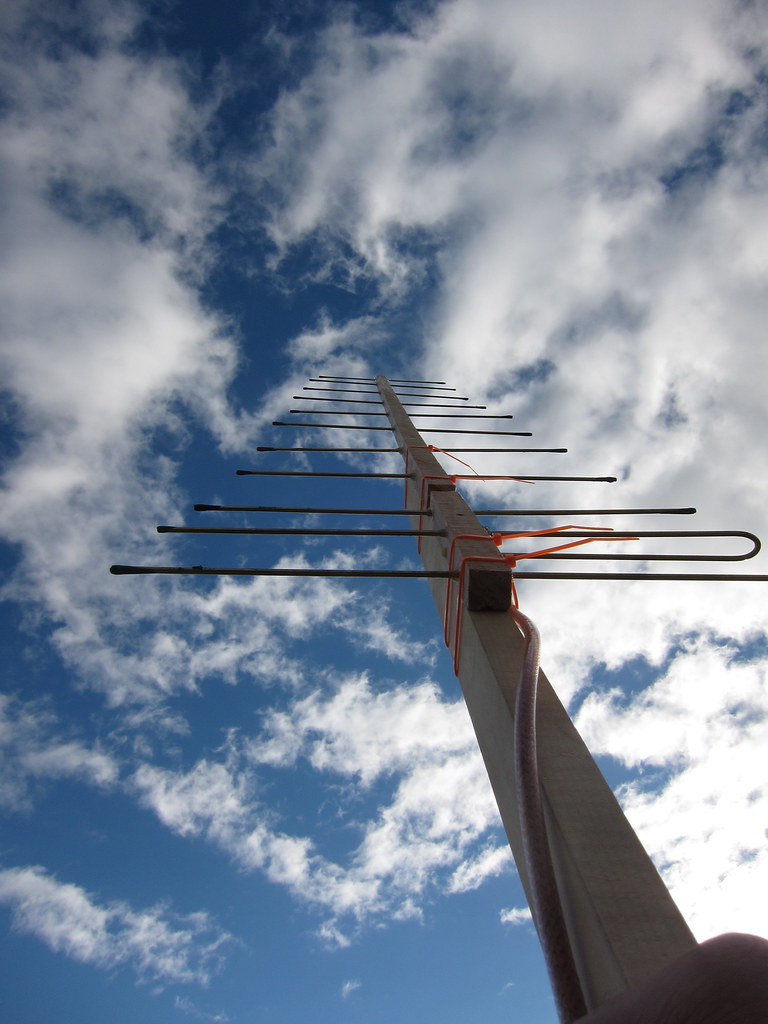