Another adventure in North Wales land

OK, so here comes my SOTA activation report from yesterdays adventure: very early start leaving the home QTH just after 4am heading for NW land in Wales. The roads were very quiet, so no delays this morning for me and Mr Brown (my SOTA dog). One slight issue, Starbucks was closed so I couldn’t get my normal Latte as I passed

anyway, I arrived at the Snowdon Ranger on time at 6am where I met my good friend Aled MW0UPH. Aled was kind enough to meet me at this time in the morning and drop me and Mr Brown off at the quarry below my first summit of the day ‘Moel Eilio’ GW/NW-022. Thank you very much Al, cheque is in the post

so, I followed an old stone road until it finished and bared off right which was quite a steep climb to the summit and pitch dark. My head torch was as much use as a chocolate fireguard! We eventually reached the top to a lovely high Cairn where I set my office up. Put a call out on S20 hoping I could get some early birds in the log, which I did

Philip MW0XTK was one of them

I managed 6 itl, put a final call out and packed away. Time to set off to the next summit of the day hoping this one had a nice Cairn like the first…… o no, there was no Cairn, it was rather a bare summit, ‘Moel Cynghorion’ GW/NW-030. Found a spot to sit and set the 4m tele pole up with the slim-g attached and put a CQ SOTA call out on S20. Managed two itl and began to panic! I called and called and called, not giving up until I had my 4. Not only was Moel Cynghorion bare, it was a very poor take off too

eventually after 20 minutes, I received 3 further stations which qualified the summit for me…. phew!! I quickly packed up as time was getting on, and jogged all the way back to my truck at the Snowdon ranger. Yes, it was time to rest the legs and drive to my third summit of the day ‘Manod Mawr’ GW/NW-035. Nice walk to the Cairn on top, although my view was rather disappointing with all the fog and mist in the air! Set up shop and put a call out, QSY’d to 145.525 which was free and managed 5 contacts itl. Put a few final calls out and made for my descent. Put Mr Brown in the back of the truck and drove to summit number 4 ‘Arenig Fawr’ GW/NW-011, where I sat and had a cuppa and sandwich before leaving

I began my hike up the track and bared off left when I hit the gate with the style by it. It was a steep climb now all the way to the top. As I approached half way up, there was a dramatic change in the wx!! The wind was howling, I wouldn’t like to say what speed it was going at. I was blown over a few times and Mr Brown was keeping low to the ground. I was extremely close on pulling the plug and turning back, but I had put quite a lot of effort to get to where I was, so it was a head down moment and plod on to the top! I’m going to be honest, Arenig Fawr was my worst wx summit in 2021, well it’s now also my worst wx summit in 2022!

reached the Cairn with a huge smile on my face and tried to keep out of the wind. Set the 4m tele pole up which I had to hold onto with my life, and put a CQ SOTA call out on S20. Managed 19 itl with two being S2S stations (MW5RJC/P Rick and MW0GWG/P Richard). Put a final call out and made the decision NOT to carry on to Moel Llyfnant subject to being safe rather than sorry. The wx was getting worse and I didn’t want to put us at risk. So me and Mr Brown braved it and went down the same way as we came up, still getting blown all over the place! Finally reached the truck and off we went to summit number 5 which was just down the road ‘Mynydd Nodol’ GW/NW-048. I had good time left now, so there was no rush getting to the top

once I reached the summit, I hid behind the stones out of the wind and set up my perch. Put a call out and received 10 stations itl. Had to pause half way through to take a picture of a rainbow that formed over top of me - sorry Frank, thanks for your patience. Packed up and made my way back down. Had a cuppa in the truck and headed to the final summit of the day ‘Foel Cedig’ GW/NW-034. The wx turned again once I reached the top with heavy wind and showers, so I needed to be quick. Out with the FT5D hand-held and managed to work 7 stations itl. What a good day had. Still gutted I haven’t yet managed to activate Moel Llyfnant, but the time will come! I’d like to thank all the chasers who called into my SOTA station today, great support as per normal! Thank you to the S2S stations, always a pleasure working you. Big thank you to Richard MW0GWG for looking out for me, and finally to anyone who spotted me - much appreciated! Please find some images below I’d like to share with you. Until next time, 73 and take care. GW4BML/P. Ben 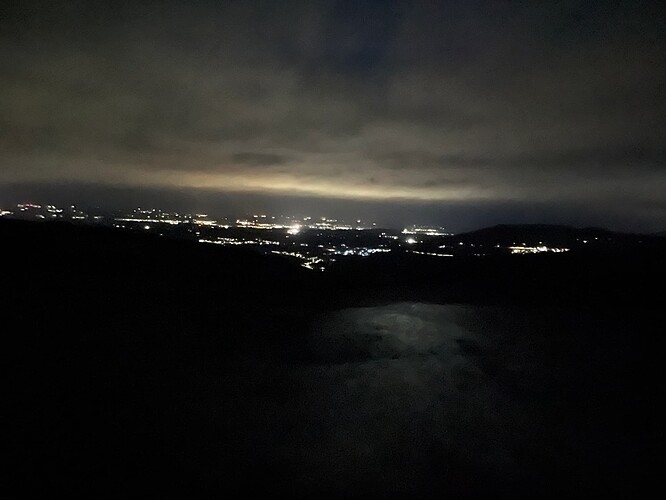 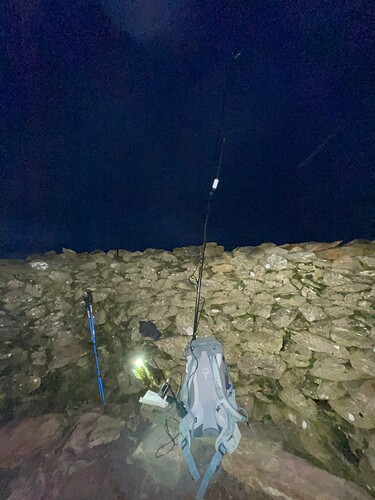 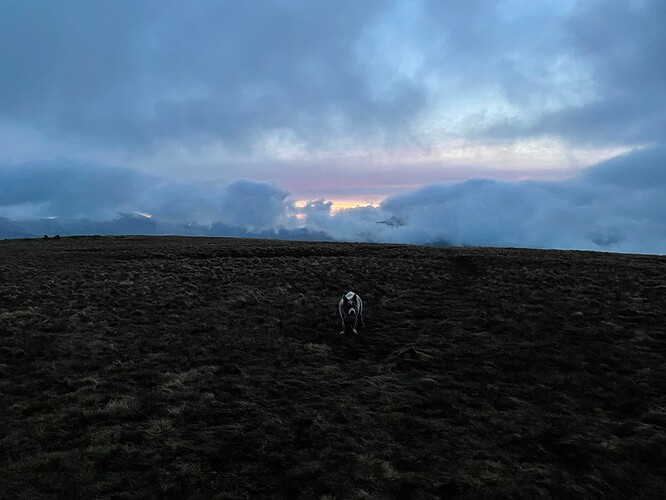 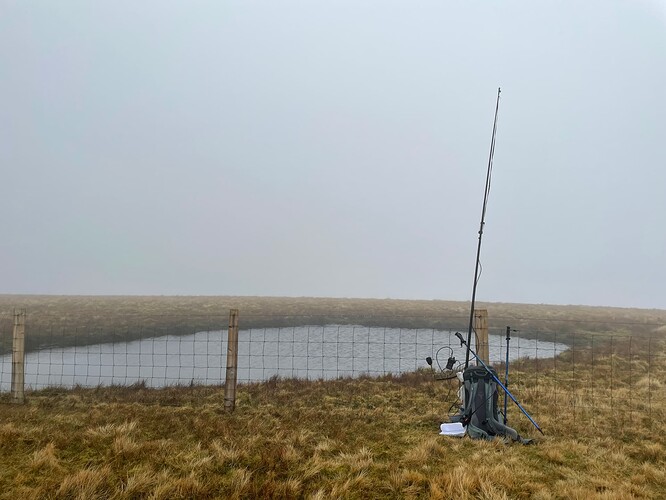 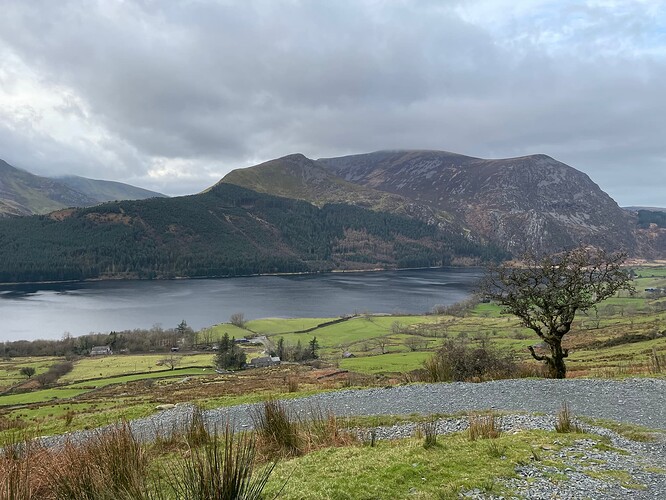 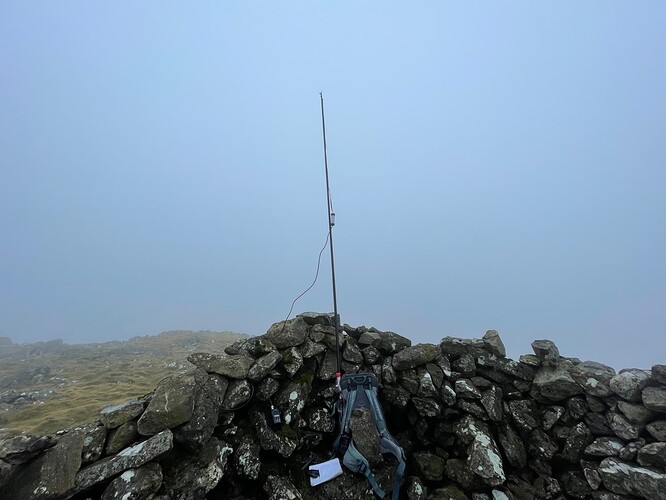 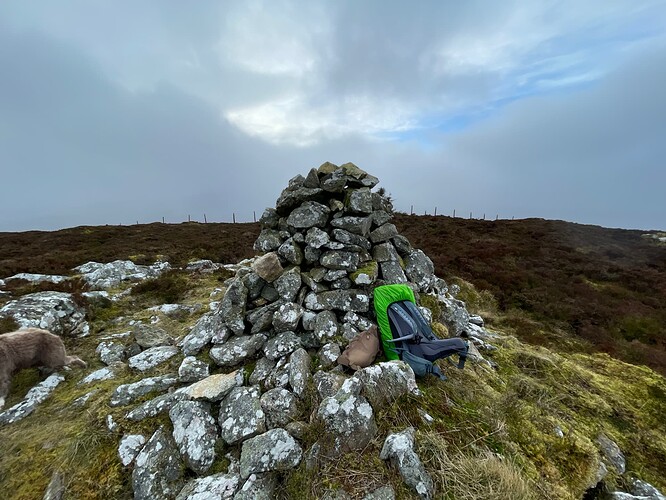 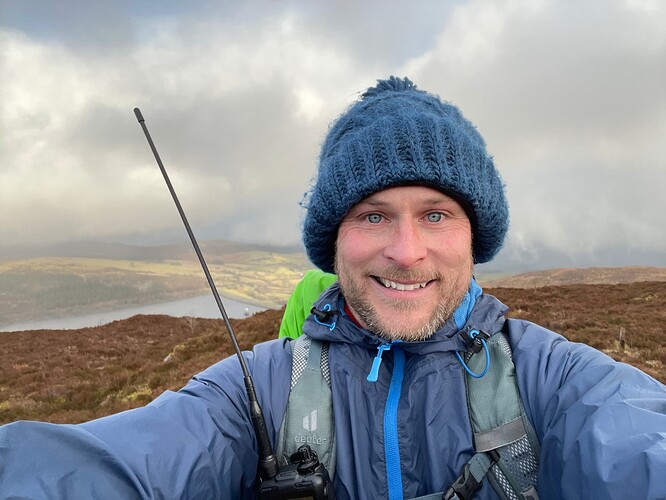 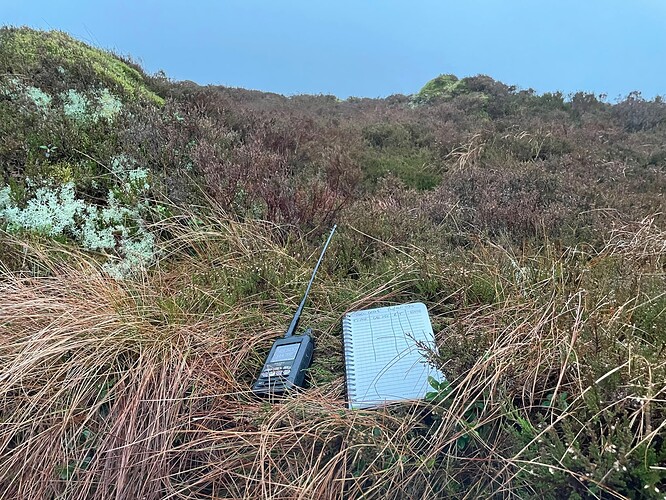 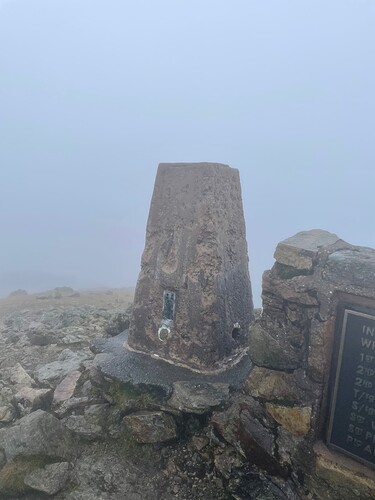 Thanks for the S2S, Ben - you did sound a bit worried on Arenig - glad you got down safely.

We had fun enough on Great Rhos GW/MW-002 with the mist coming down, about 30m visibility on top. It wasn’t helped by the mist forming droplets on my glasses !
Instead of going to the trig point we stuck to the fence line so we had some chance of finding our way back down if the fog got even thicker. After 5 QSOs we said “enough is enough” and packed it in.

one for each summit

Thank you very much

Hi Rick, yes, many thanks for the S2S. The wx really did take a turn for the worse! I was glad to get down from there.

Great Rhos is a nice summit, but again when the mist and fog are low down, it does make things awkward! I’m glad you managed to activate and qualify the summit

Look forward to our next qso or S2S! Take care and stay safe.

Impressive Ben! Well done. I’ve cycled past Mynydd Nodol on the back road from Bala quite a few times en route to the Welsh coast and always wonderered if it would be a go-er for 2m.

An impressive haul! Pity I can’t hear those summits from home.

Catch you on the next one!

Hi Ben, thanks for your report and photos. Well done.

Seeing the shot of the pond reminded me your APRS landed you right in the middle of it, which I guessed wasn’t quite right! Glad to have got you on Arenig Fawr, but felt guilty to keep you there any longer.
Here’s Moel Eilio today: 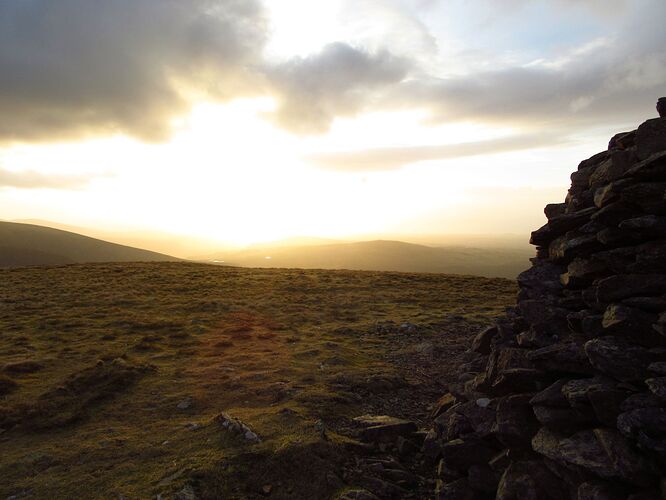 Saw you’d planned a big day out on Friday and set my day to give chase from the shack. What a flop, I failed to hear a thing! Even checked my antenna, pinged my coax, set up portable in the garden and so on. I was convinced my base radio had selective deafness as I could pop the local beacon without trouble. Radio, hardest game in the world

Sorry to have missed you, glad to see you had a grand day out

Thanks James, it was a great day out! Pity the wx caught me by surprise on Arenig Fawr! If you get the chance to activate ‘Mynydd Nodol’, go for it. A lovely summit and not too much hard work to the top.

Your very welcome for the report and photos

thank you. It’s nice to share some of the activity that goes on in GW land.

hi! Conditions were poor on Moel Cynghorion! Lovely pic of Moel Eilio, looks like you had good wx and a view! I could just hear you talking to Allan VPX on a 3/1 at best, but when I called in, I’d lost you unfortunately. Never mind, there’s always next time!

Hahaa, those days do happen! Although I must admit, conditions on 2m was really poor, so it might not of been your station! I found myself calling CQ SOTA a few times on S20 and not getting any replies at all

there will be another time, hoping to be back up NW mid February time! Thanks anyway.