Well after an absence from the SOTA airwaves for 6months - Fire, nor hail storm (more on that later) nor pandemic could keep me from coming back!

I had not activated a summit since November if memory serves me right, before I headed off to help out during the VK fires in late 2019 ( Ah fires, a simpler time when you could see your enemy). Then in late January 2020 a freak hail storm destroyed my trusty SOTA steed - my Suzuki Swift - those in the know, know that I rated summits on their “swiftabilty” Ie ease off access for the tiny car. Well it has since been written off and a new AWD Subaru XV has been added to the garage with a whopping 210mm clearance - I know. Huge.

This past weekend with some of the parks re opening from both fire damage and pandemic lockdowns I took the chance to get to a summit that I could never reach on my Swift VK1/AC-039 locally known as Yellow Rabbit Hill. A fantastic close to the city summit yet right in the bush. I even got the XV dusty!

It was also the first time I managed to operate 1296 on my own gear. Surprisingly was one of the best performing bands on the day. 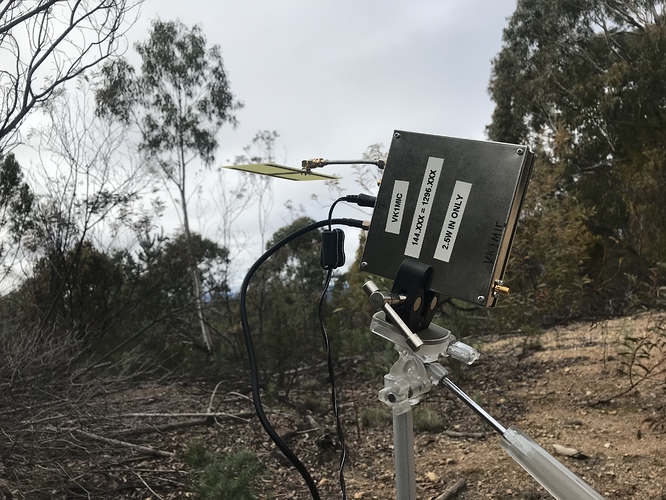 Then back at the car I wanna doing some remote node testing with @VK1MA on AREDN 5.8Ghz mesh. I mention it because the antenna is seen next to the car. 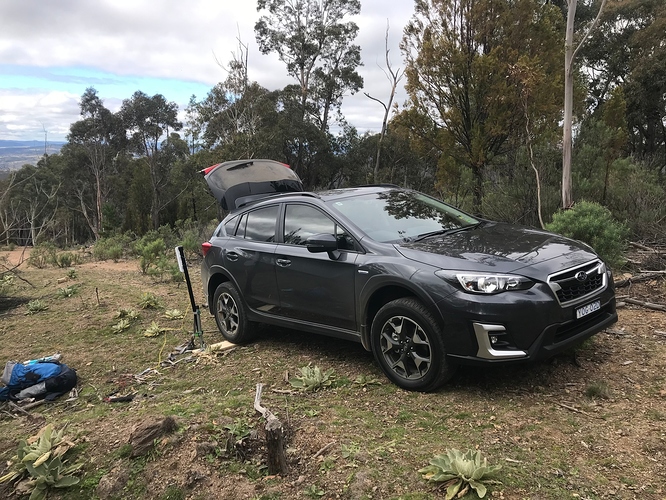 Thanks Geoff - and I could hear you calling me on 80 but no dice sadly.

Certainly is!.
You will enjoy that car and all the places that you can now more easily get to.
Compton

My Triton doesn’t have a 2 metre clearance.

I loved my Subi, the old bush pinstripes will show up on that rig Wade. Nice to see you out on a summit I was out too but a bit later then you. Great Gig hz gear by looks.
vk5cz …

Great to see you back out on the hills.
Sorry I didn’t get you in the log on Saturday.
I’m going to try and activate at least one summit each weekend as I strive to get MG before the end of 2020, or is that 2021?