Hello,
Jorge EA2LU and I agreed on a joint activation for December the 24th 2021.
We planned going to Mt. Larrakarte, EA2/NV-173, an easy & short hike, set the alert in Sotawatch and there we went.

To our surprise we found the mountain road that access the parking and start of the hike closed. What to do?
We were far from home, after a 45 minutes drive, and with a bit of improvisation, decided to go to Mt. Okoro, EA2/NV-047 which wasn’t far.

I usually hike with a GPS track at hand, but this time we were a bit blind without it.
I had activated this summit back in 2015, and therefore had a slight idea on how to go up.
What could we do to be safer? I started my smartphone and with a visit to Sotlas webpage (thanks Manuel HB9DQM for this jewel!) I soon verified we were ascending right towards the summit.

There were some snow patches but not huge to cross them: 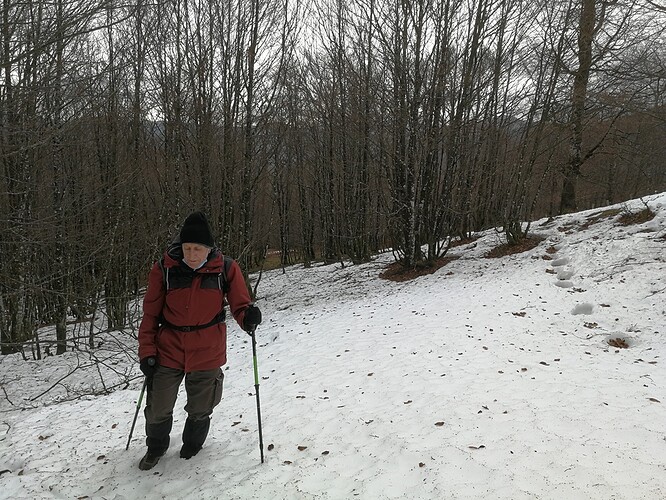 After a hard ascent we reached a flat area and had a bit of relief, although the path is tiny and you have to walk carefully.near the slope terrain. Jorge did a great job for this alternative and longer than planned route. 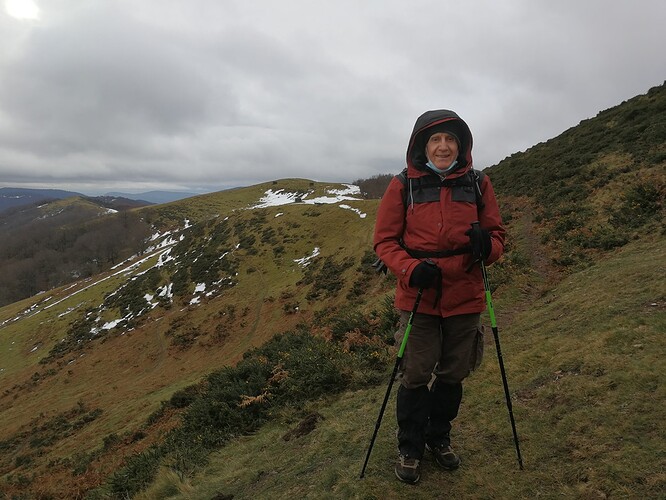 We arrived in the summit, after 1 hour and a half (5 km / about 400 m vertical ascent) and found a very strong wind. 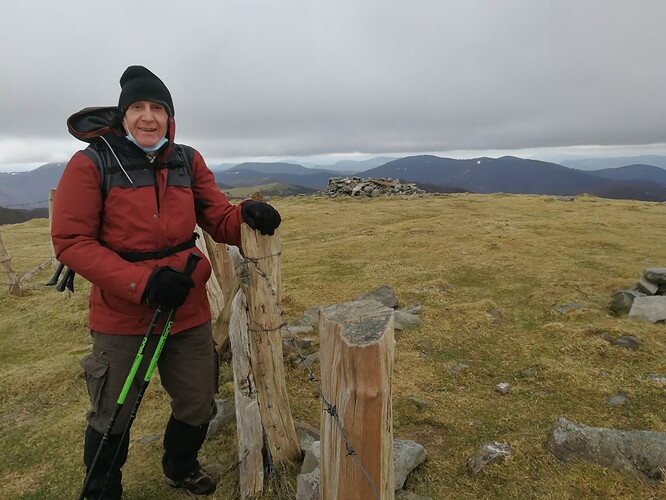 It would be no possible to erect the antenna in the fish pole with such a weather, but we descended about 15 meters down towards the North face and there we set the antenna.
We didn’t extend the whole length of the pole; instead we used the thicker sections of the mast and had the appex at about 3 meters. Luckily the pole was fixed with some rope and Jorge did a brief activation in 5 MHz CW: 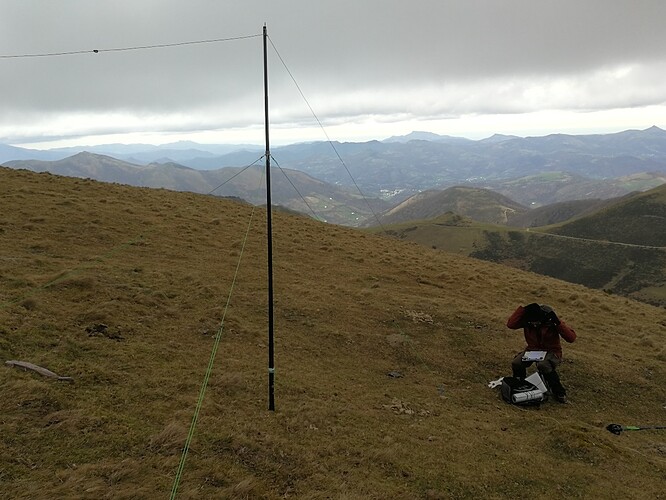 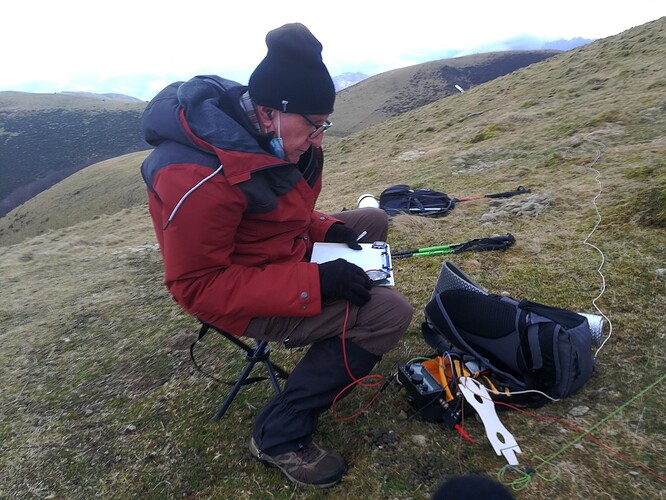 It was later than planned and wind didn’t make things pleasant at all.
I tried calling in VHF FM and logged just F4WBN. I didn’t even tried installing my own HF gear: too difficult!
Jorge was kind to let me use his gear and I did also a brief activation on 14 MHz SSB. 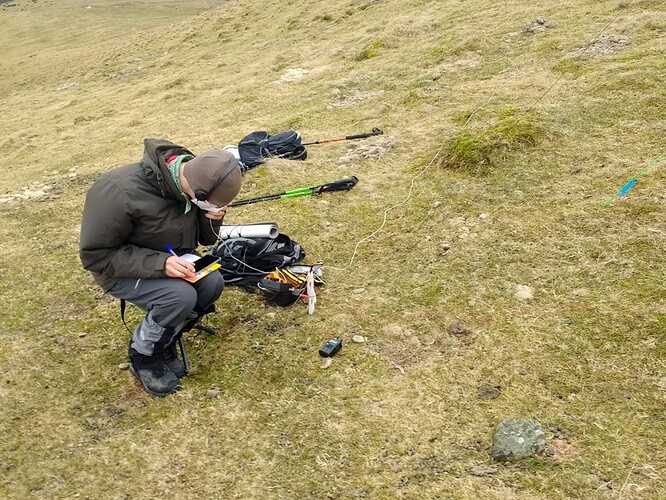 With a mixed feeling, not having the chance to stay for longer nor doing the kind of activation, covering more bands, that we are used to, we decided to call it a day and went QRT. Sorry for this short time.

This wasn’t the plan we had but at least we were able to do a short activation and wish a merry Christmas to our short list of chasers today.

Wishing to be back soon on air, 73 de Ignacio

Thanks qso on 20m SSB and Happy Christmas

With a mixed feeling, not having the chance to stay for longer nor doing the kind of activation, covering more bands, that we are used to, we decided to call it a day and went QRT.

I know exactly what you mean Ignacio. However there are times when it best just to do what you can and accept the conditons on the hill were such that it was not possible for you to do more. Well done to both of you for achieving what you did, especially with having to activate a different hill to that planned.

My best wishes to you both for a Happy and Healthy Christmas and New Year.

Great to read of your activation which you “retrieved” from those difficult conditions. It could have been easy to admit defeat and go back to the car without making any contacts at all. But being determined to at least make 4 contacts gave you the motivation, I guess. That wind was trying its best to prevent your antenna from going up, or staying up! In such conditions it isn’t possible to work everyone or even stay on the summit for your usual activation time.

Hi Andrew and Gerald,
Thanks for your comprehension, vy 73 de Ignacio