An activation a day...

Before we start, I know others have done more. So respect to:

Main thing, is SOTA is, and always has been about setting personal goals to work towards. Something I’ve always fancied doing is averaging an activation per day for a whole year. Well, for the first time, in 2018, I’ve actually achieved that. 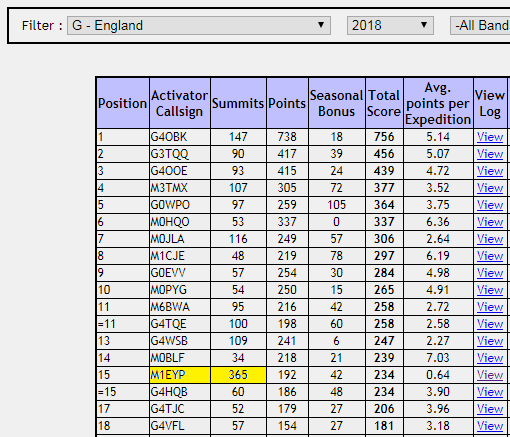 So activation #365 for the year was also a ‘SOTA on Tour’ activation! The Cloud was very busy with me snagging the last available parking space on Red Lane, and hordes of people on the paths and on the summit.

VHF was pleasantly active too. I operated for just under ten minutes on 2m FM on the Yaesu FT70D handheld, but in that time recorded eight QSOs, including S2S with Caroline M3ZCB/P and Martyn M1MAJ/P who were on Fair Snape Fell G/SP-007.

So now to hit the road for tonight’s gig; see you all next year! 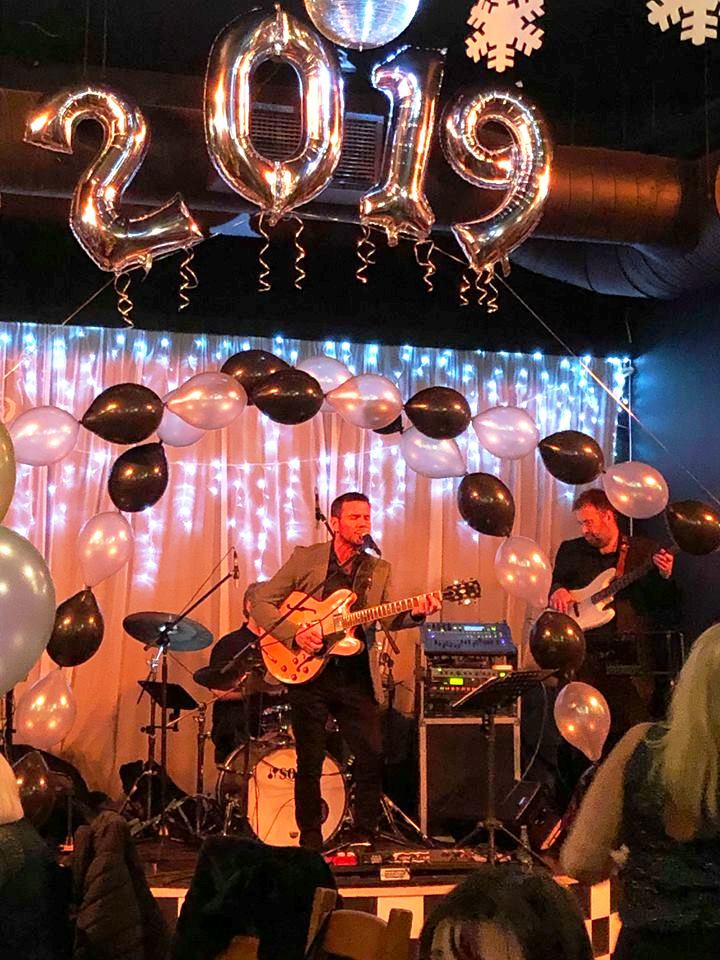 Bands used from summits/number of QSOs:

Modes used from summits/number of QSOs:

Time of day UTC/number of QSOs:

QSOs made / number of activations:

My activating by year:

I know you are not a Chaser so I wouldn’t expect you to spend time producing that, whether G or all G.

Just think if a SOTA Chaser or Activator were to produce a table for his own country (100++ now I believe) the SOTA website would probably buckle with the strain!

I don’t understand what you’re asking for here Phil. The above is just a statistical breakdown of my own activating in 2018 (and a comparison of every year I’ve been SOTAing at the end).

Just think if a SOTA Chaser or Activator were to produce a table for his own country (100++ now I believe) the SOTA website would probably buckle with the strain!

Such tables already exist in the database. Go to “view results” and “Activator Roll of Honour” and a table opens up for your home association activator roll of honour. You select “2018” and it is all there. Same for chasers. You can view every Association individually or in natural groups such as “all W”. You can focus on one participant. As a mere dabbler in using computers I marvel at it!

Another piece of analysis: Summits activated more than once in the year.