Hello, I was SWLing this afternoon above 29.000 Mhz. There were lots of AM stations including G. The loudest at 59+ was K1KW at 29.010Mhz. I gave him a call but he did not hear me. I looked him up later and can understand why he was such a strong signal.

To Andy ~ how many AM activations have happened?

Easily found from the database filters. Activator Roll of Honour>All Associations>All Dates>All Bands>AM gives a total of 39 (you have to count them up for yourself.) Do the same for 2012 and you can count up eight. Not a popular mode but it is used.

I thought after I posted ~~ is this a dim question?

To Andy ~ how many AM activations have happened?

Not a dim question but one that you could have answered yourself in a few seconds!

Ever at your service;

Obviously you were born too late Andy and didn’t have the benefit of quite literally seeing your transmission as the EL34’s and QQVO6/40A glowed to the spoken word. Worth calling CQ just for the light show - in a dimmed shack of course for maximum effect.

I use to change these for a living!!! AM, you cant beat it!! 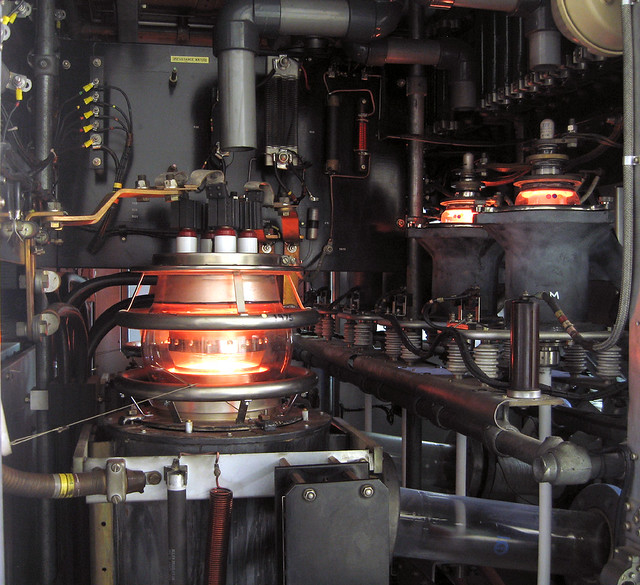 Ah, let me make myself clear…

But as a means of getting some information from A to B it’s overtly inefficient and from an engineering perspective therefore rather naff.

“But as a means of getting some information from A to B it’s overtly inefficient and from an engineering perspective therefore rather naff.”

Without a doubt you’re right Andy, but like Gerald the nostalgia of AM is probably its most redeeming feature!!! Plus what is the Internet connection like in the deepest parts of wild Africa? I bet that AM HF signal still gets through on my Sony World Radio!

The same can be said during conflicts, they can turn off the domestic radio/TV, internet and other forms of comms (propaganda)! But we all know that the AM always gets through!!

Matt the 25yr old dinosaur! Looking at the time I had best get to bed, got to
Be up for the 80m net so I can discuss the gardening!!! Hi
Hi

If we eschew antique radios, will we do the same to inefficient antique autos, clocks, cameras, guns, aircraft, clothing, tableware and residences?
.
Elliott, K6ILM
Lost Logition

In the 1980’s I used to run high speed CW meteor scatter and pressed my old 6/40A into service - ran 800V on the anodes and got 70W output. I looked far and wide for a decently priced QQVO7/50 to replace it, but never found one.

I would consider building a valve AM tramsmitter if I could find a suitable mod transformer at a reasonable price. I have 6/40’s, 3/20’s, 3/10’s and even 2/6’s. Unfortunately the audio bits were disposed of when the change to feeble mode was made.

P.S. I was given a gold pinned 7/50 by a local amateur and being slightly late back for lunch put it on the mantlepiece. Unfortunately I forgot to retrieve it after lunch and the next day my mother “dusted” it to destruction…

“Unfortunately the audio bits were disposed of when the change to feeble mode was made.”

I ran low-level modulation on 70 cms for a while, it was quite successful, and you don’t need thumping great audio transformers and a high power audio amp. If you want to run AM it is worth considering that route!

I still have 6-40As, 3-20As and 2-6s in my junk box, I’ll probably never use them again but I can’t bring myself to part with them, they are mementos of an exciting time!

Preserving the past is a fine activity. I’ve just dropped my xyl’s car off for a service. In the garage forecourt was an immaculate Pininfarina Austin A40 on its original 1963 Edinburgh registration plate. Most people in the UK over 60 will remember them. As cars they were b-awful. They suffered from rust badly. They’d rust away to nothing before you could get it from the dealer’s forecourt to your home! No power, no brakes, no nothing. At the time it was horrible. It’s still horrible.

But it’s worth preserving. Whether you’d want to drive it on a regular basis is another matter. It’s exactly the same as AM.

I used the 40A to make a 2M amplifier. I seem to recall that I got the same sort of output. I also remember very vividly the building of it because it has been the only time I have been ‘bitten’ by high voltage. I had turned the power off but was impatient and had not allowed time for the capacitors to bleed down. I was looking at my meter and not where by fingers where! My arm went into spasm and the meter got flung across the room. Lesson learned!

My shed is full of transformers but all old, even some oil filled Admiralty transformers. The only cheap source of modern transformers in terms of taps and voltages are the large PSUs for neon lights.

My best historical buy was when I was wandering through a street market in London on a Sunday morning. I stopped at a stall and was then called from the stallholder alongside.

I went to the stall and yes it was a lovely box. I opened the lid (joy - a Taylor 47A valve tester). It was hard not to smile and to force a frown. 1 pound 10/- paid. Got it home, cleaned it, checked it (glass fuse broken). Working and still is. Even had the reference cards.

And yes heavy dusting can be very destructive and even worse decision making. My mother threw in the bin a pair of Ediswan 14D13 triodes because they were “dust collectors”. I thought they were works of art

I once restored a Francis Barnett motorcycle. It was OK if you had five minutes notice of when to brake. So it was exercised every now and then until I sold it. I think AM operation exercises on 29Mhz is not such a bad thing given the allocation and lack of activity most times. Another option for people.

I would say that if it is worth conserving, it is worth using. AM might be outdated, but remember that CW is even more outdated. The proponents of CW claim that it is better than phone because the message gets through in conditions where phone fails, but that is not the only definition of efficiency. CW at 30 wpm will transmit a passage of script at about a quarter of the speed that it can be spoken. Looked at like that CW is a waste of time unless conditions are poor. Nobody looks at it like that, though. CW like AM is a heritage mode, it is adhered to out of love rather than necessity, and you cannot have a rational argument about the pros and cons of love. People will continue to sail yachts, ride horses, drive old cars and use boat anchor rigs and heritage modes because people are people, not machines designed for efficiency.

Long live the love of heritage, it is part of being human!

I agree Mike, I think it would be wasteful to not use AM when there is a slot for it in the Bandplan. Like you say there is a lack of activity most of the time, make the most when the band is open.