I had a new chance to activate in the afternoon-evening and I chose Alto do Anxelio EA1/CR-020, which is near La Coruña, capital city of the province with this same name.

It had been raining in the morning and the sky wasn’t looking very promising when I was driving to the target: 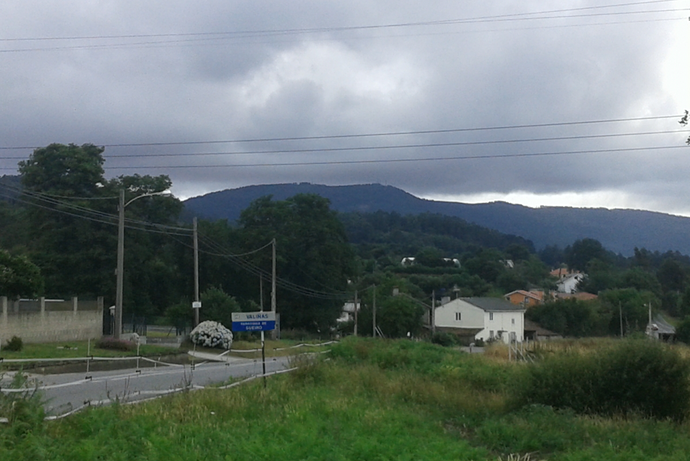 Despite the dark grey clouds above the mountain, I decided to go ahead and try to activate.

With my AWD Ssangyong RODIUS, I managed to drive up to the AZ and parked about 200m away of the summit trig point.

I hiked just the few remaining meters to the trig point and set up very close to it.

This was today’s set-up: 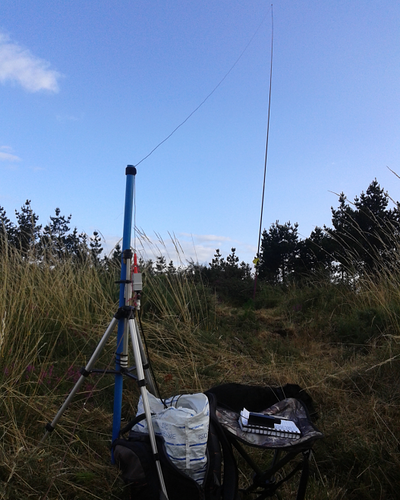 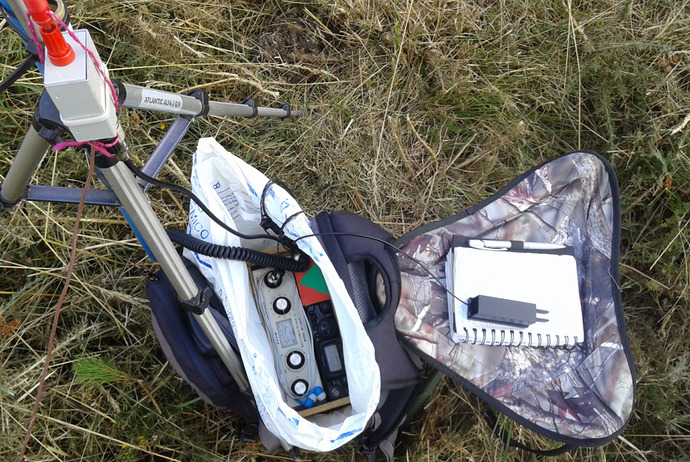 Again the same thing as when I started my previous activation: as soon as I switched my rig ON and tuned on 20m CW, I found an activator in action.

Unlike the previous day, this time I had my notebook and pencil ready, so I called him and we completed our S2S QSO.

I remained on his frequency for a while and he soon announced QRT or QSY (I don’t remember now), so I decided to start CQing on that same frequency. I had a short run of 12 QSOs in 13 minutes, one of which was a DX from the USA with Bob, AC1Z.

When 20m CW dried up, I QSYed to SSB. There, given the good signals both ways, I had a nice brief chat with my first chaser Don, G0RQL and logged 2 more QSOs, one with Karl M3FEH and the other with Pedro EA2CKX. Signals with these last 2 were not as good as with the first one.

My friend Jorge EA2LU had told me through whatsapp that he wasn’t copying me on 20m.

When I selfspotted and started CQing on 30m, I had no chasers and Jorge EA2LU told me on whatsapp that again he wasn’t copying me on 30m.

Since there seemed to be no chasers on 30m and I wasn’t willing to let Jorge wait longer for me, I QSYed to 40m and we finally completed a QSO. Thanks, Jorge!

I kept CQing for about 15 minutes on 40m CW but not a single chaser came after EA2LU.

So I QSYed to try 17m and after a selfspot followed by CQing with result of no chasers at all, I decided to switch into S&P mode.

On S&P I completed QSO with AM625VQ and IK0YVV before going back to 20m CW looking for some other DX with Northamerica.

Then, with no more chasers coming in, I switched mode again into S&P and completed a QSO with EU4U.

A complete scan of the CW segment on 20m band revealed not a single station from Northamerica was coming in, so I QSYed to 15m.

On 15m I could only copy one single station CQing. He was a LU8 from Argentina and I answered several times to his calls but he, unfortunately, wasn’t copying my QRP and kept CQing

It was almost time for me to QRT, but I QSYed back to 17m, where I made S&P again and completed QSO with Emilio EB4IC in Badajoz.

After packing up, I took this picture of the city of La Coruña as it was seen from the summit of Alto do Anxelio. 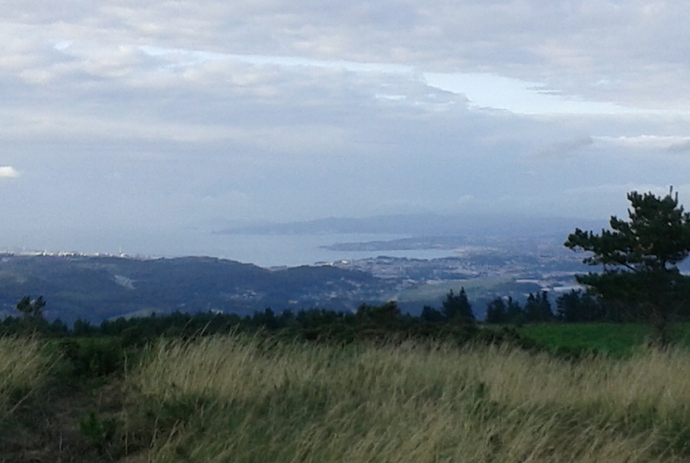 It finally was worthwhile trying because it didn’t rain and I enjoyed another successful activation and a new nice time in the mountain and on the air.