I chose a new unique for today. It’s about 75Km East of my QTH.
Due to family requirements, I had to take my 5 years old son Juan with me and we couldn’t leave until I had dropped my daughter Lucia at the bus station in Pamplona for a trip organised by the School for the kids.
This unique is in the Sierra of Leyre where you can find the Monastry of Leyre, built in the 10th century. It worths very much a visit. 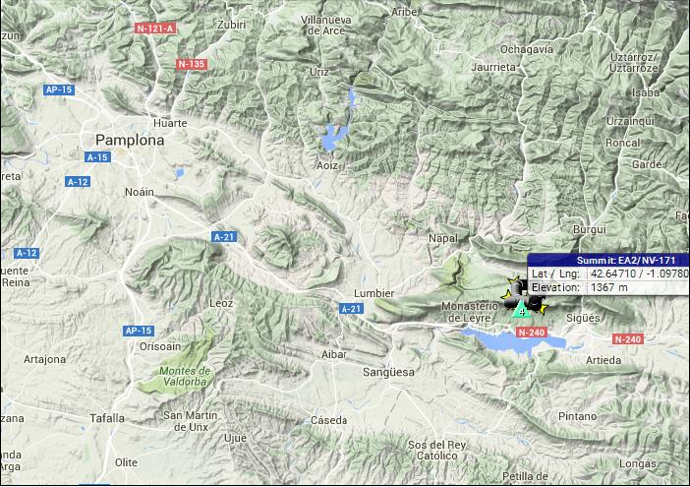 After an unsuccesful search of GPS tracks for reaching this summit, I found out on Mendikat web site that it’s also known as Mt. Las Leras and I finally found a GPS track for Mt. Las Leras on Wikiloc. 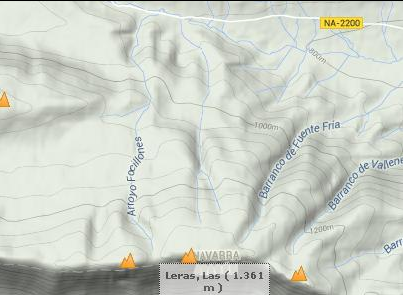 This is the GPS track I found and the red arrows indicate the path we followed from the place I parked my car by the road NA2200. Not seen on the image below but visible on the one above. 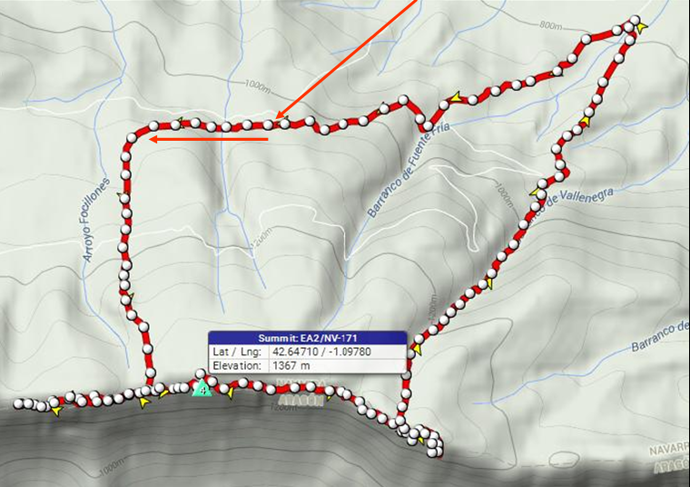 It was quite a long and tough hike and my 5 year old son behaved like a real champion, despite him (poor little boy) arriving to the summit crying and almost exhausted.
In fact we didn’t reach the very summit and we stopped slightly before, but given that my son was so exhausted and we were well in the AZ, I decided to stop and set up.
While I was setting up, my little son eat a veal sandwich and drank some water, which restored some of the lost energy to his little body.
This is the GP antenna seen from the operating position: 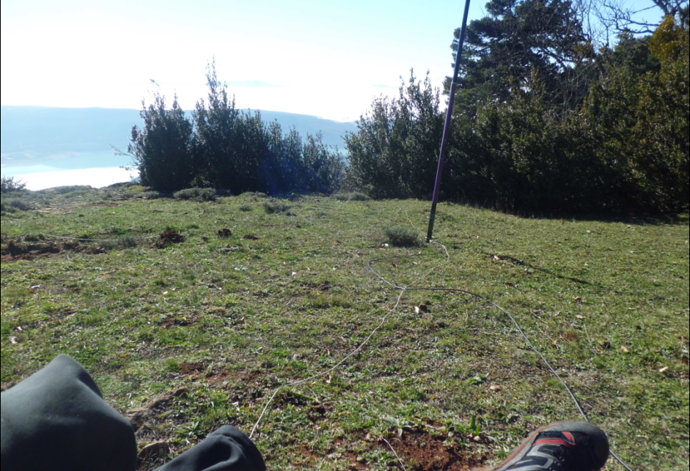 This is a picture of myself while dealing with the pile-up. You may wonder what’s my SOTA hat doing down by my belly below my right arm… 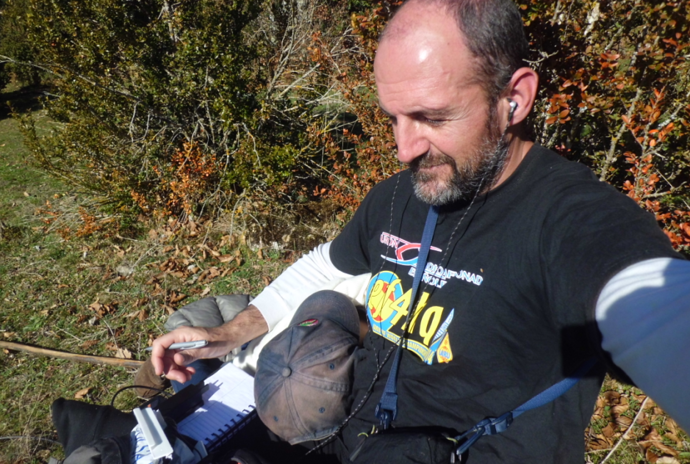 And this is the answer. Little Juan fell asleep close to me after having eaten the veal sandwich. 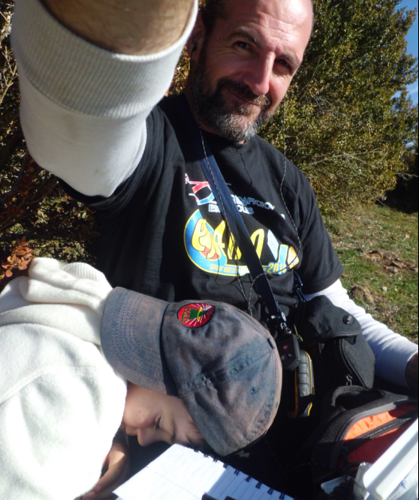 I started on 30m, where I logged 24 QSOs in 21 minutes, one of which was the wished S2S QSO with Ignacio at Mt Orhy F/PO-137.
When the pile up dried up I went to 20m CW and found an activation in progress by an operator called Aage. I never heard him saying his callsign and without phone signal to see the Sotawatch page, I tried to be copied for a S2S contact without success. After several unsuccessfull calls I decided to give up and start CQing on a clear frequency.
This produced a good run of 15 QSOs in 12 minutes, 2 of which were DX with the USA.
After 20m CW I went to 10m CW and just 2 QSOs were made with Jorge EA2LU and Manuel EA2DT. Some more CQ calls didn’t produce any call so I QSYed to 12m CW, where again I had zero replies after several CQ calls.
The reason for this possibly was that I had lost phone signal and the selfspots might have not been raised. Perhaps it was that conditions were not good at such high frequencies. Who knows…
Finally I returned to 30m CW and 4 more QSOs were logged.
At this time, my son had already been sleeping for a good while and I thought it was time for him to wake up, so I QSYed to 20m SSB and started CQing.
I called several times on 14.300 but nobody replayed, so I finally decided to QRT given that my son had just woken up with the help of my voice CQing. 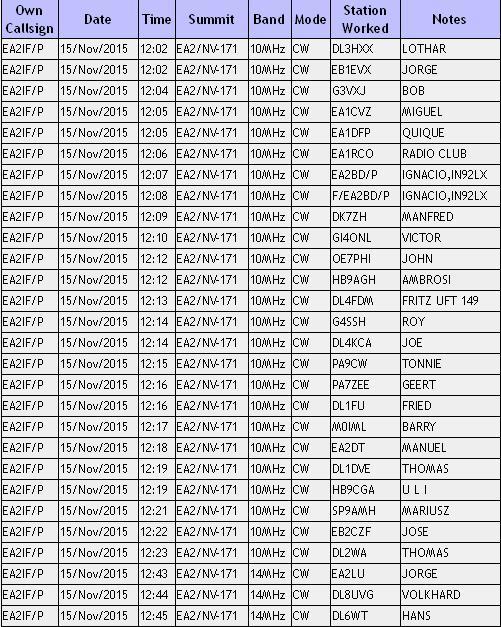 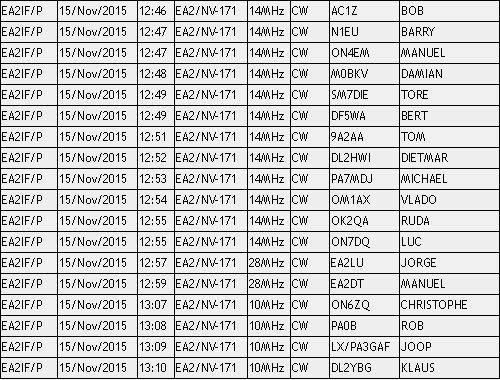 Before leaving I took this picture of the operating place. 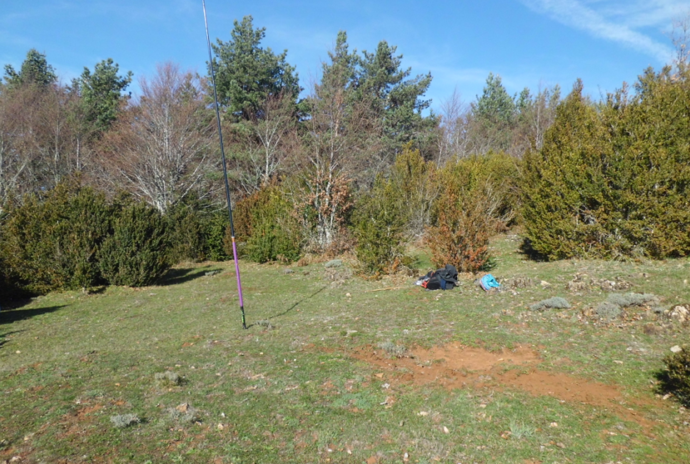 And these other ones of the great views we had from that place. Down in the valleys towards the West they had the fog all day long while we enjoyed a great sunny day in the mountain. 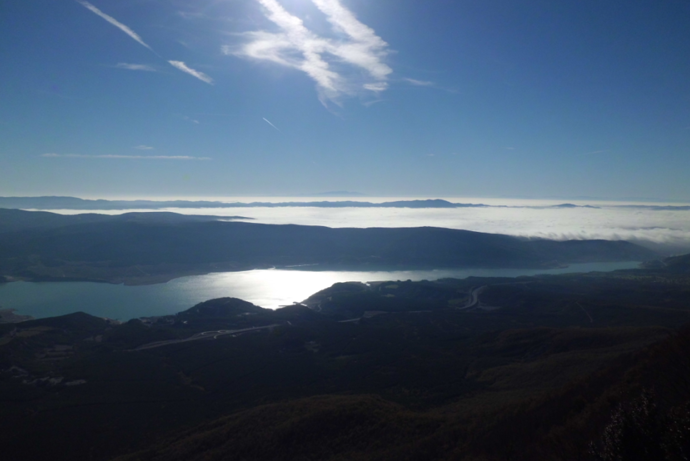 There was not any fog to the East. 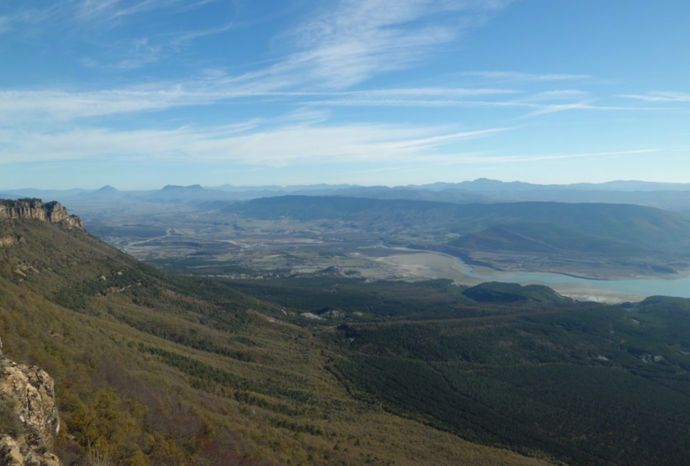 Once in the car and driving back home, when approaching the little village of Bigüezal, I couldn’t resist stopping my car for a short while to take this picture. 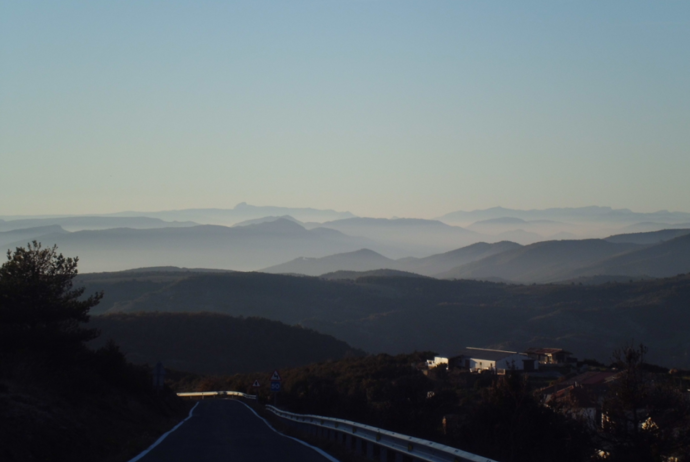 Another nice day out in the mountains and on the air.
It was very nice for me to give you this new unique.
I’ll be looking forward to copying you all again soon from any other summit.
Have a nice week.
73 de Guru

I have just resoldered the joint between the faston connector and the coax braid, so everything is ready for the next activation, although I’ve been told that weather might not play ball this weekend. Let’s keep hope and we’ll see…
Best 73 de Guru