All weathers in a day

When I read that Andy G6PJZ was intending activating my local three hills, I invited myself to join him. Thankfully Andy was happy with this. It would be a relatively late start with Andy making a long drive after activating Normanby Top G/TW-005 during the morning. 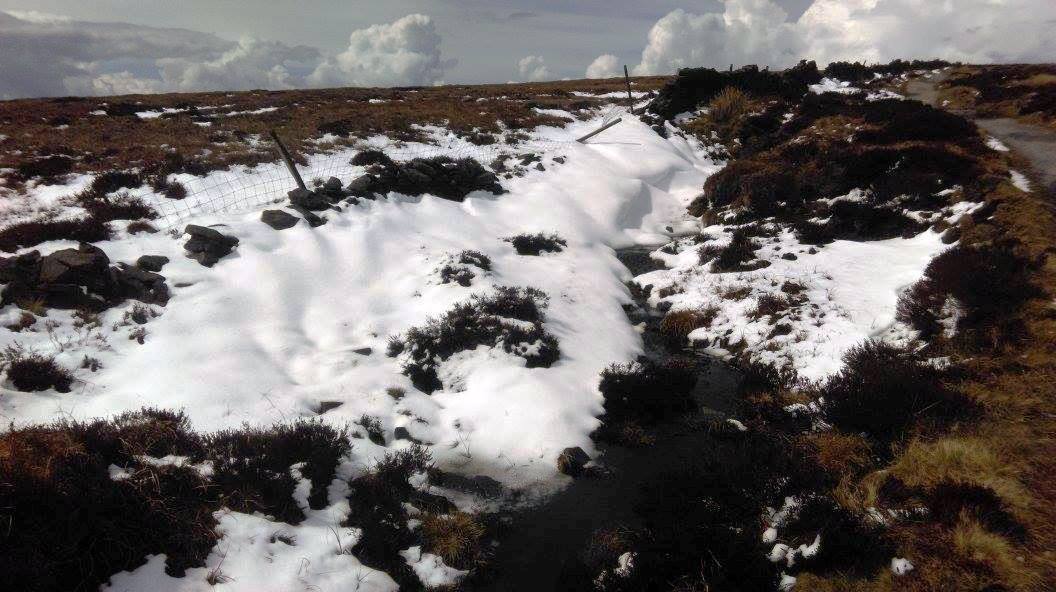 The morning of Saturday 30th April 2016 did not look promising here in Macclesfield, particularly when the din of the intense hail clattering the roof of the conservatory was drowning out the thunder! I had to leg it 10 feet from my front door to my car in that hail, which turned to snow as I drove up the Buxton road. 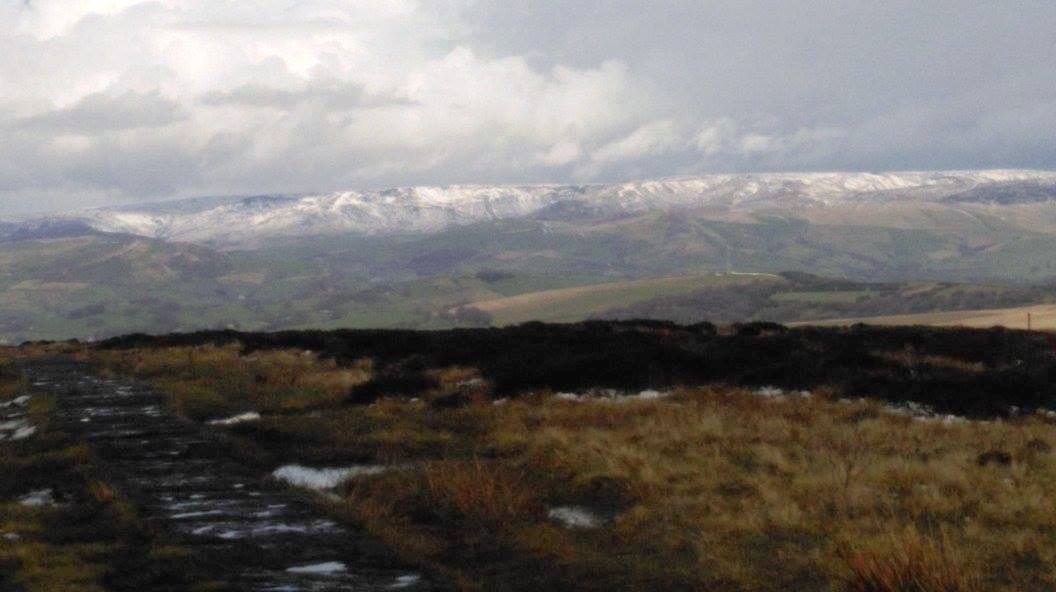 I parked initially at the Cat & Fiddle to try and establish 2m contact with Andy. No joy with that, so I retreated to park at the usual spot at the start of the track. I waited another half hour or so, then decided to start my walk as the weather abated. As I walked around the corner above the tearooms, several significant patches of snow began to appear on the sides of the path. May Day bank holiday weekend, right? 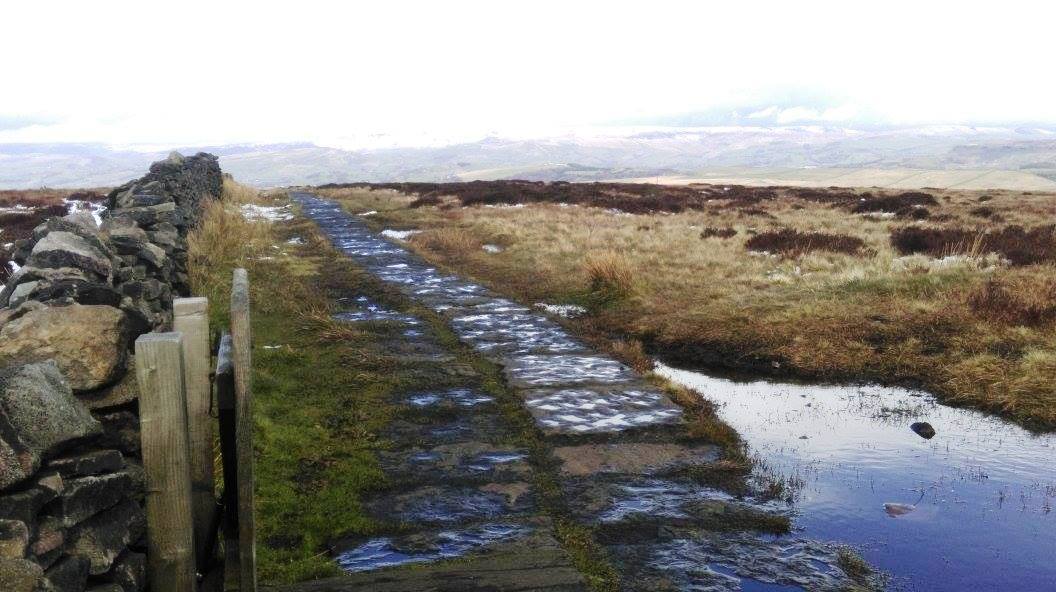 I made it to the summit of Shining Tor G/SP-004, and there was still no sign or sound of Andy. I set up the end-fed wire antenna with Micro Z tuner, and operated on the HB1B, just on 30m CW. 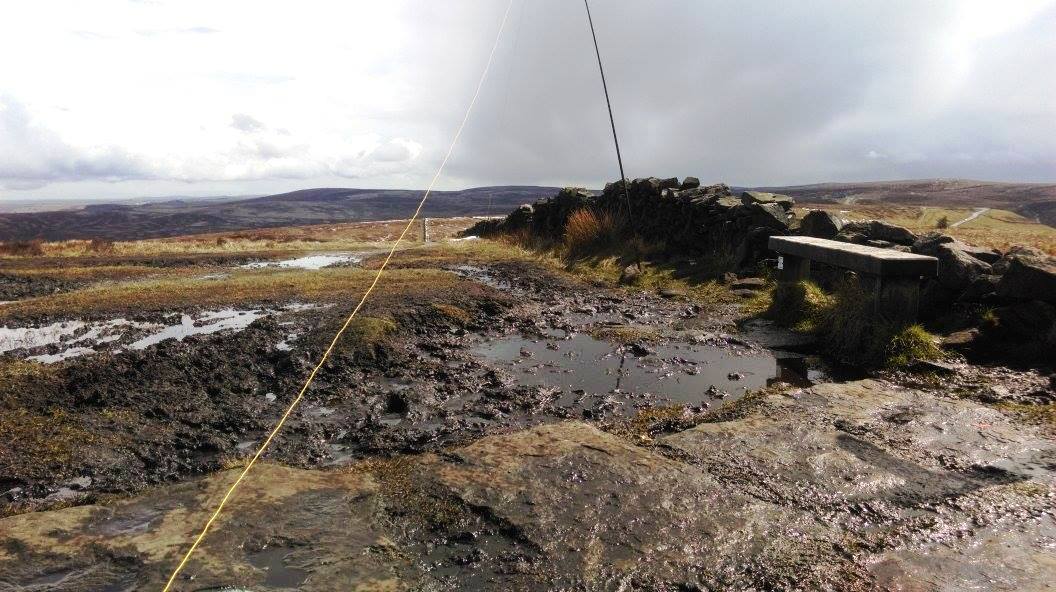 I made only two contacts before a period of light hail was following by what appeared to be a bit of static from the end of the antenna. End of HF part of the activation! I grabbed what I could to insulate myself as I quickly disconnected. 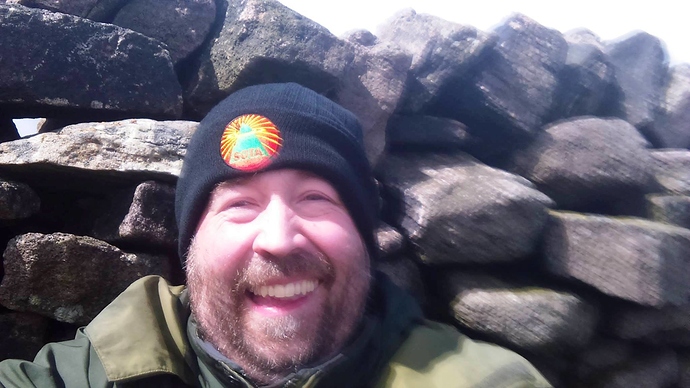 With most of my stuff packed back away, I operated simply using the 2m HT. One of the first calls was G6PJZ/P who was now ascending, but well out of the AZ. S2S points came through courtesy of Viki M6BWA/P on Callow Hill G/WB-015. 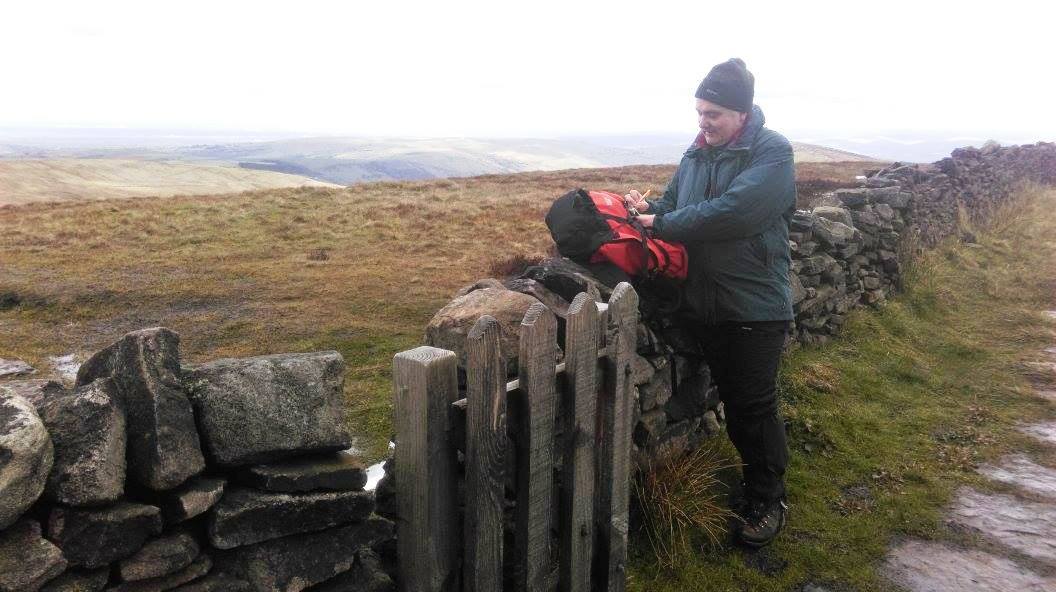 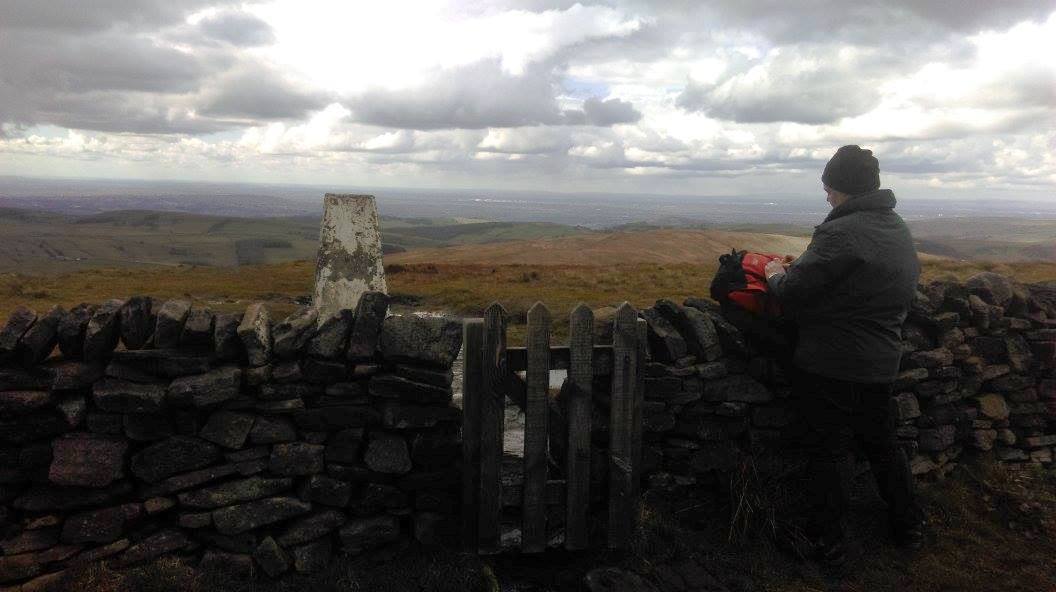 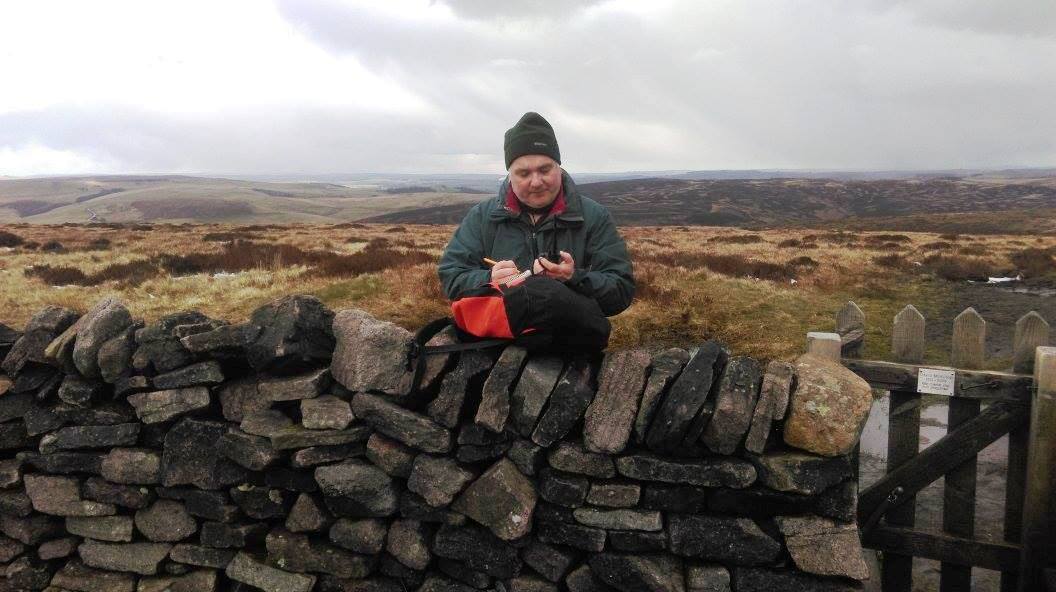 Andy and I then chatted on 2m FM as we drove over to the parking spot for Gun G/SP-013. I was surprised that my SatNav app took me down the A53 Leek road and back up through Meerbrook rather than my usual route through the Macclesfield Forest, but there you go, I must have been taking longer than I needed all these years! 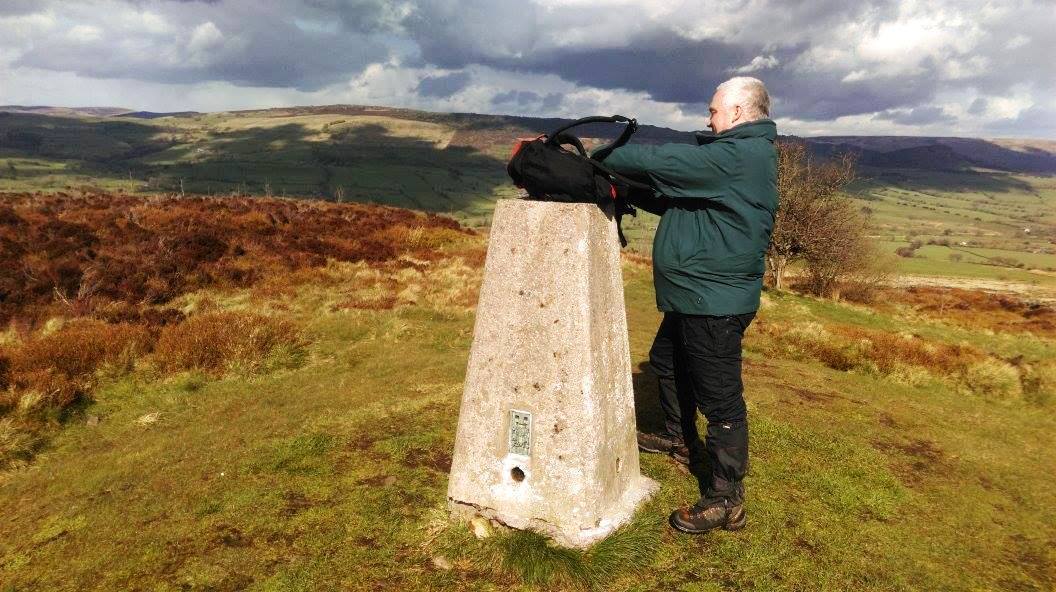 I didn’t need the points from Gun, so left Andy to get his four on 2m FM. This was to be a quick “no setting up” HT type activation for us both. I grabbed 2 contacts just before descending, one each on 2m FM and 70cm FM. 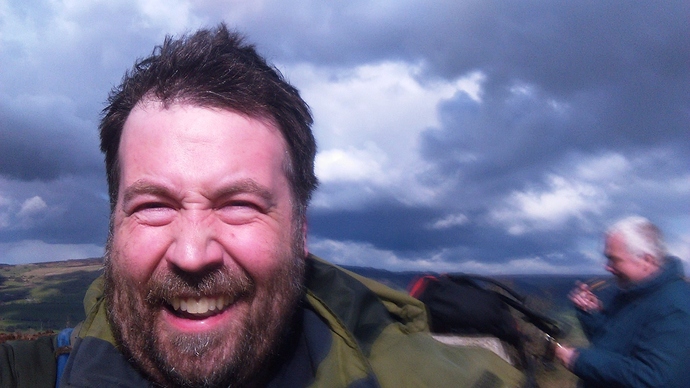 Next was the quick 10 minute drive across the Dane Valley to The Cloud G/SP-015. It was busy at the parking spot with just one space available, but then someone was just leaving to create a second spot. By now the weather couldn’t have been more different to earlier. It was warm and sunny. I reluctantly put my coat on, simply because it was only an 8 minute walk and that was easier than packing it in my rucksack and back out again at the summit!

We were now well ahead of Andy’s schedule for him to commence his return drive to the North East, so we both set up proper antennas on Cloud summit. Andy used his SOTAbeams MFD for more 2m FM work, while I went again with the end-fed for more HF. With a busy contest in full swing on 40m, I used just 30m CW and made four QSOs. It really wasn’t great on HF at all! 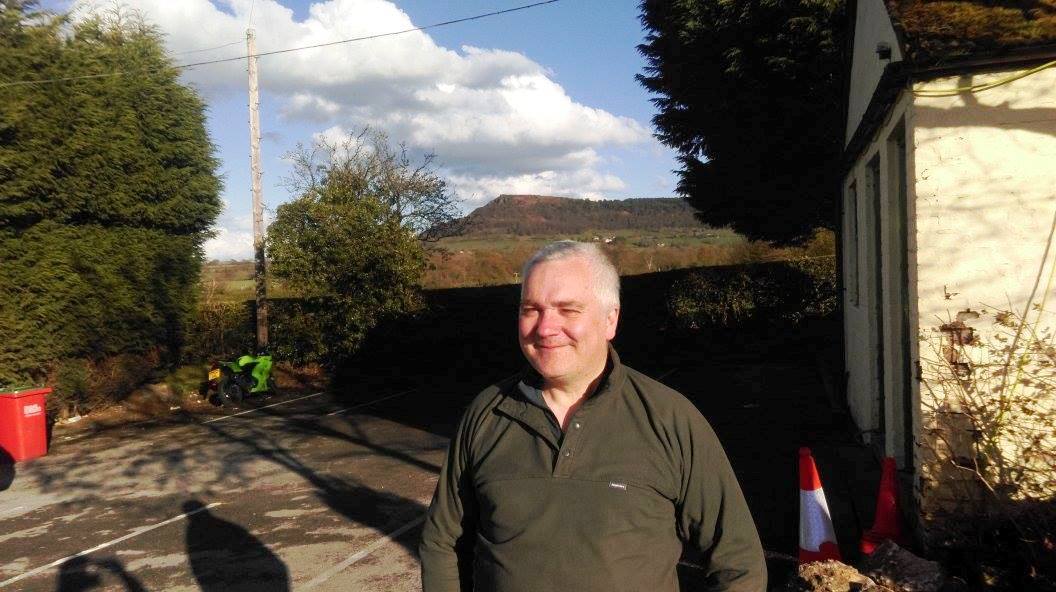 Andy reappeared and ready to descend, so I quickly packed up and joined him. We then dropped into the nearby Robin Hood pub on the A54 for a couple of drinks. I was very impressed with the Boon Doggle ale on offer - a perfectly refreshing pale ale for the late sunny afternoon. 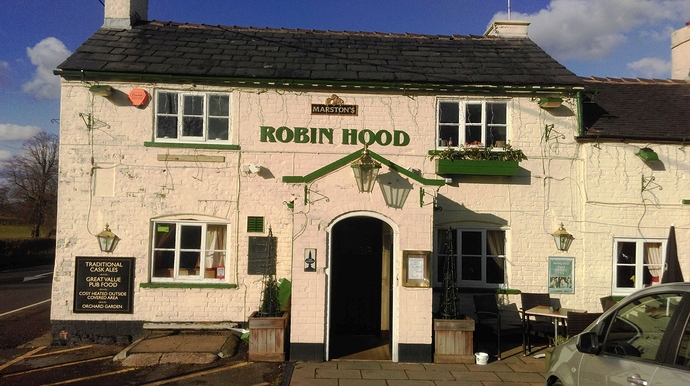 Now it was time to part company with us heading in different directions on the A54 out of the pub. It had been a really enjoyable day, and another friendship formed via the vehicle of SOTA! Back to Macclesfield, a quick shower and change, then I was up the local with Jimmy M0HGY and Liam playing pool and drinking more beer, before adjourning to the Weston Balti Raj for a brilliant Saturday night nosh. 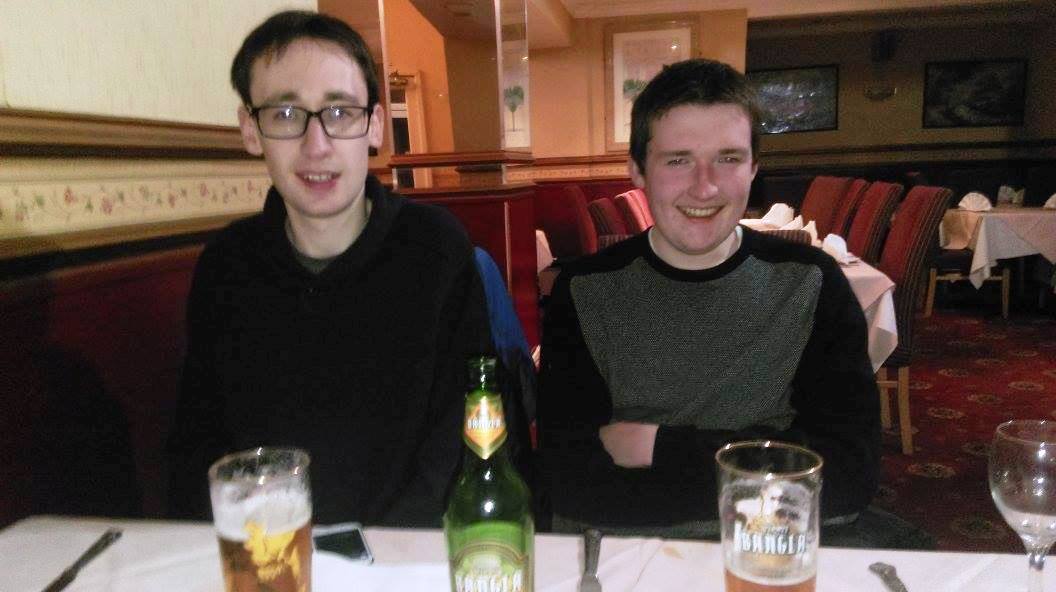 Home again for Match of the Day, and bed!

Thanks for your company Tom - 4 SOTA activations, 3 S2S, 2 completes and completed TW. And, as you said, all weathers.

A very enjoyable day - though more driving than walking

Cheers Andy, great to meet you and very much enjoyed your company around my local SOTA summits - and in the pub! Trust your long drive home went OK.