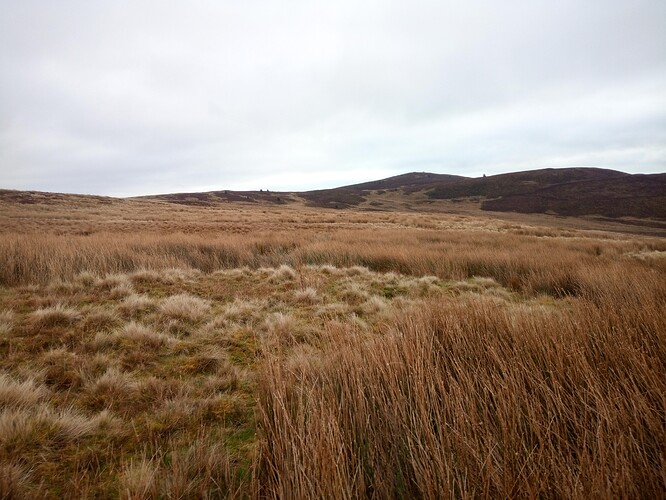 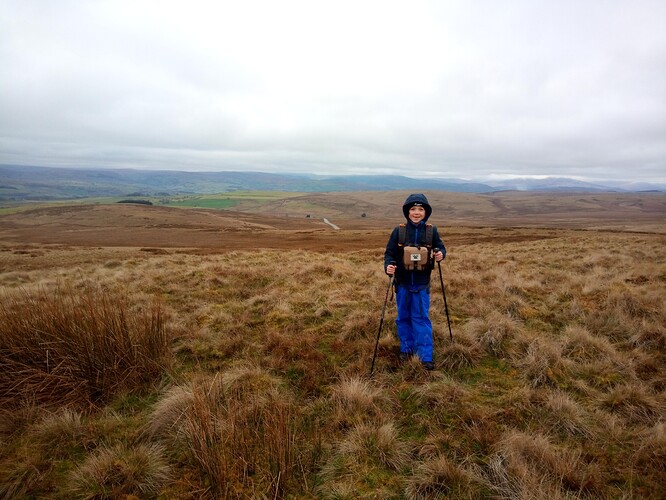 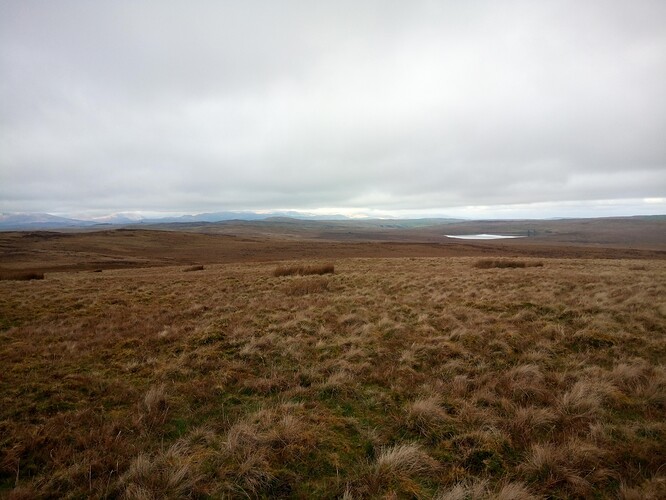 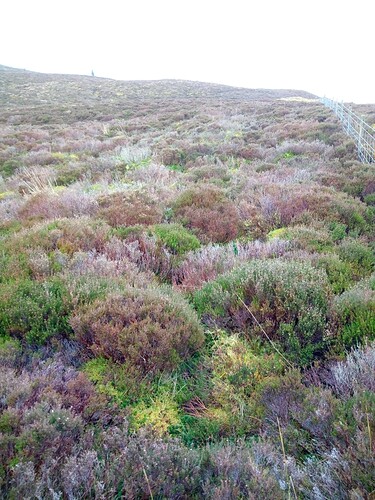 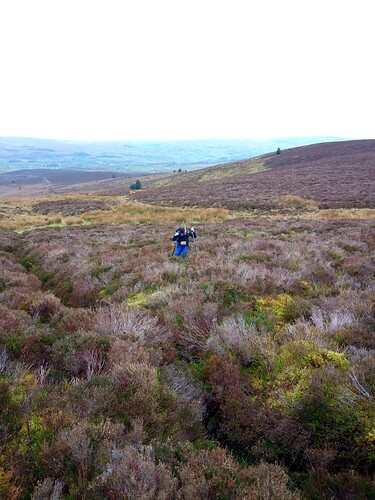 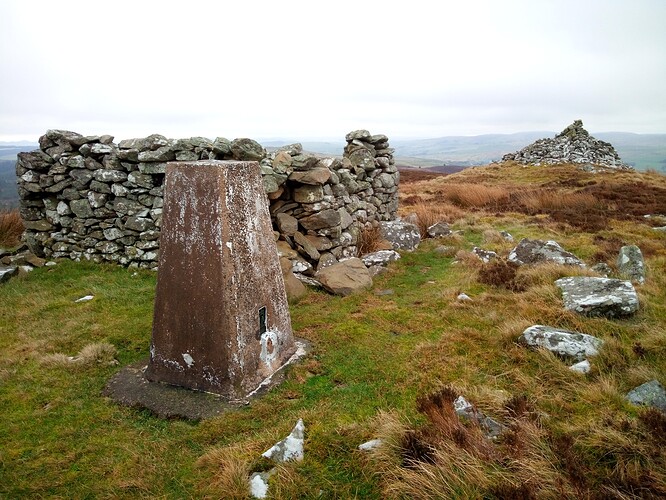 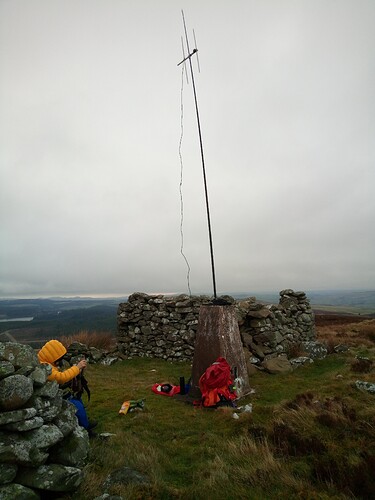 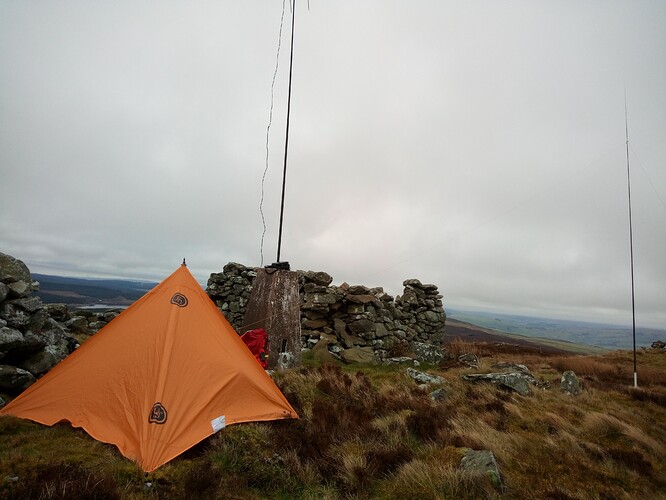 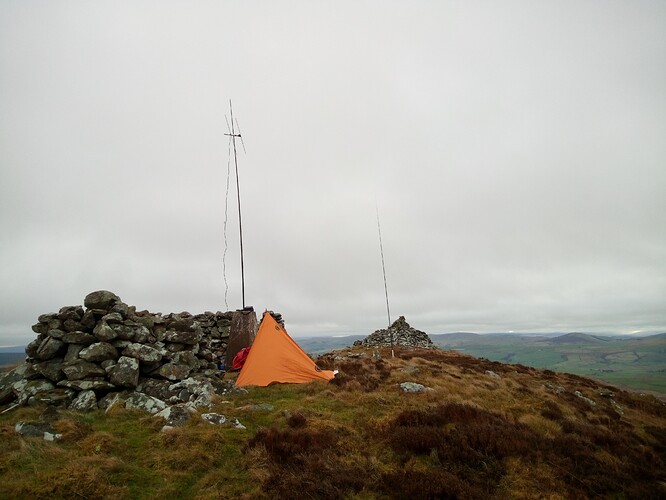 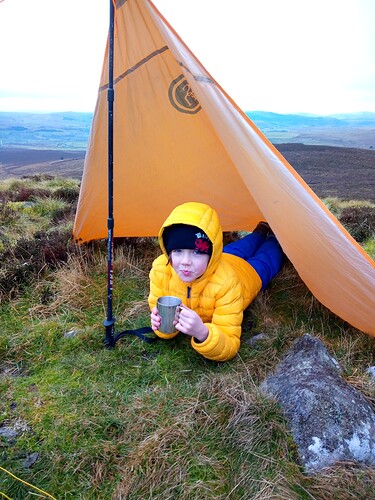 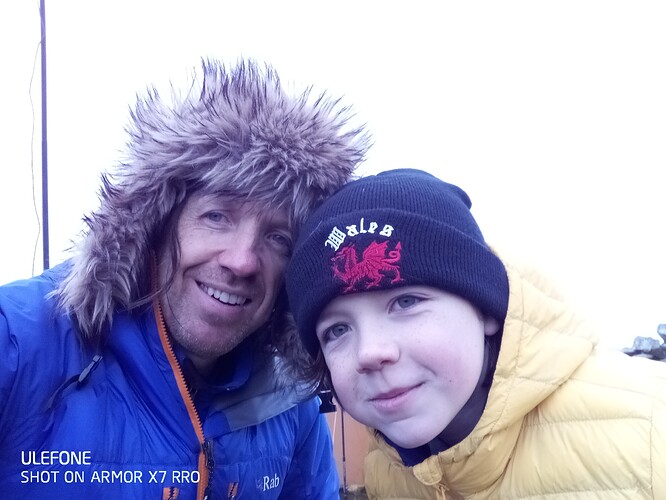 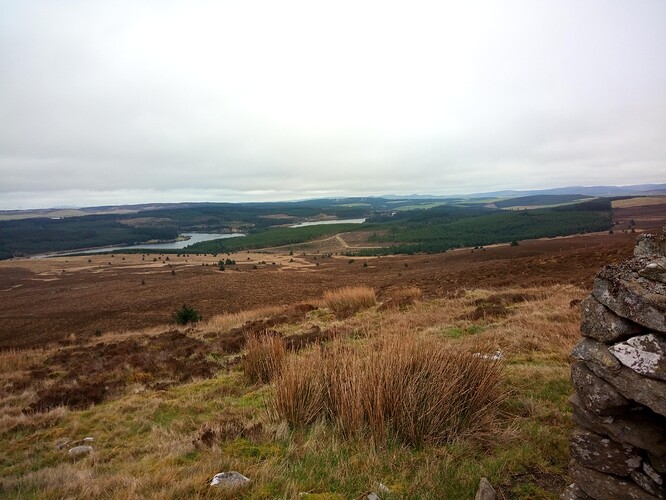 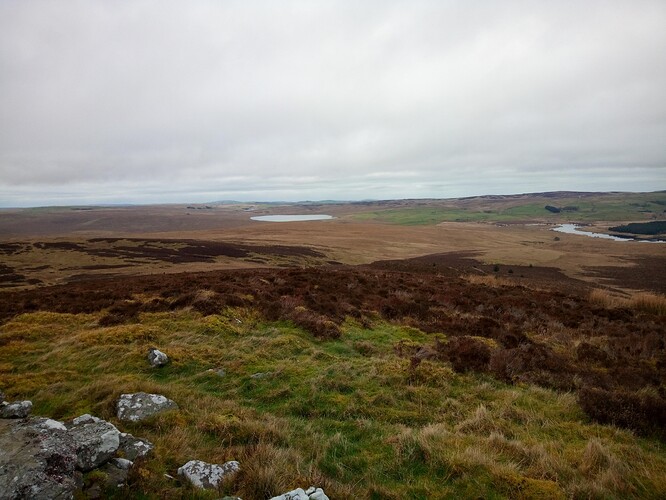 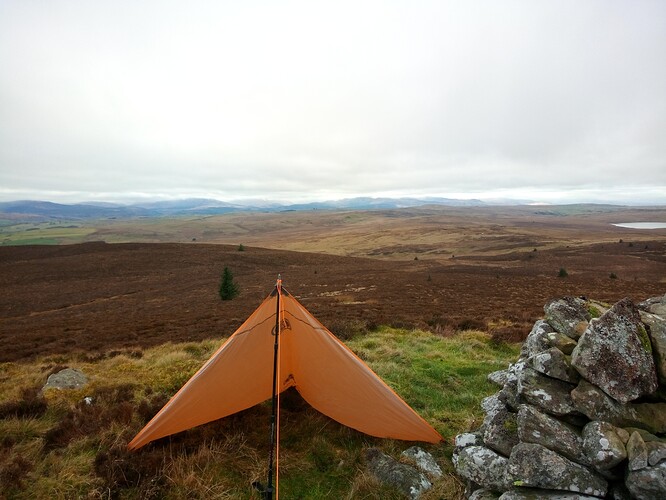 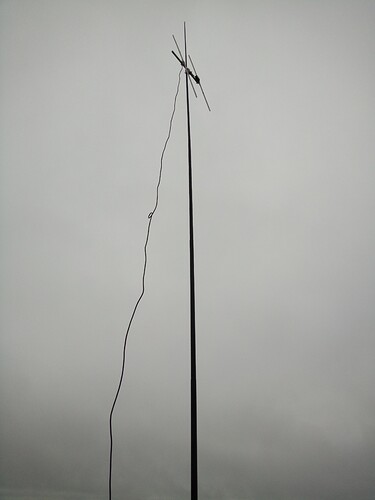 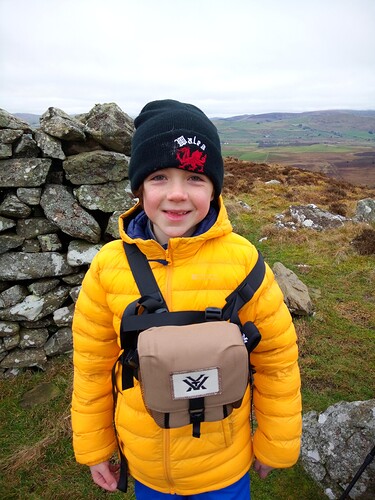 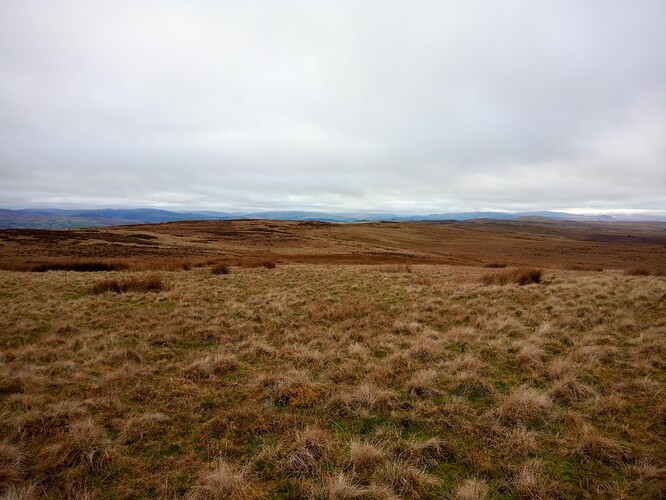 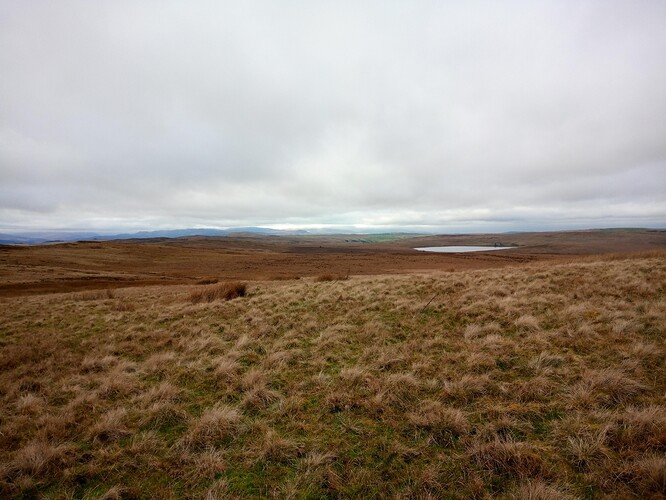 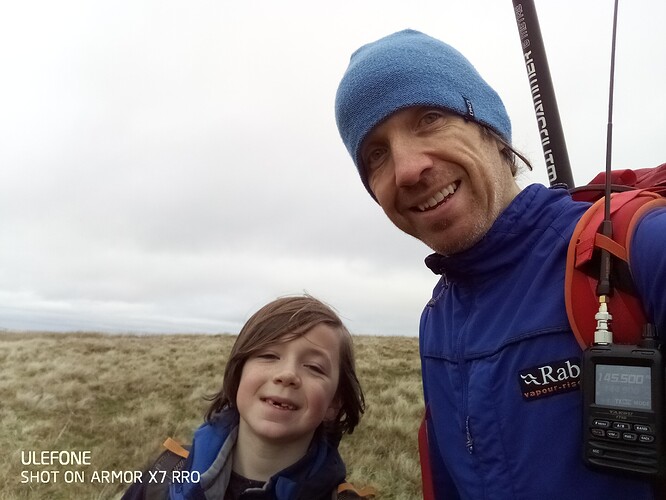 It was a Dad and number one lad day today, whilst number 2 lad went off for swimming with the XYL. What better than a cheeky little 2 pointer, only 30 mins from the QTH!
Arrived at the parking space a little later than anticipated, so thought I’d adjust my alert to the new summit time. First mistake couldn’t find it, then realised I’d put the wrong date on the alert. Second mistake didn’t charge the phone, 18% battery, oh dear!
Anyway, I always have a contingency, for the safety aspects, map and compass, plus the Garmin watch, but no back up camera so hopefully the batt would last (It did

(Finn “Dad, what if the phone batt runs out and there’s an emergency?” Dad “Don’t worry son we have ‘lots’ of radio’s! )
Finn and I set off over the locked gate and up the short-lived track, into 3 clicks of thick heather and boggy ground. I followed the route off Sota mapping by Simon G4TJC, it’s a bit of a dog leg route, don’t be tempted to stray off it and take a direct line to the summit, you’ll regret it, we did later!
Whist on route the radio cracked and hissed into life and a few QSO’s were made with other activators, that were out and about. Finn was educated on not stepping on the really green moss, or into any of the dark black holes! Didn’t want to explain I’d lost number one son to the XYL, although a cover story was at the ready, in case!

The heather got thicker and thicker and the ankle snapping baby heads bigger and bigger, giving me flash backs of being back on exercise, running section attacks… dash, down, crawl, observe sight fire, whilst lying in a bog!
We arrived on site and set the station up. Managing 17 ITL, with a mix of 2m and 20m QSO’s. Really enjoyed getting on HF, as it was fast and furious, really concentrating the mind, getting used to all the different accents and callsigns, I’ve yet to learn well.
Had a good few ragchews as well, with IOIO MW7IOL/P and Shane G6WGS/P who were on different Summits. We discussed the difference wx today, than when we S2S’d the day before. Shane and I discussed the worst bog trotting walks into activations, although I think Shane won that one though, with his description of some of his Irish first Sota ascents/activations. =:-0
Time was getting on, so Finn and I headed back to the car, I decided to eyeball a straight line to the car and not follow Simons route. 20 yards in I regretted my decision as I disappeared through a heather bog cap into the bog. Dusting myself down and re-composing myself as the ‘experienced’ mountaineer, hoping there were no witnesses, I looked round to missing Finn, luckily there’s a good reason I bought him bright yellow jacket, it shows up will in black bogs!

Hardly his fault though as I had told him to step where I step as we bog trotted along the route. With Finn dusted off and bribed with numerous Jelly babies (although not the red or black one’s as their my favourites!) and the promise of a subway sandwich, we headed back to Simon’s track and the car, mum’s being the word!

All in all, a good day

not stepping on the really green moss, or into any of the dark black holes!

Ha ha… you tend to learn quite quickly!

we headed back to Simon’s track

Simon says… “stick to my track”

There’s a nice, but MUCH longer route from Llyn Alwen.

I won’t be back there till, I can claim the winter bonus again, there’s 8 pointers I can walk in the same time lol

… don’t be tempted to stray off it and take a direct line to the summit, you’ll regret it, we did later!

Just hearing or reading the name Mwdwl-eithin brings back the memory of being tempted to stray off the prescribed dog-leg route, even now 15 years after I walked it. Fortunately I resisted having been forewarned!

Yes don’t do it Gerald! lol