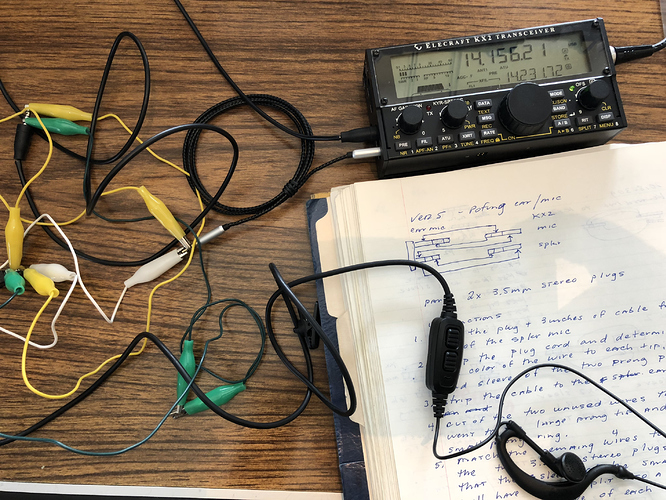 Ever in search of a cheap and light weight microphone solution for the KX2, I have adapted and tested a common two prong speaker mic as well as an earbud mic. They work great, get good audio reports, have PTT and the earbud/mic only weighs about 1.5 oz.

Hi walt,
Great job! But I would call wgat you used a “hands free mic and earbud” not a speaker mIc - I understand a speaker mic to look like this: which is probably larger and heavier than the Elecraft microphone!

Ed, thanks for the comments, but you’re wrong on both points. If you follow the link, I explain why I chose the earbud/mic for my final build, but the wiring diagram and assembly applies equally whether you use a speaker mic or earbud mic for the project. Moreover, the speaker mic in your photo is significantly smaller and, at about 80 grams, lighter than the Elecraft mic and would be a good choice if you are willing to use the rig speaker or plug earbuds into the jack on the bottom of the speaker mic. The Elecraft mic, though much larger, doesn’t have a speaker, so for those seeking a lightweight alternative, the speaker mic could be attractive even if the speaker component isn’t used. As I state in the article, the headphone output on the KX doesn’t quite have enough output for me through the speaker mic, but your mileage may vary. Again, the plan is for adaptation of a speaker mic or anything that has two pins.

I’ve adapted a Heil headset for Kenwood HT (2 prong) to my KX2, I love it.

Thanks for the clarification Walt, that your solution will work for either the Speaker/Mic unit often bought extra to a HT or the “earbud / microphone” which normally comes included with the HT.

Anything we can do to reduce weight while retaining acceptable audio quality is a plus when climbing summits.

Amen, Ed, Colorado’s steep slopes and high altitudes have made some of us a bit fanatical about weight. Shaving ounces becomes a fun challenge. 73

The Heil sounds like a great solution. Since there are a lot of mics out there with two pins and a paltry few compatible with the Elecraft, it makes sense to adapt some of them to field use - especially since the Elecraft mic is way too big, about half the size of the KX2!

As you said volume is an issue from the KX2/3, I wonder what the earpiece impedance is and what the output of the KX2/3 expects. Perhaps some matching will help to get the audio level up a little?

While I’m an almost CW only operator (99.99% of the time) I bought a cheap 4 pin to stereo adapter and use a phone earbud (iphone, samsung, you name it).
I used this for AM contacts (KX’s AM modulation is very good) or FM (kx-3 transverter)

This headset coupler adapter is only a medium between your device and headset, it features one 3.5mm Female and two 3.5mm Male connectors, enabling you to connect a 4-position Combi Headset Mic with Audio and microphone Ports in your PC or Laptop. |...

Hi Pedro. That’s exactly the same setup I have been using previously. Works fine for me, too. I actually have a writeup on it on my blog w0cp.com, if anyone wants more info. The only downside I found is that I have to use the xmit button on the radio, since the phone earbuds don’t have PTT. PTT is really why I developed this solution. I often have new activators or friends along with me and I watched them struggle with the Xmit button. Having PTT on the mic is a convenience, but your solution works well, too. 73, Walt

You can use amplified speakers, like the Chill Pill ($7). 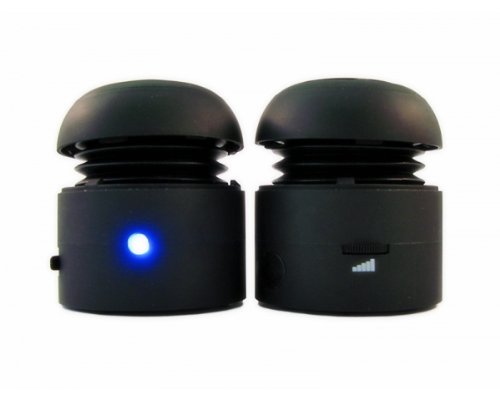 The highly-reviewed Chill Pill Mobile Speakers are the perfect accessory for iPhone, iPod, MP3 player or Mac or PC. With out sized sound and a rugged design, Chill Pill Speakers will become an essenti ...

Speakers for my Elecraft KX3

Want speakers for your rig? No need to wait. For about the cost of a tank of gas, you could be sitting back and enjoying armchair copy. The internal speaker in my KX3 is good but not great, plus th…

I guess the KX2 could be modified to put the speaker output on the “phones” jack or some such trick. The speaker wires are in my face every time I recharge the battery. I may do that one of these days. I really like the idea of using an HT speaker mic with the KX2. It just seems to be the right size for that rig and it gets the speaker up close so you can hear it (instead of underneath the radio). 73

One nice feature of the FT-817 is that you are able to switch the jack between speaker and earphone output, I haven’t seen that on other rigs (I’m sure some will have it but I’ve only seen it on the 817). It’d be a nice mod for the KX2/3.

The only downside I found is that I have to use the xmit button on the radio, since the phone earbuds don’t have PTT. PTT is really why I developed this solution. I often have new activators or friends along with me and I watched them struggle with the Xmit button. Having PTT on the mic is a convenience, but your solution works well, too. 73, Walt

A standard stereo to mono splitter will break out the PTT from the microphone. It can also give cleaner mic audio because it splits the noisy logic bias off from the clean mic bias. I wrote that up here: 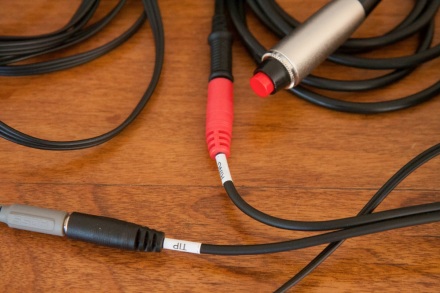 With a $6 cable, you can get cleaner microphone audio from your CM500 headset and add a jack for a PTT switch.

Hi Walt
Thank you for your reply.

Your are absolutely right!
The very few times I use voice on the KX-2 or the KX-3, a PTT on the mic was considered a very useful feature.
After some time, on the KX-3, I used a small pressure switch and a 2.5mm plugged to ACC2 (set to LO=PTT). FB!