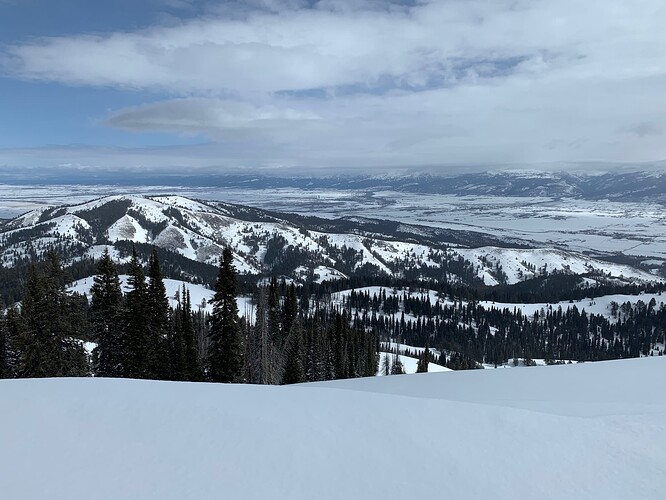 There are two prominent peaks that I can see from my back porch in Teton Valley Idaho: Red Mountain and Henderson Peak. I activated W7I/ER-066, Henderson, last summer, but when I did, I thought it would be more fun to activate it in the winter when I could ski up and down the peak on the long ridge that faces east. 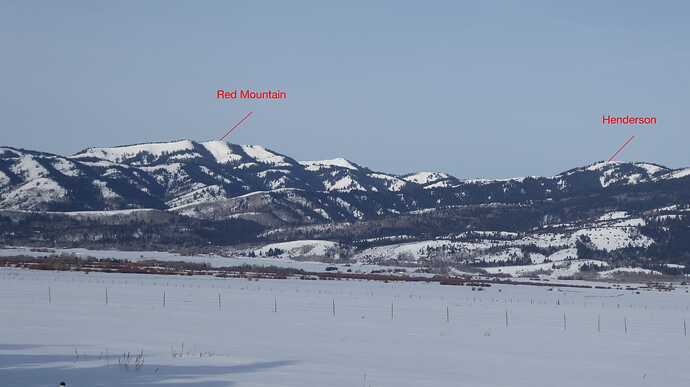 The previous week I attempted Red Mountain but failed due to terrible snow conditions. This week I decided to try for a slightly easier summit: W7I/ER-066: 3.1 miles and 2151’ gain to the summit.

The trick with a lot of Idaho peaks in the winter is to gain a ridge and follow that to the summit. The ridges are usually sparsely vegetated, and if you stay on the ridge crest it is fairly flat from side to side, which makes skinning up on skis much easier. Below the ridges, you often find tangles of bushes and tight small trees, and on south sides, a hard crust that makes skiing up difficult and exhausting. 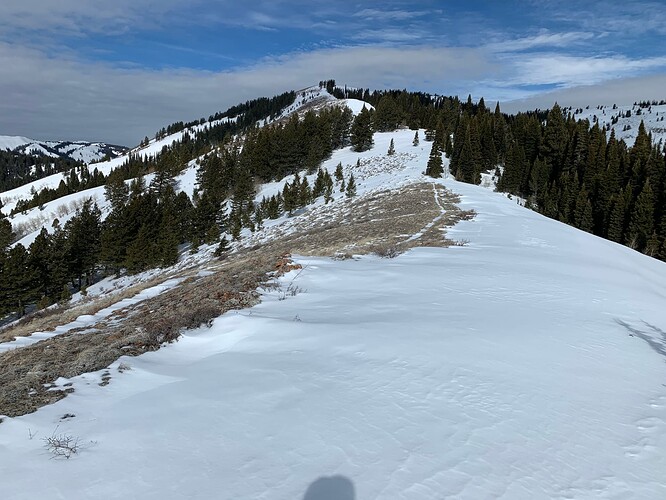 I planned my route to gain the ridge about 350’ from the trailhead. Once I gained the ridge, it was pretty easy going, other than climbing the remaining 2000’. On the summit, the wind was blowing 25mph and temps of around 30 degrees F. I used the summit cairn to build a support for my mast and then guyed it with 2 lines: it help up in the high wind for the hour and twenty minutes that I operated. 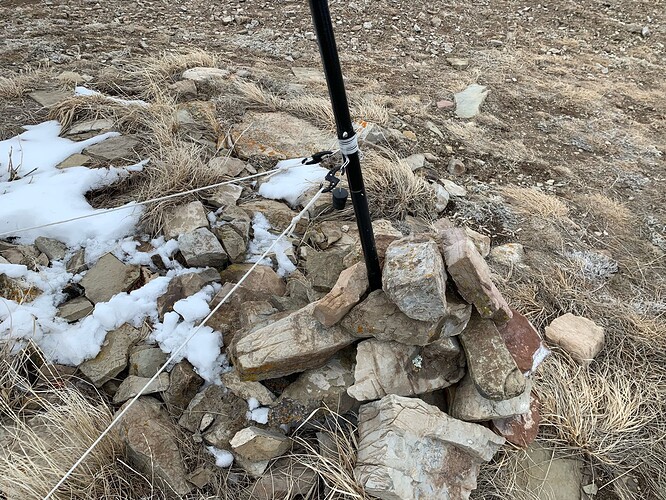 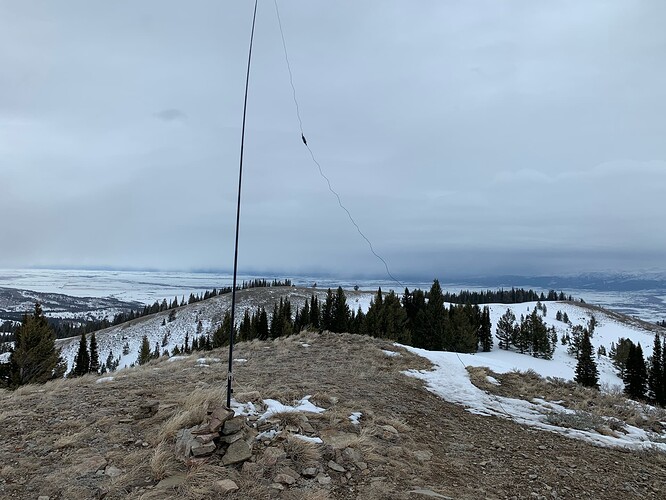 I made 39 QSOs and one to Spain and one to France. On my four other winter activations, cold fingers were a limiting factor; I’d have to QRT after 30 minutes because my fingers were numb.

I have bad circulation in my fingers and on a summit they become too numb to work my paddle or write down call signs. Bothy Bag to the rescue. I ordered a two person Bothy Bag (an emergency shelter that deploys in seconds) and used it for the first time on this summit. Me AND my fingers were very warm for the whole activation. As someone warned me, the Bothy Bag is very noisy in the wind. As a result, I apologize to the chasers as I had to ask for repeats many times because the wind interfered with my copy. 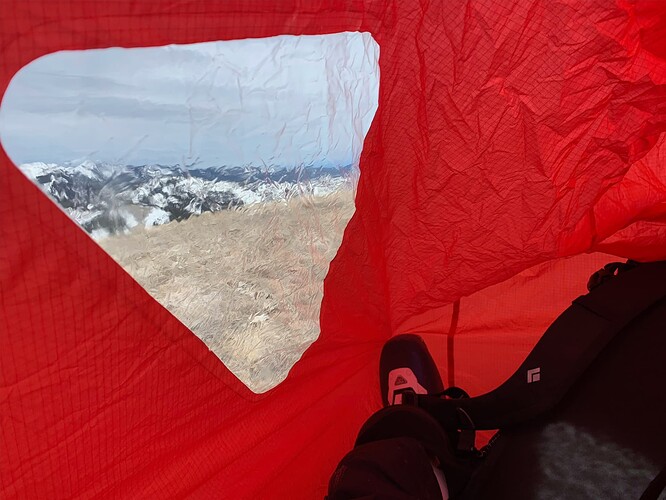 On each summit I learn something that helps make it easier to operate on my next summit. On Henderson, I learned that I need to get a pair of ear buds with the soft rubber seal that helps block out external noice. I was using old plastic Apple ear buds and they do little to block outside noise. I ordered them as soon as I got home. Will let you know how they work.

Hey, Pat, I get chills just looking at the pictures! Had to go get
a cup of coffee to warm up! Good work and more power to ya!
73,
John, K6YK

John, good to hear from you and thanks for all the help with activations. I see in my log that I’ve had 17 SOTA QSOs with you. I appreciate the support. BTW: I looked at your QRZ page again. You have a nice collection of vintage gear. 73 and enjoy the coffee