So, you’ll have seen some notes in the OARC Activity Day thread, but here’s the story of my day.

I set out a bit earlier than planned and Scald Law from the A702 side near the car park outside Penicuik is quite an easy ascent. Maybe 45-60 mins. My wife dropped me off and I set off around 10am. 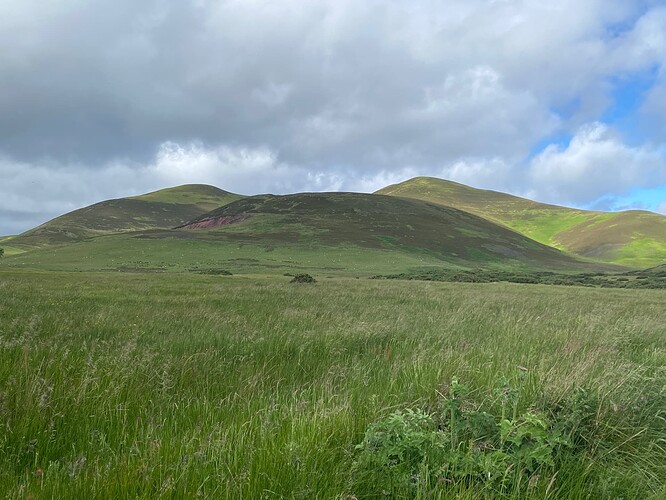 Unfortunately what I hadn’t factored in was the wind. Speeds that were around 20 mph gusts in the forecast yesterday night had risen to 35 mph when i checked this morning. So I knew there was a chance when I got up there that I’d be doing a 2m HT + ducky activation, and so it came to pass. No Slim Jim, no HF, no netting with my buddies. My pole has no guy lines, just a stake only. As I went higher it got worse and worse. 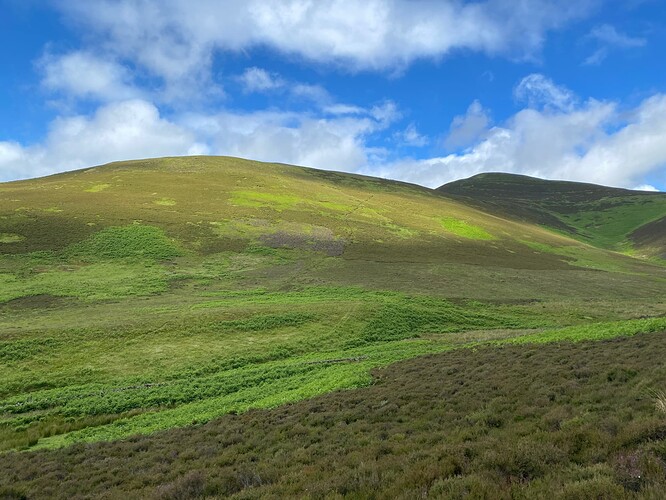 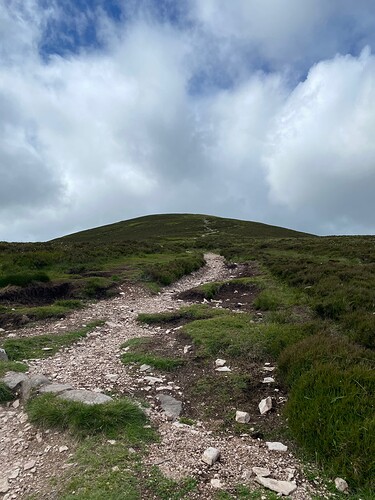 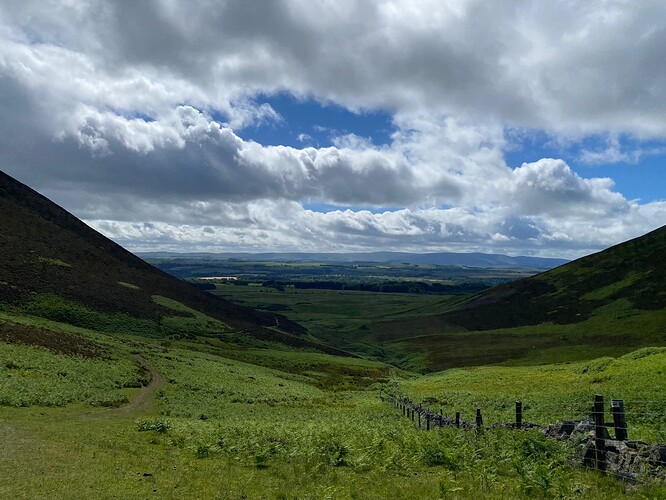 So I was up there around 11am local, an hour earlier than my alert. No bother, I thought, I’ll do some testing and get some early QSOs in. And hopefully I’ll get enough locally to get the 2 points. Then I could have my fun later. 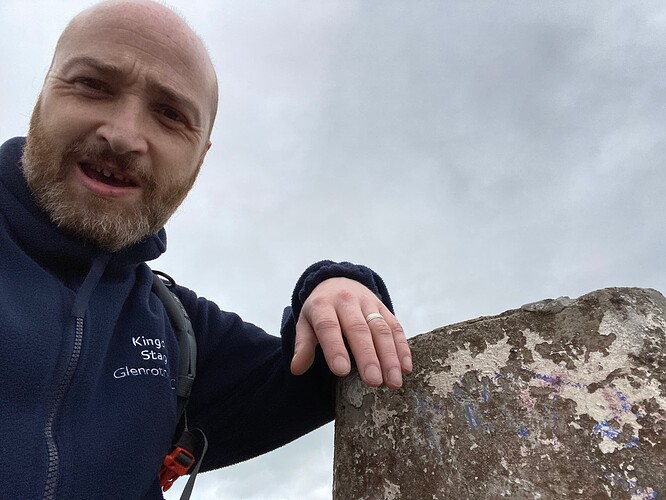 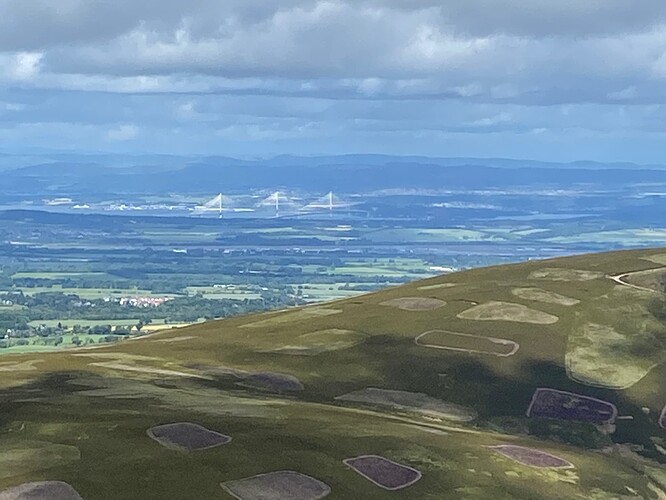 This, luckily, was quite easily overcome in the urban environment of the Central Belt. Ken and Christine back in Edinburgh for two easy contacts, someone out towards Glasgow, and two people in Kirkcaldy. Hill activated. Sandwiches eaten. Back off the top in 30 minutes.

Coming down was where my problems occurred. I managed to link up with an OARC colleague through DMR Brandmeister Scot Wide up in Orkney, but as expected when I got lower I lost the signal to my local repeater. While fiddling with the HT I made my error: a slight mis-step down a fairly pebbled and rocky section of path put my balance off and with my head down looking at the 868 display I just didn’t have a chance to correct the fall or protect myself. I did 4-5 full rolls down the path down towards Balerno and the reservoir and my phone and HT scattered.

Shaken, I collected everything and sat for five minutes. Upon standing up to leave I made my second mistake: leaving my HT on the floor. I’d got a third of a mile down the hill before realising it was gone. In a lot of pain after falling and with no real desire to go back up a fairly steep slope I decided to gamble on someone finding it and handing it in, or asking passers by to collect it. The latter worked.

A local who lives ten mins away from me was passing. He was a mariner and familiar with radios and knew what it’d look like. Later on as we saw I had a volunteer (@MM0VPM ) go and look for it, but it’d already been picked up by two guys on bikes. For your efforts though, Alan: thank you!

But for the time being I tried to enjoy the day and take in the scenery, as well as licking my wounds a bit. 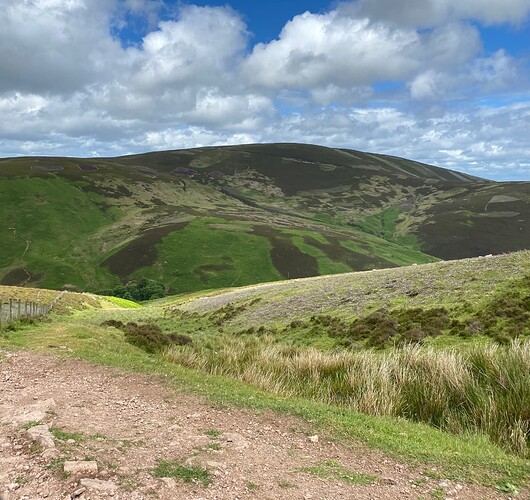 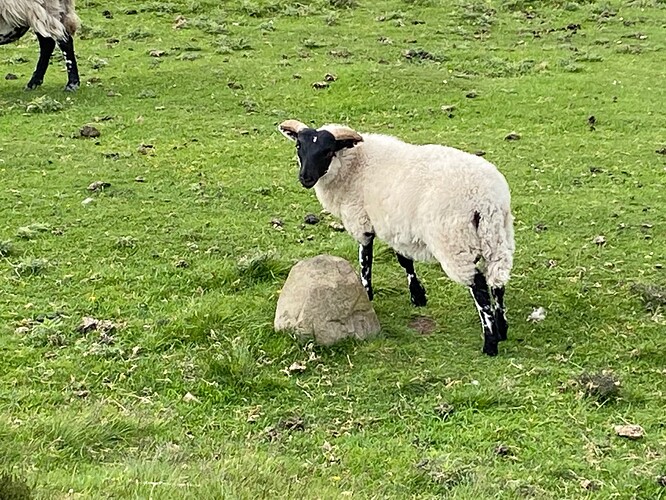 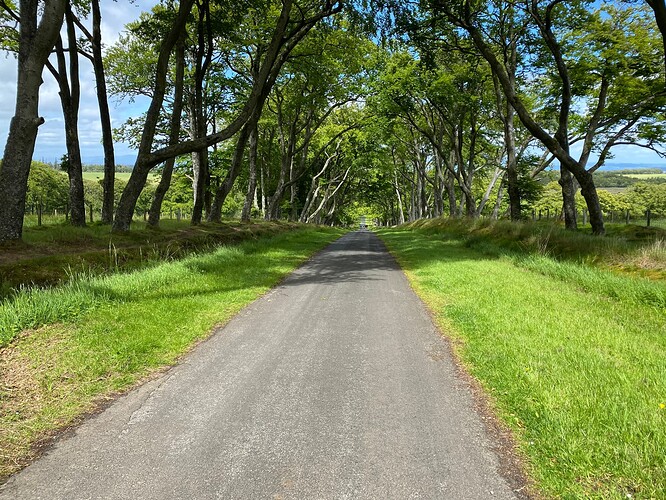 I eventually ended up in Balerno going past Threipmuir Reservoir before ending up at the end of the Lothian 44 bus route to catch my ride back into the Metropolis.

But what of my poor Anytone? My mariner friend asks two people THEY see on the way up if they have seen my HT. They say “no, but two guys on bikes just asked us if WE had lost some”. Then my guy sees them from afar, about a mile and half away, and heads in their direction.

They will never catch them, of course, on foot. But they clock their approximate direction and head there too. They realise it’s the information point at Flotterstone. When they reach the station at the starting point of the track they ask at the desk and… there’s my HT. It’s safe and sound and I get it back on Monday. My helpful chap picked it up.

In all I’m sad my day ended up how it did but very happy my HT turned up. And I’m so glad at how many folk got into SOTA because of it and hopefully how many others learned about OARC.

Lessons learned: better weather forecast checking, info labels on rigs, don’t move and operate at the same time, get some proper guys for my mast.

That second picture reminds me of the Windows 7 (?) background image. Evocative!

Glad you’re ok Mark. I read your tweet, which mentioned the missing radio, not the event that led to it!

reminds me of the Windows 7 (?) background

The internet tells me it’s XP. 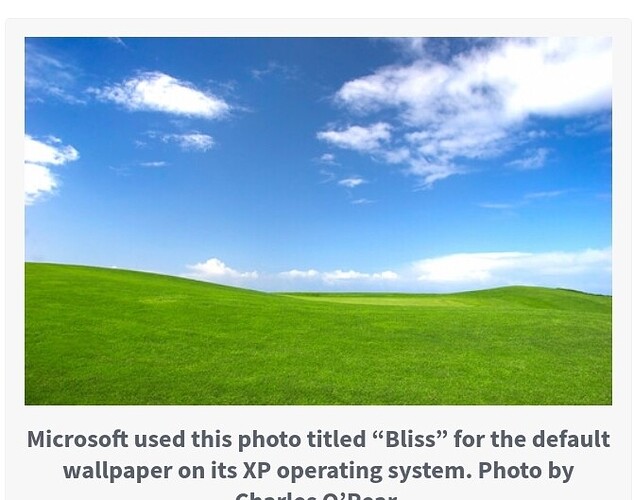 I’m sure that half of Hamdom still uses this.

The internet tells me it’s XP.

That’s the badger. Thanks for refreshing my memory

Ok, havent ever done this before but since Ellen didn’t make it out here’s my video off-cuts edited together into a thing. 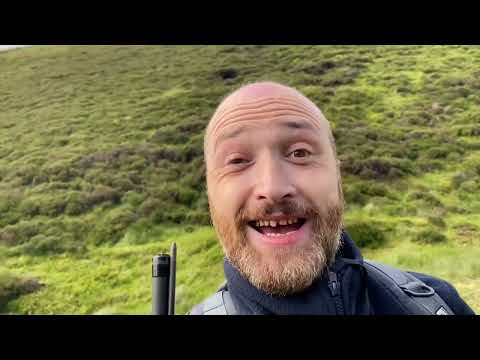